Maybe half a year ago, I was stunned and outraged to hear that one of my new favorite bands, Pocahaunted, was breaking up. The “Olsen Twins of drone,” Bethany Cosentino and Amanda Brown, fused psychedelic drone with spooky chanting to the tune of about a release a month. Not all of those CDs/cassettes/vinyl were groundbreaking, but they were rarely uninteresting. Then the well seemed to dry up.

From those ashes, though, have sprung two sublime bands. First, would be the resurrected phoenix that is Pocahaunted. Though they go by the same name, the group is hardly the same. Amanda Brown is still on board, but this time with a West Coast psych-super group surrounding her. Recent shows have reportedly featured a lineup including Britt Brown (Amanda’s husband, who records as Robedoor and is the co-conspirator at the head of the Not Not Fun label), Cameron Stallones of the woefully underrated Sun Araw, Diva Pompe (from blackblack, side project of Phantom Planet front man Alex Greenwald), and Ged Gengrass of ambi-mental duo Antique Brothers. 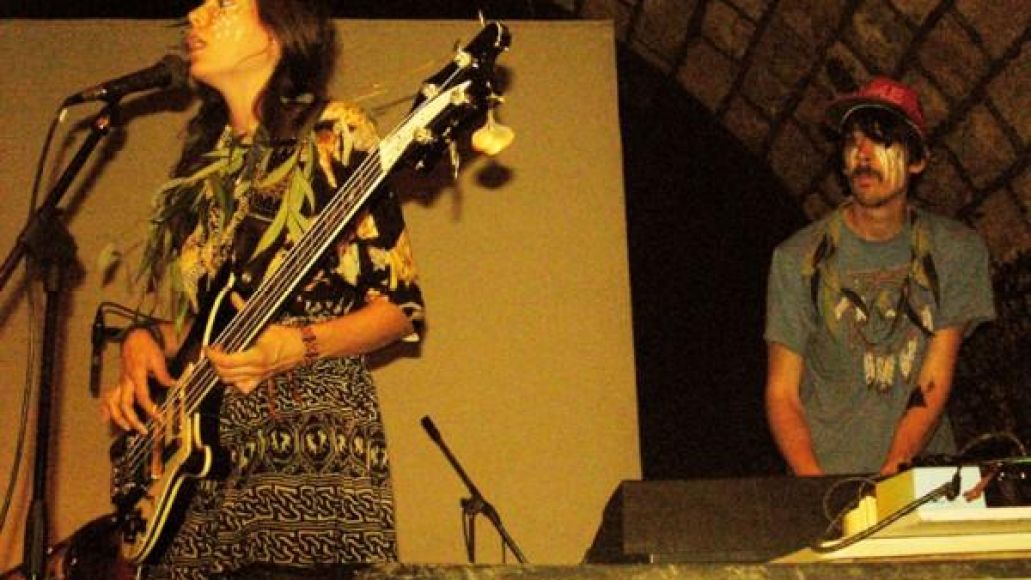 Live audio and video posted to the MySpace sound, well, a little jazzy, a little tropical. Which is weird. There’s a whole lot less fuzz; the recordings don’t sound so much Native American doom, as much as they do spacey, synth-steel-drummy. Heck, “Save Yourself” (recorded live in Amsterdam) even finds Brown riffing on the chorus of Talking Heads’ “This Must be the Place” (albeit underneath streams of  howling wind effects and skronking trumpet). From what’s been posted, it seems like Stallones’ organ is perpetually stuck on Plinging Caribbean Marimba, and Brown still loves face-painting. Altogether, the band is bigger, the sound less evil (it might even be called fun and cheery, at times). It’s tough calling this band Pocahaunted, considering the massive overhaul, but it’s an interesting new band nonetheless.

Cosentino, having left Pocahaunted, has taken to recording under the moniker Best Coast. Somewhat surprisingly, Best Coast has gotten a lot more buzz out of the gate than new Pocahaunted has, considering the conglomerate of California stars that joined Brown’s team. But the lo-fi beach blanket business has been good lately (thanks Wavves, Ducktails), so Cosentino’s version is a bit more on-trend. Longtime Pocahaunted contributor/producer Bobb Bruno (AKA Goliath Bird Eater and onetime babysitter to Cosentino, according to an interview with fashion/culture mag Nylon) is along for the ride, providing the basic, swimmy rhythms to pair with the psychy, fuzz-blasted surf pop. 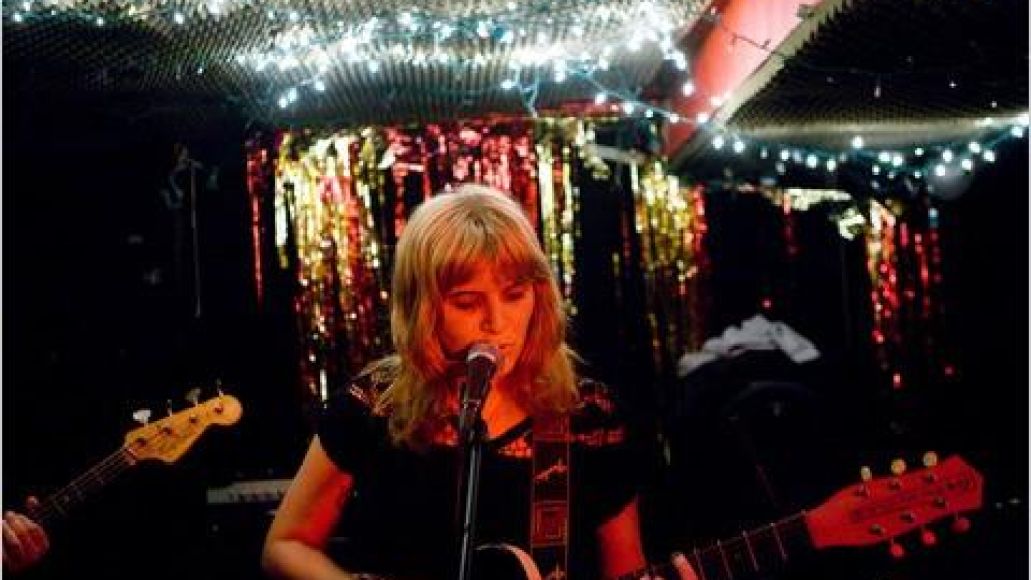 According to a Best Coast blog post, the band is supposed to have “Beach Boys bass lines” and make songs about “summer and the sun and the ocean and being a lazy creep.” The hit jam that encompasses all that and more is the sublime “Sun Was High (So Was I).” The overdriven guitar rides a wave of blissed-out fuzz, and Cosentino’s belted vocals power through the mess. All that buzz has garnered Best Coast a slot on a two-week West Coast jaunt, opening for the Vivian Girls. It’s almost a duh-inducing moment, seeing all the girl power on one bill, but that would certainly be a gig worth shelling out some dough for.

While I’m still mourning the death of the old Pocahaunted, the new directions of Pocahaunted Redux and  Best Coast are breaths of fresh air. Here’s to hoping they’ll both tour outside of California, Oregon, and Texas.