Last summer at the Wakarusa Music Festival, I caught something out of place. In the middle of the day, in a covered side stage with maybe 20 people around, Louisville’s Wax Fang was firing away like they were in a theater of a thousand. Lead singer Scott Carney threw his hand from guitar solo to Theremin distortion while Kevin Ratterman wailed on the kit as he provided keyboard atmospherics that worked over Jake Heustis’ exotic rhythm section and other special effects. There was so much happening on that stage it was easy to forget it was just a trio,

Since forming in the middle of the last decade, they’ve put out two records and scored some opening slots on a few high profile tours. Their sound combines the beginnings of glam rock with a killer voice, and together, you end up with more than just originality. You get something that you can’t put down. Their first record, 2006’s Black and Endless Night saw them fighting back the modern rock urges for something more meaningful. With 2007’s La La Land, however, they found their niche. 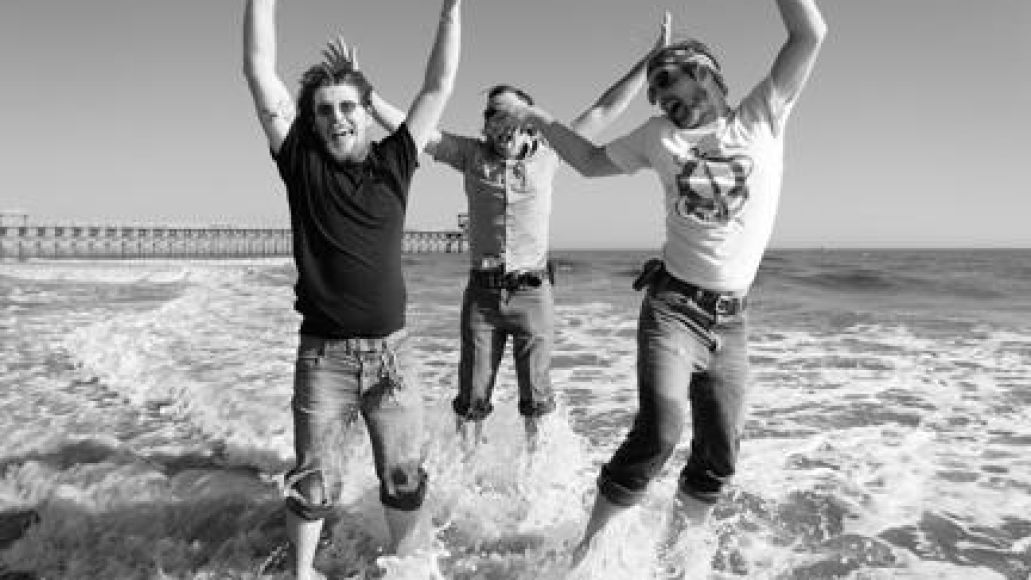 Everything on that record is larger than life. They take you from Queen-like guitar anthems to quiet pianos, then back to heavy riffs and modern distortion. It’s a bit of a refreshing break from all the less-is-more bands out there, especially since most musicians would rather put you to sleep then rile you up. There’s no gimmick, just pure creative talent that could have only come from the basement of Iron Maiden nerds who strap on the occasional cape and headgear.

From the set up of opener “Majestic”, to the anthemic guitar instrumental “Avant Guardian Angel Dust”, and the nine-minute acoustically driven closer “Wake Up Sleepyhead”, La La Land is the record that needs to be heard. It plays like a rock opera without the storyline, but the music is just as built up and dynamic — especially with Carney’s crisp, ringing guitars and vocal centerpiece.

Wax Fang is also a band that needs to be seen. The shows take everything that’s on record and blow it up, adding more elements to the musician’s energetic and demanding performance. At Wakarusa, they were a nice break from the rest of the festival who was busy stomping in the dirt to bluegrass and college jam bands. They stood out like an awkward nerdy relative, wearing headband’s with feathers and shirts way past their expiration date, but they played like heroes.

Truth is, we’ve all got a little rock hero in us. Wax Fang lets it out with music you can bang your head and shout along too. That’s what the 20 or so people did in Arkansas, and hopefully these guys will get to play in front of the giant crowd they’ve been dreaming about.