In what will hopefully be the start of a busy 2010 for The Knife, the acclaimed Swedish outfit has announced plans to unveil its brand new opera album starting next month. Commissioned by Danish performance group Hotel Pro Forma, Tomorrow, In A Year is a collaborative project based on Charles Darwin and his book On the Origin of the Species.

The two-disc, 15-track effort, which also features the likes of fellow artists Mt. Sims and Planningtorock, promises to “capture the huge width of the Darwin and evolution theme.” In fact, not only did the band extensively researched Darwin related literature and articles, but Olof Dreijer even attended a field recording workshop in the Amazon to find inspiration and to record sounds. That, ladies and gentlemen, is living your project.

Not surprisingly, the end result is billed as “unique.” An issues press release explains: “Richard Dawkins’s gene trees have formed the basis of some of the musical composition, artificial sounds have been mixed with field recordings, with the music inspired by everything from the different stages of a bird learning its melody, to a song based on Darwin’s loving letters about his daughter Anne. These are compositions that challenge the conventional conception of opera music.”

Tomorrow, In A Year will be available on digitial download stores beginning February 9th, while physical versions of the album will be released on March 9th. The actual opera, which made its debut last September in Copenhagen, has confirmed further performances to take place in Athens (Jan 8-9), Stockholm (Jan 29-Feb 1), and Munster (June 5). More dates are expected to be announced soon.

Check out the song “Colouring Of Pigeons” at theknife.com. Then, click here to read what else could be coming from The Knife is the months to come. Busy year, please. 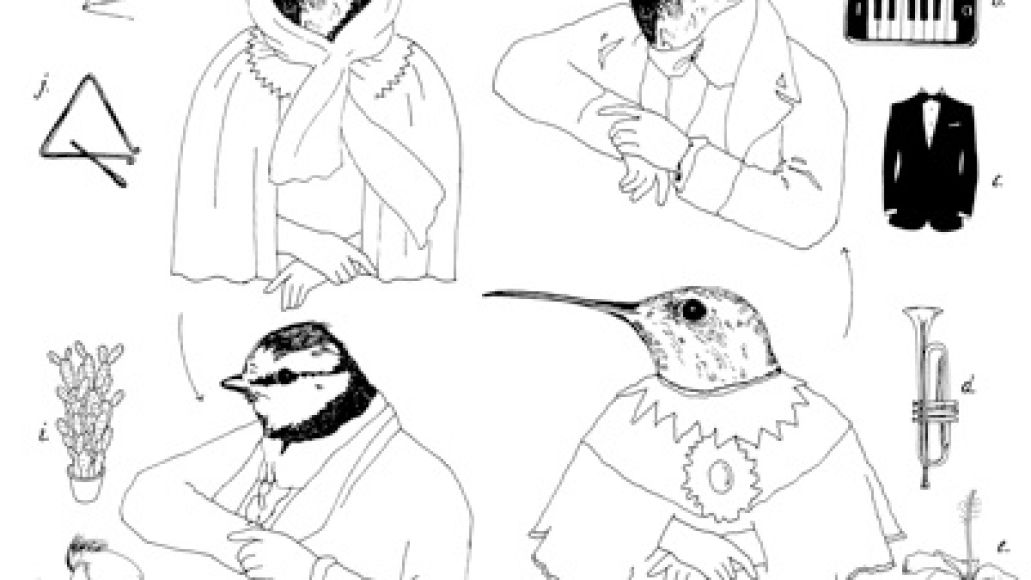