For those of you in the Midwest, the past ten days that have kicked off 2010 have been no laughing matter. The snow’s been incredibly thick and slushy, while the windchill factor alone has made this winter already completely unbearable. Mother Nature has a way of being cruel this certain time of the year by altering people’s ways of life and what not. That being said, however, it’s a great feeling once in a while when her ego’s slightly bruised from the aftermath following a great concert. Last night, deep in the heart of Chicago’s Wicker Park at Subterranean, revved up rockers Verona Red made damn sure to keep Mother Nature at bay and give these local Chicagoans something to already remember 2010 by. 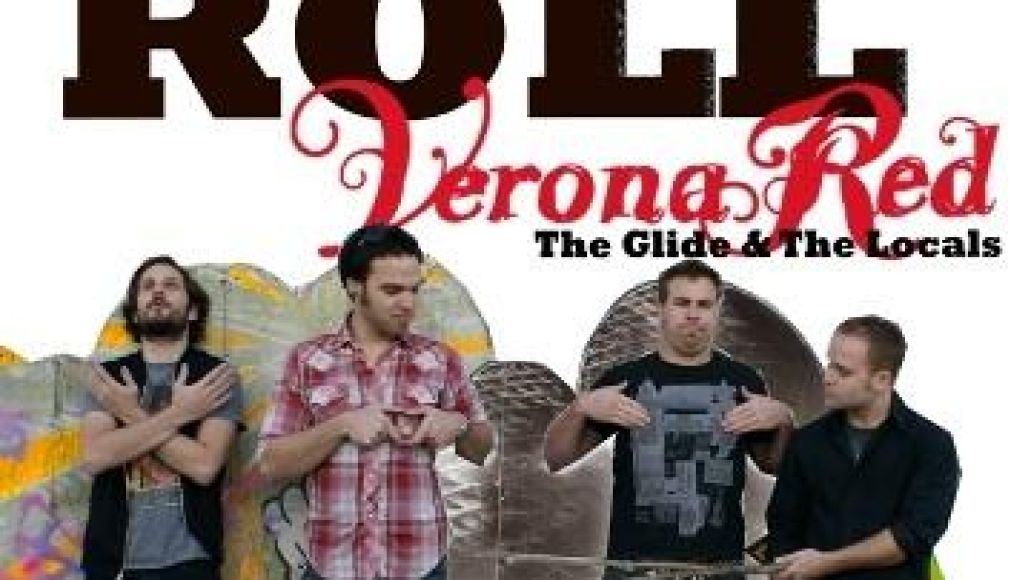 Kicking off the sonic jaunt within the bellows of Subterranean, Chicago female power trio The Locals wasted no time getting the crowd going. Frontwoman Yvonne Doll rollicked around stage with her mighty Gibson SG and banged out fuzzy guitar chords with great precision. Drips of power pop and early grunge oozed from the floorboards of these girls, and images of PJ Harvey and Cheap Trick immediately came to mind. “Elo’ kiddies” is right, and these rockettes felt right at home. Bassist Christy Nunes thrashed around onstage and carried the thunder on her back, right in sync with Doll’s elegant guitar work. It’s a known fact that the Midwest is full of pop-laden bands and much like their Chicago contemporaries The Smoking Popes, The Locals brought a great pop-grunge icebreaker to a heartwarming show and told everyone to stick around for Verona Red.

After the 20 minute break in between bands, Chicago dance rock outfit The Glide took the stage and revved up the intensity just a bit more. Coming off as a great hybrid of both Nick Cave and Jack Black (both in appearance and in vocal intensity), lead singer/guitarist Darius Lafkas wailed and waddled onstage like a wolf barking at the moon. Offering one part croon and the other half snarl, Lafkas and the gang punched Subterranean into galactic overdrive with their spacey style of dance rock. Epic dueling lead guitar battles with lead guitarist Hector Segura proved to be one of the band’s highlights amidst a sea of fog and the band’s stellar live show. With bassist Nick Lazas literally tearing his bass apart, The Glide came out on fire with a killer intensity and a penchant for larger-than-life sounds. If Nick Cave ever met Nebraska dance rockers The Faint in a boozed up tavern, The Glide would’ve been born right on top of the bar. Echo laden guitars dripped from the speakers and gave all three floors of Subterranean a great way to warm up against the winter chills that batted down the doors. It didn’t matter what went on that night, The Glide made sure to keep the rollicking party going nonstop. Keyboardist Jason Little got in on the action too, using his keytar as a musical battle axe against the thunderous beats of drummer T. Warren. Lafkas joked with the crowd that “we really do have a drummer up here, sorry for the fog!” and the crowd ate it up. As mentioned before, Mother Nature did her best, but just couldn’t keep this block party from stopping.

After much deliberation and preparation, the evening’s headliners Verona Red took the stage. With subtle smiles, the band launched into their heavy handed number “Marjorie” and got the crowd frenzied up in no time. Lead singer and rhythm guitarist Chris Balzer lit the place on fire with his searing vocals and impressive showmanship, while lead guitarist Tony Focht let his fingers do the talking. For a guy that can play like Ace Frehley, Focht’s lead-work was incredible to say the least, and lead guitarists in his field are certainly hard to find. Balzer’s toppled guitar work and demure-but-playful demeanor guaranteed a great night out with these wild cats. Something about their overall sound struck me in a way I’d never felt before until I came home: They happened to hone in on a specific time period without sounding stale. The entire time watching the fearsome quartet, I felt the year 1991 came back to life with a good amount of the 21st century thrown in for good measure. Bands such as Fishbone, Teenage Fanclub, early Pearl Jam, later David Bowie, and others seemed to mash up all at once and come out flawlessly through Balzer’s pipes and the band’s guitar work. 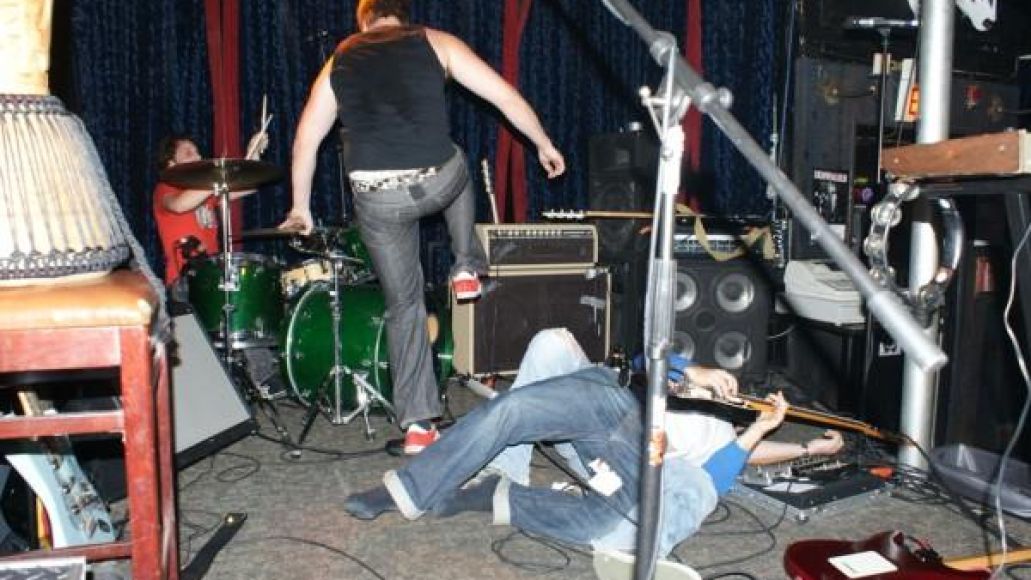 The band then proceeded to thank the audience for coming out amidst the snow and cold. For their first show in 2010 (after missing a chance to perform a Christmas gig), Verona Red celebrated St. Nicholas proud with rounds of gifts. Guitarist Balzer tossed condoms into the audience (one landing right in my hand), small tambourines for percussive helpings, and even an old jock strap. Their sense of humor couldn’t be mistaken, and for the first time in a while, it was a breath of fresh air to see a band so jolly and happy, ego-free and friendly, but who could also play some fantastic music. Verona Red then launched into an incendiary version of “Warm Body Syndrome” to keep the block party alive. Bassist John Bottrell towered on top of drummer Mike Panagakis’ bass drums like a colossal beast, thumping and grinding all the way home. The band were joined by equally great backup singer Bethany Thomas, and man, this woman could wail. Thomas’ and Balzer’s vocal harmonies really sealed the deal on this Chicago quartet. Bluesy, sultry, rocking, and overall awesome, Verona Red made a statement for the masses and included a great cover of David Bowie’s “Let’s Dance” in the process (with Focht’s leads channeling the great Stevie Ray Vaughan), in honor of the English legend’s recent 63rd birthday. The band closed out their colossal dance rock blues jaunt with an impressive encore jam where both Balzer and Focht exchanged impressively scorching leads. You just had to be there.

Mother Nature blew and tried to batten down the hatches of the Subterranean, but she failed miserably. No one on this particular Saturday night was going home unhappy, and Verona Red made sure of that. The Locals offered a poppy grunge assault, The Glide offered a trip into space to shake some booties, but Verona Red put the “rock” back into the rock show. Stars are shining bright for this eclectic quartet, and I honestly can’t wait to see them again. Is this writer biased? When it comes to bands kicking ass, only the truth comes out, and yeah, Verona Red is the best Chicago band you must hear, Faithful Reader, hands down.

Verona Red sends up a heat wave at Subterranean (1/9)