Do you remember an old program on VH-1 called Where Are They Now? Do any of you actually remember VH-1? Okay, all jokes aside, that show actually was pretty cool — you know, in the same way we all kind of got suckered into watching Pop Up Video every morning? The truth is, bands enter stage right and exit stage left almost every year. It just happens. It’s sort of the “nature” of the music business, really. Well, most of the time these band’s stories don’t necessarily end. Some start other bands, some dissolve into another genre, and a few even transition to different markets in entertainment like Broadway, Hollywood, or even television. Of course, some hit up the local deli to chop meat, but regardless, it usually makes for a fairly interesting story. That’s where this feature comes in! So, if you’ve ever been itching to find out what happened to some obscure ’80s act or even a ’90s one hit wonder (and you’re too lazy to peruse Wikipedia or do your own research), we’ve got you covered.

If you don’t already know of The Waitresses, chances are you may well have heard a song on the radio over Christmas called “Christmas Wrapping”. It’s a beautifully bittersweet song, yet with a happy ending that befits the season, sung as a semi-rap, with lyrics that shouldn’t fit but somehow do. It’s a tune that has outlived at least one band member and though it wasn’t a big hit back in ’81, it has survived and flourished alongside a select band of, love ‘em or loath ‘em, what you’d loosely call classic Christmas pop songs.

We have The Waitresses to thank for “Christmas Wrapping”, or more specifically their songwriter/guitarist, spiritual leader and all round good guy, Chris Butler. Ohio bred Butler wrote all the band’s songs and originally formed The Waitresses as a side project to his main work, playing around the Akron area with bands such as Tin Huey and The Numbers Band. The Waitresses existed in Butler’s mind before they became an entity. He even coined the band name because it just sounded kinda New Wave.

On the way to forming The Waitresses, Butler enlisted Patty Donahue to sing a few Waitresses songs at Tin Huey shows. Butler relocated to New York and when labels started to take an interest in his songs, notably the catchy “I Know What Boys Like”, the songwriter put the band together, recruiting fellow Midwesterners who’d also moved to NYC and persuading Donahue to quit waiting tables in Ohio for a singing Waitress career. Despite her decidedly brunette hair tone, Donahue’s image as the Prom Queen gone bad girl led to some comparisons with Blondie and indeed the band’s sound on their admirably titled debut album, Wasn’t Tomorrow Wonderful, was a more experimental take on the Blondie of Parallel Lines.

The first album is littered with good songs that have stood the test of time, most probably because the melodies are strong and the lyrics are always literate, often witty and sharp in their observations. Their real strength though lies in Chris Butler’s knack of writing credibly and almost naturally from a female perspective and Patty Donahue’s ability to interpret the songs and bring them to life like she wrote them herself. It was almost like a persona was created for Donahue and she lived it to the full. The follow-up album, Bruiseology, released a year later in 1983, contained arguably an even stronger set of songs in which Donahue’s character was developed further. Despite the darker tones, there is invariably a positive, almost idealistic, aspect to Butler’s writing that leaves you feeling uplifted. 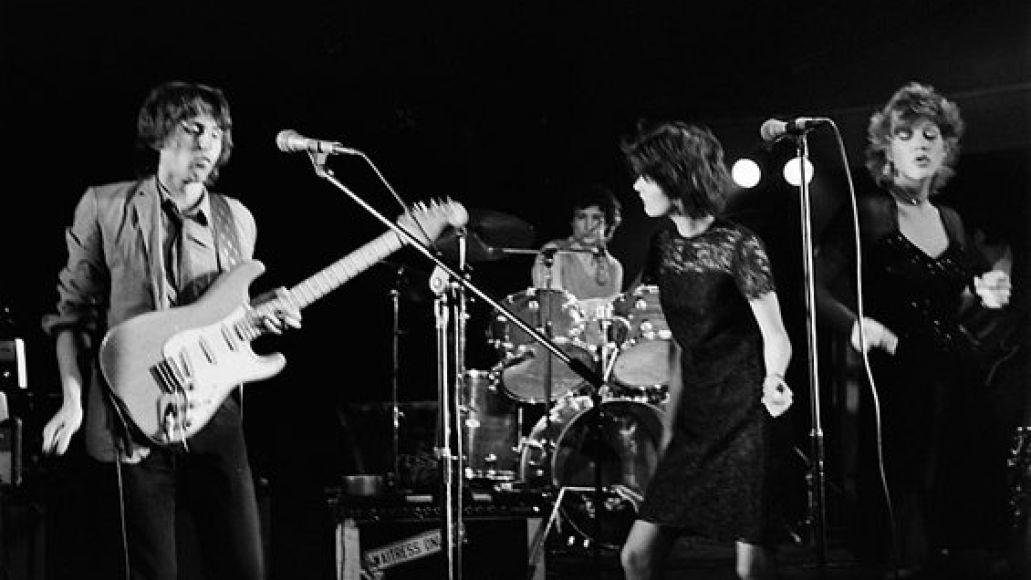 The Waitresses recorded those two albums and two EPs during their brief tenure. You won’t find “Christmas Wrapping” on either album but it is on their Best of The Waitresses collection, or available as a download. Purely as a collector’s item, you might even find it on 12” vinyl. Throughout the repertoire, Donahue delivers Butler’s killer lyrics in a delightfully deadpan drawl and the band decorates a tight, economical sound with bursts of guitar, sax or keyboards. It was a short but oddly prolific period as the band also provided the theme song to a kind of pre-John Hughes TV teen comedy, Square Pegs, which starred a young Sarah Jessica Parker no less. The band make fleeting appearances during the series. 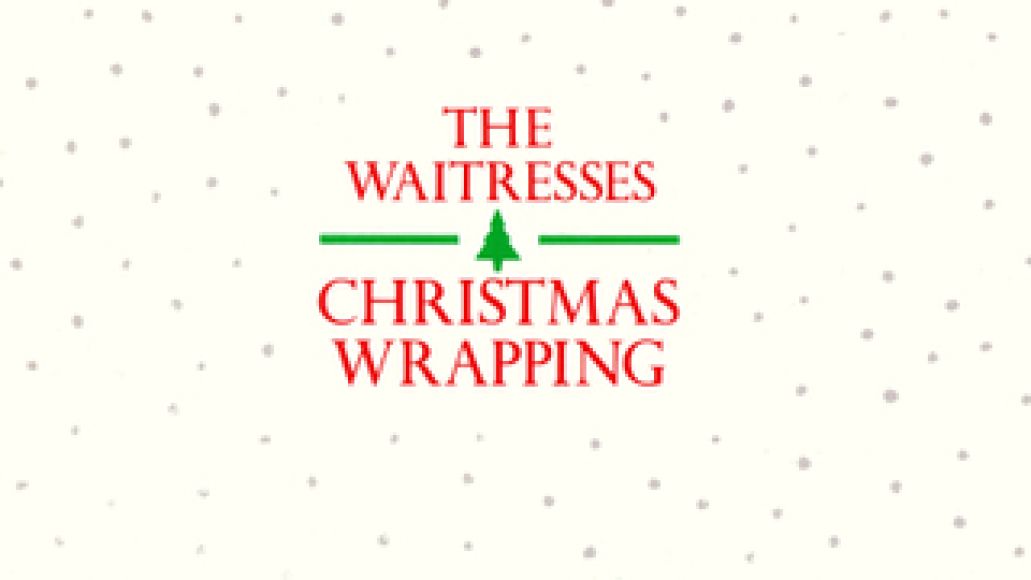 While a few people came and went, the classic Waitresses line-up is claimed to be Chris Butler (guitars), Patty Donahue (vocals), Mars Williams (sax), Dan Klayman (keys), Tracy Wormworth (bass) and Billy Ficca (drums). The band survived till late 1984. Where are they now? After the split, Patty Donahue worked in the media for a while before moving in A&R . She sadly died of lung cancer in December, 1996, at the age of 40. The other female Waitress, bass player Tracy Wormworth carried on as a working musician with credits that include Sting, the B-52’s and Wayne Shorter and the house band on The Rosie O’Donnell Show.

Meanwhile Chris Butler is now a sprightly 60-year-old, still in New York, a working musician and producer for such artistes as Joan Osborne and Freedie Johnston. He has his own label, Future Fossil Music, and has recorded experimental offerings like The Devil Glitch, which includes an intriguing 69-minute single that made the 1998 Guinness Book of World Records as World’s Longest Pop Song, and The Museum of Me, a song collection recorded on wax cylinders, wire recorders and antique tape machines. His priceless blog is worth a thousand websites and can be found here.

Sax player, Mars Williams, is now Chicago based and after stints with the Psychedelic Furs, Billy Idol and The Power Station, plays with a variety of jazz bands, from the avant garde NRG Ensemble to the acid jazz Liquid Soul. Drummer, Billy Ficca, has played with several bands, notably Television, with whom he has a close association.

Best Of The Waitresses: 20th C…

For our UK readers:

Whatever Happened To: The Waitresses