San Diego typically plays the role of little brother to the city of angels up north — fewer touring acts, not a festival in sight, and less hype than a Hootie and the Blowfish concert. It’s a city founded on Navy veterans and SeaWorld for god’s sake. Yet if you’re looking to get stuck in a circle pit, thrown by a Samoan security guard, and stepped on by the lead singer of a band no one’s ever heard of, you’ve come to the right place.

SOMA is located in the heart of, well, nowhere. Located right off highway 5, the only real landmarks close to the venue are an In-N-Out Burger and the Sports Arena, where minor league hockey was once played and most certainly never watched. Even the neighborhood lacks composure, where desolate warehouses and pink neon strip clubs neighbor Chuck E. Cheese and a laser tag center. Despite the obvious warning signs, SOMA boasts an atmosphere straight out of Detroit Rock City, where hardcore, ska, and the occasional major band thrive together with their all-ages audience. 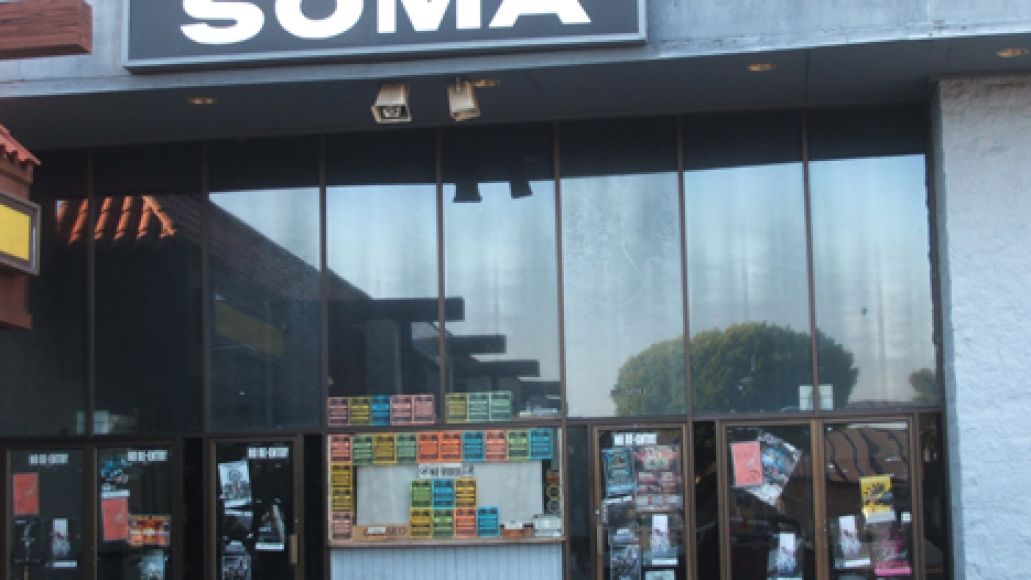 Even with a less than glamorous appearance, SOMA has a surprisingly long history in San Diego. Len Paul opened the club in the early 1990’s at a downtown warehouse, just SOuth of MArket street. (Hence the name.) Overall a generic venue, the one selling point was its basement, with a capacity of just around 100 people. Here bands like blink-182 and Unwritten Law gained local approval before moving on to national fame. After a move and a five-year hiatus, SOMA found its current home at a former movie theatre, where seats and walls were torn down and projection offices were turned to dressing rooms. 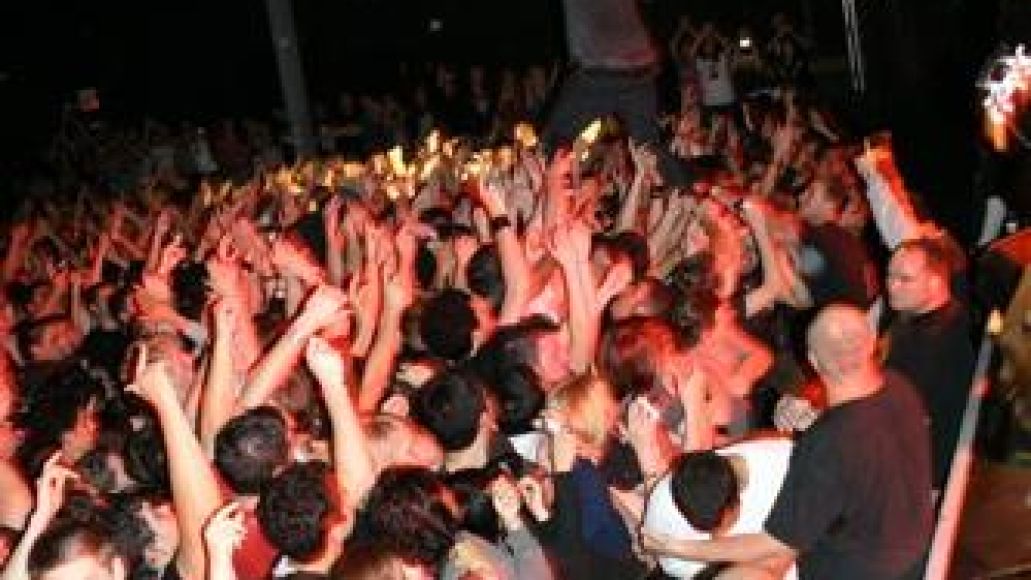 As you enter the club, you’ll be greeted by a dark spacious lobby where bands sell merch and kids lay on the shredded carpet waiting for the next act to come on. Walk to the right to enter the side stage, where locals headline and moshing is as common as the sight of studded belts lined against the front rail. At less than 500 capacity, side stage is the perfect place to give young talent that taste of stardom minus the disappointment of an empty house.

Left of side stage is SOMA main stage, and yes, it’s the main attraction. With a crowd of 2,500, you would think a show cased in black concrete walls would appear impersonal, outlandish, possibly even painful. Yet the outcome of this barbaric chamber can only be described as magical. With no seats, the forced standing puts you at almost eye level with the band, on a stage with just enough room for the likes of The Mars Volta, Incubus, Passion Pit, Conor Oberst, Circa Survive, and so many others to grace San Diego with their presence. Each and every square foot is a good place to stand, and even with the crowd moving in a packed wave, the feeling of claustrophobia is a blessing. There is no such thing as a lonely night at SOMA, no matter how drunk you are entering the pit.

Even if the name of the band playing sounds more like a Halloween costume than a live act, spend five bucks and go to SOMA. It’ll be the best time you’ll have south of the Hollywood strip.