No clever introduction here. Dazed and Confused is simply one of the finest, if not thee finest, film about high school ever made. It launched the career of several actors, as well as its writer/director. Richard Linklater not only painted statues to look like KISS, but painted a picture of high school that many have tried to duplicate, but have never replicated. The movie’s success is attributed to its great cast, quotable dialogue, and, of course, the music. In fact, the soundtrack was so good, they made two: Dazed and Confused and Even More Dazed and Confused. Both outstanding soundtracks, both worth investigating.

The film takes place in Texas during the mid-seventies. School is ending for the summer, and we follow the mini-adventures of a group of students in one evening. Sound like American Graffiti? Sure. There are many similarities between the two. However, Linklater & Co. make the film its own beast, its own entity — and the music shows you the way.

The film begins on the morning of the last class of the school year. However, before a frame of this is seen, we hear the opening of Aerosmith’s “Sweet Emotion”. Characters that we will see throughout are introduced sans dialogue, and during this montage the music is actually the soundtrack of their lives. Linklater wanted to use Led Zeppelin’s “Dazed and Confused” for the opening, as well as other Zeppelin songs, but Plant declined permission. (Hey, I’m all for artistic integrity, but I guess the band only likes cars.) In retrospect, it’s hard to imagine the opening without the Aerosmith tune. 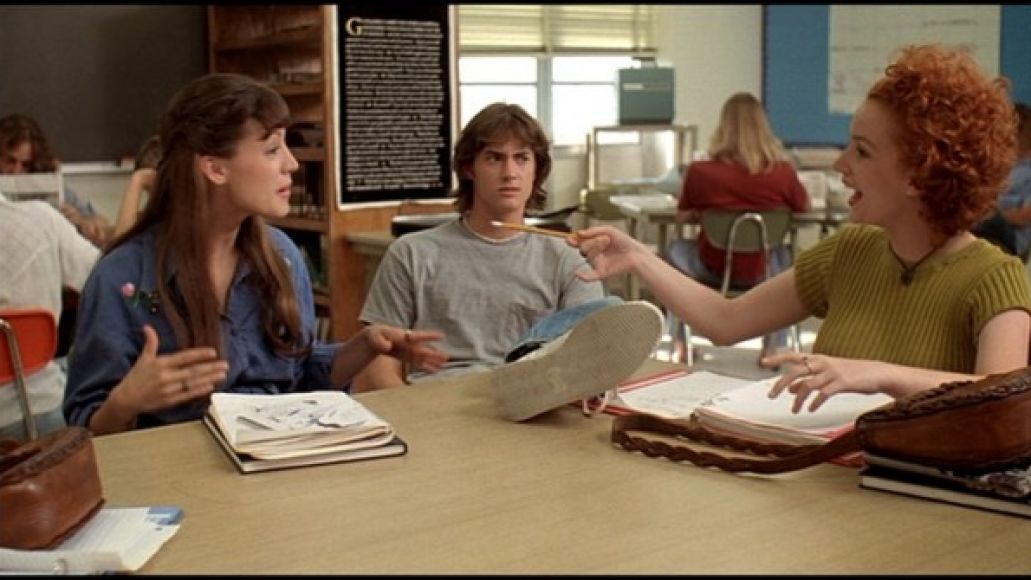 One of the recurring story arcs is the act of soon-to-be-seniors paddling the incoming freshmen. The songs played during some of the chase sequences don’t necessarily match what’s happening on the screen lyrically, but that boils down to “car music”. Usually when a song plays in a movie, only the audience can hear it. However, in Dazed and Confused you get the sense that when Dawson, Benny, and Pink are chasing Mitch they are actually listening to Deep Purple’s “Highway Star” in the car. O’Bannion and company have got to be listening to Black Oak Arkansas’ “Jim Dandy” in their pursuit of Mitch. Other times, driving scenes do correlate to the music.

Edgar Winter Group’s “Free Ride” and War’s “Low Rider” serve their respective montages well, as the assorted jocks and misfits drive the streets of Austin. Of course, during “Low Rider” is when we meet Wooderson, the guy that never really left high school. He is played by Matthew McConaughey, in one of his earliest roles. He is great here, though it’s funny that he has slowly become this character over the past 15 years.

We then meet the ladies of the film, along with their ringleader, Darla, played by Parker Posey. She relishes in torturing the incoming freshmen girls maybe more than she should. If Ben Affleck’s O’Bannion is the asshole of Dazed and Confused, then Darla has to be the bitch. War’s “Why Can’t We Be Friends?” is played as ketchup, flour, mustard, and other condiments that shouldn’t mix are poured upon the girls in the hot Austin sun. In other conflicting ideologies, note that Ted Nugent’s “Stranglehold” is played during a scene where kids are smoking pot in a friend’s room. Nugent and KISS’ Gene Simmons, whose music is also played throughout, are both anti-drug advocates.

Alice Cooper gets represented on the soundtracks, as well. His songs are on-the-nose when it comes to when they are played. “School’s Out” is played when school is out for the summer and “No More Mr. Nice Guy” during O’Bannion’s capturing and subsequent paddling of Mitch. Other artists that appear multiple times include Peter Frampton, Texas’s own ZZ Top, Black Oak Arkansas, and Foghat. 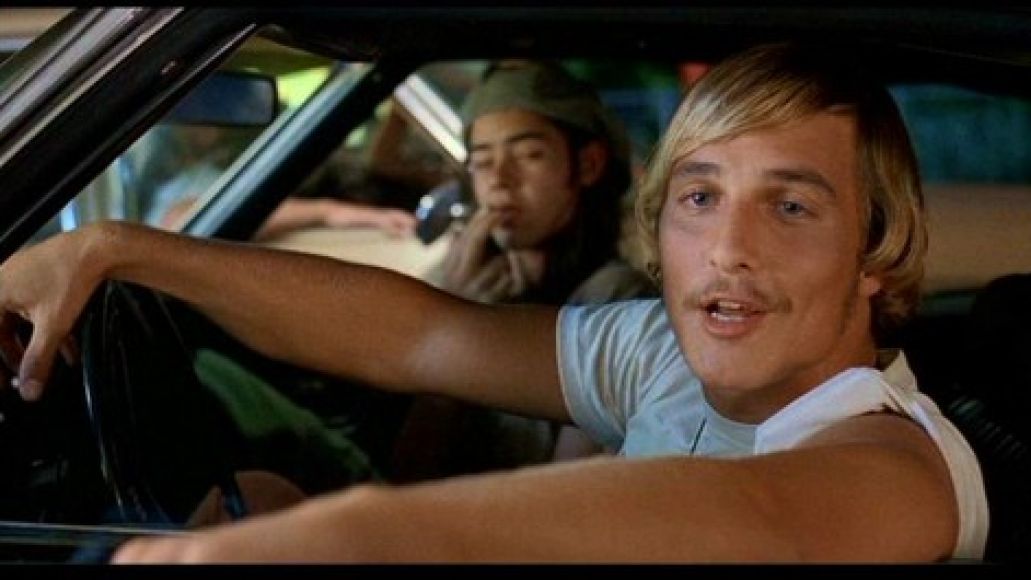 Matthew McConaughey at his finest hour.

There are subtle moments of connections between song and scene. Frampton’s “Do You Feel Like We Do” plays in the background as Pink relates his experience of being paddled by seniors with the newly-initiated Mitch. Dr. John’s “Right Place, Wrong Time” plays as Benny chats with Pink about signing a document that states he will remain sober and responsible during the summer, serving as a killjoy for the party.

Of course, there are also not-so-subtle moments on the soundtrack. Nazareth’s “Love Hurts” plays during an eighth-grade dance, one of the classic “school dance” songs from the era. Seals and Crofts’ “Summer Breeze” serves as background music for two characters making out. Like the aforementioned “car music”, these “make-out tunes” make plenty of sense for the movie they appear in.

There are roughly two billion other songs that appear in the film, as well as some that didn’t appear in the soundtrack (e.g. Bob Dylan’s “Hurricane”). Like Rushmore, however, the scenes that feature no music at all are made that much more potent. After the party at the moon tower (that only lasts about 15 minutes, by the way…could have sworn it was half the movie), a few of the main characters go to the high school football field to finish off their night of drinkin’ and smokin’. No music needed for the following monologues during this sequence, though:

Then Pink just stares off into the night sky. It’s a great moment in one of the decade’s finest films. When the dawn comes, the friends drive straight into the credits as Foghat’s “Slow Ride” plays. It’s a reminder to slow down and enjoy life. Nearly 20 years later, it’s still hard to ignore that mantra, or resist enjoying Dazed and Confused: the movie or its two classic soundtracks. 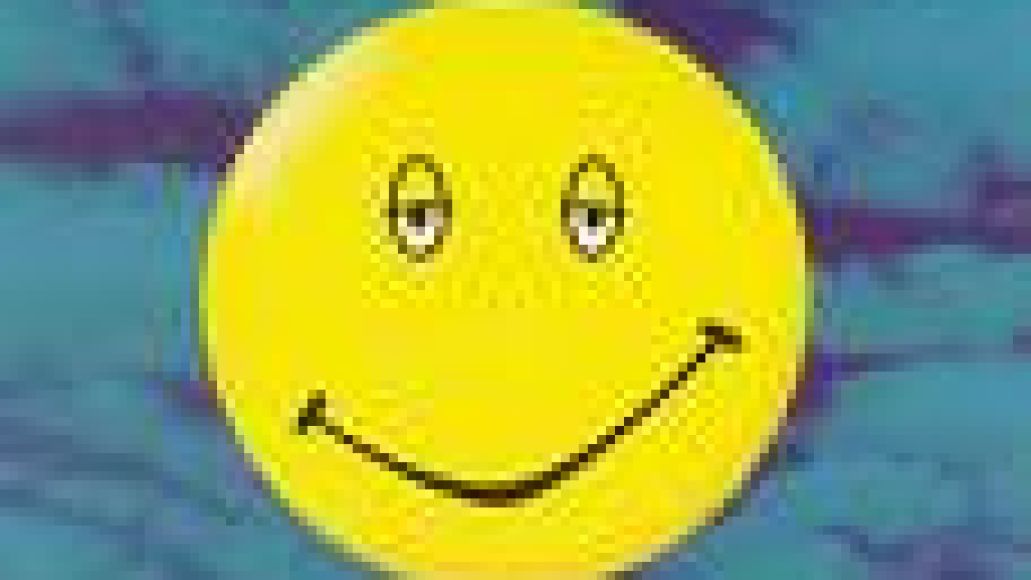 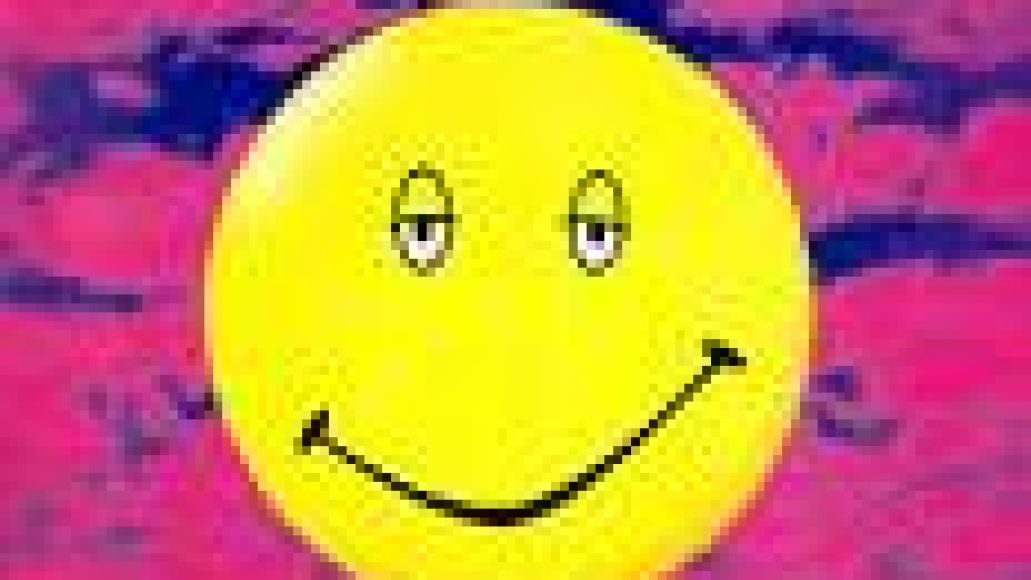 Even More Dazed and Confused Tracklist:

Both soundtracks available via Amazon.com