Let us take a moment and reflect.  In the standard tumult of musical news this past year, the grandiose Download Festival was greeted by an unlikely act–a rebuilt, reinvigorated Faith No More. The band that gave mainstream radio and MTV a good run on songs like “Epic” and “From Out Of Nowhere” in the United States had returned with a strong set and a fine hello, streamed live on YouTube for all to see. Most people know the story by now: Faith No More disbanded out of the blue in 1998, and only pure devotees paid attention to the aftermath that became experimental avant garde vocalist Mike Patton. There are a lot of reasons to be billed as an “alternative” performer or group, between grunge, college, indie, and weird inclusions like the Dresden Dolls; in hindsight, though, the word “alternative” is as much a cliche now as “sell out” or “platinum”, a handful of exceptions like Mike Patton notwithstanding. 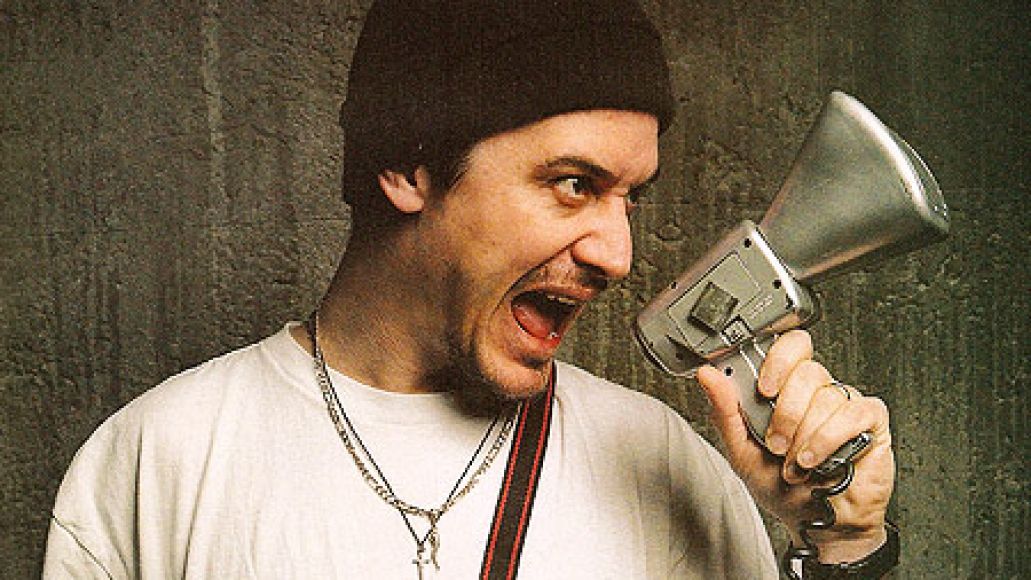 Faith No More was formed in 1981 with Chuck Mosley handling vocals. When Mosley was ousted in 1989, the band replaced him with Eureka, CA born Michael Allan Patton, best known for his experimental rock outfit Mr. Bungle. Appropriate town to birth this virtuoso, no? For nine years, Patton and company became a driving force in metal and alt rock–no one had ever seen a singer like this. He was full of raw energy and his vocals at times felt very alien. While in the early stages, there was heavy focus on the falsetto and nasal-sounding delivery (“Epic”, “From Out Of Nowhere”), Patton’s experimental nature got the best of him and he proceeded to hit his low notes with equal form (“Evidence”, “Last Cup Of Sorrow”) while throwing in the occasional love song (“Ashes To Ashes”). FNM became the tip of a giant iceberg, as Patton had continued working with Mr. Bungle on two Warner Bros. releases during this time (California came out in 1999, just after FNM disbanded in ’98). While Faith No More catered to a wider audience, its exposure allotted Patton a stage for Mr. Bungle’s much needed avant garde attention.

If you were to browse Wikipedia for Mike Patton, you will note that toward the end of Faith No More he dipped his hands in everything experimental: vocal effects (Hemophiliac, Naked City, Painkiller, FantÃ´mas), hip-hop (Rahzel, General Patton Vs. The X-Ecutioners), pop (Peeping Tom, Lovage), industrial (Tomahawk), and advanced improvisational work, including jazz and musique concrete. One fine example of this balancing act comes from a live performance of Tomahawk’s “God Hates A Coward”, where Patton sang his verses through a gas mask while the band was dressed in mock police uniforms (representative of LAPD, most likely).  Some critics argue that Mike Patton has one of the most versatile voices in rock music, able to jump from scat (FantÃ´mas’ Suspended Animation) to opera, to metal screams (Tomahawk), to soulful balladry and lounge (Faith No More’s cover of Lionel Richie’s “Easy”). That may sound like “word vomit”, but Patton’s Ipecac record label (founded in 1991) sarcastically holds on to the idea.

To showcase the supposed versatility of Patton, we turn to the apocalyptic science fiction thriller I Am Legend, starring Will Smith. For those who have seen it, you may remember that the monstrous “mutations”  had no actual dialogue, but instead a series of wavering tones marked by shrieks and screams. You can credit Patton for that voice acting: he performed them all au naturale, without effects pedals or the like. This sort of range could easily give Jonathan Davis of KoRn a run for his money, yet the audience for the Patton acts other than Mr. Bungle and FNM are not nearly that size. So, why is Patton an Icon of Rock? Two main reasons: he is indeed a phenomenal vocalist, but he is also the epitome of the anti-rock star. According to Faith No More band mate Roddy Bottum, Patton’s “only drug is caffeine”. He loathes the overzealous and greedy lifestyles of more famous rock “icons”: Take, for instance, the lyrics he wrote for the Peeping Tom song “Mojo”, the music video of which stars Patton associate, actor, and longtime fan Danny DeVito.

I was introduced to Faith No More properly a couple of years after the break-up. I had heard “Epic” and seen the video multiple times, but I had never put much thought into it. I was still riding the Limp Bizkit and Eminem wave at the time(sue me). The album that hooked me was Angel Dust, a much more chaotic and darker release than the regularly rotated The Real Thing. For a long time, I took this band seriously but never really explored anything beyond it, chalking FNM up to an obscure rock act that never regained its footing in the States post-“Epic”. During a stint at Sam Goody (I am so lame), I ran across Peeping Tom in the used CD aisle. The packaging was stunning, and it was only selling for $5.99; I bought it alongside some old David Gilmour solo work and a Tim Curry vinyl the same day, but Peeping Tom was played ad nausea for a good couple of months. Why? Because I just cannot get enough of this loner vocalist from California.  You don’t need to be a fanatic to get what his impact does to people. You don’t need to own every archaeological release by Patton to appreciate his influence on rock music. 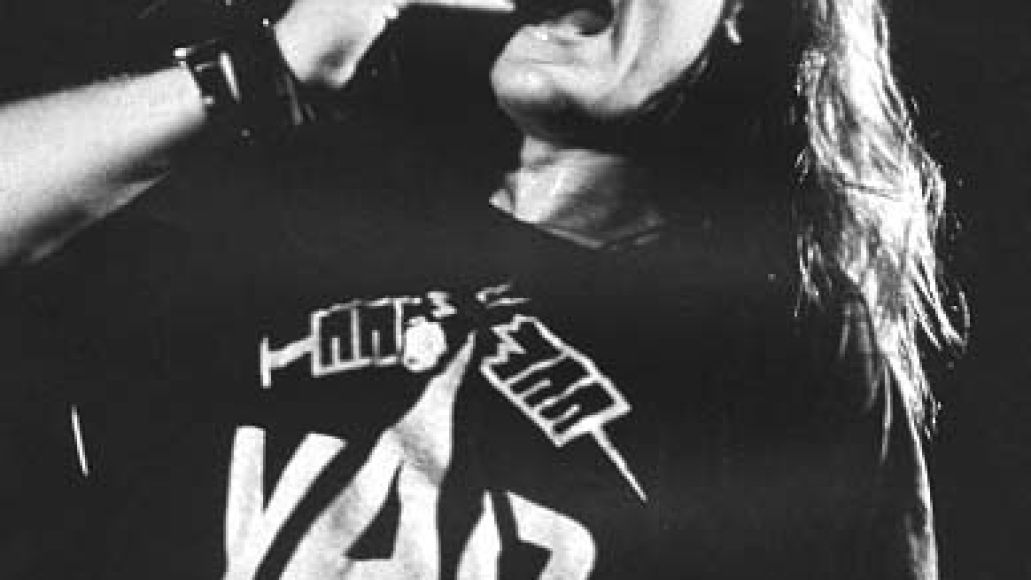 Let me be blunt: “Alternative” is a dying art. Despite a select few acts, alternative rock is becoming the new modern rock at a quick pace; Independent artists are getting more exposure than most ever thought possible. While the creativity still exists, there is now a niche to be filled and a demand to be met. The music industry is constantly trying to combat file sharing, while their business models have been constantly called out for falling apart or needing an upgrade. Mike Patton has circumnavigated this structure by becoming the very definition of what true alternative stands for: traveling beyond the scope of the everyday norm.  Patton is a force that revolutionizes vocal tracks everywhere he goes, and this same motivation allowed for the discovery of bands like The The.

Just think for a second where Patton would have wound up had Mr. Bungle taken off before Faith No More got a hold of him… he might have stayed tucked away in the abyss of long-since-exiled garage bands or the meandering echoes of performance art in California. That nine year run with FNM brought us a man with boundless opportunities at his fingertips. It gave him notability, put him on a pedestal. Alternative might be cliche now, but Mike Patton just strolls along in his own little world, not giving a fuck and doing his thing. On the other hand, Mr. Bungle might have become bigger than Faith No More had it lasted well into this new file sharing age. The “new alternative” crowding the market has placed Patton on the back-burners of entertainment for the majority of listeners, meaning the nostalgia of Faith No More comes up more than Tomahawk or FantÃ´mas.

Do yourself a favor: Find Peeping Tom, Lovage, Tomahawk, and FantÃ´mas.  Hunt for Peeping Tom, Mit Gas, Music To Make Love To Your Old Lady By, and Suspended Animation. Give those albums a good listen, and only then will you know the true icon of alternative that is Mike Patton. I wrote this article having gotten in late in the game, someone who needed a jolt to the system, so you can find that same jolt (any hipsters convinced that everyone knows these names already can bite me).