Past the wallpapered windows of posters for upcoming shows, there is a room that is engrained the in the memories of Seattle’s music fans.

While it’s nothing spectacular to the eye, it’s rich in history with performances of the up-and-comers.

Mixed in with the area’s many bars, Neumo’s (pronounced “New Moe’s”) in Seattle’s Capitol Hill neighborhood looks like another bar to the casual passer-by. Walking past are all the 20-somethings heading to the bars or grabbing a hot dog outside one of the three surrounding carts at 2 a.m. But inside holds much more than some good microbrews (although its three full-service bars are a nice perk).

When you first walk in, the bar atmosphere you were expecting is still with you. After you check your tickets with the bouncer, a narrow hallway with dark floors and ceiling leads you to the large main room. And although there’s a chandelier and a couple disco balls to fancy the place up, it looks like your average nightclub. A raised stage and velvet curtain backdrop framed by a large row of stage lights appears around the corner. But it’s apparent this isn’t a fancy production as equipment for upcoming bands lies next to the stage in plain site and you can catch band members of upcoming shows walking around or standing outside on a smoke break. 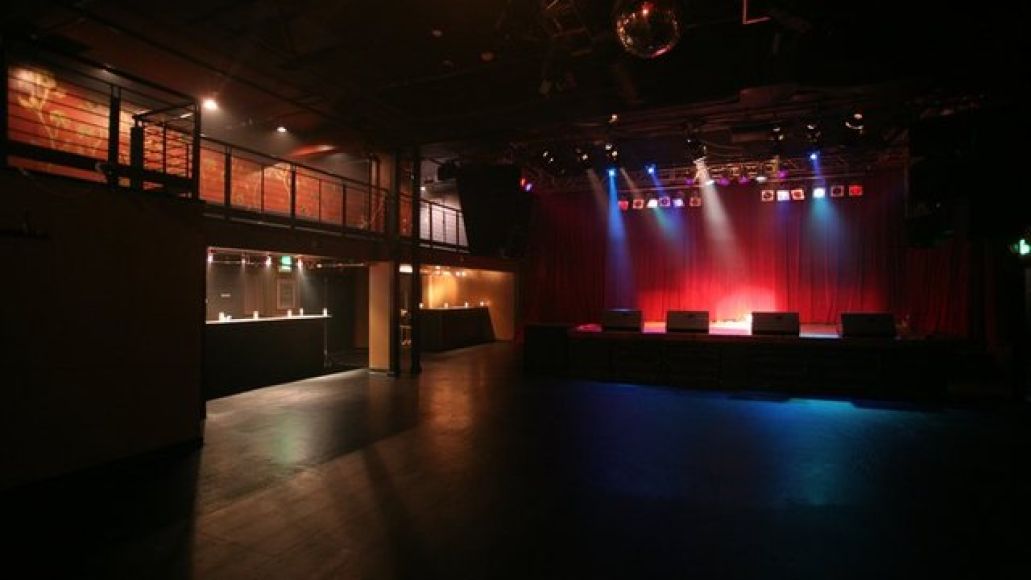 But fancy or not, there have been some unforgettable performances. From shows including Band of Horses, The Shins, MGMT, The Avett Brothers, Vampire Weekend, The Cave Singers, Stephen Malmus and the Jicks, The Yeah Yeah Yeahs, and more, Nuemos  (especially when it was formerly known as Moe’s Mo Roc’n Café created in ’92) has been known for its performances of up-and-coming acts. Notables are numerous performances by The Presidents of The Unites States, a free Radiohead show, and a 40-person turnout for No Doubt back when they first began.

Neumo’s is also a popular venue for community events. During Seattle’s Capitol Hill Block Party, Neumo’s becomes a popular stage and a giant portion of the one-block beer garden. The bar on the upper mezzanine becomes a resting point for those who have been dancing all day or had a few too many cheap beer and drink specials from the Neumo’s bar. The upper mezzanine’s railing also becomes the best viewing point for shows (if you are there early enough).  Neumo’s also hosts many charities and fundraisers for The Vera Project, KEXP and more.

Get your sample of Seattle music here. You never know what could happen…