Pub crawls in Miami can last days. On South Beach, an average night can amount to seven or more locales, each offering its own blend of wackos, alcohol, and dance music. However, for being such a big, powerful, Magic City, the MIA lacks in big band name representation at homey venues. Nevertheless, this does not mean Miami doesn’t stack up its own list of ugly dirties, local-onlies for you to visit.

You’ve got the regulars, the more or less well-known, the ones close to Overtown (remember that’s a historic neighborhood, and Ella Fitzgerald and her friends did dope around there many times), and the ones Lindsay Lohan likes to frequent. Then, when you get past all the hype, and you look at comfort, talent and quality, you’ll find a few rough gems. Among these are: Bougainvillea’s Tavern, the rare suburban rock haven; Tobacco Road, some say the oldest bar around; Jazid, the hippest jazz joint; and Transit Lounge, an easier alternative for those who’d like to find parking and see their band of choice on the same night. On this occasion, we’ll be paying homage to the Transit Lounge, a large part of Downtown Miami and Miami Beach’s local music breeding grounds. 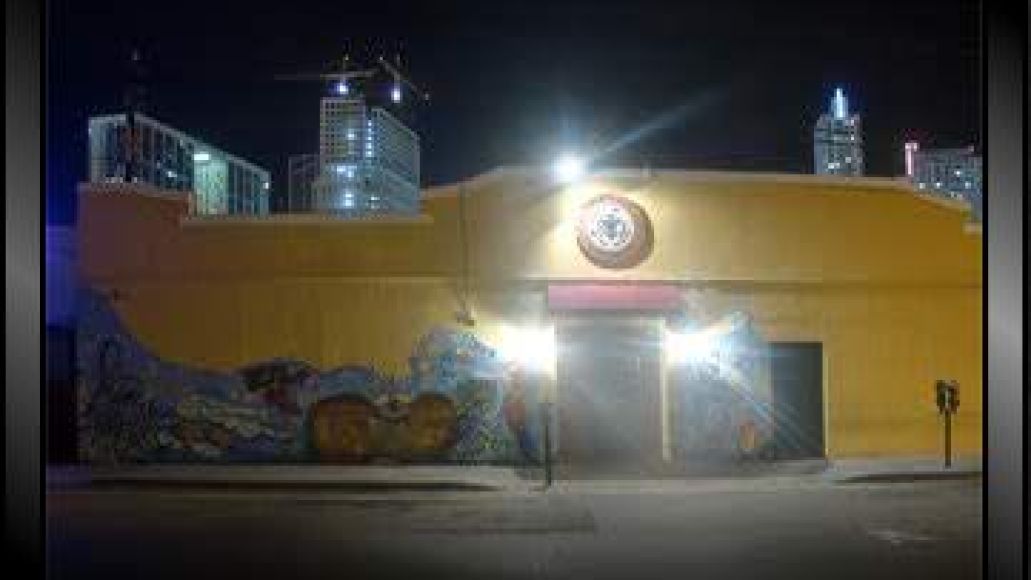 At Transit, they don’t play. I’d like to think this isn’t specifically the reason it’s been voted Best Lounge in Miami, but good ol’ Transit would never dream of ripping us off with that pesky little cover charge so many other establishments are fond of. You never have to drop a cent at the door, and once you’ve made it through, in the lonely dining room one or two patrons will greet you with as they try to eat off their buzz, staring away at the picturesque walls. The music oozes out of a tiny door-hole that leads you straight to the bar manned by some hard-looking chicks, circling the minimal stage in a dark, damp-feeling room bigger only than a lecture hall.

This stage platform is neither imposing nor pretentious. It’s a little cramped, but that only facilitates the audience-performer interaction that usually goes on in there. One of the perks of small venues like this is the ease with which artists can connect with the audience, the throng of them being about a foot away and probably just a foot below. Low roof, Marshall stacks, and a roomful of adrenaline-powered dance-bots are never missing at Transit. Being a local facility in the heart of the Miami music scene, the majority of acts are of a funk/jazz/hip-hop nature, which allows for nights of unstoppable partying simultaneous with surprisingly good sound quality. For a small, square room with a bar smack in the middle, the lounge pulls off some pretty respectable levels of clarity and minor feedback or static inconveniences. As for the “unstoppable partying”, it is veritably endless, as there isn’t one night when the folks running this place get a break. Whether it’s a sulky Monday, a hectic mid-week, or a loud weekend, you can bet there will be some kind of action at the Transit Lounge. 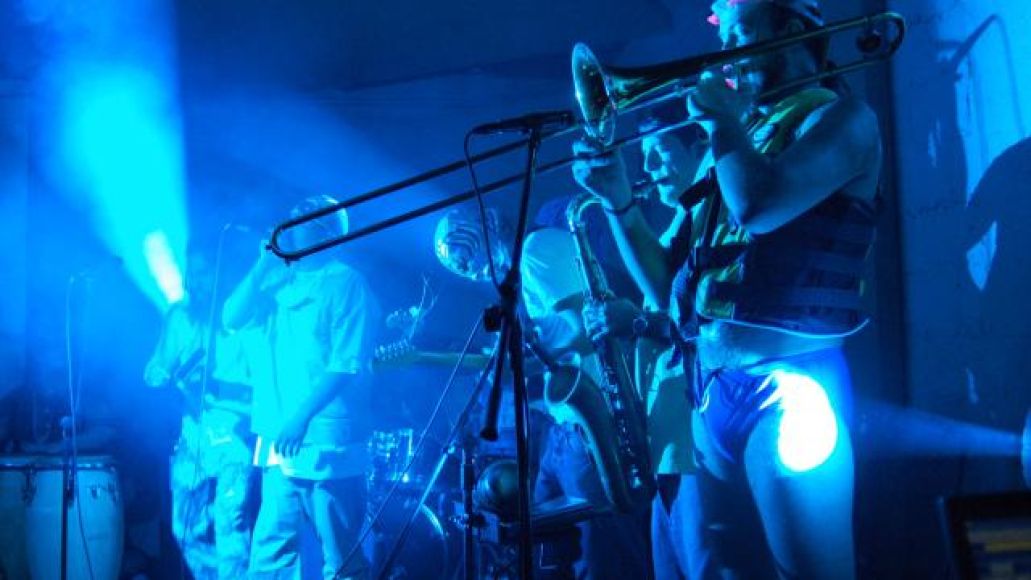 Out in the patio, against a relatively gigantic brick wall painted yellowish, an image is projected. If there isn’t a band playing the outside, a camera transmits the live show from the lounge right onto your patio wall. This specific area holds special mention with me because it’s so suggestive of outdoor music festivals and—though there is no mud at Transit—their muddy festival grounds. The tables on the outside are set up so the patio looks like a carnival food court, complete with Port-a-Potty and festive beer stands. Overall, there’s a friendly vibe enveloping the whole place, and the bands are always willing to hang around for a bit after their sets. Perhaps it is because of this openness that Transit Lounge ends up being one of the go-to places down in South Florida for the variety of arts and music events held regularly. Etiher way, the best thing about local acts is possibly their willingness to communicate and get to know their fan base, and at Transit Lounge, bands like MayDay!, the Spam Allstars, Suenalo, and other regulars are no exception when it comes to joining the night right along with you.