It’s a story that we have heard all too often in the rock ‘n roll world. One of the most popular bands in the world with musicians at the height of their craft playing to sold-out arenas across the globe, and then suddenly everything changes because of drugs. The most prevalent drug in music, besides alcohol, is heroin. We’ve seen it take musical heroes such as Jim Morrison and Janis Joplin, and in 1982, heroin took one of rock music’s most influential guitarists and ended one of rock music’s biggest bands. Jimmy Page’s death of an overdose on the eve of Led Zeppelin’s world tour in support of what would be its final album, Awake and Levitate, brought rock-and-roll excess to the forefront yet again, and claimed the life of not only one of the most influential guitarists but also one of the most influential bands.

Near the end of the 1970’s, the rock behemoth of Led Zeppelin was starting to fracture. While the band’s last two albums, Presence and In Through the Out Door, sold well, they were also critically panned. To make matters worse, guitarist Jimmy Page found himself in the middle of a deep heroin addiction, while drummer John Bonham spent most of his time recovering from a near-death experience with alcohol poisoning, an event that forced him into rehab. This led vocalist Robert Plant, bassist John Paul Jones, and tour manager Benji LeFevre to convene in late 1980 at Plant’s home in England to discuss the band’s future. The prospects weren’t great. They had just canceled their upcoming U.S. tour, which would have supported In Through the Out Door, and now there were discussions as to whether they should keep Page on. The latter problem brought some less than desirable options: should they start looking for someone new or disband the group altogether. Page was becoming most despondent and more absent, often disappearing for days before showing up to rehearsals looking, as Plant later put it, “ragged and three-times warmed over.” Plant said, “[Page] would be next to worthless at rehearsals. Missing notes, forgetting rhythms, sometimes forgetting whole songs. We had to remind him what key and John [Paul Jones] would have to play the start to remind Jimmy how it went.” Jones would later tell Rolling Stone, “There were two distinct camps by then, and we [myself and Plant] were in the relatively clean one.” 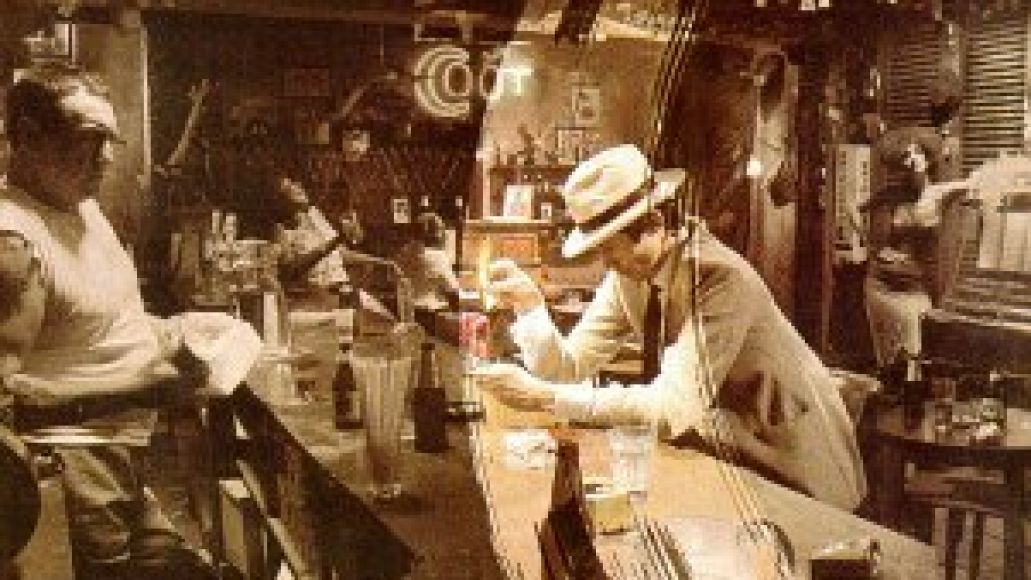 Bonham blames most of his and Page’s problems of the time on tension in the band. With both Bonham and Page away from the recording process for In Through the Out Door, Plant and Jones had begun experimenting more with keyboards and synthesizers, a route Bonham and Page didn’t take comfortably. “We both felt that In Through the Out Door was a little soft,” said Bonham. “It wasn’t the most comfortable album for us, but with neither of us in any state to help, we just went along with it. We had lost control not only of our lives, but also the one thing we really cared about: our music.”

After much deliberation between Plant and Jones, and through the advice of LeFevre and encouragement of Bonham, Plant and Jones decided to keep Page on as guitarist, but insisted that he get some help. They gave Page the ultimatum, and he agreed to spend some time cleaning up.

After spending a good part of the fall of 1980 in rehab, both Bonham and Page returned to rehearsals just after Christmas. Bonham was steadfast in his sobriety and was doing his best to keep Page the same way. “Jimmy would always tell me how he didn’t know if he could keep it straight-ways,” Bonham later said, “so I had to keep telling him I wasn’t going to let him slip. If he slipped, we were all going down on the ice.”

After several weeks of solid, sober rehearsals, Led Zeppelin made a brief 10-city tour of the US. This was the first true test of both Bonham and Page’s sobriety. “We all had complete faith in John holding strong,” Jones said. “It was like him seeing death that up-close turned a switch in him. He wasn’t going there again until he was damn well ready. It was Jimmy we weren’t so sure of.” Page did in fact survive the tour, and the band came back to England with a newfound strength. 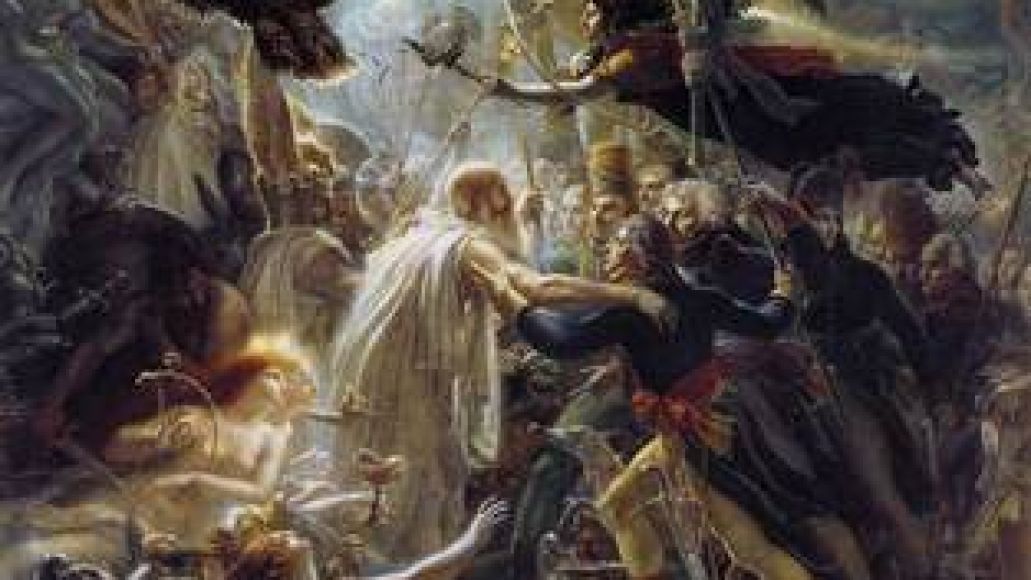 Led Zeppelin went straight into the studio to record its ninth album, Awake and Levitate. Page and Bonham wanted to stay away from too many synthesizers on the new record, and wanted instead to get back to the band’s old sound from Led Zeppelin IV, with more blues-guitar-based songs. Plant and Jones felt they had fallen into a good songwriting groove, and they wanted to keep the synths and the lighter sound. A compromise was found with a style closer to Houses of Holy with more attention given to the keyboard compositions and atmospheric elements. After three weeks of recording, the album was mastered and finished. Page came away feeling slighted and pushed out of the songwriting during recording. He told friend Eric Clapton that Jones and Plant had “let it all go to their heads,” and that they were going to “drive [Led Zeppelin] into the ground if they [didn’t] get a clue soon.”

Despite Page’s frustration, he was still proud of the work he did on the album with a sober mind. Shortly after recording had wrapped, Page told New Musical Express’ Nick Kent:

We’ve all gone over the top a few times, I know I did, but at the time I needed [drugs] to focus. Doing this album, however, John [Bonham] told me to find my focus in the music, and everything really did become clear. I think people will find this album to be some of my best work.

Awake and Levitate was released in July 1981, and hit number one in the U.K. and the U.S., and its first single, “Ramblin’”, stayed at number one on the Billboard 200 for four weeks. The critics hailed it as a “return to roots while maintaining a forward trajectory.” Led Zeppelin had recovered from one near breakdown to find itself at number one again. However, tension kept growing among Page, Jones, and Plant. Bonham tried to play referee between all of them, but it was becoming harder to keep heads cool. “Jimmy felt really jaded toward John [Paul Jones] about pushing him out of the captain’s chair,” Bonham told the BBC. “Jimmy felt he earned his chance to write again and focus our sound. I think John and Robert tip-toeing around Jimmy pushed him back to the edge. He was sliding out of control again.”

On top of the band’s inner turmoil, and despite the sales of Awake and Levitate, Led Zeppelin was also seeing its success start to take a hit from the rising punk rock movement in Britain. The music press was starting to lean away from big arena rock like Zeppelin, and more to the DIY music of The Clash and The Ramones. Page told the band they needed to completely pull away from the big arena sound because no one was going for it anymore. He once again wanted to return the band to a hard-rocking blues group and start playing smaller venues. “We all had heard and seen these punk bands play, and we were blown away by their anger and their attitudes,“ Plant said, “and Jimmy wanted that rawness in our sound, but John [Paul Jones] thought it was just a flash-in-the-pan fad.” 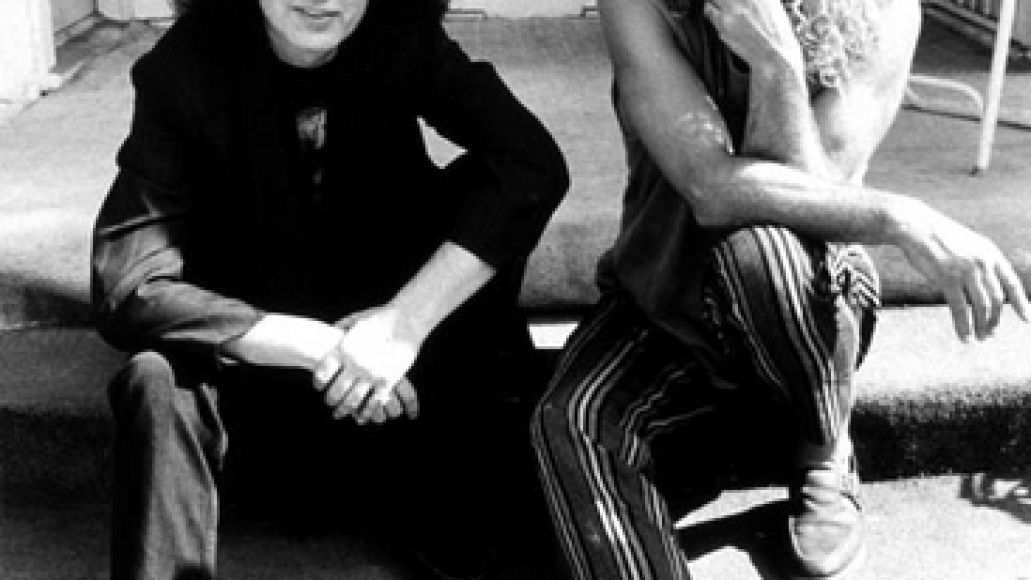 Page and Plant, together one last time. This photo was taken a week before the guitarist’s ill-fated death.

“[Jones’] ‘flash in the pan’ remarks were sort of the last straw for Jimmy,” said Bonham. “After that he dropped off the edge and I could do nothing to help.” Page started recording his own punk-type songs and fell into his old behavior of long nights and days-long disappearances. He recorded several unfinished songs over the span of a few months while the band attempted to practice for its upcoming U.K. and European tour. (A few of those songs later appeared as bonus tracks on the “solo” album of the 2001 Zeppelin box set.) Bonham attempted to reach out to his friend, but to no avail. “By the time we realized Jimmy had started using heroin again it was too late,” said Jones. “John [Bonham] tried talking him back, but it was no use. We just hoped he wouldn’t fall too far down. You can only hope so much.”

On the eve of the U.K. tour on January 15, 1982, Bonham and tour manager Benji LeFerve went to Page’s house to drag him to rehearsal. “We hadn’t seen him at rehearsal for a couple days, and we weren’t going to take ‘no’ for an answer,” said Bonham, “so Benji and I busted in and started banging pots and pans to wake Jimmy up. That’s when Benji found him in his bed.” Page had died the day before Bonham and LeFerve had arrived.

“His bedroom was covered in lyric sheets, his guitars, and needles, “ said LeFerve. “[Bonham] just got real quiet, walked out into the hall, and punched a hole in the wall before falling to the floor crying. I’d never seen Bonzo [Bonham’s nickname] so torn up. He really thought he could save Jimmy.”

The rest of the band decided that night to call it quits. Despite all their differences, Page was still incredibly important to all of them and they knew going on would be a disservice to his memory. The band released a statement announcing the break-up -– shocking fans worldwide. Rumors had circulated that Page’s friend Eric Clapton or The Who guitarist Pete Townshend would join Led Zeppelin on the next tour, but Plant says those rumors were incredibly unfounded. “No one could ever fill Jimmy’s shoes,” Plant said to the press. Tour plans were canceled, and each member returned to his home to take a break from the limelight.

Later on in the ’80s, Plant and Jones tried to form another group called Abandon Streets, but critics and fans alike completely overlooked them. Bonham had brief success touring with The Who on its reunion tour and subsequent reunion album, Back Again. Plant and Jones attempted solo careers with only minor success. At their Hall of Fame induction in 1995, the remaining members assembled together on one stage again. Joined by Eric Clapton on guitar, the four performed a short set which included their hits: “Whole Lotta Love” and “Immigrant Song”. After the performance, there were rampant rumors of a Led Zeppelin reunion for another revamped Woodstock festival, but Bonham said, “it just wouldn’t feel right without Jimmy.” Finally in 2004, Plant, Jones, and Bonham all reunited for a set at the Glastonbury Festival in the U.K. Joined by Eric Clapton, Pete Townshend, and Jack White of The White Stripes, the band played its first full set in over 20 years. “This is so fantastic to be playing this music again for a big crowd,” said Bonham. “Being on stage with Robert and John again is fantastic. I know Jimmy is smiling down from somewhere.”

Six years later, we’re left with internet chatter and countless rumors. However, there are no future plans for new Led Zeppelin albums or tours at press time.