Let’s face it; actually, you either love it or hate it. Funny, tear-jerking, uplifting, and the perfect feel-good film for Christmas, or as lifted from the Monty Python sketch about Oscar Wilde, a stream of bat’s piss in the night. Written and directed by Richard Curtis, Love Actually is a good old British rom-com, played out during the run up to Christmas. Curtis is best known for his biggest hit films, Four Weddings And A Funeral and Notting Hill, though Brits will equally recognize him by his classic TV sitcoms. Love Actually is six years old but seems to have been around forever and, leaving fashions aside, could have been made almost any time from the mid-sixties onwards.

The writer has been quoted as saying that “this film is nothing without the music,” and unless you’re in the camp that thinks the film is nothing even with the music, he’s pretty spot on. Once you’ve seen the movie, it is hard not to think of Hugh Grant dancing every time you hear “Jump”. It’s The Pointer Sisters’ song covered by Girls Aloud on the soundtrack but confusingly the original Grant dances to, not the Van Halen tune. With Van Halen, of course, it’s hard to think of anything other than hair conditioner. Grant is cast as a bachelor British Prime Minister who has an implausible crush on his young cockney sparrow of a tea lady, while Billy Bob Thornton’s cameo as his US counterpart blends the worst sides of Bill and George.

The film is a true ensemble piece, which pulls together a whole lotta love stories via mildly interconnecting characters and events. The soundtrack plays a fairly straight bat too, with a raft of songs you’ll know, and mostly love, peppered with a few imaginative choices, like the late Lynden David Hall’s version of the Beatles’ “All You Need Is Love”, Otis Redding’s take on “White Christmas”, and UK soul sister Gabrielle’s “Sometimes”.

Movie and music come together in Love Actually as aging rocker Billy Mack, played by the excellent Bill Nighy, is at the centre of everything. Mack is on the comeback trail via a Christmas take on The Troggs’ classic hit, “Love Is All Around”. The singer may call it “a festering turd of a record” but at the same time is aiming to be Christmas Number One. Fans of Rage against the Machine might get that one too. Famously, Mack vows to perform the song naked on TV should it hit the top spot, which he goes on to achieve with the aid of a strategically placed axe. Though he may get the girls in a Robert Palmer-style video, Mack’s love interest is really a platonic one, as he leaves Elton John’s Christmas Party early to spend Christmas Eve with his hapless manager, suggesting the two of them celebrate by getting pissed and watching porn. 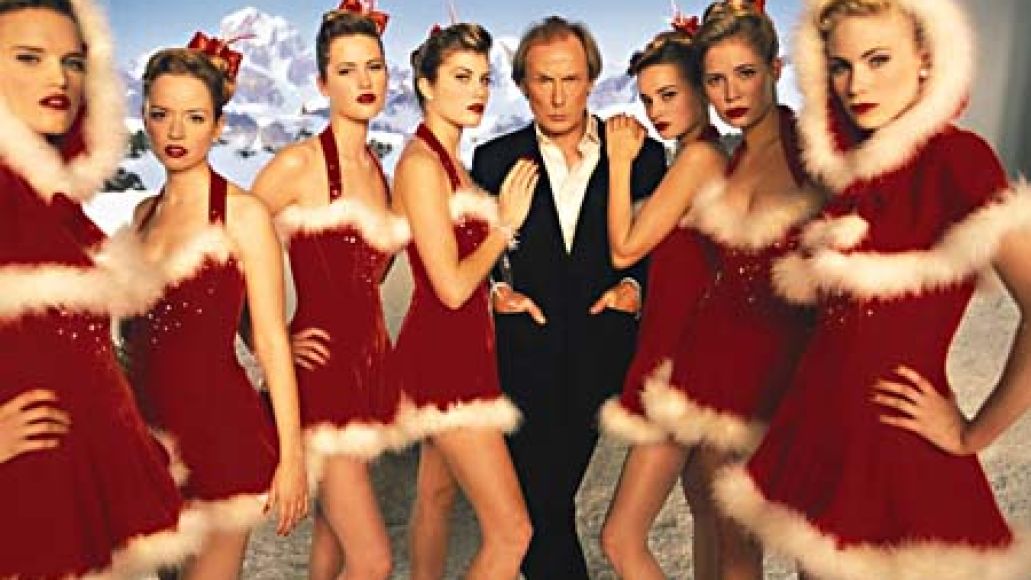 There are 20 songs on the soundtrack album if you buy the UK version. For some reason, Americans are not deemed worthy of hearing two of the three Love Themes by Craig Armstong, nor Gabrielle’s “Sometimes”, so the US copy has just 17.For some other reason, the tracks are in a different order on each version and, frustratingly for people who care about such things, neither is sequential to the film itself.As mentioned earlier, Curtis is mostly playing safe with his choice of songs, which range from pure background to providing some kind of commentary on the action. There’s a poignant moment, for instance, when Joni Mitchell’s remake of “Both Sides Now” provides the soundtrack to Emma Thompson’s character confirming that her husband is cheating on her.

Olivia Olson’s version of “All I Want For Christmas Is You” is pretty impressive, given that she was just 10 when she appeared in the film and sang this set piece number. She allegedly had singing lessons to make her pitch perfect vocal slightly more believable for a 10-year-old. If Olson’s Joanna seems precocious in the movie, then her would-be boyfriend, Sam, is immediately up against it as he looks about six. Still, Sam gets to play drums for Joanna’s scratch band, inspired by Billy Mack, no less. After all, musicians always seem to get the girls, no matter how they look.

One guy who doesn’t get the gal but provides probably the most touching moment in the movie is Andrew Lincoln’s Mark, whose real-life Juliet, played by Keira Knightley, is serenaded by “Silent Night” on a portable CD player and a set of storyboards. A great scene, but no trace found on the soundtrack. 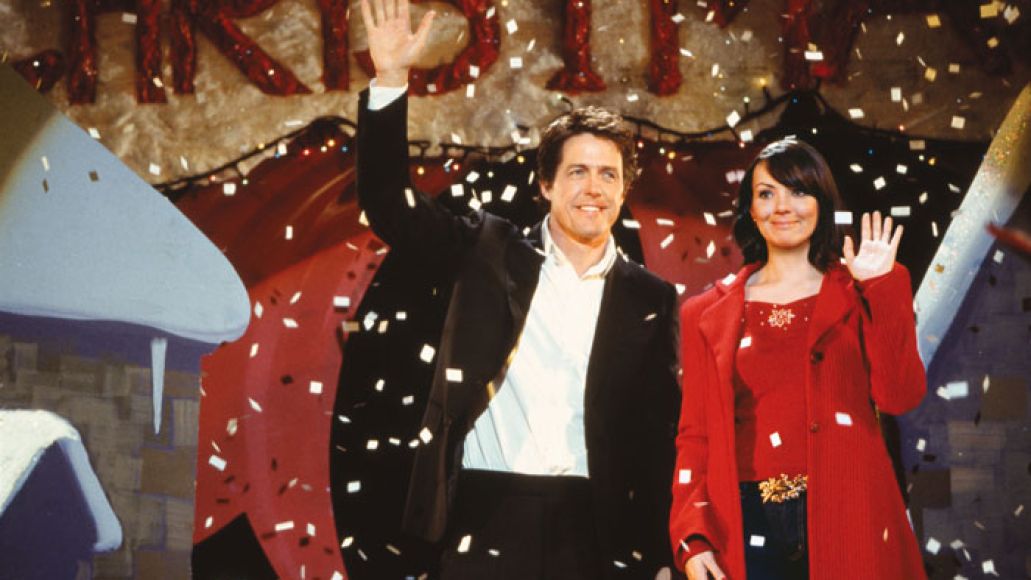 More highlights are provided by the storyline concerning two of the most unlikeliest porn star stand-ins, played by Martin Freeman and Joanna Page. The couple spend most of their time nude and in all manner of positions, yet maintain a sweet innocence throughout. These are genuinely funny and touching (sic) scenes that don’t require a musical commentary! Back to the soundtrack; female vocals dominate proceedings with turns by Norah Jones, Dido, Eva Cassidy, Kelly Clarkson, Sugababes, Texas, and Sharissa featured more than Wyclef Jean on “Take Me As I Am”.Maroon 5 and The Calling hardly equal things up for the boys. That’s left to The Beach Boys, whose glorious “God Only Knows” plays over the final scene at Heathrow Airport Arrivals, which pulls together a number of loose ends from the preceding love stories.

The film then closes with a montage of people greeting their loved ones at the terminal, which echoes the sentiments made in the opening voice-over by Hugh Grant’s character. Call it schmaltzy if you like, but we can all do with a little more love in our lives, not least at Christmas.