The anticipation for Miami’s Ultra Music Festival had been building for weeks, exceeding historic effervescent heights in a city known for its excess. Early-bird tickets for the 12th installment of America’s pre-eminent dance-music event, and the closing event of the week long Winter Music Conference, sold out at a record pace, partly due to an array of artists normally unknown to the event. What started as a small fiesta on Miami Beach during the raucous spring-break weekend has since become an international event with the ability to premiere the newest of sunrise techno DJs and showcase the most prolific of acts like Carl Cox, Deadmau5, Orbital, the Crystal Method, Benny Bennassi, and Tiesto.

Not even anticipated thunderstorms, which have often tainted the festival, could calm the excitement brewing Friday morning in Downtown Miami. Already a city known for its horrific traffic, all forms of transit were gridlocked with revelers destined for the beautiful Bicentennial Park along Biscayne Bay. The normally half-filled public transit system was filled with electronic fans blasting their newest Planet of the Drums download on their smart-phone.  As Friday night approached, Ultra’s gates were rushed with a day-glow colored flood. And as the crowd began to grow larger, one thing became apparently clear: attendees may not be rushing the stages as soon as expected.

Due to an assortment of reasons ranging from reportedly stolen tickets, wrong addresses, and same day purchases, Ultra’s will call wait time grew to over 100 minutes. This wait added to the eagerness of fans already caught in a sea of sweaty people; nothing would tarnish the day that included sets by Pretty Lights, Passion Pit, Will.I.AM, Fake Blood, Kaskade, LMFAO, Rabbit in the Moon, the Crystal Method, David Guetta, Bassnectar, Plump Djs, and a crowd favorite headliner Tiesto. While the wait kept attendance low for the initial hour of the festival, crowds were building quickly for Passion Pit‘s 6:20p.m. start time.

While nearly all festivals have their fair share of scheduling conflicts, with 11 stages, oddly structured set times, mobs of people to maneuver through, and 100s of artists to perform, individual experiences vary greatly during the event.  And with dozens of artists to discover, and re-discover, a fan’s plan can go off course when hooked in a new, infectious beat.  However, any trek through the muddy pathways would result in an experience no one would soon forget. 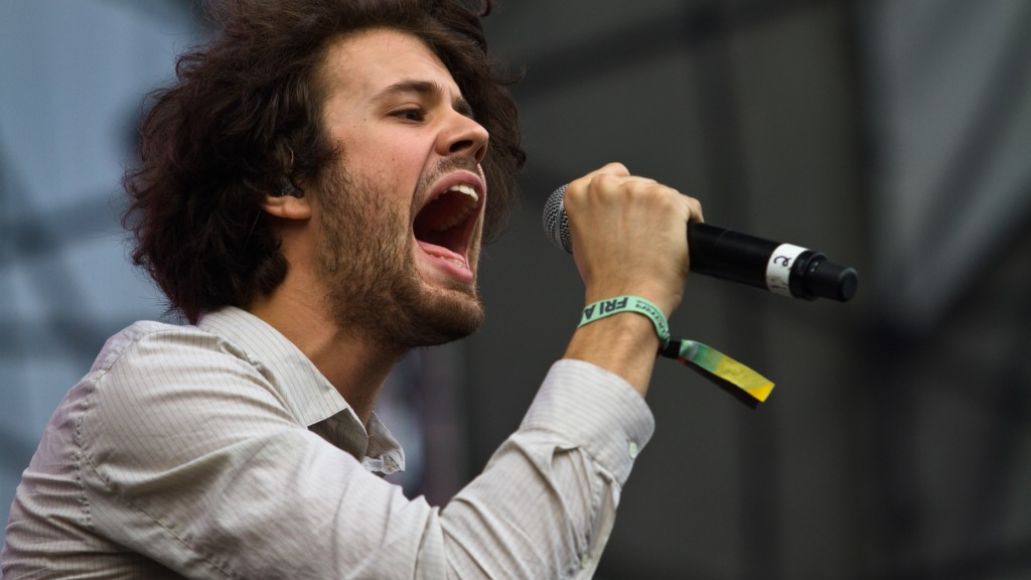 As Michael Angelakos stepped up to the mic for the beginning of Passion Pit’s mainstage performance, fans warmly welcomed the act which may not have been the typical Ultra selection. The five piece tweaked hits including “Sleepy Head”, “Little Secrets”, and “To Kingdom Come” to fit within the break-beat happy environment. The quality of Angelakos’s vocals were far superior than prior festival appearances, demonstrating the growth of his vocal range and to the quality of the amazing Ultra sound system. 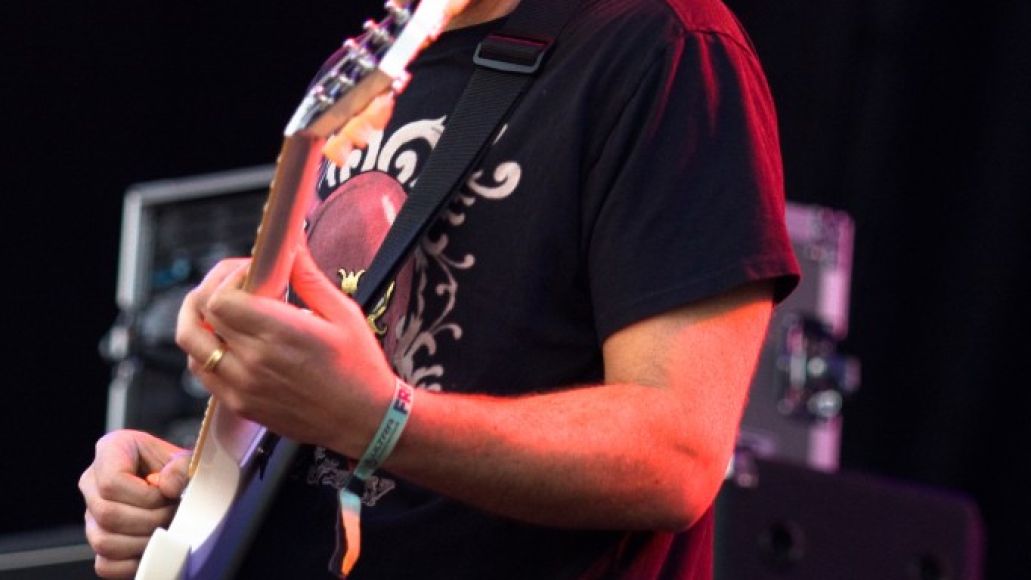 With start-times tightly squeezed to accommodate for so many amazing artists, our journey brought us to the Bayfront Stage hosted by Pretty Lights, and an artist more times associated with the fallen Langerado Music Festival, the Disco Biscuits. With their dance heavy jam vibes, the Biscuits welcomed an ever growing fan base into the Ultra environment. Marc Brownstein’s bass grooves reverberated through the crowd as well as the most experienced break-beat DJ. 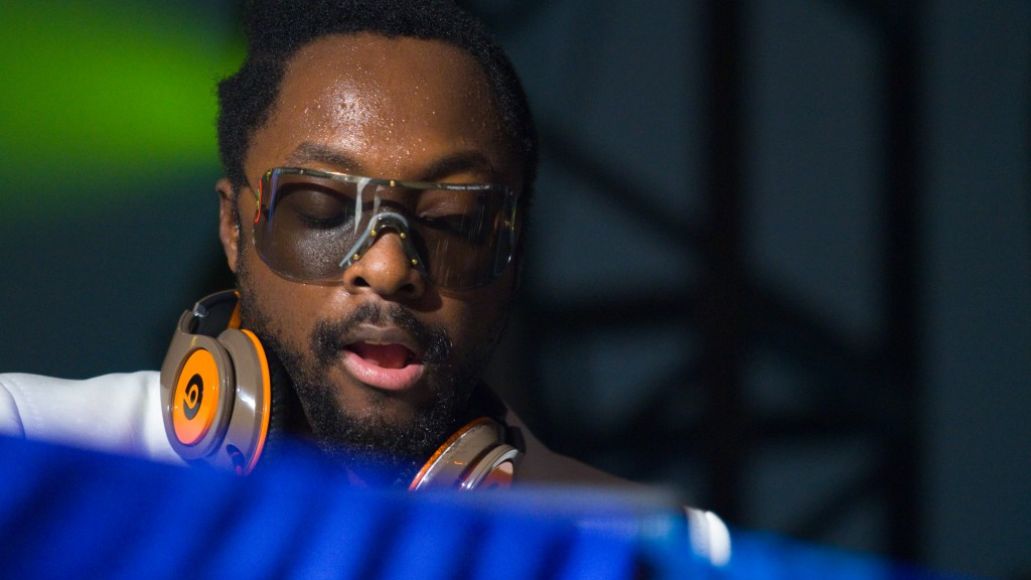 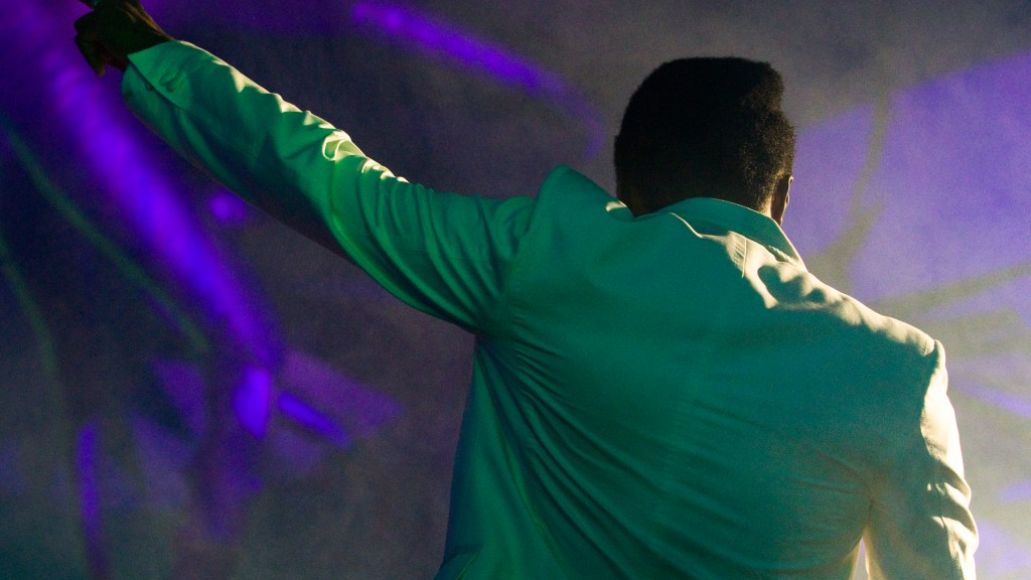 Will.I.Am’s 7:oo pm UMF Arena Ibiza DJ set brought crowds from across the festival grounds. To many, the Black Eyed Peas’ frontman does very little than create amazing vocals, his appearance in the tent re-established his control of the turntables. Accompanied by two go-go dancers, Will.I.Am appeared to be a mad scientists mixing LMFAO’s “I’m in Miami B*tch” with LL Cool J’s “Going Back to Cali”. To close out his set he brought a new taste to Hendrix’s “Purple Haze”, a song which would appear multiple times throughout the sample-laden festival. 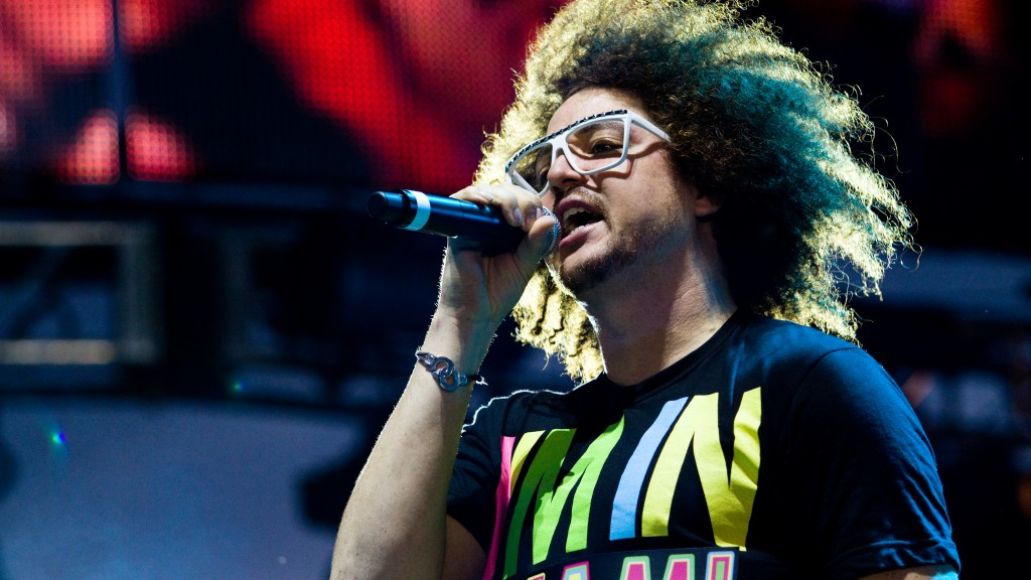 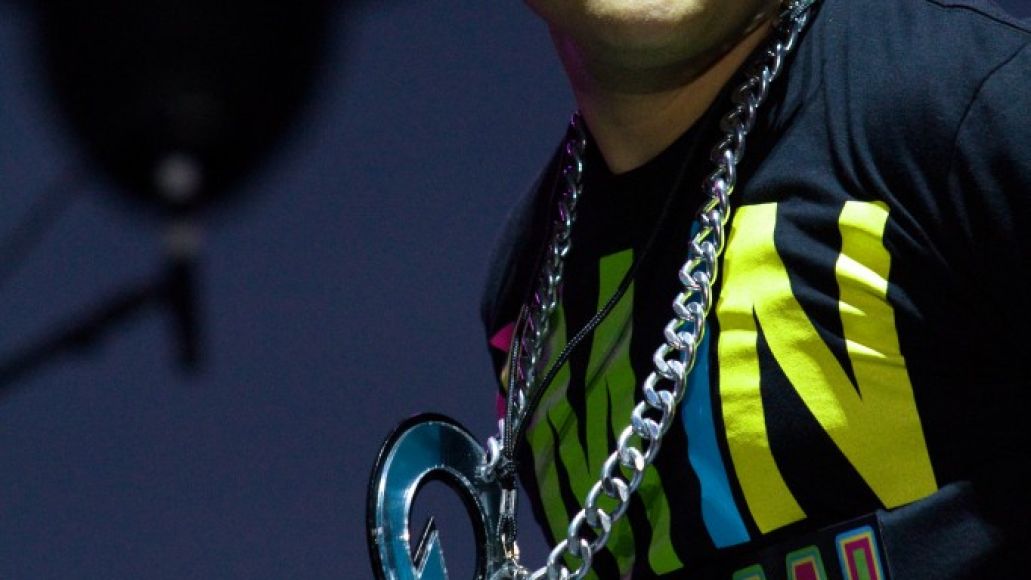 The Doral-based LMFAO provided their Miami-infused lyrics to a shocked home audience, as the over-the-top characters came on about an hour early, instead of the scheduled Groove Armada Main Stage performance. No fans seemed to mind, however, as their applause rang out across the park grounds as the duo shouted “I’m in Miami bitch,” which could also be found on several thousand brightly colored t-shirts. 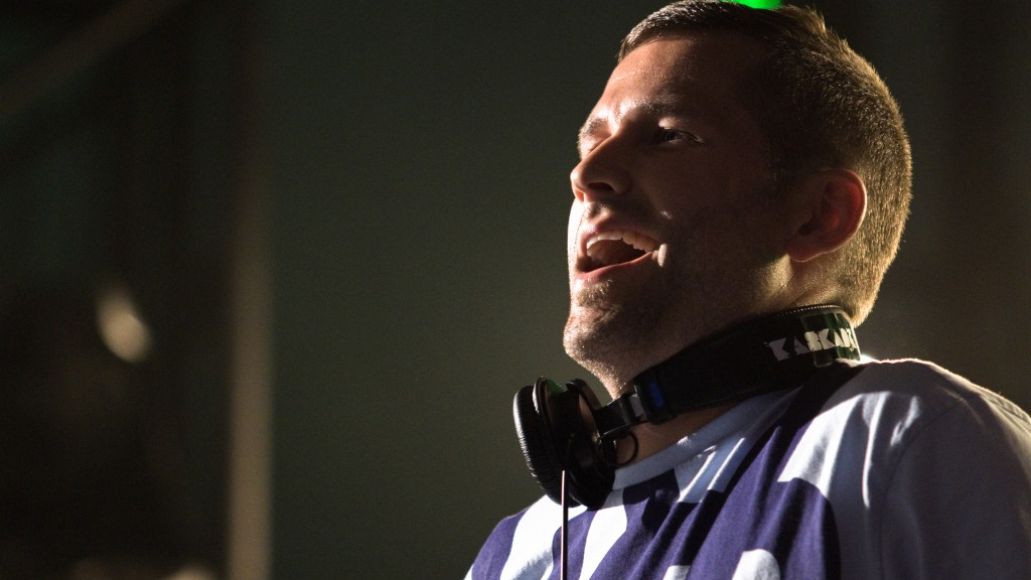 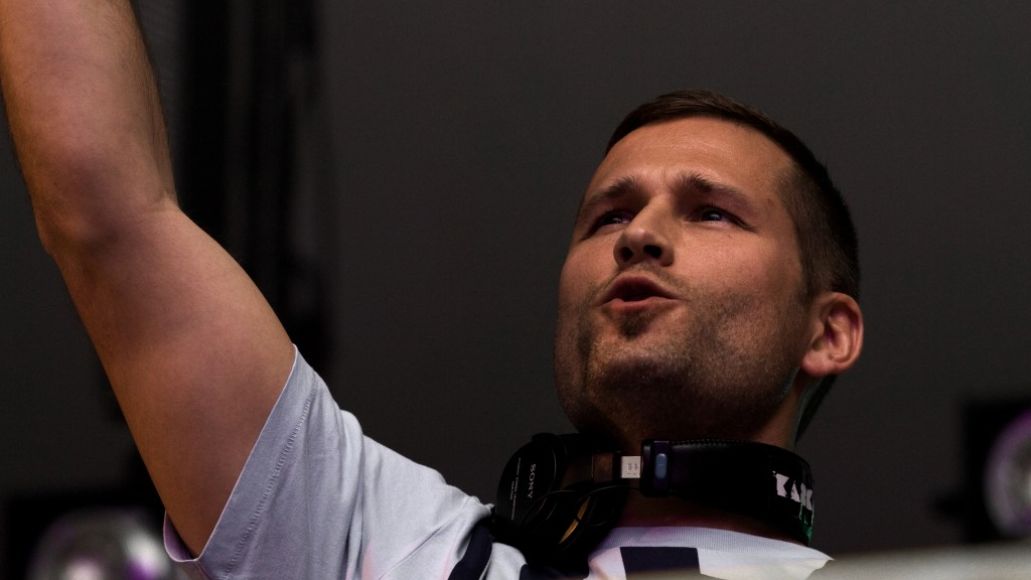 Chicago-born DJ/producer Kaskade, delivered his unique brand of deep-house as darkness approached upon Miami, and the elaborate visual systems took effect over the crowed which reached all time-highs. Prior to collaborating with Deadmau5 and playing shows all over the world, Kaskade told Consequence of Sound minutes before his appearance, that he honed his craft while working with Om Records. He also credits early Chicago-house, and Wax Trax’ artists Revolting Cocks and Pailhead as his introduction into music exploration. The Winter Music conference was also the first place Kaskade debuted “Only You” which he co-produced with Friday headliner Tiesto. 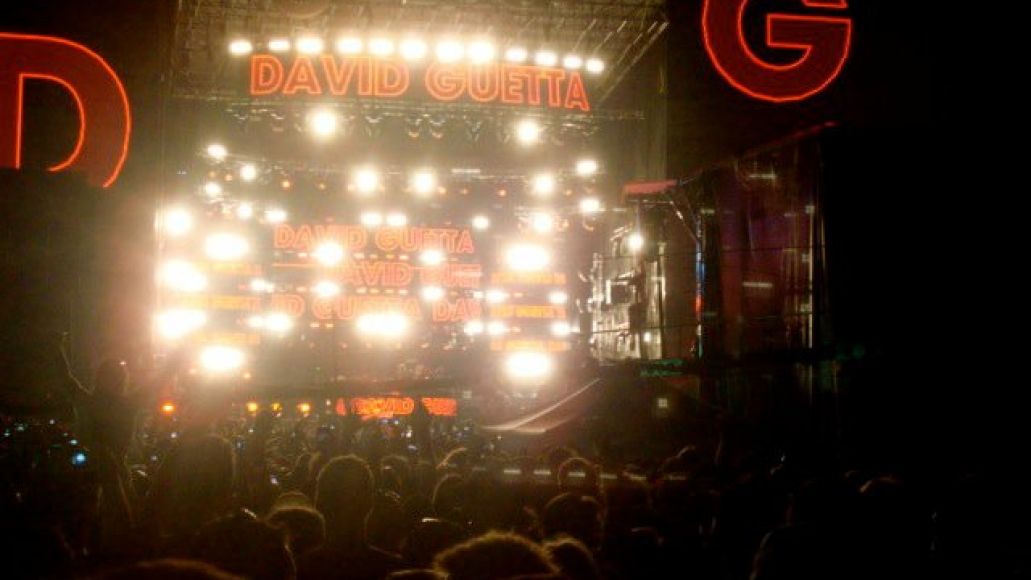 David Guetta introduced the fans to the absurd levels of visuals that were available on the Main Stage. Guetta spinning “When Love Takes Over”, “Sexy B*tch”, and re-mixing Prodigy’s “Smack my Bitch Up” was amplified when performing alongside two orb covered, flame extinguishing robots. 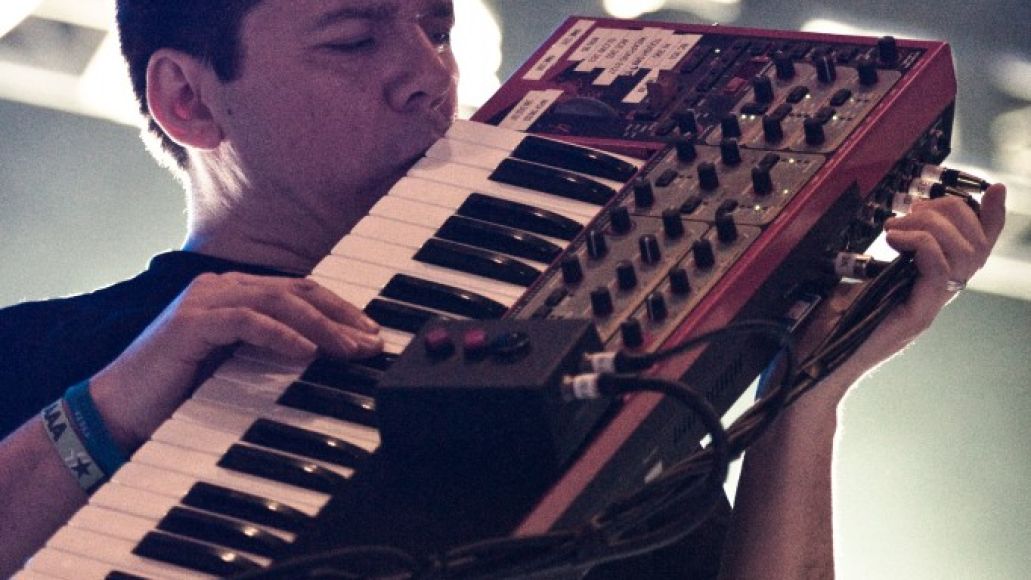 While no result of the talents of Ken Jordan and Scott Kirkland, the 9:40 live Crystal Method set on the Biscayne Live stage was the one major let down of the festival. The duo had an amazing start, controlling a growing evening crowd, with the heavier beats that pack Vegas and Tweekend; however, due to technical difficulties, the computer would crash whenever songs neared their climax. Jordan was noticeably enraged by the malfunction, and promised the audience an amazing show if given the duo time to change out the damp laptop. With so many acts to see, many attendees were reluctant to stay during the break. 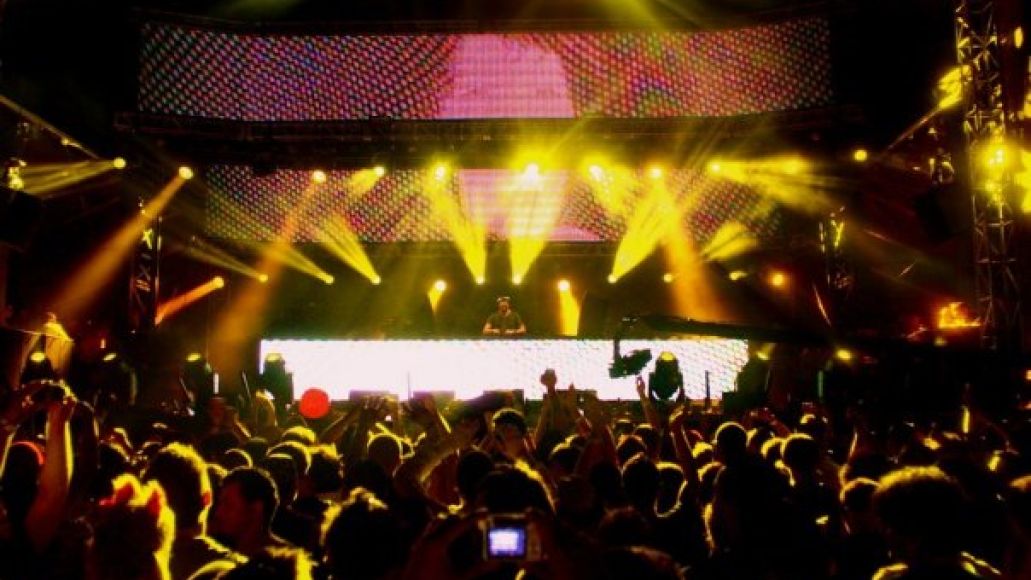 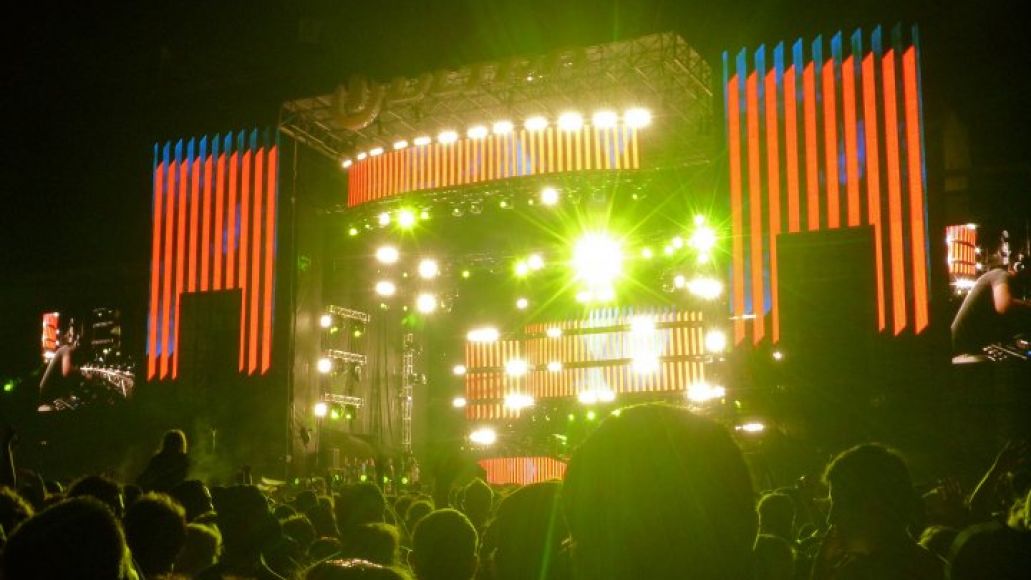 Dutch-born Tiesto added to the international notoriety of the event, as well of the sheer madness that comes with the closing two hours of every Ultra. How does one choose conflicting acts between Tiesto, the mind-altering live stage-show of Rabbit in the Moon 3D, the legendary Carl Cox, Felix de Housecat, and break-beat sensations Plump DJs? With the event so tightly packed, and the lack of general direction across the festival, roaming stages becomes impossible during the closing hours. When Tiesto closed out his set around midnight, which always seems early for an electronic music festival, the sustained masses once again flooded the streets. This time with a much different gait then they would have entered. Many would continue the party at one of the many late-night events, while others will once again brave the heat and ear deafening bass, to get a glimpse of artists that rarely make US appearances. 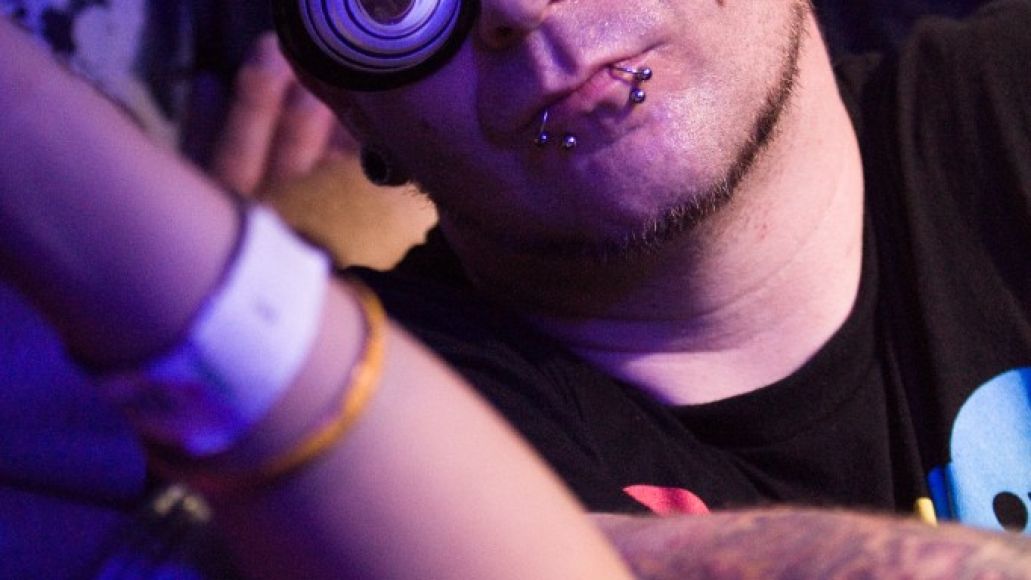 All photography not noted provided by Alex Broadwell.