Phil Elverum isn’t used to answering questions. Usually, he’s the one asking them. At the core of every one of the Anacortes, Washington-based musician’s songs is a question about the inexplicable. Hell, “What?” and “How?” are the names of two of his songs. In many ways, the man is more of a philosopher than he is a folkie. His work, under the names The Microphones and, currently, Mount Eerie, is all about asking, not telling. But it’s not answers he’s after.  He’s merely obsessed with the wonderment of his own existence.

That must be why it’s so hard to get a straight answer out of the guy. Even after 14 years and dozens of albums bent on searching, he’s still full of curiosity. When prompted, the 31 year old can provide insight into his own creative process to an extent, but even then he’s prone to answer a question with a question. As such, he would probably not make the best math teacher.

When asked about the recurrence of nature in his songs he responds with some heavy inquiries, “I have a hard time with the word ‘nature.’ I understand what people mean when they say my songs are about nature or whatever, but I honestly feel like everything is nature and I am trying to make songs about mystery, wonder […] Is the middle of the ocean considered nature? Like, floating in a life raft out in the middle of the Pacific, is that considered being ‘out in nature?’ It’s a weird idea to me. What about outer space? Is that nature?”

And although his definition of nature is loose, he is rather obsessed with the vastness that surrounds him, whatever he wants to call it. He doesn’t attempt to conquer the unknown, but he can’t help but mull it over: “Yes, I am compelled to make music about that which I can’t understand. Totally. But wouldn’t it be boring to hear songs by an expert who understood perfectly the thing he sung about? Music and poetry is for asking questions, being a baffled human tossed around in the universe.”

Perhaps his fascination with Earth’s mysteries has something to do with growing up in the forests of Anacortes, Washington, a town with a population under 15,000, located on Washington’s Fidalgo Island, an hour’s drive north of Seattle. After all, the title of Mt. Eerie shares a name with one of Fidalgo’s scenic views. And his approach to both songwriting and recording feeds off of this obsession with the natural world. Listening to his songs is like watching a mad scientist tinker with found instruments, producing something that feels equal parts fleeting, accidental, and exhilarating. Loud noises feverishly alternate between speakers, atop twisted acoustic guitar strums paving a way for impossible tranquility. This all while Elverum’s eerily soothing voice paints pictures of the natural world falling apart and being glued back together. It is a perfectly orchestrated mess, mostly due to how Elverum approaches his work.  “Recording is always an exploratory process for me,” Elverum reveals. “That’s why it used to be called The Microphones.  I just recorded all the time. I wrote songs about recording. Recording was everything. The studio was the instrument.  It still is, but now also occasionally I make a normal album of songs played on guitar, like Dawn. But for the most part, the final feeling that comes across to the listener is almost accidental, no matter how much tinkering I do. I want things to sound immediate and sincere, unrefined.” 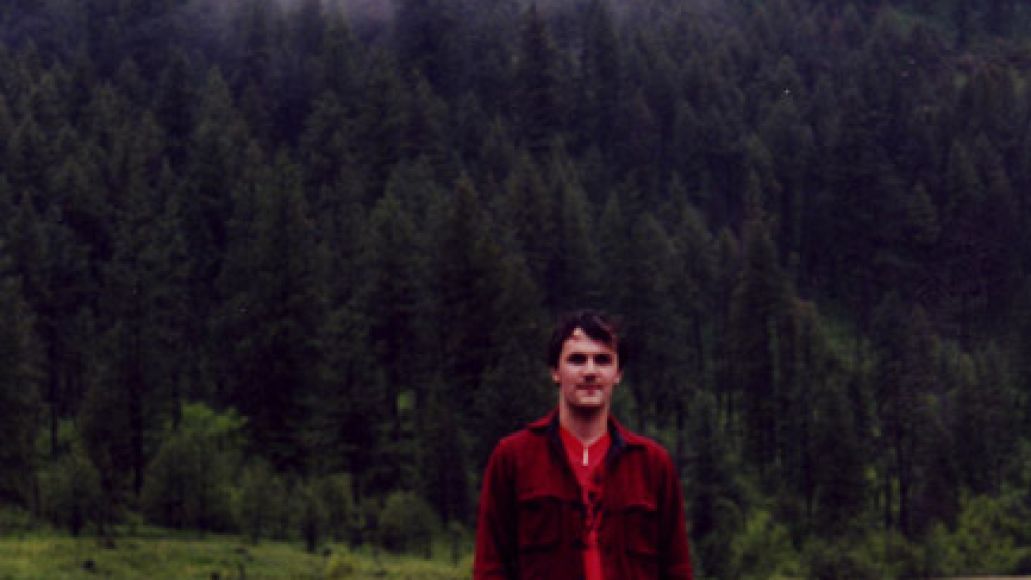 This raw, natural sincerity shines brightly through each album Eleverum crafts. Since he began recording tapes in the back room of the book/record store that employed him in his high school years, he has always captured every feeling that goes into the process. He is not merely a songwriter, but an artist wholly invested in the music he dreams up. During the winter of 2003, he even spent several months in a remote cabin in Norway, emerging with, Dawn, a 144-paged book of photos, writings, and a 19-track collection of songs documenting his isolated speculation. Whichever mode he chooses, Elverum tends to accurately document the process through recording method. Some things just sort of happen with Elverum: “Lost Wisdom wasn’t a real deliberate album. It was just a few days of recording that happened due to some surprise guests.” His songwriting also seems to be quite sporadic, “I try to ignore the fact that other people will be hearing the recordings. The writing happens when a nugget of an idea jumps into my head at the weirdest times. Usually it gets forgotten, but, like 1% of the time I remember it and mull it over and it becomes an idea for a song. It just happens.”

His questions are recurring, his thoughts cyclical. A line from a song released five years ago can reappear on a new recording.  He is never finished with a song, because, to him, no song is its own entity, “I love being self referential and creating links within the ‘work.’ It’s closer to how real life feels. No moments in life or thoughts are isolated islands.  Everything is connected, informing every other thing.” Through this creed, Elverum’s discography takes on a life of its own.

For the past several releases, Elverum has billed himself as Mount Eerie and added an “E” to his last name (once Elvrum). When asked about the new moniker, his response is pretty straightforward, “I just wanted to start over. Mount Eerie was a more relevant name to what I was singing about. I didn’t care much about retaining fans or anything like that. I figured people would keep track if they cared enough.”

The latest incarnation of Elverum’s quest for the unrefined comes in the form of Wind’s Poem, a breathtaking journey that blurs the lines between ambient black-metal noise and solemn folk music. The record presents listeners with further insight into Elverum’s fascination with exploration, both sonically and thematically. It is “the weird idea [Elverum] obsessed over for a year, digging out […] slowly.” An obsession with ear-bleeding fuzz juxtaposed with calm beauty, representing nature’s wrath and serenity in equal parts.

If it’s answers you’re after, Elverum may not be the person to look to. But, if you’re searching for one of the few wholly earnest musicians around, he may just be your man.

Up Close and Personal with Phil Elverum