Let’s take a look at the years leading up to the release of the greatest album of the 90’s, Radiohead’s OK Computer. After years of building its reputation (namely as On A Friday), Radiohead finally released its debut, Pablo Honey, in 1993. While not an enormous success, the debut achieved platinum status in the UK and the US, in addition to its double platinum accolades in Canada. All because of one song… “Creep”.

This anthemic song was, and still remains today, the band’s biggest radio hit. It was a “right place at the right time” situation, and in 1993, the alt-rock sound of these up and comers captured audiences all over the world. While most consider the rest of the album something of a sleeper, this one song caught the attention of the targeted audience with a powerful force. Regardless, it put Radiohead’s name out there. They went off on a fairly extensive tour, where they found that concertgoers would only wait for “Creep” and then leave after the song concluded. Frontman Thom Yorke recognized this and took it to heart as they concluded this tour, shortly before they went into the studio for the follow-up to Pablo Honey.

They made a conscious effort to estrange themselves from what the media described as a “Nirvana-lite” sound; instead, shifting to a different sonic direction. The result surfaced as The Bends, and while some may argue it featured the same alt-rock sound of its predecessor, few (if any) could argue it lacked a more creative, experimental approach. This decision was an immaculate success, and 1995’s The Bends went triple platinum in Canada and the U.K. Unlike Pablo, however, Radiohead still incorporate songs from this album into their live shows today.

So, coming off such a vast success, they began to feel the pressure of what their third album would end up sounding like. And thus began work on the landmark album, OK Computer. Despite gaining confidence due to their success, the demand to succeed at this point flooded inside the heads of the band members and began to cause friction. Going into the recording process, Yorke said the idea behind the album was, “Someone’s being sold something they don’t really want, and someone’s being friendly because they’re trying to sell something. That’s what it means to me. It’s quite sad, and quite funny as well.”

They pressed for experimentation during these recording sessions. Lead guitarist Jonny Greenwood pushed the limits on his intricate guitar work, while rhythm guitarist Ed O’Brien provided the foundations to let Greenwood experiment. Yorke pushed himself vocally and lyrically, focusing on themes such as the rapid increase in technology that society experienced at the time (and still does, remarkably), in addition to what would become Radiohead’s staple themes of anxiety and depression. Despite the pressure they were under, the band worked cohesively to create arguably their magnum opus: OK Computer.

Released to unequaled success, OK Computer went triple platinum in the U.K., double platinum in the U.S., and platinum in Canada. It’s hailed by critics now as one of the most influential albums of the past 30 years. But this is where the problems began. Things started to come apart at the seams, especially during the ensuing tour that followed the release.

Given the album’s worldwide success, Radiohead embarked upon an ambitious, 105 date world tour that ran from the May 22 of 1997 through April 18 of 1998. During that time, there were very few breaks in touring, with slews of shows night after night after night. It began to take its toll on the members, Thom Yorke in particular. The band has admitted that this was the darkest time in its history. In the tour documentary Meeting People Is Easy, Yorke voices his despair at the constant touring and the stress that the media was putting on him as the leader of this outfit:

“It’s like a supply and demand thing,” Yorke stated. “It’s like, well, this is what they want me to do. This is what they want to hear, so I ought to do more of this. ‘Cuz this is great and they love me and I could be the demise of so many recording offices. You know, because suddenly people start giving you cash as well. Soon you’ve got money and you get used to the lifestyle, you don’t wanna take any risks ‘cuz they’ve got you by the balls. You’ve got all this baggage you’re carrying around with you everywhere and you can’t let go, you’ve got all these things you’ve bought or you’re attached to. You start spending all this money. That’s how they get you.”

Yorke had a near breakdown at that point in his career. And if he had given in and thrown in the towel, we would live in a completely different world, musically. Radiohead would’ve more than likely disbanded and Yorke would’ve gone on a hiatus, if that at all. For argument’s sake, let’s say this did happen, only instead of the band resurfacing, Yorke returned a few years later, establishing himself as a solo artist, although to a much lesser degree than it is in reality. (Keep in mind that we’re in a world without Kid A, arguably the band’s landmark album.) Odds are this solo outing would be very similar to that of Morrissey’s. In other words, relevant because he used to belong to something so incredible, but never quite as good as he was than with his band behind him. This is where Yorke lives… in Alternate History X.

As for the rest of the band, it’s difficult to say. It’s hard to believe they would have stuck together and auditioned new singers a la Rage Against the Machine/Audioslave. For the most part, Yorke’s departure — at least at that point of time — would have been the death nail for them. Well, maybe not Jonny Greenwood. He would’ve more than likely gone on to score films or possibly start a new band, but he would forever have to live in the shadow of Radiohead. As for Phil Selway, Colin Greenwood, and Ed O’Brien, talented as they are, they probably would have quit music altogether and settled down finally. Maybe writing music journalism? Or working elsewhere in the industry? Again, it’s hard to say. We’d like to believe they would champion on, perhaps as session artists or something to that effect. 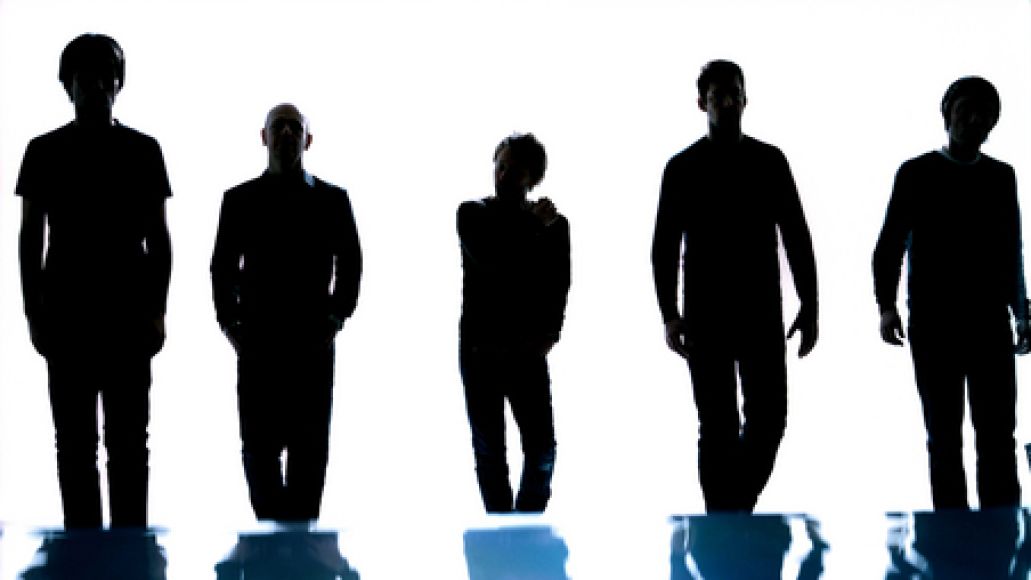 One thing is for sure, however, the music we listen to today would be vastly different. They have changed rock ‘n’ roll forever, especially with the groundbreaking albums that followed OK Computer. Had they disbanded, we would not have the best album of the 00’s Kid A, or Amnesiac, or Hail To The Thief. And there certainly wouldn’t have been a fuss made about the infamous “pay what you like method” put into place  for their 2007 album, In Rainbows.

Fortunately for us, Yorke kept his act together and did not quit the band and enter into a downward spiral. Far from it, actually. They have a fan base as loyal and as large as any band that has ever existed. Some even call ’em this generation’s Beatles. What’s important to take from this though, is that this band has been able to stay so relevant over such a long period of time. Love them or hate them, Radiohead have, in some way or another, influenced the artists you listen to each day. Despite not having a single radio hit since 1993’s “Creep”, they remain the undisputed champions of modern rock. Every person who follows music, even loosely, knows that Radiohead are the band that will one day define their generation musically. But for Alternate History X…

Let’s just say we’re lucky we know of no such place.