It’s been months since anyone thought of the holidays. While Christmas trees have long been removed from America’s living rooms and Santa impersonators are donning bunny ears these days, the brave cubs at Milwaukee’s Shops of Grand Avenue championed on long until the dawn of spring. They weren’t asking for honey, they didn’t beg for porridge. No, they wanted one thing: to play music.

After close to a thousand performances, maestro Leonard Ursidae appeared tired, though far from morose, as he called upon the first notes of the evening. Passerbys remarked at the elegance and courage of such a conductor, as he weaved his baton with ease, despite having spent the majority of his holidays in the chilly confines of the mall. One must imagine the sacrifices, too. Here’s a kindred spirit who left his native habitat — the great wooden outdoors — in pursuit of his true passion. As human beings, we should only be so lucky.

Just as the wafting chocolate scents from Buddy Squirrel perforated across the makeshift concert hall, the notes came together in a beautiful musical wave. Light percussion, courtesy of one raucous-albeit-laid back Gene Ursidae, violins, and cellos called forth the infamous and always memorable Christmas carol, the Italian import “Tu scendi dalle stelle” (“From Starry Skies Thou Comest”). Spectators dropped their bags from TJ Maxx and picked up their children’s jaws, as even the toddlers stood in awe. Christmas may be nine months away, but these musical bears did their best to bring it to us. That they almost did. 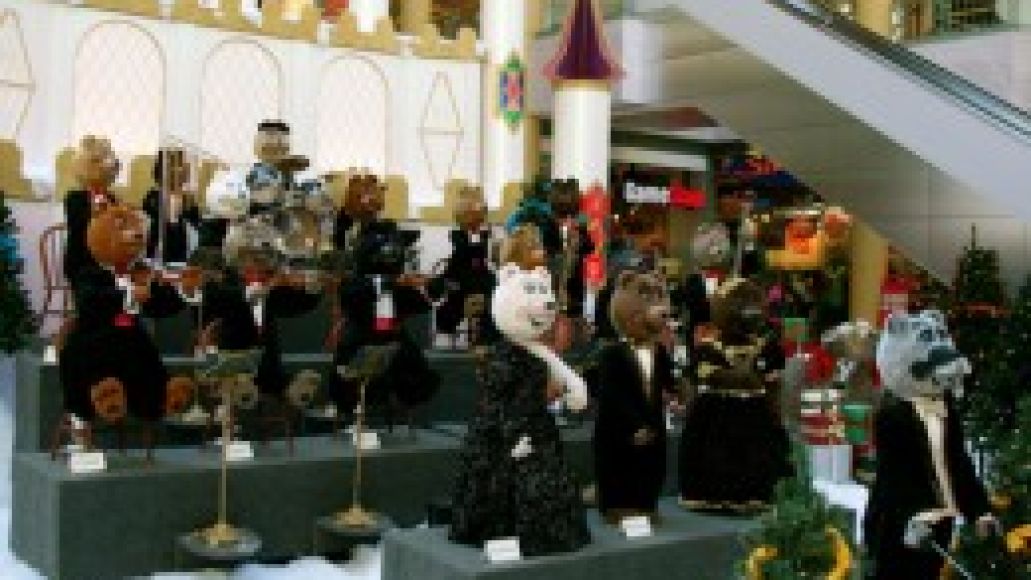 Leonard Ursidae reached far back into his influences. Shortly after one nearby 12-year-old complained about his newly purchased Brewers hat (it is close to baseball season, after all), the elderly maestro ignited what would become a four song suite, spanning several countries and languages. What started in Norway with “Musevisa” shipped far away to the Philippines  during “Ang Pasko ay Sumapit” (“Christmas Has Come”), eventually shimmying back towards Europe with the French classic “Un flambeau, Jeannette, Isabelle” and concluding with the obtuse-yet-ornate German anthem “Es ist fÃ¼r uns eine Zeit angekommen” (“Unto us a time has come”). Nobody said a word, save for the PA on the second floor that let a patron know their pizza was ready, but even still, nothing could take away this performance from these bears.

Given it was the curtain call for these musical beasts (both literally and metaphorically — how often do you get to say that?), the orchestra opted not to scrape the bottom of the barrel, and instead, chose to jump into cuts that swayed left of the dial. They traveled some, leaving the musty confines of Germany and landing straight in the heart of muggy Los Angeles, CA. Those who remained — it was getting late and a few of the mall guards instructed a couple of families to leave — were entertained by a brilliant canon of work.

The maestro spun around, facing his audience instead, and led his caniforms into the heartbreaking strings-based “Locke’d Out Again”, taken from Michael Giacchino’s score for Lost. If that weren’t enough, he bled that into Brad Fiedel’s equally wrenching “It’s Over” (“Good Bye”)”, off of 1991’s Terminator 2:Judgment Day soundtrack, though picked up the mood with “Escape From Venice”, which many would know to be John William’s exceptional inclusion to 1989’s Indiana Jones and the Last Crusade. It must be said that the latter track here proved to be trumpeter William “Wild Bill” Ursidae’s finest hour, as he stole the four minutes and 22 seconds away from every other bear present. 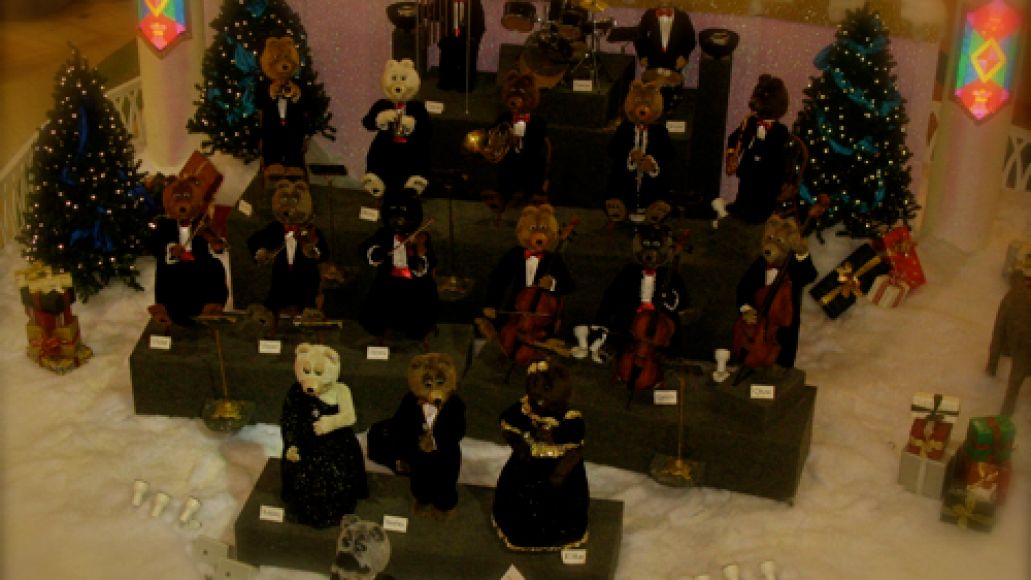 Some stood entertained, but confused. Was Leonard Ursidae abandoning his roots? Since when did he care for Hollywood bombast? Why would the carnivores of Ursidae insist on soundtrack melodies over bold Christmas anthems? A ha, those who doubted this one maestro would be eating crow for a faux Christmas dinner at the mall’s adjoining Applebee’s. Quick to finish, though slow to start, he led his cubs — for the most part, vocalist Bentley Ursidae — into what witnesses present would contend to was thee most emotional and dead-on rendition of the Italian holiday classic, “Ave Maria”.

Applause followed, roses were thrown, and an employee at a nearby kiosk dragged his “cheeky” caricature drawings towards the front doors. When the maestro shut down, so did our hearts. It might not be Christmas anytime soon, but in those 16 minutes, you would have sworn on your parent’s grave that it was December 25th. That’s not power you buy, that’s power you earn. Milwaukee isn’t alone in its taste: These are a pack of bears we won’t run away from!

All photography provided by Heather Kaplan.