Present day Smashing Pumpkins, in all honesty, is kind of a disaster. Billy Corgan has a good and willful heart, but the new music and constant lineup changes continue to eat away at the beautiful legacy that was built and once preserved by Corgan and his original band of misfits. The latest plans and incarnation of the “project” is currently traveling down a road less traveled. Signs pointing toward progression are nowhere to be found. Between Mellon Collie and the Infinite Sadness, Adore, and Machina, major potential for a constant growth was discovered, but because of internal conflicts and drug problems, the original Pumpkins could never hold themselves together.

With the release of a brand new EP, Teargarden By Kaleidyscope Vol. 1: Songs For A Sailor, looming, a trip back to the past to change the future seems to be in order; because nobody wants to see another failed attempt at trying to reinvent the Smashing Pumpkins (Get it? Smashing is an adjective).

Let’s travel back in time to a pivotal moment in the ’90s, when every alternative/grunge/rock band neared a breaking point. In this new alternate universe, Stone Temple Pilots, Soundgarden, Rage Against the Machine, Nirvana, and Alice in Chains all experience personal tragedy, breaking up before and after a new decade. Fortunately, The Smashing Pumpkins escape the Y2K scare unharmed.

Our little time travel and band saving adventure begins with the love connection between James Iha and D’arcy Wretzky, which formed in the early ’90s. Instead of the relationship becoming a complete disaster, as it did in 1992, the two fall madly in love. Skip ahead a handful of years and pass through the success of Siamese Dream and Mellon Collie and the Infinite Sadness; we arrive sometime just after the recording of Adore. 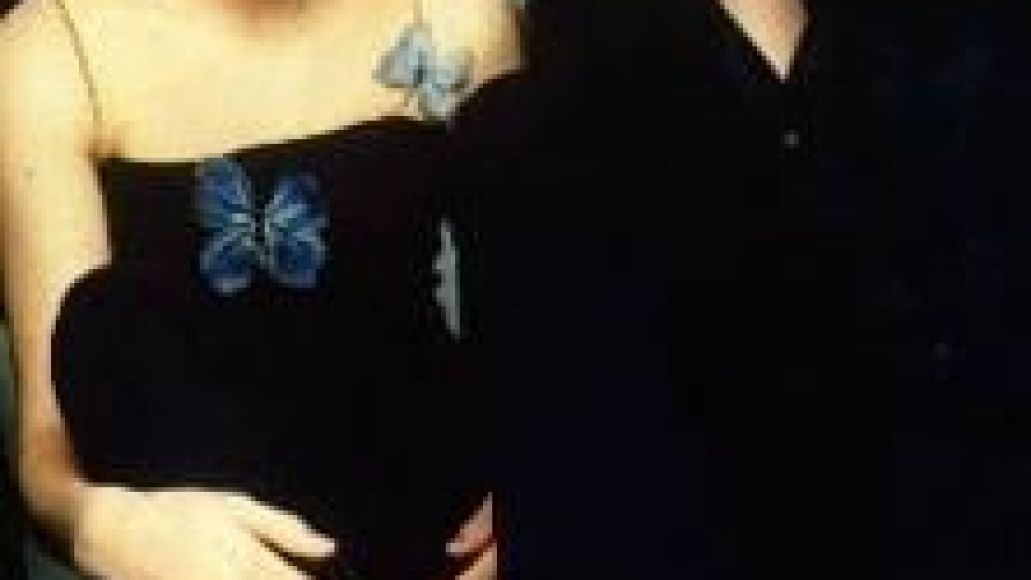 By this time, love between Iha and Wretzky is strong and confident, and it’s announced just before the tour that the couple’s first child is on its way. The thought of a newborn doesn’t even begin to affect the Pumpkins, and after touring for Adore and recording Machina, Wretzky gives birth to James II and takes a leave of absence from the band. However, Iha sticks around and Corgan brings in Melissa Auf Der Maur to sling on the bass.

That’s not all James II changes, however. After battling with a longtime addiction to heroin, drummer Jimmy Chamberlin finally kicks the drugs aside altogether once Iha and Wretzky ask him to be their child’s godfather. But that didn’t stop tragedy from occurring… Later that week, touring keyboardist Jonathan Melvoin overdoses on heroine, leaving behind his guilt-ridden friend, Chamberlin. Since he had sworn off drugs a few days earlier, Chamberlin wasn’t there to save his close friend’s life. Becoming a godfather though, Chamberlin finds solace and a new found sense of belonging.

In 2000, after the release of Machina and Machina II, Corgan and his bandmates decide that it would be a good idea to take a rather long hiatus to allow Iha to help Wretzky raise their son. In mid-December, they play a week-long residency across Chicago — at the Metro, the Vic, the Aragon, the Chicago Theatre, and a very, very special intimate acoustic show at Schubas — and after the last note rings out on “Soothe”, Corgan tells the 200 lucky fans, “We love you. We’ll see you all again on another lucky day.” Christmas arrives, then New Year’s, and on January 3rd, 2001, the members say farewell to one another. It’s a much deserved break and highly productive.

Within that time, Corgan and Chamberlin try their hand at a side project, working on demos in the frontman’s Wrigleyville house. Though never released officially, a rogue cassette labeled “Zwan” leaks out and circulates across the web, featuring songs like “Honestly”, “Lyric”, and a warbled cut of what fans title “Tarantula”. These sessions last a few years, offering Corgan some respite while he focuses on publishing his poetry. Meanwhile, Iha and Wretzky continue to raise James II, though the two both agree they miss touring. Nothing is said to the others. Chamberlin, alongside the “Zwan” demos, works on his own solo material, which never leads anywhere. Instead, he offers to do studio work for a couple of friends.

Flash forward to 2005. After an interview with the Chicago Tribune, to which Corgan, in a fit of nostalgia, says, “They were good people, it was good times. Time isn’t up necessarily, though,” rumors of a Smashing Pumpkins reunion flood the net. While nothing is confirmed, Corgan begins to post cryptic messages in random spots on the web, even going so far as to create a fictional persona named “Star”, who posts on a blog titled, “Zeitgeist.” And then, it finally happens. On June 21st, 2005, a full page ad in the Chicago Tribune and Chicago Sun-Times marks the first official announcement of an SP reunion. 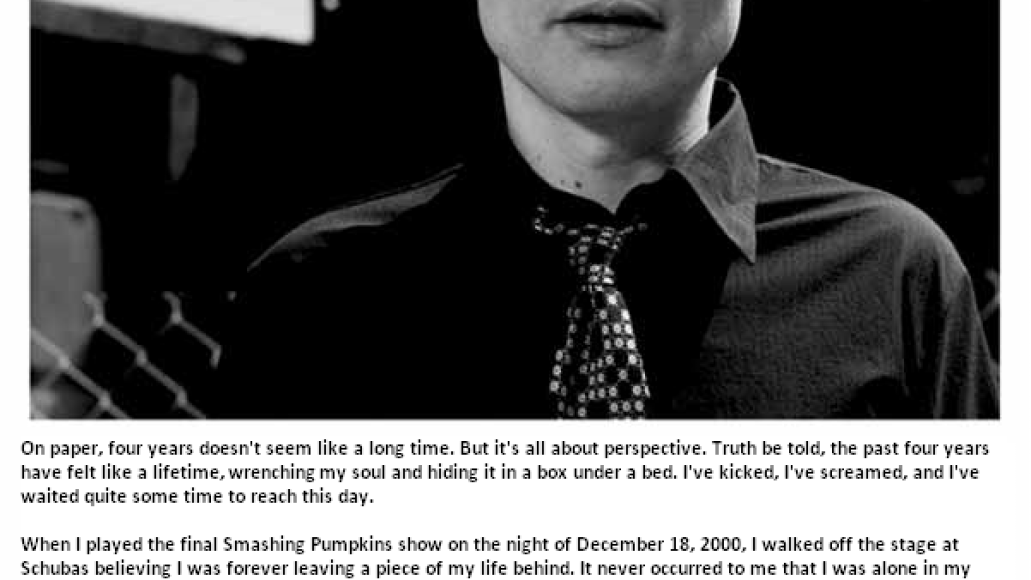 The four reconvene and spend a year rehearsing. There’s some drama. At one point, Corgan smashes his Gibson SG on Chamberlin’s drum head, leaving the West Loop warehouse in an angry fit, spouting out, “What’s the fucking point?” It’s been written that Iha met up with him later in the evening and explained how much he had missed their friendship. Unconfirmed, but makes sense. The sessions come together and on April 20th, 2006 the band takes the stage to a sold-out weekend residency at The Metro, where they originally started their career 12 years earlier. They open slow with “Galapagos” yet finish heavy and raucous with a spin on Machina II‘s “Heavy Metal Machine”. It’s a welcomed come back and the reviews arrive flawless, with some stating that the Smashing Pumpkins sound better than ever. Many critics include the kitschy anecdote that James II watched from the side of the stage.

The Smashing Pumpkins tour for another two full years. Under the moniker 20 Years of Sadness, the tour produces a feeling of nostalgia all around the world. Fans — both new and old — rally in support and shows sell out everywhere. They continue to play it safe, however, only releasing one single: a fresh studio cut of “Let Me Give the World to You”, which features a B-side of newer song “That’s The Way (My Love Is)”. Chamberlin tells Ultimate Guitar that the single is only to “test the cynical waters.”

To celebrate this year’s Record Store Day, the group issues a special pressing of Machina II, along with a Saturday night headlining performance at Coachella in Indio, CA, notably the last date on their previously never ending tour itinerary. As the thousands watch, and the distortion fades on “Geek U.S.A.”, a historic SP moment occurs. It’s a photo every fan saves on their desktop: Corgan glowing with his boyish smile, Iha and Wretzky hanging on Chamberlin’s shoulders, as they all stare at James II at the mic. The boy announces timidly, “Bye.” The following Monday, the band’s PR team issues a press release with the headline: “Smashing Pumpkins to record first studio album in 10 years: If All Goes Wrong.”