For the last 10 years, the Rocks Off series has provided concerts on the waters surrounding New York City. The summertime staple for those in the know has grown from a promotional “shot in the dark” to an entire empire. Calling from his headquarters – a converted houseboat at the East 23rd street pier – founder Jake Szufnarowski is more than happy to explain the unusual birth of the series.

“In 2001, I was managing a local band,” Szufnarowski explains. “I knew I needed a new idea for them, normal clubs just weren’t cutting it anymore. I was walking down the FDR drive one day and thought that would be a cool place to do shows. It turned out that there were a series on boats, but it was all blues bands and they didn’t want anything to do with us because we were a young rock band. So, I started calling people who had boats until I found somebody that wanted to work with us. That first year we did six shows, this year we’re doing 200 and we’re still working with the same guy.”

In 10 years time, the rock ‘n’ roll cruise has been host to everybody from Bad Brains to Passion Pit to MIA (“That was in 2005, before she was a New York Times cover story!” ), and the list goes on and on. He’s had quite the success rate, one that any agent dreams about, and yet, Szufnarowski’s yet to book the talent of his dreams.

While one may think that planning for such an event would be akin to throwing a frat party on a boat, it’s fairly complicated.

“It’s an on going process,” Szufnarowski explains. “The first Monday after New Year’s Day, I start thinking of bands. January, February, and March are booking and all of that boring stuff and then the booking continues through September, October. It’s pretty non-stop from January to October. When booking nobody wants to talk about next year until next year happens. It’s a reverse teacher’s schedule, we have off November and December.”

With the success of Rocks Off, Szufnarowski has considered setting up year round events in warmer climates, but has done only in passing. “Where would we do it? Florida?” He asks and answers his own question. “It’s a cultural wasteland and you have to drive in and drive out.”

That is not to say that there haven’t ever been attempts at running the series elsewhere in the Northeast. At one time, Szufnarowski ran a test run event in his native hometown of Boston only to be disappointed.

“We forgot to take into account there’s nothing to see,” he admits. “The sky line is lame. We got out of  the harbor and realized there was nothing to look at. [In New York City], there’s always something to see. In Boston, we saw the same 12 buildings. The only other place that it would possibly work would be Chicago because the lake turns into the river and it goes through the city.” 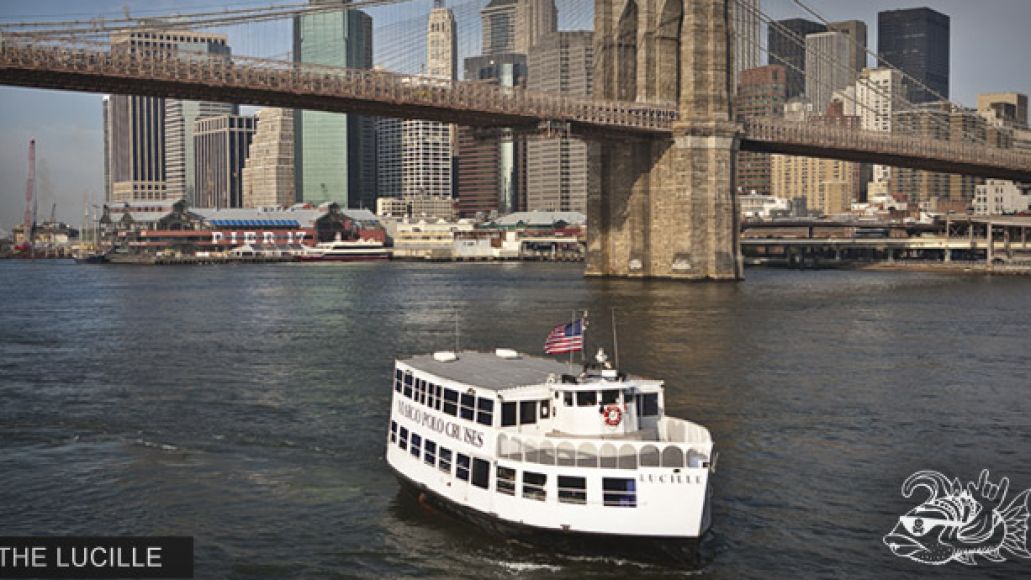 Although a Boston native, Szufnarowski had a desire to live in New York City from a young age and explains his route to being a New York local rather lightheartedly: “I escaped at 18, lived in LA for six months, and then came to New York. When I was younger, like five, I would see New York on TV and tell my mom that I would live there one day. But I moved here to make it in the music business… showed you mom.”

I hated boats, water, the beach, fishing, my love of rock ‘n’ roll trumps all.” He laughs when asked about the challenges of his unique enterprise, adding: “The first time we did it [hosted a show on a boat] I got sea sick. When we moved our offices onto the boat, the first time people came on they asked, ‘How do you deal with it?’, but you just do.”

So, could the Rocks Off concept be applied to another mode of transportation? 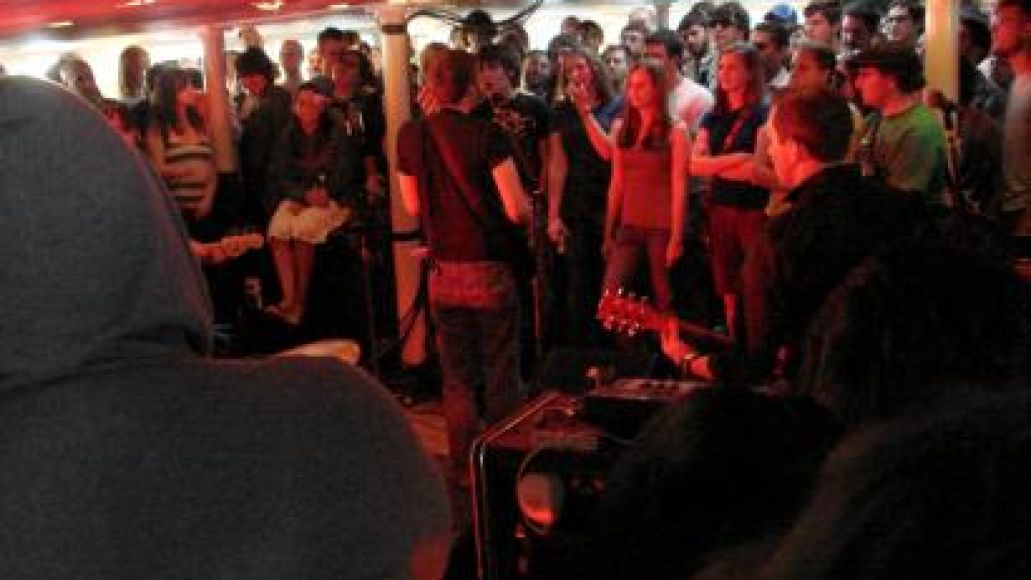 “PRIVATE PLANES!” Szufnarowski exclaims, while laughing. “I’d have to do something douchey like get Dave Matthews Band and charge fifty grand a ticket.” A second later, he adds, albeit more seriously: “I’d love to do an acoustic act in a hot air balloon.” The dream act to play this unusually staged acoustic set? “Keith Richards.”

Szufnarowski is aware that Rocks Off is still under most people’s radars, even concertgoers’, and he urges everybody to attend one show, simply because “shit goes down on the water.”

“People lose their shit because they’re on a boat,” he says. “I asked [Walston] if he had planned to do that and he said no, he just got excited and it just happened.”

A Decade of Music and Mayhem in the Harbor