Ingrid Michaelson touched down in the UK in late May for three shows while on a short European tour during her seemingly never ending schedule of live work. The singer-songwriter looked relaxed, if a wee bit travel weary, when Consequence of Sound caught up with her the day before her biggest London show yet.

She settles into a artily comfy sofa in the lobby of her boutique hotel and the first thing that strikes you about Ingrid Michaelson is her bright, sharp eyes, honed with their wry observational powers, behind her trademark glasses. If they had SpecSavers in the States, she’d be in all their commercials. Dressed casually and clutching a cute yet demure short skirt and top for an imminent TV appearance, she is slim, tall, and has a china doll prettiness about her.

The conversation starts up about her latest shows. “British audiences are usually respectful and a little reserved, she explains. “I just played Glasgow for the first time and expected it’d be lively, maybe noisy, yet you could hear the proverbial pin drop.”  The Germans, she goes on to say as a sting to us Brits, just want to have a good time. The artiste has a natural comic flair and great timing. She works this into her live performances but claims she tries to tone down the ‘clown dial’ a little over here. That being so, her UK shows are still full of humorous digressions and tell-it-like-it-is put-downs.

This is Michaelson’s fifth trip to the UK and she’s played progressively larger venues culminating in the 1,200 capacity Shepherd’s Bush Empire for her May show. So what’s next, Wembley or the O2? She plays down any sense of importance attached to the size of venue. “For me, it’s about talking direct to the audience, getting a rapport, creating an atmosphere, almost a one-to-one ambiance. I try to make the audience feel they come away with something worthwhile.” She likes to think of her stage projection as akin to talking to a close friend.

The singer seems touchingly surprised about the scale of her fan base. “Maybe it’s a spin-off from Grey’s [Anatomy – the TV show that featured “Breakable”, “The Way I Am” and for which she wrote the stunning series closer, “Keep Breathing”]. Possibly some ex-pats over here… perhaps MySpace?” For an artiste heading north of 33 million plays on that site, she is genuinely unassuming and you get the message that she really doesn’t know, but is not complaining about it either.

We talk about a regular set-piece on Michaelson shows. “The Chain” is a song in the form of a round, where two or more voices join in at different times singing the same lines. On stage, the singer appeals for a third vocalist to help out with the song and a member of the audience steps up and sings it word and note perfect. So has she ever invited someone up who can’t sing or forgot the words or even gives a speech about liberating Tibetans? The singer smiles and proffers an affectionate nod in the direction of her ability to connect with her audience and fan base. “Well I don’t do it at every show and it isn’t always perfect,” Michaelson claims. “But it generally works really well and I enjoy mixing it up when Chris [Kuffner] is playing. It works fine with a male voice in there, not just with the girls”. Kuffner is joined by singer-guitarist Bess Rogers with a second guitarist and drummer on this tour, giving Ingrid Michaelson the option of a full band to mix in with her solos and duets.

Another example of Michaelson’s strong audience connections is the recent “Everybody” video contest in which fans submitted home movies of themselves singing along to the title song from her latest album, Everybody. Separate competitions were run in the US and the UK with winners getting to sing live on stage with Ingrid. “The idea came to me after lots of fans had already done something like that on YouTube. It was great sifting through all the responses. I like to keep open lines of communication with my fans. I mean where would you be without them. The day you forget your fans, you’re no longer true to your art.” The singer is sincere in her appreciation and there’s no hint of cliché in her affections.

Michaelson’s close connection with her fans is ably demonstrated in her “Everybody” Video Contest Montage.

Ingrid Michaelson clearly has the ability to inspire young women especially, the world over. You can see that whenever she plays live and hear it in the decibel level. As well as her ever-expanding body of core fans, the artiste is winning over people who otherwise might never hear her. She has a new two-disc Everybody/ Girls and Boys Special Edition album out which includes her own version of “Parachute”, the song she co-wrote with producer Marshall Altman which became a UK hit for Cheryl Cole. “No I haven’t met her yet,” Michaelson says. “In fact I didn’t really know who she was. I certainly didn’t realize how big she is over here… she’s in all the tabloids and Celeb magazines”.

For those about to hit Google, Cheryl Cole (nee Tweedy) shot to fame on the back of a reality pop show, becoming a member of Britain’s biggest girl band, Girls Aloud, a mentor and judge on Simon Cowell’s X-Factor show and, more recently a No 1 selling solo artiste. She is also a bit of a people’s princess over here and got the biggest sympathy vote since Peter Andre (Aussie popster and Katie Price’s ex) when her husband Ashley (possibly Britain’s most unpopular footballer other than with Chelsea fans) cheated on her. All of which, perplexedly, sets her miles apart from Ingrid Michaelson and adds intrigue to the “Parachute” connection. Then again maybe audience popularity is a common enough bond.

Unlike Cheryl Cole, who has been groomed throughout her career by record labels and management, Ingrid Michaelson maintains a decidedly independent stance. Her manager, Lynn Grossman, runs a licensing business and only manages the one musician. Michaelson was first discovered by a member of Grossman’s staff, who found her on MySpace in 2007. The singer has turned down big money offers from major record companies and still releases her music on her own Cabin 24 label. The tie-up with Grossman led to her songs being featured in commercials and on TV shows like Grey’s Anatomy, which really kick-started her career.

Word-of-mouth marketing through ad syncs and social networking sites has served Michaelson very well and contributed to major commercial success, yet on her own terms. As she insists, “MySpace is still a great medium for bands but I like Twitter especially as it’s a great way of staying in touch with people and as instant as it gets.” As for the ads and TV shows, she sees these as helping her continue to make music and to get a better life. This is quite the reverse from any accusations of selling out and clearly here’s an artiste at work in charge of her own career, as well as making a great fist of it. 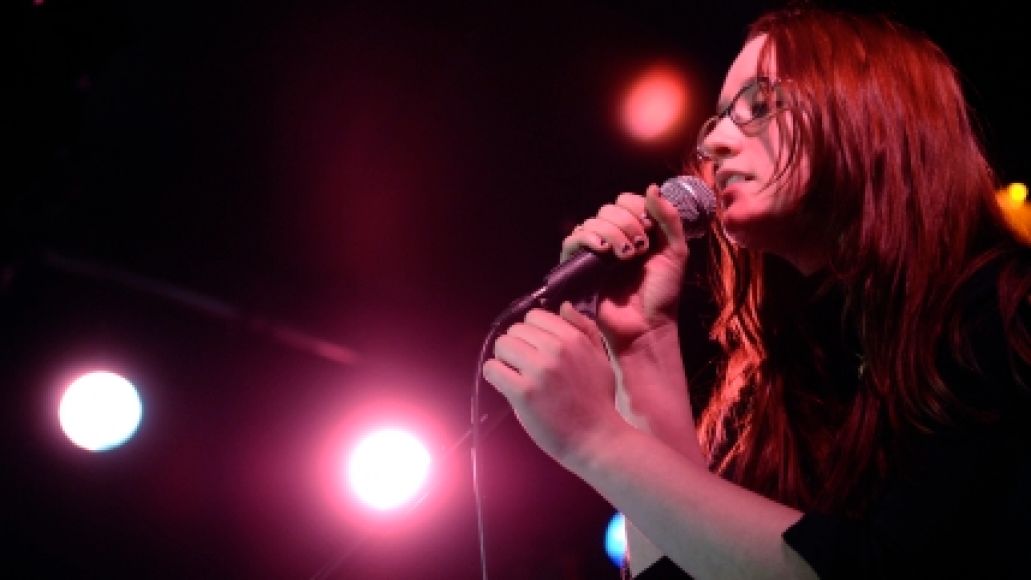 Touring always seems to be on Ingrid Michaelson’s agenda. She recently toured with Barenaked Ladies and found it a great experience. “They were really sweet and funny guys.” She is now headlining on a major US tour till mid July, taking in appearances at Bonnaroo, Basilica Block Party, and Lilith Fair. There’s then hardly time to catch a breath before she supports Keane on their 12-date US tour. She admits to being a bit of a fan of the UK three-piece.

The clock was ticking before she had to dash off for her TV appearance. The singer always seems to pack a great deal into her schedule. Did she ever tire of the touring and playing the same songs over and over? “The audience makes the difference and helps keep it all fresh,” she says. “It can be exhausting but on stage is where I can recharge. It makes it a different experience each night. I try to let the audience have a say in where it goes, like when people shout things and I can use that to feed off. If you start with a polite and respectful audience and end up making them come out of their shells, then all the better.”

From the evidence of her London show the next night, Ingrid Michaelson continues to be a past master in the art of stagecraft.

An Intimate Conversation with Ingrid Michaelson