The latest edition of Flaunt Magazine on Consequence of Sound features a bio piece on Elly Jackson of rising UK electro duo La Roux and, as you’ll soon see, the Brixton native doesn’t hold back, discussing everything from La Roux’s sound and her career following the release of the outfit’s masterful 2009 debut to her trademark hairstyle and what’s on the horizon (hint: she’s already thinking about their next studio album). Please enjoy the piece as well as some equally stunning pictures below.

Type Elly Jackson’s name into Google and before you can even get past the J-a-c, the search engine will suggest: “Elly Jackson sexuality.” Other suggested searches will lead you to read about the young singer’s hair (a fiery swoop often compared to an artfully coiffed ‘80s act), her mother (star of a British TV show The Bill), and her age (she turned 22 in March). Overexposure, Jackson is finding out, comes with the territory of pop stardom in the 21st century.

I don’t know fuck-all about prince or david bowie outside of the music,” Jackson says over the phone from a Berlin hotel suite. “I really don’t want to know if David Bowie had a ham sandwich for lunch. Can it not just be the music?”

All right, forget ham sandwiches; let’s talk about music. Jackson is one half of the electropop duo La Roux, and she splits writing and producing duties with collaborator Ben Langmaid. At first listen, their sound comes straight out of the ‘80s, all tinny synths and airy vocals arranged over a glitch-filled beat. Yet the music feels fresher than other retro rehashes. Maybe it’s the fact that they’re referencing the kind of bands that peaked about five years before Jackson was even born. No kitsch or tongue-in-cheek references here.

Then there are the lyrics, miles from the throwaway fluff of bubblegum pop. With heartfelt vocals, Jackson belts out deeply personal stories on themes like love and lust and loss. Which makes sense, as she was weaned on vocally driven acts like Fleetwood Mac and Crosby, Stills, Nash and Young, and cut her chops singing along to Gerry Rafferty tapes in the car with her mother. Her father taught her guitar at age six, and by 12 she was writing her own songs. Back then, she says, “I wanted to be a combination of Nick Drake and Joni Mitchell.”

The transition from folk singer to pop star started when Jackson was overheard singing at a New Year’s party, and was introduced to Langmaid, an industry veteran with ties to Faithless and a mid-’90s dance track under his belt. (Though it’s been suggested that a record label put the pair together, Jackson is quick to dispel the myth: “We had a conversation over the phone, and then I went and played some stuff for him and he just said, ‘I’d really like to work with you.’ No money changed hands or anything like that.”) They’ve been working together, when they can, ever since.

Their first project was an acoustic act called Automan, featuring, Jackson says, “weirdly, Doobie Brothers-type drumming guitar, kind of fast and quite funky and lots of hammering on and off.” Langmaid gave the music an electronic gloss. Their first collaboration, “Fascination”, evolved from this acoustic period into a full-blown electronic pop song. They started writing directly on the synth, songs like “Bulletproof” and “Cover My Eyes” and “Colourless Colour”. Before they knew it, they had an album, but that was about all they had. 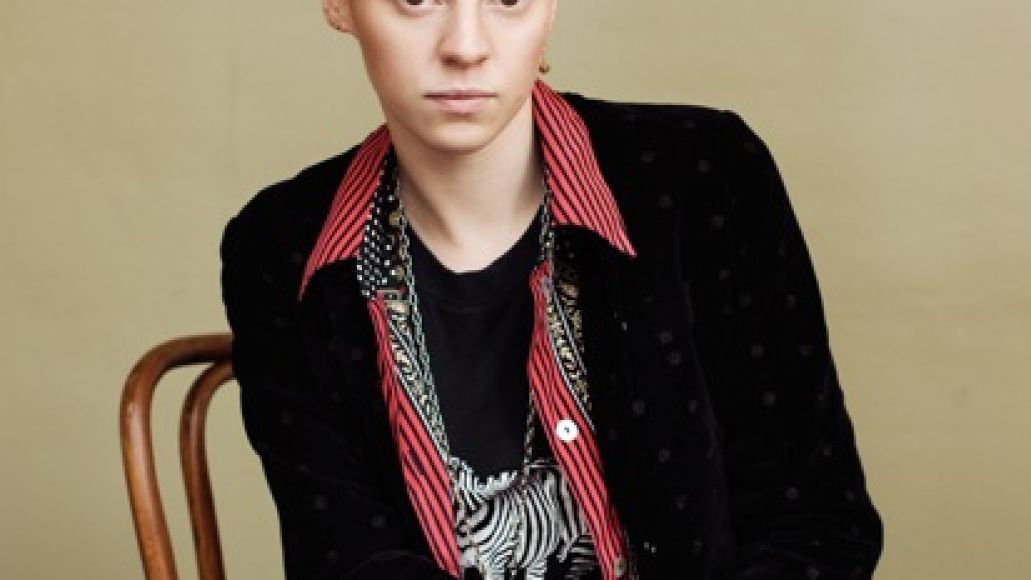 “We’d never done a gig, we didn’t really have any fans, we just had a MySpace page,” says Jackson. Their first single, “Quicksand”— a soulful digital ode to yearning—came out in December 2008 on French indie label Kitsuné Music. Just two months later, Croydon-based dubstep producer Skream remixed “In For the Kill”, and introduced La Roux to the dance floor with his dark take on Jackson’s raw vocals. It was a classic case of MySpace-to-riches: by summer, La Roux was at the top of the British charts with “Bulletproof” and their eponymous debut album was nominated for the Mercury Prize.

In a little over a year, Jackson has had to get used to dealing with interviewers hunting for gossip, not to mention running into girls rocking her look on the streets of London.

Because while La Roux is definitely a duo, Jackson is without a doubt the face of the band. She’s the one who does all the interviews. Langmaid stays home when she hits the road accompanied by two keyboard players and drummer. It isn’t surprising, then, that La Roux finds themselves lumped in with solo female pop acts like Lady Gaga, Ladyhawke, and Little Boots. “I certainly can’t look at myself like other people do,” says Jackson, “so I’m not sitting here thinking, ‘Oh, wow, you know? I’m La Roux.’ I usually just think of things I can do better. There’s a lot more music I want to make, so I’m trying not to hang too much on last year, or praise myself too much. I did work hard, but you have to.”

In some ways, Jackson is an unlikely candidate for stardom. Among other things, she still lives with her mother and father in South London’s Brixton. Yet, she has all the ingredients: an easy confidence, and an idiosyncratic look that extends from the ends of her hair to the tips of her pointy-toed brogues. And she’s not afraid to speak her mind, which has landed her in tabloid turmoil, and fueled a media-manufactured feud with hip-hop girl group N-Dubz.

While it may get annoying, the gossip is helping to turn the 22-year-old into an unexpected icon for a wave of young women tired of the trickle-down celebrity fashion of Britney and Beyoncé and their ilk. Jackson’s fashion-forward pop persona got its start in youthful experimentation, making the clothes she couldn’t afford with her friend and stylist Nova Dando. Together they deconstructed high-street clothing and remade them in nipped cuts and loud patterns. And then, of course, there’s the hair.

“Now it sounds so naÃ¯ve to say it, but I don’t think I thought I looked that different,” admits Jackson. “I knew I didn’t look like other women on TV, obviously, but I didn’t really think anyone would take any notice. I’m not joking.” But her individual style inevitably attracted curious eyeballs. “I remember when it first happened to me,” says Jackson. “A girl came up to me in the toilets in some bar—dodgy—and was just like, ‘You make me feel okay about the way I dress and the way I want to look and be,’ and whatever.”

Jackson is taking it all in stride, and looking to the future. She knows that with pop comes the promise of reinvention, and that style can be a driving force: “It only makes sense to link music and fashion, because it’s two of your strongest senses—sight and sound. [Look at] people like Bowie and Madonna–you can have 10 different lives as a pop star.”

On the road, Jackson has found a new creative energy, and maybe even a new direction for La Roux. And though life on tour doesn’t offer much in terms of material, it gives her plenty of time to think about new sounds. Her recent playlist has taken a funkier turn, with a litany of Italo disco one-hit-wonders such as Fox the Fox and Punkin’ Machine.

“I want the next record to be more human—we both do,” she tells me, and so far this new direction includes more percussion, a live bassline, and less jagged rhythms. Once she’s back in the studio with Langmaid, of course, that’s all apt to leap into an unknown direction. It’s just another step in the evolution of La Roux. 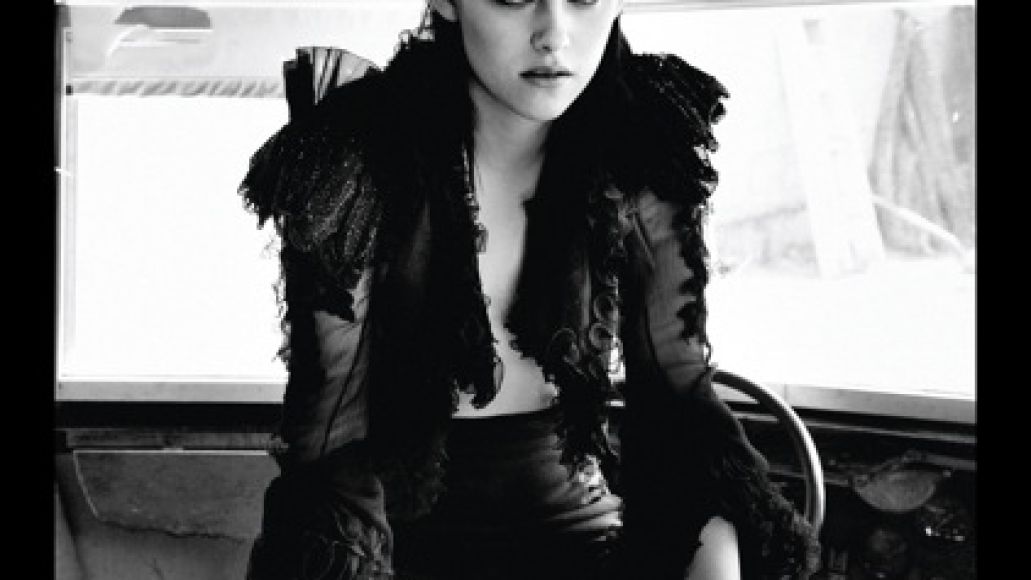 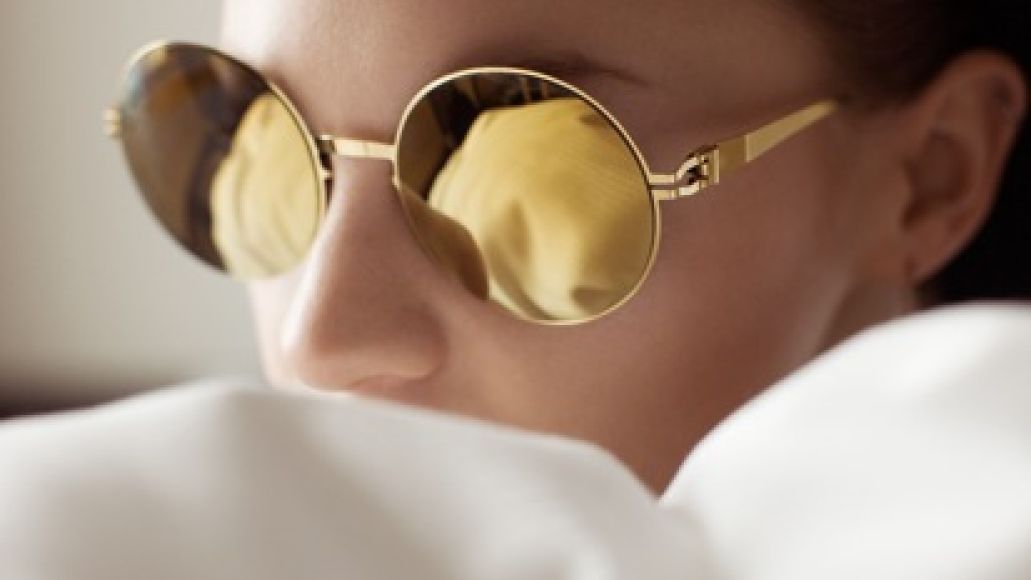 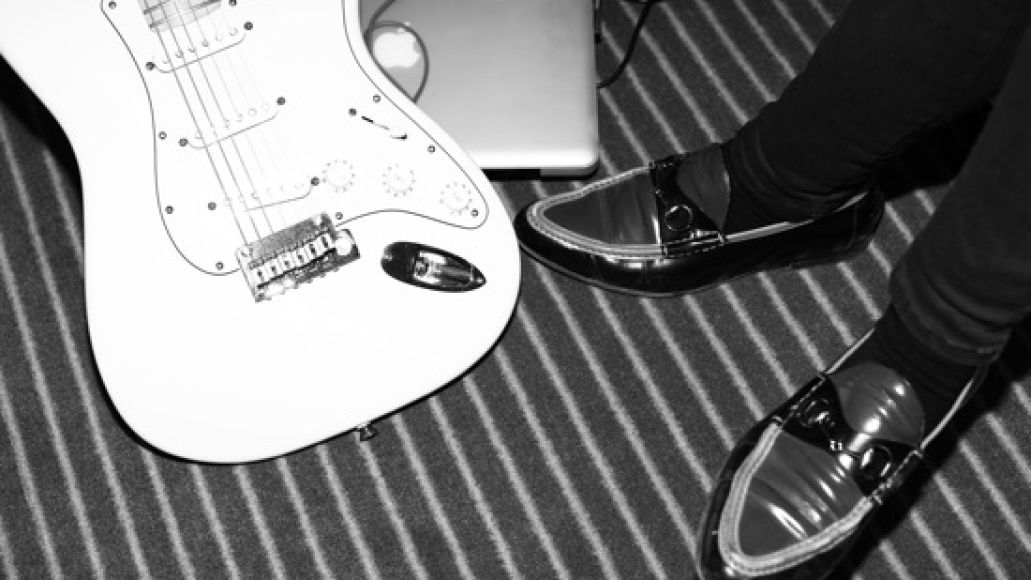 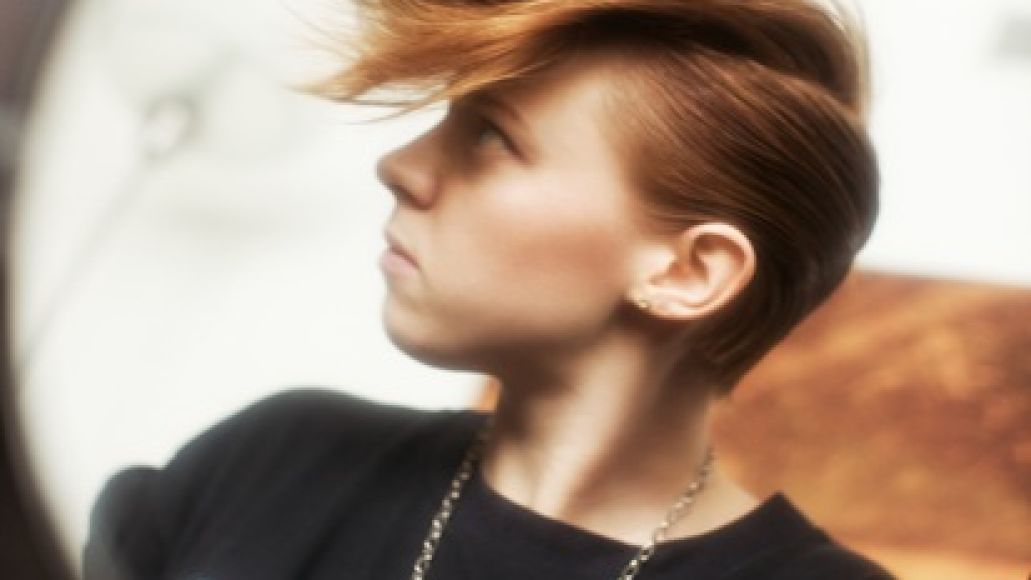 Flaunt on CoS: The 9 Electric Lives of La Roux