I met Ian MacKaye once. I’d have to say it was a pretty cool experience, mainly because I met him in my sleepy college town where nothing ever happens other than bar hopping and jam-band shows. He told his audience tales from the road, which took place during the glory days of Washington, D.C. hardcore. These were things we could only imagine doing, rather than actually living. MacKaye spit a lot of brilliant sentiments that night, but one thing that truly blew my mind was his remark about the classic (and fantastically written) song by Minor Threat, “Guilty of Being White”.

There is a legendary punk rock 101 story that goes with this song, and to sum it up quickly, that song ties in with the fact racist idiots take lyrics the wrong way constantly. “Guilty of Being White” is in no way a song about racism, it’s a song about being the minority, and being on the short end of the straw resulting in racial ass beatings. Eventually, some nut job heard the song and felt it was speaking to him in some racial sense and, of course, Minor Threat’s message got blown out of proportion. MacKaye, while discussing this, made an excellent point. “I never thought I’d have to deal with that kind of thing. In fact, I never thought I’d be talking about those lyrics with anyone. I wrote those songs for my group of friends and myself. I didn’t think I’d be having this conversation with all of you about it over twenty years later.”

His comment on how he never thought that song would get any bigger than his crew in D.C. just goes to show that MacKaye was nothing more than a man of the community. He strived and surpassed expectations to get his band and his friends’ band’s music out into the stereos of punks everywhere. I have probably read more books on Minor Threat and the D.C. scene than I have on anything else in life and every single rendition of the story gets the same point across about Ian MacKaye; he did a lot of things that seemed unfathomable at the time, especially for somebody his age. With MacKaye’s pocket change and brains, he started series of bands, a record label, a cult-movement, revolutionized a genre of music, and created terms that are now in dictionaries. Not such a bad resume for a DC minor. 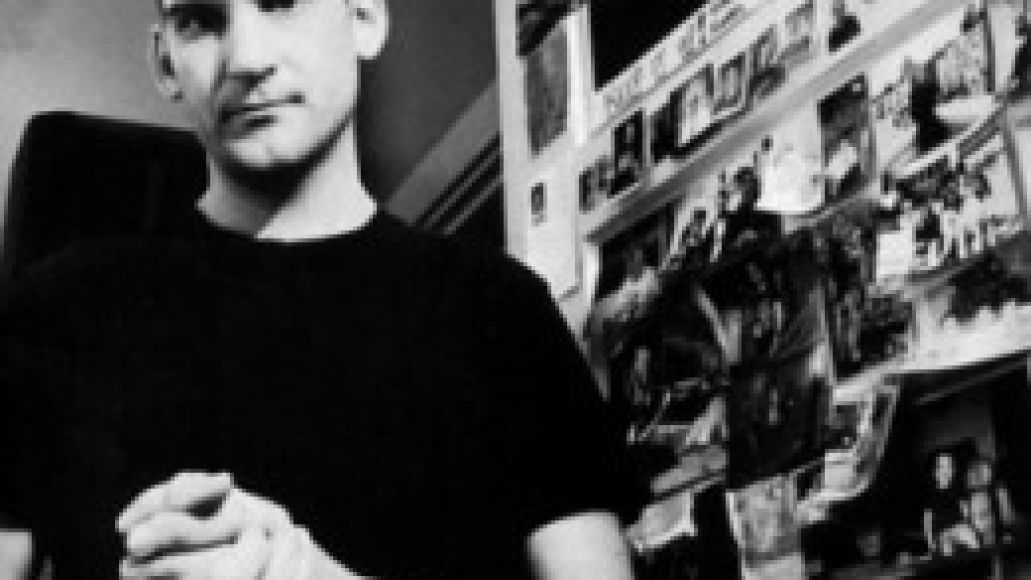 MacKaye grew up during the era of counterculture and mass drug abuse in our country, so he witnessed first hand what drugs and corruption could do to a half-decent society. He was one of the few people in his area that seemed to feel this way, so he rallied the troops together in a sonic call to arms. The music he was hearing helped to. While he loved Hendrix (he assured us at his talk that he still idolized Jimi) and various other classic rock bands, bands like the Clash, the Damned and Black Flag made more sense at this point. Within the next few years, MacKaye would run, organize, and play in several different bands, all of which carried the same messages of youth revolt, an anti-drug lifestyle, and basically just being fed up with the music that was on the airwaves. They were in it for something different.

That’s why punk rock was the perfect outlet for MacKaye and his posse. He and friend Jeff Nelson started up an outfit called the Teen Idles, who became this sort of underground phenomenon in the DC punk culture. Their album cover signaled in the trademark of straight edge (black X’s on both hands), their eight-song EP packed a sonic punch equivalent of an irritated hornet’s nest, and they even managed to get gigs all the way in California, which was truly difficult at the time for young kids to do. Also, since they were so young, numerous clubs wouldn’t book them due to their audience age group. MacKaye was even able to get that policy lifted so that the music could be heard by all. Eventually though, the Teen Idles disbanded, and Ian went on to form one band that would make him an icon for years to come; Minor Threat.

If you have ever listened to Minor Threat’s Complete Discography, you know it’s no ordinary punk album. The opener, “Filler”, contains some of the angriest opening punk lyrics to date (“Your brain is clean/What’s going on?/You picked up a Bible/And now you’re gone), while “In My Eyes” sounds like pent up rage finally boiling out of MacKaye’s mouth (“You tell me that I make no difference/At least I’m fucking trying/What the fuck have you done?” is genius). At the same time though, there are songs with some (even though the band would never admit it) pop sensibility, that are still accompanied by that “fuck you” attitude and philosophical life-lesson lyrics. “Look Back and Laugh” makes more sense to me now than it ever did when I was angry, while “Cashing In” is the catchiest and most capitalistic number the band ever wrote. Not to mention “Straight Edge”, the punk rock history lesson that helped to spawn the term and movement. This album is a punk rock classic, if not the definitive Bible of hardcore music.

Minor Threat eventually disbanded, but by then MacKaye had made his label, Dischord Records, a full-time operation. He kept playing in bands like Embrace and Egg Hunt, but also focused on recording other bands like Gray Matter, the Faith, and Rites of Spring. Then MacKaye’s other big-time project, Fugazi, took off at a speed faster than punk. I’m almost positive I’m not alone when I say “Waiting Room” is by far one of the most inspirational hardcore songs to date (not to mention contains one of the sweetest bass lines), and both 13 Songs and Repeater are stone cold classics. MacKaye toured relentlessly with Fugazi for roughly a decade, while the band cranked out records, a film, and thousands of dirt cheap shows (they were five bucks for awhile). The band’s legacy, style, and devotion to the underground and their morals have been mimicked ever since, but never achieved. There was nobody more vicious and dedicated in the ’90s than Fugazi.

What’s MacKaye doing now? Well, Dischord is still in full effect, and still releasing new material from new bands regularly. He also plays in a band called the Evens, where he plays drums, and the band has been known to tour from time to time.

Bottom line: Ian MacKaye has done more than most of us ever will, and the best part is, he’s just a normal dude. He doesn’t ride in a limo, he doesn’t sit around counting his money and he certainly doesn’t go to A-list celebrity parties. MacKaye just appreciates good music and a good message, which is exactly what got him the job he has now. He never went out thinking, “I’m going to be a rock star, and while I am, maybe I’ll change the world.” He has always been completely humble about his iconic status, because I think even he knows that he was just a guy with the exact ideas people needed to hear at that point in time.