Ralfe Band is the brainchild of outré songwriter and multi-instrumentalist Oliver Ralfe and drummer, guitarist and arranger Andrew Mitchell. To picture the music of this surreal UK outfit, you might want to think Gabby Young on a date with Morton Valence on the set of The League Of Gentlemen. Only there’s no female vocalist, and the set should really be The Mighty Boosh, a similarly left-field TV comedy that somehow only the Brits, or perhaps the French, could make, and one that Ralfe band has regularly serviced with music. If all this gets you hitting Google in fits of desperation, save yourself some clicks, and check out the band’s website (be prepared to see a lot of a very strange film as you browse) or Myspace (at least we all know how that works).

Ralfe Band has released two studio albums – Swords (2005 and reissued in 2007 with bonus tracks) and Attic Thieves (2008), and toured extensively throughout Europe, performing at festivals from Ireland to Istanbul, including Reading, Leeds, and slots on two of the main Glastonbury stages. The band’s most recent project, the original soundtrack for a film called Bunny And The Bull, came out last year along with the movie, and there are plans to release both in the States within the next few months. Meanwhile, the band is working on a third studio album.

Bunny And The Bull is a surprising visual feast, a kind of road trip movie in reverse, set entirely within a small apartment. The hero, Stephen, hasn’t been outside for months. With such an unbearably restrictive routine, he relives a disastrous trek around Europe he undertook with his larger-than-life friend Bunny, a womanising drinker and gambler. Stephen’s apartment is the launch pad for an extraordinary journey through landscapes composed of snapshots and souvenirs. A tale of love, disillusionment, stuffed bears and globalised seafood, Bunny And The Bull is an offbeat and heartfelt trip to the end of the room.

The soundtrack echoes this strange visual world. Experiencing the two in tandem makes you realise that Oly Ralfe was born to score movies while the soundtrack equally stands up very well on its own, keeping the listener absorbed in its quirky twists and turns. The music is highly atmospheric and piano features heavily throughout, with background discords adding charge to the more conventionally melodic piano sounds. There is a real eclectic feel to the recording, as folk and gypsy influences sit side by side with electronic, semi-classical and even country pieces. This plays to the road trip scenario and reflects where the characters are as they relive the European journey. 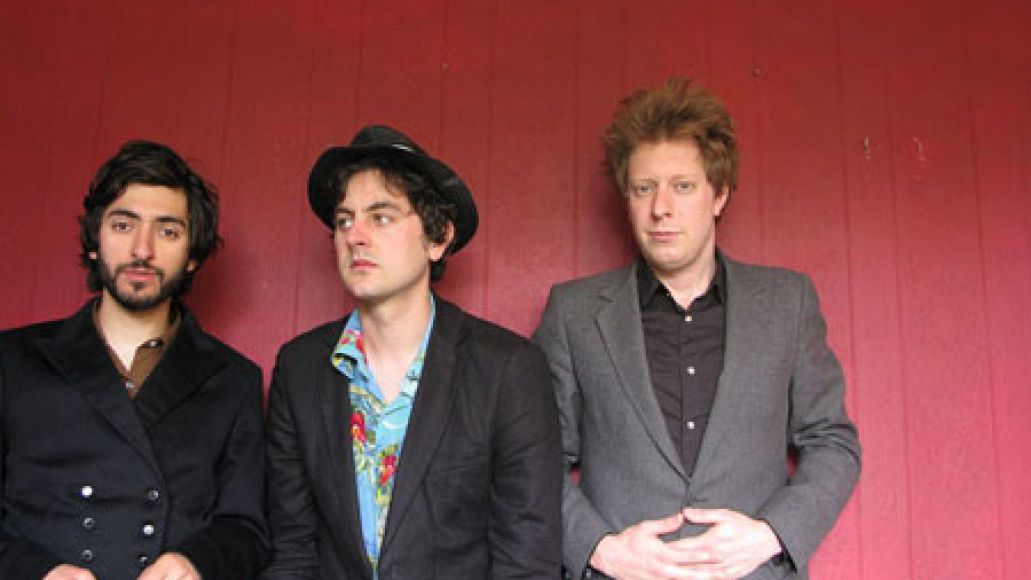 The title theme that opens the Bunny And The Bull soundtrack has touches of Erik Satie in its opening melody and comparisons with the French avant-garde composer are apposite. Ralfe Band creates music that is experimental and touches the absurd as aptly as the dark and mysterious. Unsurprisingly the soundtrack is largely instrumental but contains the odd vocal delight, notably “Fiesta Song” which is illuminated by a lovely drunken croon, and gypsy east meets south-of-the-border instrumentation. There are echoes of Ralfe’s earlier work in Bunny, notably the opener on Swords, the wonderfully titled “Frascati Way Southbound” and a later track, “March Of The Pams”, either of which could have eased their way into the film score.

The nice thing about Ralfe Band is you can’t categorise what they do. It’s original, challenging, characterful and absurd, musically and lyrically. I especially like one of the quotes on the band’s website. “It’s difficult to tell who they’ve been listening to…” – John Peel. The veteran BBC DJ and champion of much of the great alternative music over the 40 years up to his untimely death in 2004 summed things up with his customary panache and economy. It is no great surprise to learn that Ralfe Band got Peel’s approval in their early days.