Even though they are based 3000 miles away, Woodsist and the bands that call the label home seem like locals when they come to Los Angeles. Somewhere down the line, terms like “Woodsist” and “The Smell” and “Fuck Yeah Fest” became intertwined and a scene developed that transcended location becoming more about bands with similar ideas yet hardly similar aesthetics. These bands, and especially Woodsist chief and Woods‘ singer Jeremy Earl, understand the DIY ethic that independent music is based on. There was a time when a band’s sound was determined by what they had access to and what they could afford. Things like lo-fi and cassette recordings and hand-screened shirts weren’t hip because of novelty and they definitely weren’t the chosen route by choice. And thus these bands that bond over the struggle, but refuse to cash in and make it easy on themselves, find their audience in the process of creating music as much as the finished product. People put them up for the night, volunteer to serve food at shows in basements, even work the merch table. This is how communities, particularly this nameless cross-country network, are born and thrive, by supporting each other and remembering why you do what you do.

By staying true to these fundamentals, Woodsist Festival: LA  was a clear success. They actually made throwing a festival look extremely simple. Just get some decent bands to all play on the same day, get a couple of taco trucks to roll around, and that’s it. They probably didn’t even need the bar as kids these days are tremendously resourceful. The kicker is that this is the second of three festivals this year in L.A (The first being a cancer benefit featuring No Age, Best Coast, Vivian Girls and more; the last being FYF Fest) that celebrates the indie spirit without all the posturing and back patting larger festivals get away with. This event sold out two small venues, about 1000 tickets combined, which constituted both fans of particular bands and just fans of long-ass shows. With one major exception, I think fans were generally happy and treated to a day well worth the 12 dollar admission. 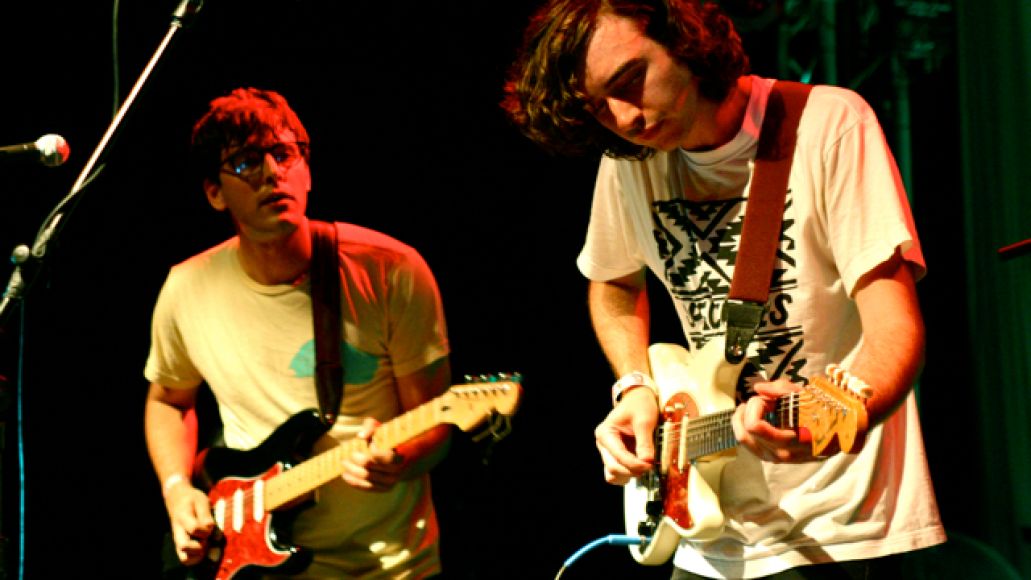 Woods was the highlight of the festival, a band that I had previously seen prior to gaining familiarity with them (but still liked them then, too), and was looking forward to see the jams from this year’s At Echo Lake and last years Songs of Shame. And jam they did, in fact their opening number was an instrumental jam session from an earlier band make-up. Woods’ jams like “The Creeps” could soundtrack a Vietnam battle scene or a smokey party sequence, with the band showing chops, restraint, and taste level. Psychedelic guitar rock has been played over enough times to seem stale, but somehow, Woods make it new again, with their combination of folk and the current indie trends.

With their first vocal number and second song overall, Woods surpassed my memories a good live band to become a band that is better live. With the exception of “Suffering Season”, which felt a little thin and lacked the speed up in the second verse, every song played was more effective than the original version. “Blood Dries Darker”, already one of the year’s best songs, is all the better for watching Earl hit those impossible notes (he nailed every sing one, in every single song) and not even make it look hard. And of course “Rain On”, the fan favorite was just as tender as the original, but also just captivating to see sung. How this band doesn’t get more attention is beyond me, especially considering they are enthusiastic performers and features a guy who works on the ground during shows. He creates tape manipulation noises which can be a solos or just the hiss in the background. But it’s a trip to watch him get into the show and give Woods a secret weapon when they play with higher quality groups.

The headliner for the event was a less enjoyable Real Estate. I did really like the last Real Estate album, but it lost nearly all its charm on Tuesday, trading the dreamy and breezy looseness for a heavy handed bass and calculated riffs. But the most problematic  element of the set was the vocals, which sounded like Real Estate singer Martin Courtney needed some Claritin. With the infectious surf licks and trippy vocal recording, Real Estate are a standout on the scene, but on this day, they were like New Jersey’s worse version of The Wrens. But they opened with a new song, which actually will be amazing on record I’m sure, and a few numbers, like “Suburban Beverage” and “Fake Blues”, actually survived their transformation and remained enjoyable. 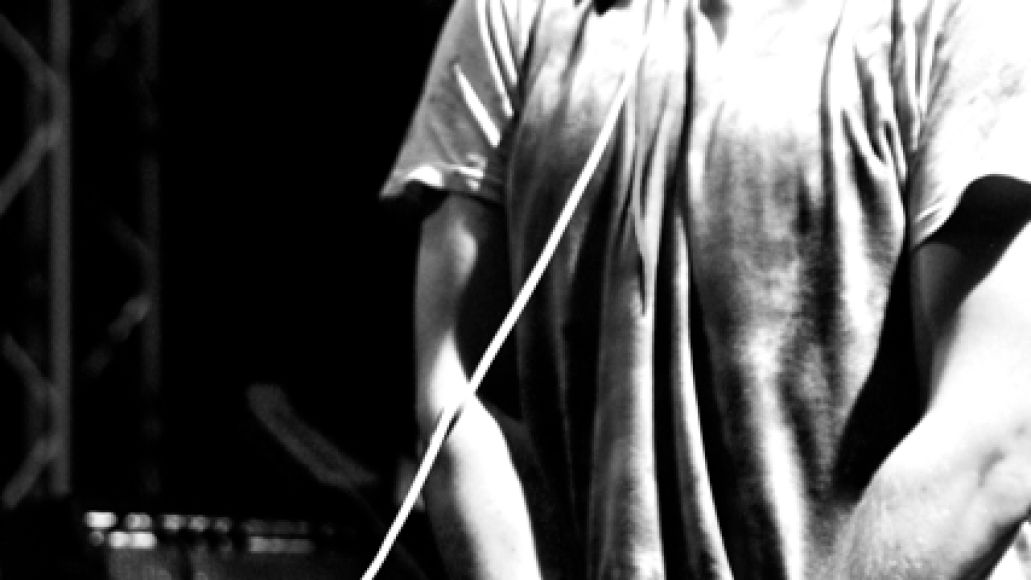 Otherwise, the bill was crammed with notable acts. As this circle of bands continues to grow, the communal shows are getting more sprawling, (friend-bands include Dan Deacon, Wavves, Black Lips, The Thermals, and Deerhunter), and this one featured Kurt Vile as a headliner of sorts on the smaller of the two stages. Though we stuck mostly to the larger Echoplex, the little bit I did catch of Vile was not enough to pique my interest and he will remain in my no opinion category for the time being. The man does have some hair…

One pleasant surprise from Tuesday was the amount of enjoyment I took from watching Nodzzz sound check and set-up. This is the band at Woodsist that you’d want to hang out with and they avoided frustration or any personal investment in the sound problems they had, by just playing and working with it. I think at the end of the day, Nodzzz realize that indie is allowed to be loud and out-of-tune and sloppy. The fact that the genre has moved past this is a bonus. But, I guarantee you they would never let people be denied a view of the set so they could sit down. But really who would do that?

And lastly, there was Abe Vigoda, who packed the upstairs Echo beyond their capacity with overwhelming local support. These people do realize that they play L.A. like once a month, right? It’s tough to say, but it seemed like this was the biggest crowd of the night and the most enthusiastic. Guess who’s not getting invited back next time?

Woods Setlist:
The Creeps
Blood Dries Darker
To Clean
Get Back
Rain On
Suffering Season
Down This Road
The Hold
Twisted Tongue
The Dark
I Was Gone
——