The power of what if…

It was 1980 and John Lennon had just come out of retirement with his first record in five years, Double Fantasy. After a sailing trip to Bermuda, he was itching to begin his career again with a renewed and sober outlook on life, but three weeks after his new album was released, a deranged fan had other plans. That fateful December night, David Chapman attempted to put four bullets in Lennon’s back. In the panic of the moment, he managed one shot in the shoulder before running off. Ironically, Lennon had autographed a copy of Double Fantasy for Chapman earlier that day, and now that man had nearly ended his life.

The world was relieved when Lennon pulled through. What would it have done had he not? Lennon and his wife Yoko Ono were left badly shaken, with Ono seeming to take it the hardest as she tried to isolate her husband from the outside world, paranoid that something similar would happen again. This strained her relationship with the rest of his camp, especially his old band, even further. This led to an artistic silent period for Lennon, writing at home but not releasing any of it on record until 1984’s Milk and Honey, even though most of the record would consist of songs from the Fantasy sessions. Public appearances were just as rare, and even though Chapman was quickly caught, tried, and sentenced, Lennon still felt a sense of being in constant danger for several years after. 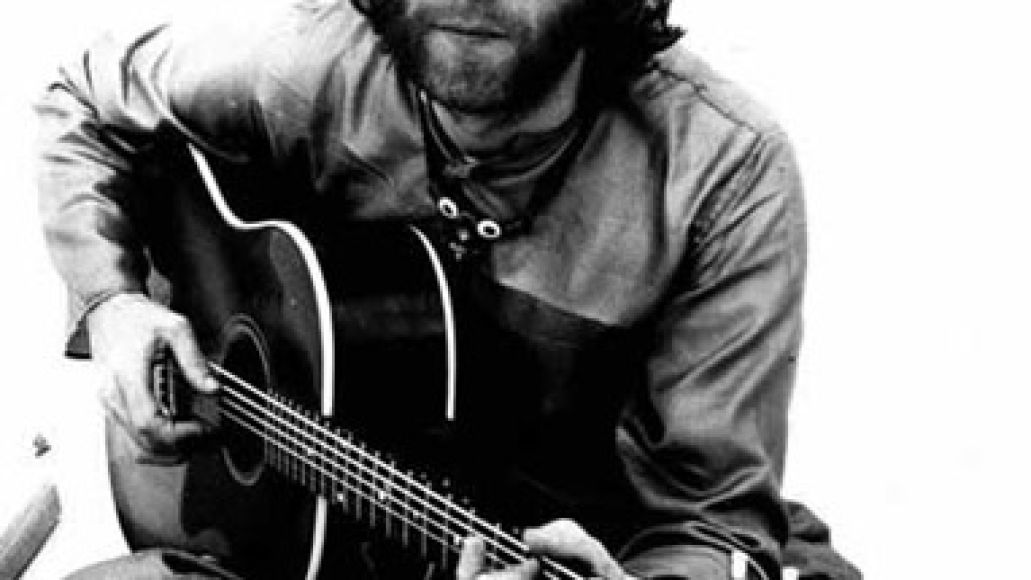 The 80’s trucked on, and the other Beatles were deep into their solo careers. All three continued to write and tour. McCartney with Wings. Harrison and Starr used the freedom to work on various projects, collaborations, and solo records as well. Lennon, on the other hand, stayed mostly quiet. He didn’t tour and only recorded demos with and without Ono. Before the shooting, Lennon had finally gotten to a centered place in his life and was closer than ever with Ono and his children, bursting with a rejuvenated creative energy. Afterward, he was left traumatized and reverted mostly back to the home life he had built during the previous five years. Despite the success of Double Fantasy and its follow-up, he had no desire to put himself in any vulnerable positions. This isolation wouldn’t last long, however.

Being a major public figure, he never had his ear too far from the political arena. When the organizers of London’s Live Aid came calling in 1985, he would finally come out of hiding, ultimately taking the moment to play “Imagine” and a couple other of his songs from Fantasy by himself, making for a very surreal moment in rock history. Providing an even more astounding moment, McCartney, who was also slated to play during the show’s big finale, managed to talk a reluctant Lennon into coming out with him to play, asking him to do it for the sake of the cause. Together for the first time since they called it off with the Beatles, they strummed through “Let It Be” and lightened the stunned, emotionally heavy air with “With a Little Help From My Friends”. McCartney had gotten Lennon on stage with him, but could the same happen with the rest of the old band? 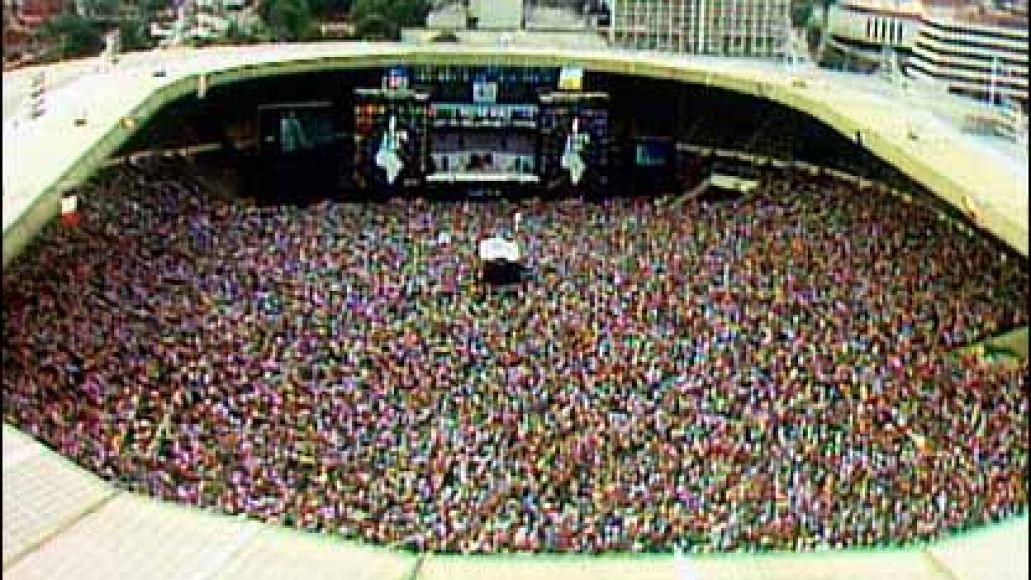 The idea of getting everyone back together seemed too out of reach for Lennon, especially the idea of playing a reunion show (a tour even more out of the question), which felt too daunting of a task. Yet again, he had always been hesitant about touring and shows, even when The Beatles were at their peak. It didn’t mean that he would be against appearing alongside his old band mates, and he certainly was not against his own live appearances. McCartney would keep trying for a reunion, and eventually he would finally have it.

He would play scattered shows between 1985 and 2001, including a couple more benefits, and unannounced appearances with his wife during some of her London solo shows. The biggest, however, would be the free spring Central Park show in New York that drew well over a million people, and almost didn’t happen thanks to the masses making it difficult for Lennon to even make it to the stage. Nearly the same thing happened when he played Hyde Park later that year in 1995, and even though it was supposed to be a paid ticket show, no one could have predicted the amount of people that would try and get in. Lennon felt nervous about the volume of people, but knew that playing these shows was too important.

It would also be at the Hyde Park event that, 10 years after his and McCartney’s Live Aid reunion, they would get back together during the concert’s second half. McCartney wouldn’t be the only one, however. It would take Lennon 10 years to come around to McCartney’s wish to get everyone back together, and 1995 seemed like the right time to do it, especially with such a huge event already planned, it would be the closure they needed, done their way. After nearly 25 years, Harrison and Starr would join them on stage, and for 30 incredible minutes, The Beatles were back together. It would be the moment that stopped the world because up until then it had seemed so impossible.

After those concerts, Lennon wouldn’t play live again until tragedy struck in November of 2001 when Harrison succumbed to cancer. The world almost lost one of The Beatles 20 years ago, but it seemed this time they wouldn’t be so lucky. For the fans, they had lost a Beatle, Lennon a friend. 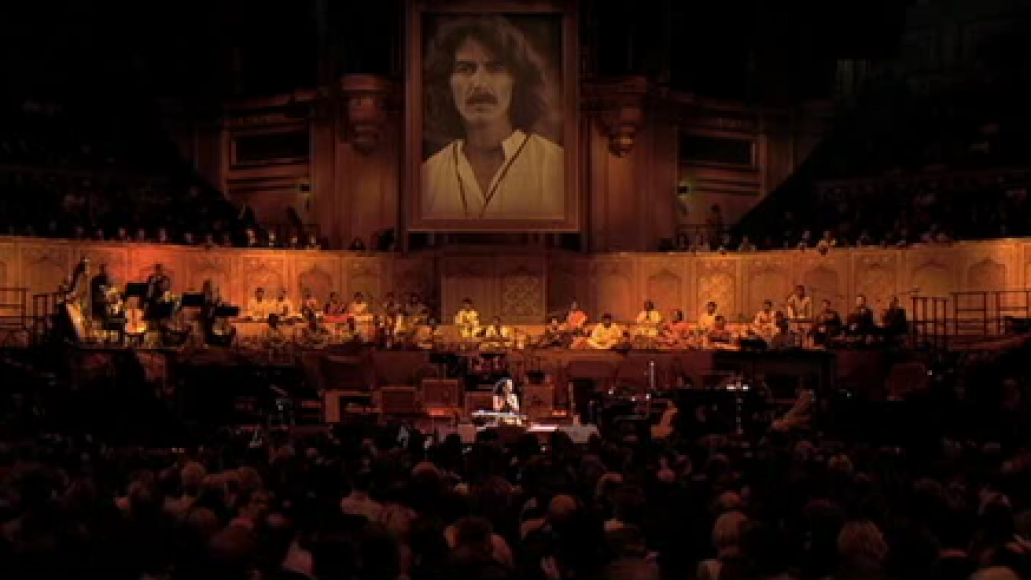 On the one year anniversary of Harrison’s death, there would be one more reunion between McCartney, Starr, and Lennon for Eric Clapton’s Concert for George in 2002. It was one last moment that called for them to play together, this time would actually be the last. Together with Clapton filling in, they would play a somber “While My Guitar Gently Weeps”. It was hard for them to choke out, and after the concert, the remaining three agreed to put to bed the idea of any more reunions. It wouldn’t be the same without Harrison beside them, playing some of their biggest songs that he had penned, and the idea of a fill in never even crossed their mind. It never had the chance too, they had all been feeling like it was time to once again put The Beatles to rest, especially for McCartney once his wife Linda had passed, and with Harrison gone as well, this was the time to do it.

Lennon unofficially retired that day. No more music, surprise onstage appearances, or appearances of any kind for that matter. He would finally get to focus on himself, and his family like he did in the years before the shooting. Not much has been heard from the man since then. In an interview with the BBC in 2006 he stated that after losing Harrison, he needed to take a step back and refocus on his family, adding humorously, “Besides, if you want to hear Beatles songs, I think Paul’s still playing them.” Though just because McCartney’s still touring, it doesn’t mean we don’t miss Lennon any less.