Is it safe to make fun of Michael Jackson again? I mean, I don’t think we should make fun of the way he died, and we certainly should never drag his children into a punchline. However, any jokes featuring the King of Pop in a joke with people, places, Elizabeth Taylor, Neverland, Elizabeth Taylor, and The Elephant Man’s bones should not be considered blasphemous. It was funny over a year ago, and is funny now.

Something has re-emerged, though, that threatens to overshadow any joke made at Jackson’s expense. The subject is nearly a decade old, yet its awfulness is as relevant today as it was then. Its attempts at any kind of machismo fail in epic fashion. It features actors whose appearances merely serve to shock the audience. It also includes one of the final “performances” from a once-great legend.

This is a breakdown of the video for Michael Jackson’s “You Rock My Word”.

The (full-length) video is over 13 minutes long, set during…well…I don’t know what period this is supposed to be. Prohibition is gone, by the looks of the highly visible booze in a highly visible establishment. The cinematography and make-up indicate it might have taken place in Cuba, or maybe a South American country, but the sign we are presented with from the opening shot, “The Waterfront Hotel”, hint at a New Jersey spot. Why Jersey? A certain someone who appears in the video starred in On the Waterfront. With us so far?

The opening credits feature someone near and dear to fans of 1980s karate/revenge thrillers and The Adventures of Brisco County, Jr. Yes, taking in the reins as “fifth-billed” is Mr. Billy Drago. You may remember him as the creepy assassin in The Untouchables, or maybe from Silvana Gallardo’s The Acting Class.

It is also worth mentioning that this video marks the introduction of the lovely Kishaya Dudley, whose IMDB page tells us she went on to play the immortal role of “DV” in Bulletproof Monk. But it all started here, folks. To her credit, she looks great. All joking aside, there is a dance sequence with her and Jackson, and she comes across as a seductress. Seriously. She’s hot.

But what of the video? Things start off with the most awkward banter ever between the ready-to-improv Chris Tucker and the ready-to-be-uncomfortable Michael Jackson. The two sit at a bar. Tucker insists Jackson pays for their meal, but when Jackson refuses, the following dialogue takes place:

Tucker: “You see, that’s why I don’t like eating with black people, because when the bill come, they start trippin’.”
Jackson: “Yeah, that’s why you payin’.”

What? I don’t know if I should go there, but, come on…

The femme fatale appears before the two…um…gangsters. Tucker and Jackson are quite impressed with what they see before them. The former is believable, but Jackson does not. Even his dialogue is weird. He says, “Oh my God, Chris. That’s it. That’s the prettiest girl I’ve seen all day!” He then whispers, “she’s so pretty” in such a creepy fashion, that any sexual tension is sucked out of the video. During and right after this, Tucker elects to throw out Jackson references like, “She’s Bad,” “let’s just Beat It,” and “that girl’s Dangerous.”

There is also an Asian cook who calls out, “You forgot to pay today! Next time I see you, I chop yo’ head.” Fortunately, Jin and Sun would show up on Lost a few years later to make up for this ridiculous stereotype. The actor portraying “Asian Cook #1” is not given any credit during the opening or closing credits, despite giving a more passionate performance than some of the other more famous stars who pop up in the video. 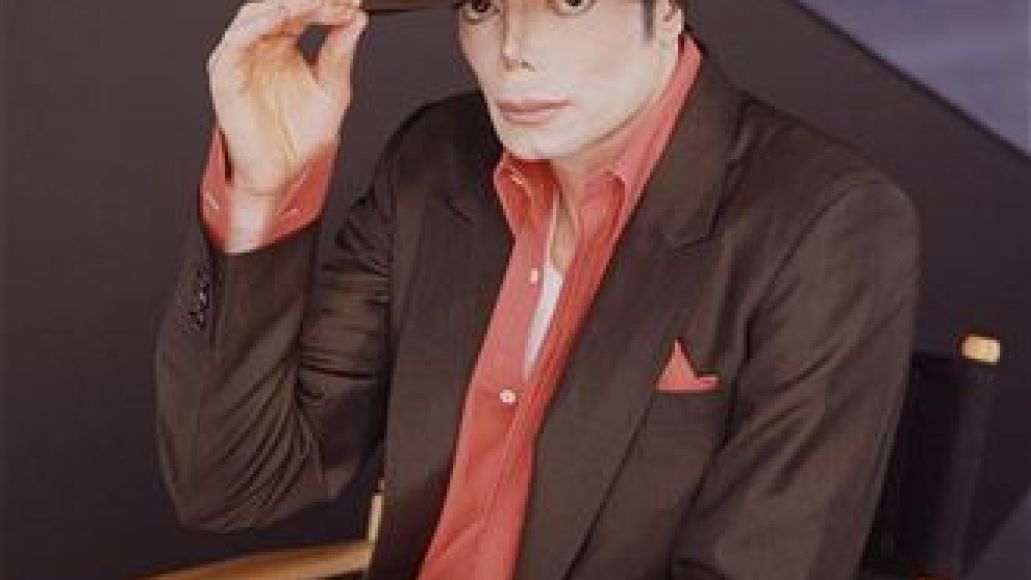 So Jackson, being that determined man’s man he always was, decides, “That girl is mine,” and goes after her. Unfortunately for him, she is being flanked by not one, but two bad-asses: Drago and Michael bleedin’ Madsen. We all remember Mr. Madsen from his iconic role in Reservoir Dogs, and more recently in the Kill Bill films, but I prefer to remember him as the scarred dude who helped Jack Bauer out near the end of 24.

Madsen is such a good actor that he can takeover a scene without speaking a word, and without taking his sunglasses off. The words “brave” and “heroic” get tossed around about as much as “tragedy”, but I believe it’s safe to say Madsen’s acting choices are indeed brave and heroic. First, he looks down at his watch as if to say, “Hey, girl, where you been?” And to add emphasis, he does a little spin move. A spin move! The move represents a.) Madsen’s inability to understand why this woman wasn’t here on time, b.) Madsen believes someone tapped him on the shoulder, but quickly realizes that didn’t happen, or c.) “Check me out! I’m wearing sunglasses in a bar at night!”

What happens next makes little to no sense. Instead of approaching the woman, or just straight-up beating down Madsen and Drago with pal Tucker, Jackson opts to knock out some poor stagehand who may or may not have been armed! Why? Because Michael Jackson needs to dance to illustrate the way she’s makin’ him feel. So the song begins, and we here at Consequence of Sound (at least three of us) will not criticize the actual song, “You Rock My World”, because it’s actually a pretty great single. The hook. The bass. Classic Jackson.

The song goes on, and some other elements of past Jackson videos enter the fray (the West Side Story fighting/dancing with some “romantic” dynamics between Jackson and a young woman) All of this comes to a head, though, when a bottle is broken. And who is the culprit behind this bottle-smashing? Why, it’s the intrepid stylings of Mr. Michael Madsen, of course. As the song pauses, and the entire bar focuses on Madsen, he stares at Jackson, and gently wiggles the broken bottle. He invites him to “come get some,” without saying a word. Powerful. In addition to a major shift in tone, the “bottle” incident reveals a character who had been hiding in the light of his dingy office.

Incidental Character #3 rushes into this dingy office, and shouts, “Boss, there’s trouble downstairs!” As his office chair spins around, slowly, we discover the owner of the bar is Marlon Brando. He is the guy doing origami from earlier! He is the guy who has been whistling indeterminable tunes! What does Brando say when brought this distressing news?

You’ll notice there is no period or question mark in the above quotation. This is intentional, because I cannot for the life of me figure out how he is saying this word. If Brando is simply stating the word “now,” he indicates, “Let’s go get him!” If he is asking the word “now,” he asks, “There’s trouble downstairs now?” Major Sarcasm Alert: Brando more than likely read over his lines hundreds of times, pouring over every letter, every syllable, every word, every intonation. His decision to make this delivery confusing was absolutely deliberate. 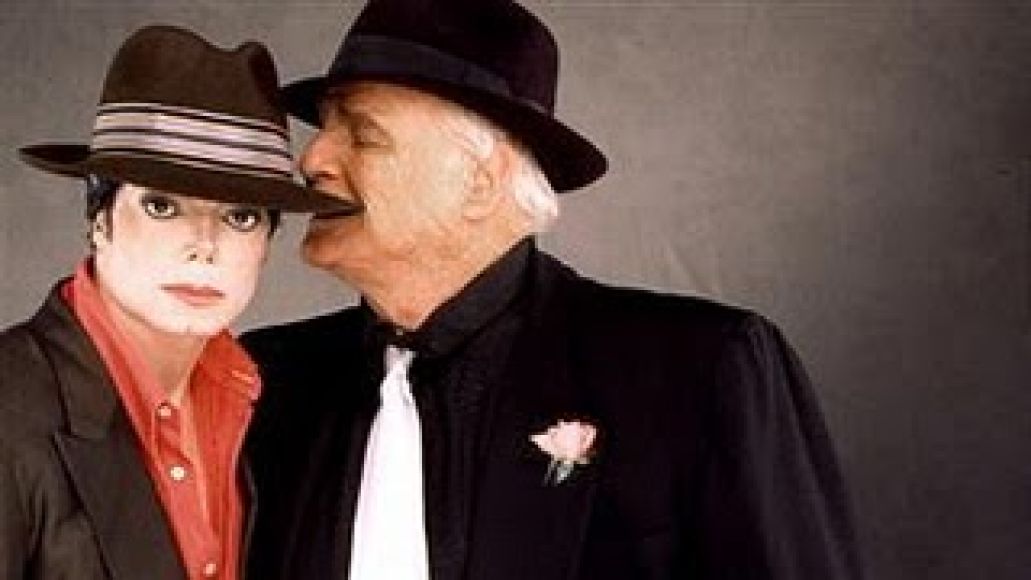 The intensity continues to build. Sweaty patrons await the next move, and it’s Drago who makes it. “Show me what you got, big man!” Drago waves his arms about…for some reason. He certainly seems excited at whatever Jackson’s about to show. All Jackson can muster up is a couple flips off his chin and a head jerk. Then the dancing kicks back in, the cool song takes off again, and all is well in videoland.

So everyone’s dancing and having a good time, when suddenly the bar catches on fire. That’s not good for anybody. To add insult to injury, Drago, who is probably a henchman to Brando’s ganglord, gets knocked out by Jacko. It would be the low point in Drago’s career, were it not for his appearance as “The Dog Catcher” in the 1999 classic, Soccer Dog: The Movie. Where is Madsen throughout all this? I don’t know. Maybe he spin-walked his way out of the bar to avoid fighting. Maybe he checked his watch again, and realized he was late for an appointment elsewhere. The bottom line is: Michael Madsen is never seen again in the video.

Fortunately, another heavy (literally) shows up. Brando’s character comes waltzing down the stairs with a big smile on his face, despite the fact that his bar is burning down before him. Jackson stops dance-fighting upon discovering Brando’s presence. This is the bizarre exchange that follows:

Brando whips of his sunglasses, revealing “Guess who?”

Brando: That was pretty cute back there.
Jackson: I know who you are.
Brando (smiling): Bing-bang.
(beat)
Brando: Later.

What? What just happened? Your bar is burning down, and all you can say is, “bing-bang?” And while we’re at it, what the Hell does “bing-bang” mean? After this brief exchange between two fallen superstars, Brando plods away, likely towards the producers for his paycheck. Weak sauce. Anyways, after Jackson and Tucker call out each other’s names sans machismo, the video quickly comes to a close. They run outside, Tucker grabs a car, Jackson awkwardly kisses the girl, and they drive off.

In addition to “You Rock My World”, Brando appeared that same year in the disappointing The Score, a film more infamous for his behind-the-scenes behavior than the stars featured. Chris Tucker did a couple more Rush Hour films. Drago and Madsen have been seen sparingly in straight-to-video fare. If memory serves, this is the last big-budget music video from the King of Pop. It’s a shame, really. He leaves us with a collection of the greatest videos ever produced… and then this, “You Rock My World”. At least “Dirty Diana” had that crazy guitarist. Wow. That dude looked crazy.

Break Yo TV: Michael Jackson  You Rock My World