Think about a new man. This man rejected the musical trends of his time and dove headfirst into musical styles long forgotten in popular music, like cabaret, vaudeville, primal blues, carnival music, tango and theatrical music. He incorporates strange instruments in his music, like bassoon, waterphone, bagpipes, pump organ, marimba, accordion, Stroh violin, and an early mellotron called a Chamberlin. He sings in a deep, abrasive, gravelly manner, and his songs are about bizarre outcasts in society with a penchant for the grotesque. Does that fit your definition of a rock star? I doubt it.

Think about another man. This one is pushing 60 years old, has been married to the same woman for 30 years (and with no infidelity), and generally stays out of the public spotlight. He has performed with the Dalai Lama, and a Vatican-approved Jesuit paper called him a Christian role model for the marginalized and misunderstood. He has written music for and about obscure theatrical productions like Robert Wilson’s Alice and Georg BÃ¼chner’s Woyzeck, in addition to a collaboration with Wilson and William S. Burroughs called The Black Rider. He has recorded with the Blind Boys of Alabama, and has won a Grammy for Best Contemporary Folk Album. He never reached a mainstream audience, so his most famous songs are actually cover versions of his songs done by bigger artists. Does that fit your definition of a rock star? Not likely.

Now think about one last man. This man is greatly eccentric. Something of a recluse, he rarely makes public appearances, and when he does it’s a big deal. He has a successful acting career in addition to his music career, appearing alongside stars like Heath Ledger, Johnny Depp, Keira Knightley and Denzel Washington. He’s gained the approval and adoration of starlets like Scarlett Johansson. He sells out every show he performs all over the world nearly instantly. He’s successfully sued corporations for using sound-a-likes of his songs. He’s performed memorable sets on The Daily Show, The Late Show with David Letterman, and Late Night with Conan O’Brien. He publicly protests the war and has written protest songs about it. His music has been covered by the likes of Bruce Springsteen and Robert Plant. He was featured in a hip-hop song by the group N.A.S.A., alongside Kool Keith. Pitchfork called him a badass and Gawker said he was America’s coolest living man. He was arrested in his younger days for disturbing the peace. He’s earned the freedom to whatever he wants, whenever he wants. Does that fit your definition of a rock star? Sounds like it to me.

If you haven’t already guessed, I’m talking about Tom Waits – in all four scenarios. He has had a career trajectory like none other. He began his career in the underbelly of Los Angeles, inspired by the Beat Generation and jaded by the 60’s music scene. He’s quoted as saying “I wasn’t thrilled by Blue Cheer, so I found an alternative, even if it was Bing Crosby.” Indeed, his music in the early years was inspired by the likes of Frank Sinatra, Howlin’ Wolf, and Louis Armstrong. He became his own type of crooner. He played lounge music in seedy bars, with elements of folk, blues, and jazz included in his piano act. His voice was smooth at the time, and even back then he sang about losers and deadbeats on the street, which he would take to the extreme later in his career. Even though the crowds were not receptive of his unique style at first, he created his own persona and was an intriguing character in certain circles in the early 1970s. His first album, Closing Time, was well received by critics but didn’t garner much attention from the public until The Eagles recorded a cover of his song “Ol’ 55” and put it on their album, On the Border. Waits continued to grow as an artist through years of touring and nine albums on Asylum Records. Around the time of his fourth album, Small Change, his voice started to get deeper and more raspy, presumably as a result of the constant cigarettes and heavy drinking he was doing at the time. He continued to find inspiration in the lowlifes – the hookers, strippers, and small-time losers – that he would find while searching for writing stimulus on skid row in L.A. 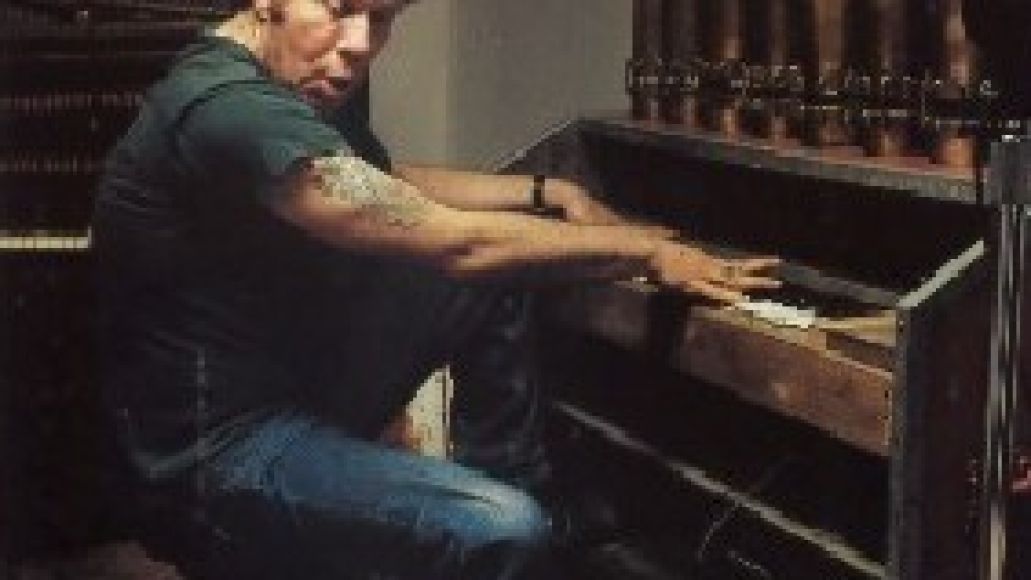 While his voice gradually deteriorated, he carried on this path of jazzy folk albums that were becoming increasingly further from his roots until the 80’s, when he signed with Island Records, married Kathleen Brennan, moved to New York, embraced his new gravelly voice, and emerged with a completely new style of music. This shift, first heard on his groundbreaking 1983 release Swordfishtrombones, was greatly influenced by Captain Beefheart, who was introduced to him by his wife, who has been credited as co-writer on every song Waits has released since their marriage. It was here that Tom Waits really established himself as a fascinating underground figure. He was still writing bizarre songs about bizarre people, but now he was doing it in a completely new and fresh way, and people listened, but he never did reach the mainstream. Once again, the most recognition he received during this period was Rod Stewart’s cover of his song “Downtown Train”.

Waits’ career has been well documented. After his trio of groundbreaking albums (Frank’s Wild Years being the last), he worked on a theatrical production with William S Burroughs and Robert Wilson, the results of which comprised his next release, The Black Rider. After one more doom ‘n’ gloom album, Bone Machine, he stepped away from the spotlight for a while, from 93-99, during which time his legend continued to grow. So when he came back with Mule Variations, people were happy for his return and made that album the highest charting album of his career, and he won a Grammy for it. 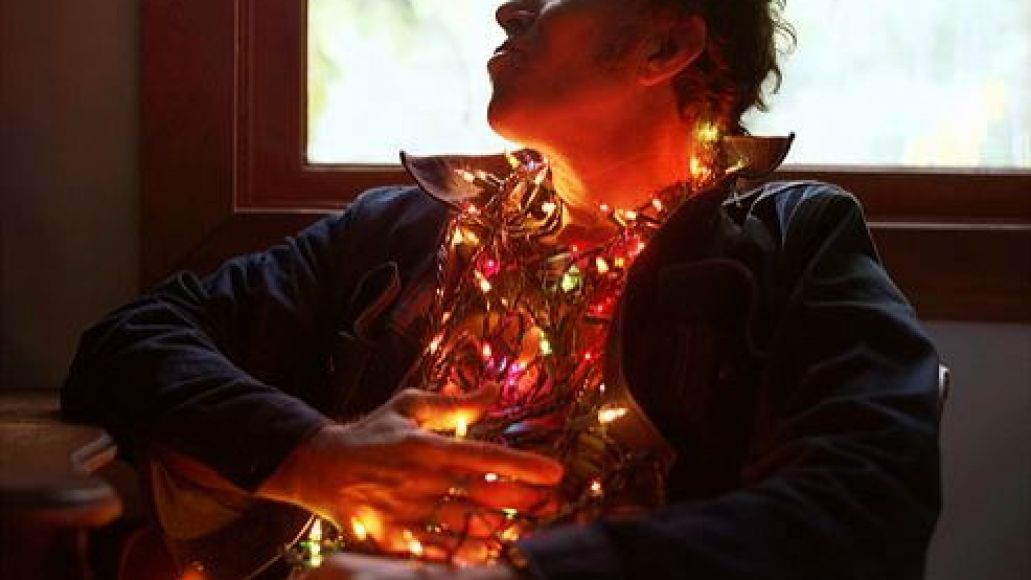 Unlike some other elder statesmen of rock, Tom Waits has stayed relevant in the new millennium. With studio albums like Blood Money, Alice and Real Gone, along with a collection of new and rare material, Orphans, and a highly successful tour & live album, Glitter & Doom. I was lucky enough to see his show in Birmingham on that tour. The cheap tickets were $80, but it was worth every penny. To this day, it remains to be the best show I’ve ever seen, which is something to be said considering the lackluster concerts of some of his peers in their elder days. He’s such an engaging figure on stage – where some prefer to just keep their heads down and play through, he stops every once in a while to joke around with the audience and tell weird stories that range from bizarre to hilarious. For how serious some of his music is, he’s one hell of a comedian.

While he’s stayed busy the past few years, Waits hasn’t released a studio album of all new material in six years. If history has taught us anything, it’s that Tom does things at his own pace. He could release a new one this year, or it could be another five years. But it’s been reported that he’s been working on his proper follow up to Real Gone while he also works on another play with Robert Wilson. Whatever he does, we’ll be waiting and listening.

He’s a badass. He’s the coolest person on earth. He’s a poet. He’s strange. He’s hilarious. He’s an enigma. Tom Waits is a lot of things. He’s not your typical rock star. But he is an icon of rock.