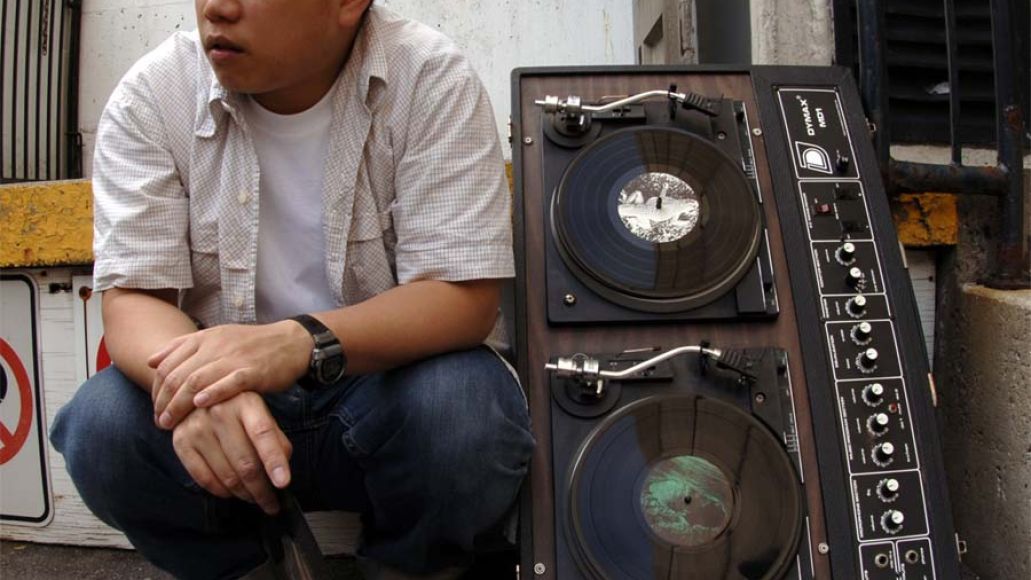 Born in Vancouver and schooled in Montreal, DJ Kid Koala (real name Eric San) has carved out quite the name for himself in the international world of scratching. In 1996 he became Ninja Tune’s first North American artist; In 2000 he released his debut album, Carpal Tunnel Syndrome, which garnered acclaim for its unique mix of track composition with its skilled use of turntables. He has since appeared on numerous projects, such as Deltron 3030, Bullfrog and Lovage, with Mike Patton. His latest experiment is the The Slew, and their album 100%. Composed of Koala, DJ Dynomite D (Dylan J. Frombach), and two former members of Wolfmother (bassist/keyboardist Chris Ross and drummer Myles Heskett), The Slew is a ground-pounding mix of rock ‘n’ roll and blues, all served up with expertly spun turntables.

I recently sat down with the cheerful San before The Slew’s show at The Vancouver International Jazz Festival to get the scoop on everything from the new Lovage album to why teaching first-graders is like working at a comedy club.

How did The Slew come about?

The Slew started about five years ago when myself and Dynomite D decided we wanted to make a turntable rock and blues record. We just started hacking away at it. It took about five years to complete, but it was done last year.

We always wanted to do this rock record, but about a year into us starting we were approached to do a film soundtrack and we thought we might as well kill two birds with one stone. We asked “Oh, what kind of music are you looking for…something like this?”

At that point, it looked like if the timing worked out it would have been released at the same time, but the film turned out to have a bunch of complications and we weren’t about to just wait, knowing the film industry.

Listening to 100%, there is a sense of familiarity in a lot of the beats and riffs used. Are there certain song or samples that you used?

Not really, but that’s what we were aiming for, something that sounded like something. 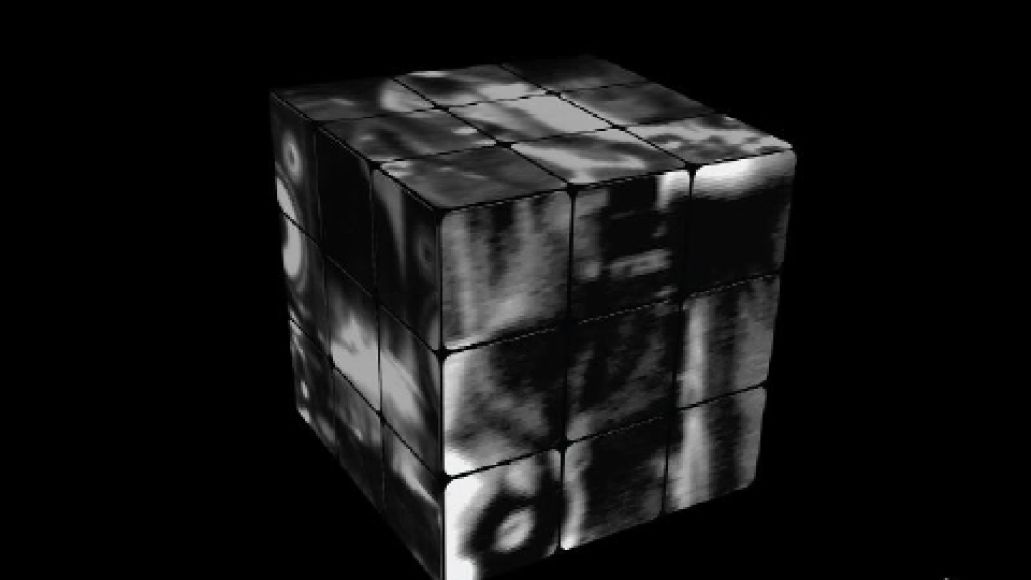 Well, that was our goalpost, something that was in between Black Sabbath and Public Enemy. We wanted the turntable choppiness of the hip hop side, but, aesthetically, we wanted the source to be from rock.

Can you tell me about some of the other techniques you’ve used in getting that driving, unique sound to the album?

We used a lot of old rock production techniques. We would plug turntables into amps, overdrive the two, use tape echoes, oil-can delays, and mic things in the room to try to get a different garage-like feel to the stuff. It just has that dust to it. When we actually did the final mix, it was with Mario Caldato who actually produced some of our favorite Beastie Boys albums. So, we said “Can we make this heavy like “So Whatcha Want”?” and he said “Sure,” and basically did the mix for us. It was great.

How are Chris Ross and Myles Heskett crucial to The Slew?

Now it’s just involved into this little monster instead of a weird laboratory experiment between Dylan and myself. It’s just spawned into this live experience. I guess that’s the best way to describe it. Having them on the album, touring with us, has opened up a lot of doors, even on the songs themselves. Now they are indispensable.

How about The Slew – any plans for doing another album or are you just taking it one day at a time and see where it goes?

We’re going into the studio next week and recording some stuff which will hopefully become our new Slew album. Originally, we just invited them [Ross and Heskett] to do the one tour at the beginning of last year, and there was a two-week window where they could do it. And they’re busy, I mean they have Grammys and stuff (laughs). But they’ve been supporting the music for years. I played it for them a couple of years ago as a work in progress and they were in to it. So we did those shows, not really knowing how it would go or how long it would go. But after that tour, we said “We’ve got to keep this going.” 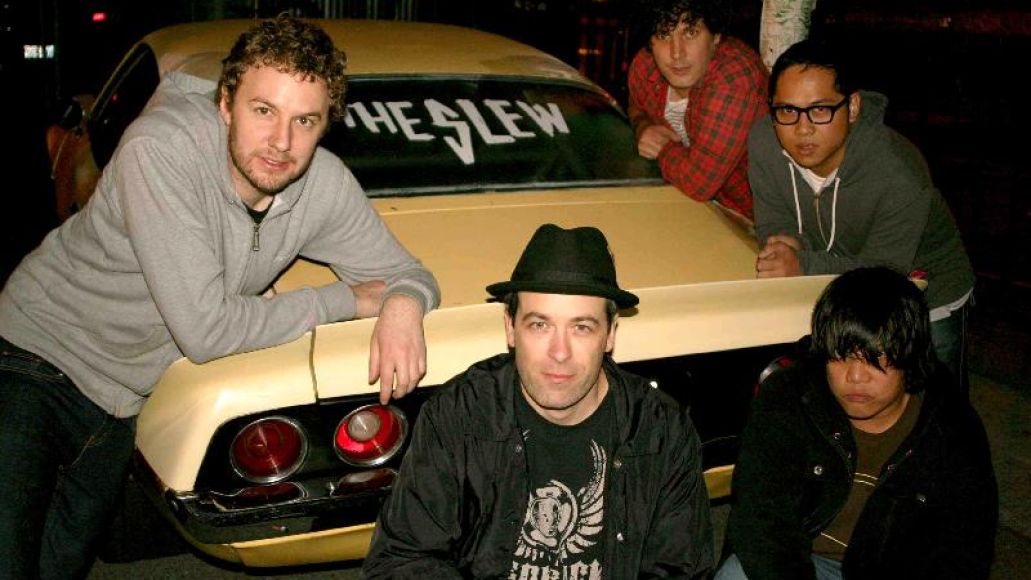 That’s probably the best way, when you don’t have any high expectations

Yeah, exactly. That’s really the key to the whole process. And then the phone started ringing and people wanted to book shows.

I can imagine it would be quite different to go from being in Wolfmother to becoming the rhythm section for a DJ-ed show. What are some of the challenges they’ve had to face playing live with turntables?

I think there was this fear that there would be this really regimented show, like here’s a click-track and we’re going to follow this sequence. But it’s not like that at all, we’ve just divided the tasks. On the six turntables we have the vocals and harmonicas and sound effects and those things. We cut them in on cue with the band, so if they speed up or extend their parts, it’s up to me to correct to it.

So, they kind of have it easy…

Yeah, they found it to be a much smoother transition than they expected. They can just play and our job is to keep up with them for the most part. We do play like a band though, I’ll have vocal phrases that we’ll have to cue to choruses and stuff like that. My needle might skip and I have to go back and set it up again, but it’s cool. There is this sense of excitement because half of the show is balanced on six needles. It can fall apart at any minute, and occasionally it does…but I think people enjoy that.

How does the crowd for The Slew differ from the crowd at any given Kid Koala show? I heard that when you toured in Australia, there were a lot of broken needles and pitchers of beer being thrown on stage…

It’s a real deep groove that people get into. It’s heavy. They really seem to move, they get absorbed by it. Sometimes there are mosh pits and that’s cool! That’s exciting, I’ve never had mosh pits before when I was DJ-ing (laughs).

Given that you’re playing at a Jazz Festival and The Slew is ripe with the blues, are there any other genres you’d like to experiment with that you haven’t already?

I dunno. Who knows what the future will hold. I’m having a good time… one genre at a time. Maybe I’ll make a yoga album.

There you go. Get Enya on board.

Mike Patton recently revealed that new Lovage and Peeping Tom albums are in the works. What is your involvement in the projects this time around?

Oh, I’ve already done my turntables for the Lovage stuff. Mike’s a good friend. He actually came onstage and screamed with us on one of the tracks when we played in San Francisco. He’s great. The Lovage music is done for the most part but we’re just waiting for Mike and Jennifer to get together and write again. But I had so much fun on that tour. I hope they finish it soon (laughs).  Dan the Automator is part of it as well, of course. But I haven’t heard any new Peeping Tom stuff yet. 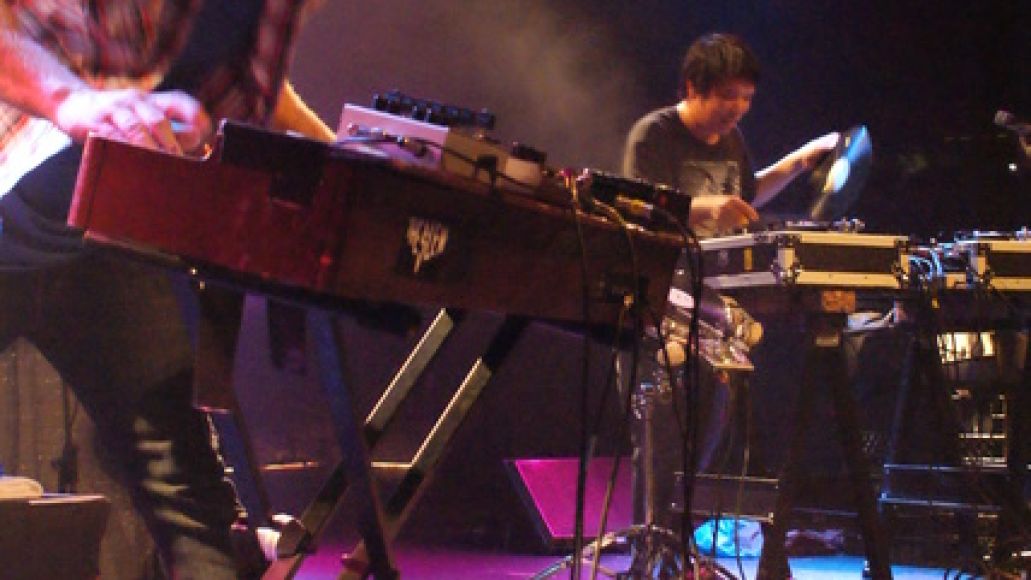 You’ve been on tour with many other big artists: Bjork, Radiohead, Beastie Boys – any particular memories or moments from those tours that stick out in your mind?

And were people kind of accepting, or were they like, “Bring on Radiohead!”?

Yeah, well, I did do a set that I thought would appeal to the crowd, but it was cool. And at one point Radiohead was like, “Hey do you want to come and play turntables on the National Anthem track with us” and I was like “What, are you crazy?” I mean they were opening the set with that at the time. I’ve never heard anything that loud in my life, stepping on stage to hear that crowd just cheering. I am a huge fan of theirs.

Growing up you were trained as a classical pianist. Later, at McGill University, you got your degree in Early Childhood Education – how did you make the leap to spinning turntables?

I actually started scratching in high school. For some kids it’s skateboarding, for other kids it’s football, and for me it was scratching records. It’s just been an outlet at an early age. Even in college I was still DJ-ing with bands and playing in clubs.

So at that point you were like, I could be a teacher, or….

Well, I actually did teach first grade for six months during the last part of my course and I had a ball. That was like being in a comedy club for nine hours of the day. You think show business is hard? No, with teaching you don’t get away with anything. But it was fun.

That is quite the way to sell teaching as an occupation – a comedy club.

It’s hilarious. Hilarious. But you can’t laugh which makes it even funnier because you can’t laugh at them. You just think, “I gotta remember this for later” and get so many stories from it. It’s the energy of it all.

But things got busier, and a year out of college, I decided to go for broke on the music thing. I’d been doing it since high school but never really gave it my whole focus. But within that year Ninja Tune had discovered what I was working on and signed me up. And that was it. I was on the road and they were flying me all over the place for shows. They kept me on the road for four years and I learned a lot from that whole experience.

Carpal Tunnel Syndrome was released with a comic book. In 2003 you released your graphic novel Nufonia Must Fall. To you, what is the relationship between music and art?

Well, turntables and comics live in the realm of the surreal. In turntables you can take a human voice and bend it out of the range of what’s normal, and it’s acceptable, because people are like “Oh that’s a turntable that’s doing that, not a real person. I can listen to it and it’s not going to scare me.” And with comics it’s the same thing. You can draw a character with a propeller on their head and make them float away and there’s a suspension of disbelief. People say “Yeah, I buy that.” It doesn’t live in the realm of “This makes no sense. That house wouldn’t be architecturally sound,” you know? I like the wider margins of possibility. All in all they are just two outlets that are the most natural to me.

And you’re doing another comic?

Yes, I just finished one that should be out next spring. It’s called Space Cadet and unlike The Slew’s 100%, which is loud and raucous, this one has a very calm, sedated soundtrack. We’re going to do a tour that has headphones for all of the audience, which will be a neat experience.

What are you hoping the audience will take away from seeing The Slew?

Just…that connection. Get a little buzz out of it. At the end of the day we are just playing from our hearts, you know, to get that connection out so that when it’s all over they say “I had fun, that was cool.”

Maybe someone threw beer on the stage…

Yeah, whatever, that’s all part of the process (laughs).