There was something very 90’s about the Melvins show I caught at Vancouver’s The Rickshaw Theatre the other night, and it wasn’t just that the headliners were those formidable pioneers of grunge and sludge metal. From the venue’s concrete floor, to the makeshift bars which were only serving hard liquor since their beer order never came in, to the “Moshing and stage diving at your own risk” sign near the seedy entrance, the whole production had this half-assed, “Hey man, let’s put on a concert” kind of vibe. And for some reason, it worked.

“This is the first time that the balcony’s been open,” a security guy with SWAT emblazoned across his back pointed out to me. “I’m not sure if we’ve had a sold-out show here before. The Melvins sure brought ‘em in.”

No kidding. Looking around at all the long-haired lotharios and various, aggressively worn rock tees it was apparent that every 90’s metal fan in the city was here and eager to start living out their past.

But before that could happen, they were subjected to the openers, Totimoshi. The San Francisco-based trio were an obvious choice to support the Melvins – their influence was heard clearly in every muddy guitar riff. However, the crowd seemed reluctant to offer more than a few head nods to this band, which was later punctuated by some eager-beaver who yelled “Get off the stage, bring on the Melvins!” There’s that 90’s tact again.

The Melvins finally did take to the stage, causing a current of yelps and cries from the crowd which had instantaneously multiplied. The bands two drummers, Coady Willis and Dale Crover settled into their massive drum kits which took up most of the stage. Bassist Jared Warren came out dressed up as some sort of metal Nordic God, complete with Thor-like arm bands and a sparkly cape. Not to be out done, King Buzzo (Buzz Osborne) was wearing his much-favored dress/robe, his trademark fro highlighted by the minimalist lighting. If that didn’t set the tone that this wasn’t going to be your “normal” rock concert, I don’t know what would. 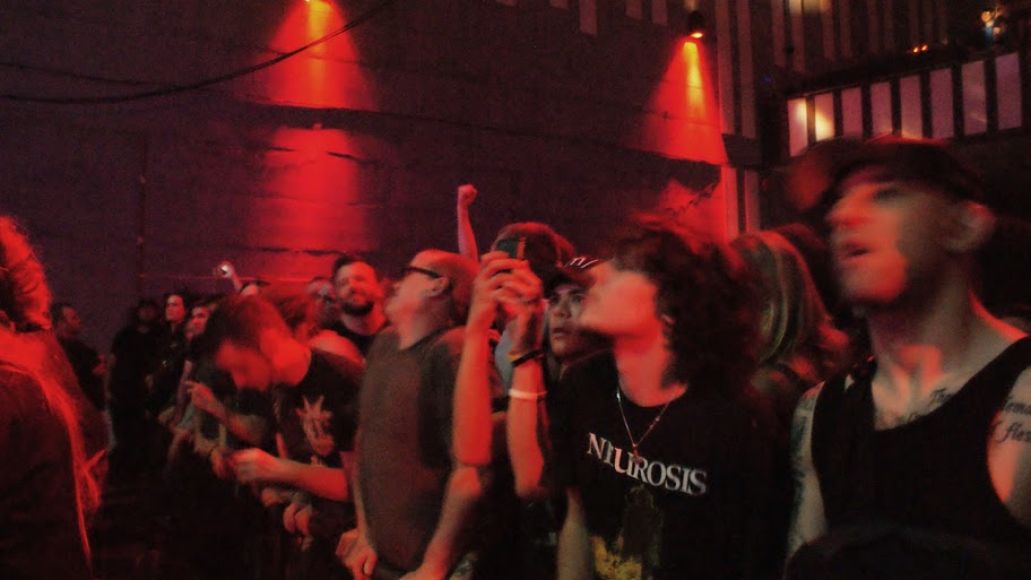 The opener, “Sacrifice”, from their 1992 album Lysol, got straight to the point with Osborne’s beefy guitar and the engaging, pounding beats of the dual drums, which created a percussionist wall in your face. But the Melvins weren’t about engaging the crowd. Chitchat from Osborne and crew was almost non-existent and the songs barely paused before they sludged right into the next one. This might have explained why some attention-seeker ended up throwing a drink at Warren in mid-song.

“Do it again,” Warren goaded the person in the crowd. “I dare ya. I’ll come and getcha. Don’t think that I won’t.”

No one in their right mind would taunt Warren again in his intense, Viking glory, but it did get the audience a little more riled up. After the intermission (yes, an intermission) was over, the enthusiasm continued. They started with “Kicking Machine” from Nude With Boots, which finally got the mosh pit, well, kicking. The pit reached a frenzy with “The Water Glass” from their new album The Bride Screamed Murder, a song that has Osborne shouting military-like drills and was the perfect showcase for Willis’ and Crover’s mirror drumming. It was like they suddenly turned into fierce rivals in a simultaneous drumming completion.

Even during their slower, more abstract songs like “Lovely Butterfly”, which sounded like Sonic Youth being dragged through grease, the drummers never failed to be less than fascinating. There’s a good reason why the drums are the focus of the stage. Even though King Buzzo is the influential “Godfather of Grunge,” it is Willis and Crover who make the show. 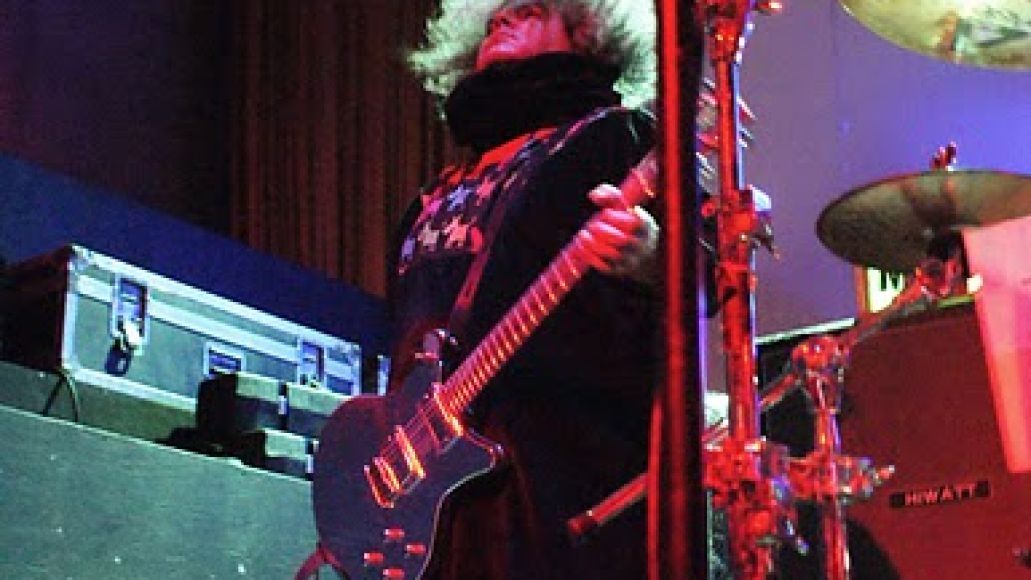 I wasn’t sure what to expect when I knew I was going to see them live. The Melvins have been around since the early 1980’s, they’ve gone through many member changes since then, they’ve had everyone from Trevor Dunn to Jello Biafra working with them – Hell, even Osborne and Crover’s personal friend, Kurt Cobain, had auditioned to be in the band in his pre-Nirvana days. Despite all that though, I just knew that I liked their last couple of albums and that they had the capacity to make your eardrums melt.

And so, the Melvins ended up surprising me with their authenticity and ferocity. They played a range of songs from their ongoing repertoire (they’ve made over 18 studio albums in total), and despite the challenges of having two drummers live, they sounded tight.

As I said, they didn’t care to engage the crowd with banter but by the end I think their music spoke for themselves. People left with goofy grins on their faces and even though it was past midnight on a Monday night, they were congregating outside the venue to talk about how awesome it was.

At least, that’s what I assume everyone was talking about. I couldn’t actually hear anything anymore…  I had been without earplugs and the decibels that the Melvins produced managed to blow out my inner ear hairs.  How very 90’s of me.