We’re now on Day Two of Pitchfork Music Festival here in Chicago, and while we’re packing our bags to hit the sun stained Union Park again, we thought we’d share our conversation with Michael Showalter from last night.

For those who attended his evening set, you’re probably sitting over a cup of coffee right now, either with some pals or a loved one, and chatting about how his 30 minutes came off excruciatingly awkward. How did this happen? Everything seemed primed for perfection. A Friday night comedy stage, cult legend Michael Showalter, and a crowd that probably had all his work memorized. Perfection doesn’t quite describe the set, however, as Showalter walked out to his fans and, well, froze.

Every comedian has their share of bad days, though, and as he self-deprecatingly wrote later on his Twitter account, “Thanks to all who suffered through my suffering at Pitchfork fest. You deserved better,” we’re fairly certain he’ll come back swinging in due time. Just remember, it’s Alan Shemper… not Alan Shepard!

Regardless, here’s what he had to say to Jeremy Larson prior to the set…

So, about half of these questions will be tortured metaphors and similes trying to relate music to comedy. Are you okay with that?

People often analyze bands in terms their evolution.  Do you think comedy has an evolution?

What do you think?

What do I think? I–ha. This is already very Socratic.

The answer is in the question!

Um, Do you seek to evolve as a comedian? Is that your focus: “Oh, I gotta come out with another album that’s different.”

No. I am in every sense of the word an artist.

Capital A, capital R. No–I’ve never been fully comfortable with the word “comedian”, and I think that the fact that most people don’t think I’m funny support that I’m uncomfortable with that word. But I’ve definitely evolved in my craft as a…”producer of material”, either written, or performed, or filmed.

So comedy is collateral for you?

There is… no other word for it: it is the lowest common denominator. It’s the easiest way to describe myself. I mean, [Charlie] Chaplin. There’s a lot of pathos to what Chaplin is all about, and I don’t even know what pathos means.

Me either. Do you see a difference when you perform to a standing crowd verses performing to a sitting crowd?

Yes. It’s less standing verses sitting as it is outdoors in the middle of the day verses inside at night.

Is it more terrifying?

It’s not terrifying it’s–you have to be very loud, and you have to have a certain kind of material that I don’t really have.

You wish you were Sam Kinnison.

What do you tell?

I think so, I think this is your crowd.

I love performing in Chicago. It’s always one of the best places to do…”comedy”. They’re always a great crowd, very smart audiences.

I think for those people that know my work the Stella web videos might constitute experimentation. And comedically, we were kind of playing with what’s funny.

I think to me it is…repetition.

In 1997, you were in How I Learned To Drive on off-broadway.

Yes. I should talk about that, too.

*laughs* A play about pedophelia? 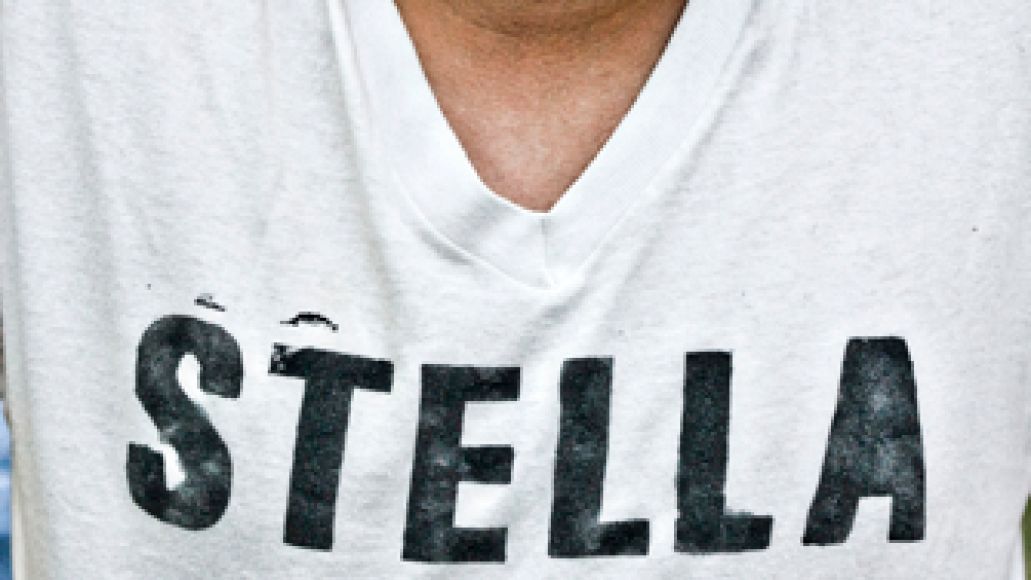 That’ll go off like gangbusters. So is your dramatic stage career behind you?

A Chorus Line, West Side Story, Guys And Dolls. Rent. No. Not Rent.

If there’s a Michael Showalter Music Festival, who is headlining?

The headlining act is…Stereolab. That’s Saturday night. Sunday is David Bowie…Monday night is–someone who gets a lot of listening, someone who’s really worn out. Monday night is…Rufus Wainwright. Do you want me to go through the whole week?

We don’t have to.

I have heard of them and I have also played Titus Andronicus on Broadway. Yes. I got to eat my mother in a pie. It was just a fake pie, but I had to pretend it was my mother. Ooh! Sweeney Todd. That’s one.  *he sings* “These are my friends/see how they glisten…”

We can use this as an audition tape. So are you going to see them? They’re from New Jersey [as is Showalter…]

I–no. To give you an idea, the last show I saw was Al Jarreau. That’s what kind of a rocker I am. Al Jarreau and Chaka Khan. I’m maybe going to try to see Modest Mouse.

All photography by Meghan Brosnan.

Reboot's Johnny Knoxville on the Show's Meta Moments: "Me Getting Hit by a Car Is a Little on the Nose"

On the Scene with Michael Showalter