I have a great joke: What do labels call a martyred celebrity? Great press.

Sex, drugs, rock — an infamously hedonistic analog of “eat, drink, be merry”, taken to the Nth degree. This method often spawns memories worth forgetting in a whimsical migraine daze, some dizzying array of spasms and hallucinations. If you pop pills from a Pez dispenser or twist a disputed meaning of “strawberry fields”, you’re liable to wind up dead or comatose; there are no pornographic images of the Olsen twins all quasi-Kubrick, there is an overdose. This is not sponsored by DARE, methadone treatments, or Alcoholics Anonymous; this is not Paul Reubens, or some vacuous sidestep into Reefer Madness farce. It is an observation of our role models, our Greek pantheon of celebrities abound.

Day after monotonous day, the people we admire and we criticize, out of passion for the musical medium, drop like flies whilst singing a requiem for the dream life, the Prozac Nation alumni. Musicians with “heroin diaries” pen lyrical introspection set to hard rock melodies, later misquoted on Facebook (i.e. Nikki Sixx, Scott Weiland); the impressionable fans weep for accidental overdoses, or stand as prey of old-fashioned malpractice (Heath Ledger, Michael Jackson, Paul Gray); there is the multitude of contributors to music whose deaths were direct results of hard drug or alcohol abuse (Bradley Nowell, Andrew Wood, Jimi Hendrix, Jim Morrison). 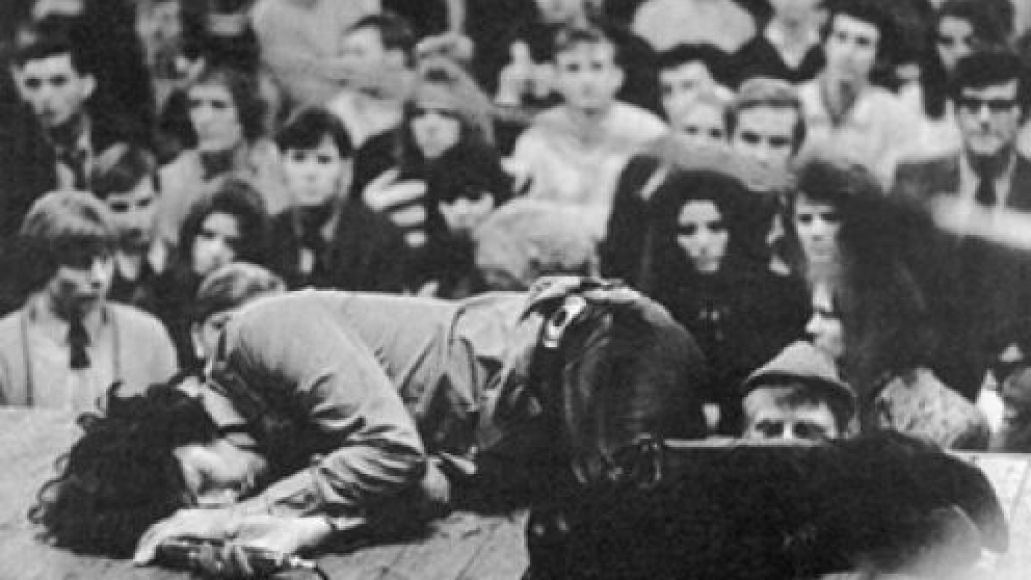 Faces change, but the game is something native to our new world of instantly-fed pop and a modern day iconoclasm, sponsored by [insert scapegoat/brand name here]. What does this all mean for eternally loyal fan-base congregations? Do they repent from a lesson learned? Do they imitate life that dispensed art imitating life? Where do things like the PMRC or the ’80s crack epidemic fall? Who holds the responsibility of the listener in their palms?

I was an elementary school student the year Cobain died, the year California punk spiked on the monitor,grunge’s decline into noise rock and Nickelback; I didn’t identify with counter-culture dissection and Hunter S. Thompson, instead fashioned as a stepping stone between alt rock and Limp Bizkit. Still, there is a kinship between fan and artist that withstands the tests of generation gaps. The passing of Layne Staley was my first head-on introduction to hard drug awareness — this was a god stricken down, doubled over by human flaws. What does that say about the education system, the access to skewed media sources, the parental guidance we do or do not lack?

Vices and violence seem to rest on pointing fingers without developing solutions: parents blamed rap music; lobbyists for tobacco blame supply and demand; religious zealots blame a lack of faith; atheists blame false deities; victims of poverty blame government; government blames parents; drug addicts and alcoholics blame society; society blames them for its ills, respectively. We become so entangled in an infinite loop of protruding digits and obstructive noses, we rebel without definite cause. Of course, the solution must be to medicate the masses a la Brave New World, while we sit and wonder how so many celebrities overindulge on that which inspired their marketable art. Art bought and paid for (or downloaded) by the souls of this planet. 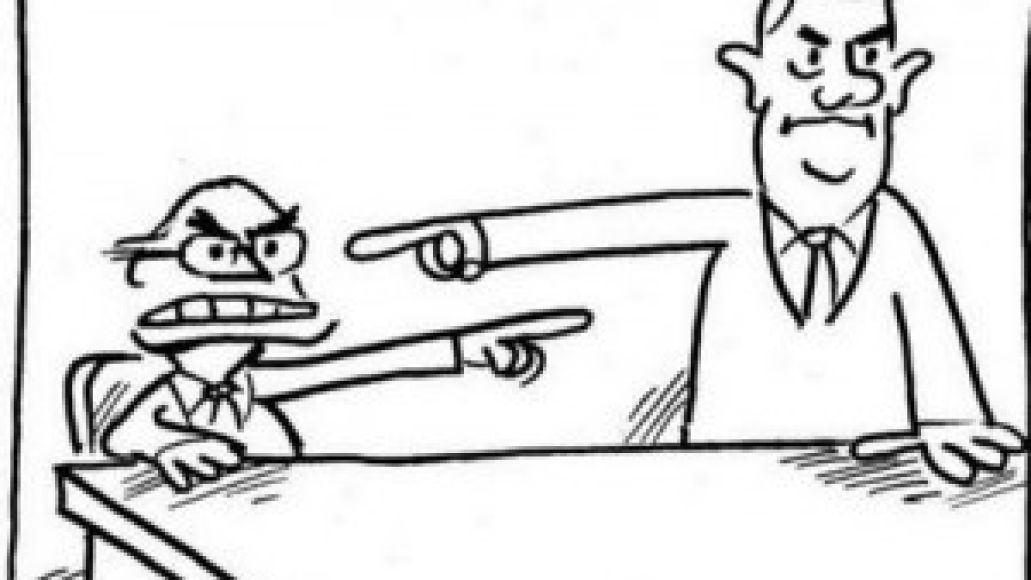 Where’s a solution? That is a tricky question, indeed. Screwing with free will leads to bad PR and idealism-turned-communism; letting the youth run wild might spark total anarchy. Should we continue facilitating an aforementioned never-ending blame game? Is the way to peace simply a worldwide war on drugs or panic in our digital age? No, it is paranoid and unrealistic.

It is human to miss those who have helped greatly impact our lifetime, even those of superficial or unreal status. We mourn the loss of rock stars and celebrities who sank beneath a sea of hypocrisy and vanity, but what are we saying about ourselves in that mob mentality? To cry over such cowardly exits? Even while some who know little about a given icon simply fall into place at a funeral march.

Humans cannot be victims of fate, we cannot play as listless pawns. We get input from every exaggerated buzz-word, every miscalculated lecture, every aspiring deity in the culture wars. We  must decide what to wear in the morning: branded or un-branded, goth “melancholy” or hipster irony; we must decide how we want to live, which in turn provides a path to how we die, how we are represented in the world, who we influence. Celebrities are no different in that respect: We have peer pressure, they have “yes men”; we choose to be novelists, or get lazy and become bloggers, celebrity actors and musicians tour before going into rehab to becoming bloggers/clergy/reality TV patsies.

I say no more excuses, no more bullshit, no more publicity soapboxes and political backpedaling.

It is not a matter of “who made who”, but a steady progression forward, only to take a dry-heaving stumble back — a cyclical scenario of invention and inspiration and choice, on regular rotation. Is society a wheel, or an unassuming metronome? The mortal coil looming in its core will eventually tremble beneath us vicarious automatons. Suicide is not a joking matter. Overdosing is not a joking matter. Meanwhile, these norms are poised as convenient whipping boys, bordering Jeff Dunham comedy. Stop mouthing the puppet head, start taking responsibility for your actions and words. Six degrees of separation, not an iota less…remember.

Break the cycle, do not let it break you. 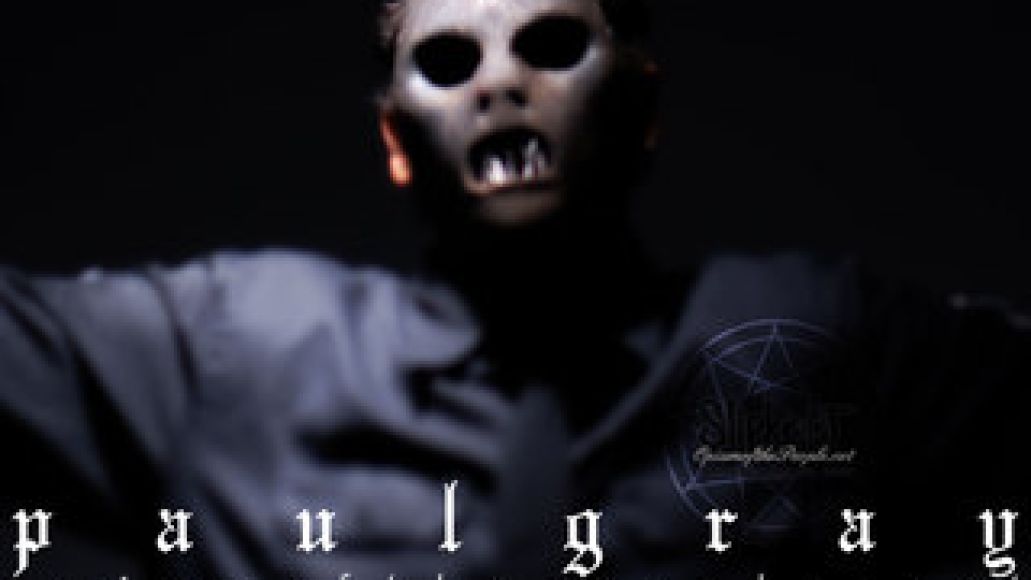 To anyone who has ever cried at the funeral of a suicide case; to anyone in an abusive relationship; to the friends, fans, and families of the fallen who lost their battles with inner turmoil addiction — know your enemy, be responsible, stay involved. As Jerry Springer would say, “Take care of yourself, and each other.”

Overdosing + Underachieving: Who Made Who?