Boise, Idaho is a quiet city, often overshadowed by its culture-rich Pacific Northwest neighbors, Seattle and Portland. But Boise is quietly growing into a very rich, diverse, and progressive city. Particularly in the area of community – the “Think Boise First” movement has citizens shopping in a whirlwind of local farmers markets, restaurants and retail outlets centered on local business and products. There’s a constant barrage of community events and entertainment, often for free. And even though the city and its surrounding suburbs boasts a population of over 600k, it’s the type of place where you’re bound to run into somebody you know every time you take a walk downtown. It’s this community minded, small-town-yet-big-city-feel that makes Boise such a lovely place to reside.

For a bite-sized city, Boise has a fairly rich music culture. Indie rock godfathers Built to Spill hail from this humble town. We have our own rising stars of underground rock: Finn Riggins, A Seasonal Disguise, James Orr. And a surprisingly rich funk scene: Equaleyes, Polyphonic Pomegranate, and Dangerbeard. Nestled between the upscale Linen District and the patio clad, bar-hopping milieu of 6th & Main, on the very corner of 11th & Idaho St. lies Boise’s own, The Record Exchange. 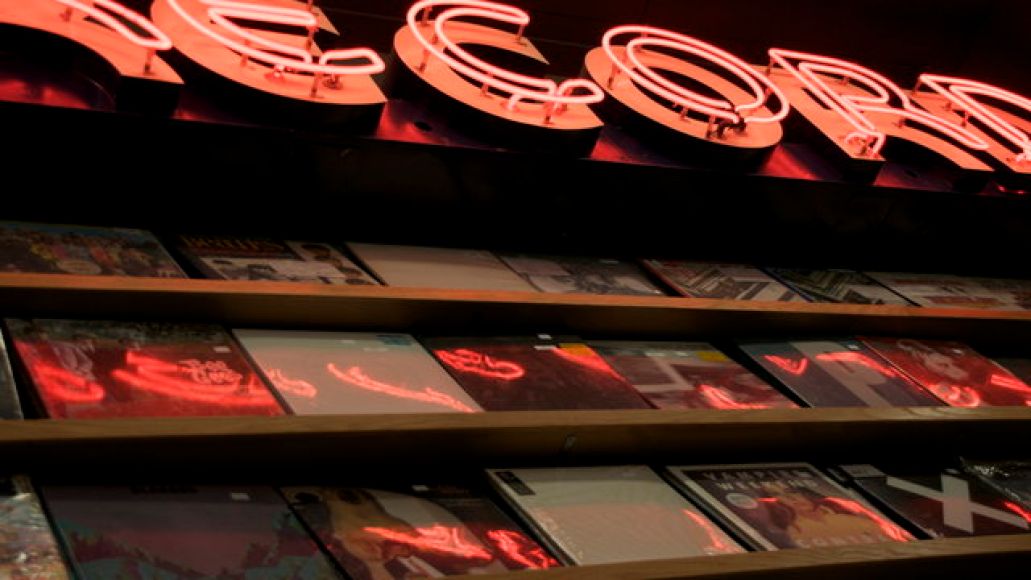 The Record Exchange is the perfect record store. The type of place you can spend hours wandering through stacks of vinyl, scouring over endless $9.99 new releases, and plundering through a storied collection of used CDs and old, obscure records. With the decline of the CD, they’ve expanded into a quirky gift shop and coffee bar, with band merchandise, greeting cards, action figures, indie clothing lines, board games, turntables, candy jewelry, and more.

“Finding different revenue streams – whether it be expanding our vinyl collection or selling greeting cards – has been essential to our survival,” says Marketing Director Chad Dryden.

Despite the doomsday scenarios facing many a record store, the Record Exchange has managed to survive in this ever-changing economic landscape by taking a back to the basics, grassroots approach.

“Big business has killed a lot of record stores. You have places like Best Buy who sell CD’s for a profit loss to attract customers into their stores. Now you see vinyl at Fred Meyer and elsewhere, but they don’t know what they’re doing. We have a very knowledgeable staff, diverse collection, and an independent feel that you don’t get at those bigger chains,” says Dryden. 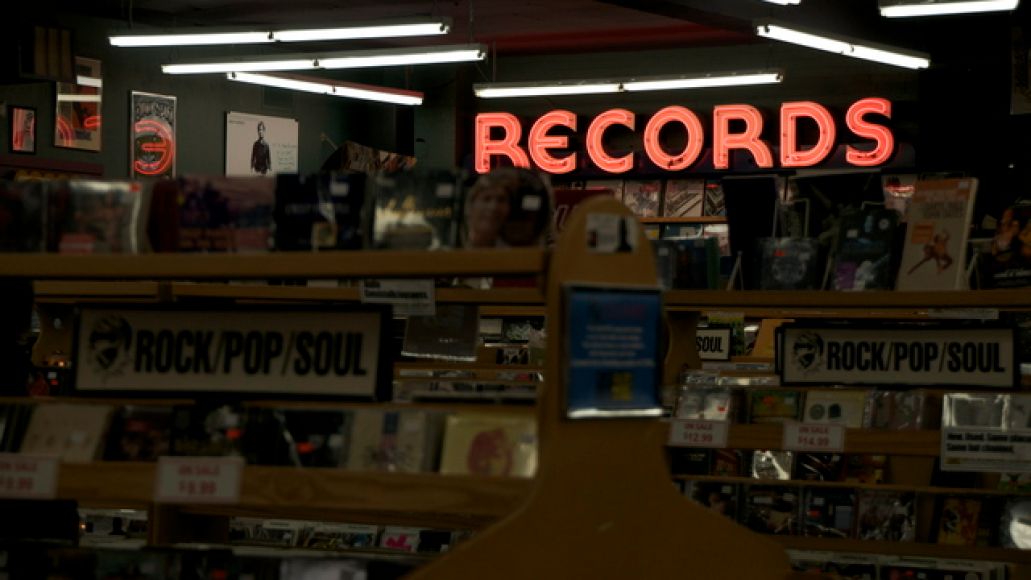 On Record Store Day, Spin Magazine ranked the Record Exchange in the top 15 of American indie record stores saying, “when you can buy your sister a birthday present and pick up a few hard-to-find releases without going near the mall, you know that an indie record shop is earning its keep.” And the Record Exchange has been “earning its keep” for quite some time. The store was opened in 1977, the 33 1/3 year anniversary celebration is happening this September. And for the past 15+ years, the store has held intimate in-store appearances from the likes of Ben Harper, Smashing Pumpkins, Band of Horses, Josh Ritter, and other heavy-hitters. These in-store performances are always free, and always a memorable, special little treat for those able to get in.

For local music lovers the Record Exchange has always been a haven to congregate and discover what’s good in music. Without it, Boise just wouldn’t quite be Boise.

As Dryden aptly states, “We’ve survived for nearly 35 years and would like to continue surviving.”

Where We Live: The Record Exchange - Boise, Idaho