*According to British Music Rights

When James T. Russell invented the first CD in 1965, he knew he was on the brink of something spectacular for not only the music industry but also the new computing age at large. Once he had discovered a way to easily store large amounts of music on a device that resisted the wear that a popular vinyl record accumulated, the music industry came knocking loud and hard.

“The first person to come calling was an executive from Sony,” Russell said, “He was very interested and offered a lot of money.” But Russell wanted to make sure that all patents were in place before he accepted any offers. “I was still waiting on a few patents on the design and layout of the disk before I would say yes to anything. The last thing I wanted was to invent the thing and then have it stolen away before I could make a proper go of it,” Russell said. 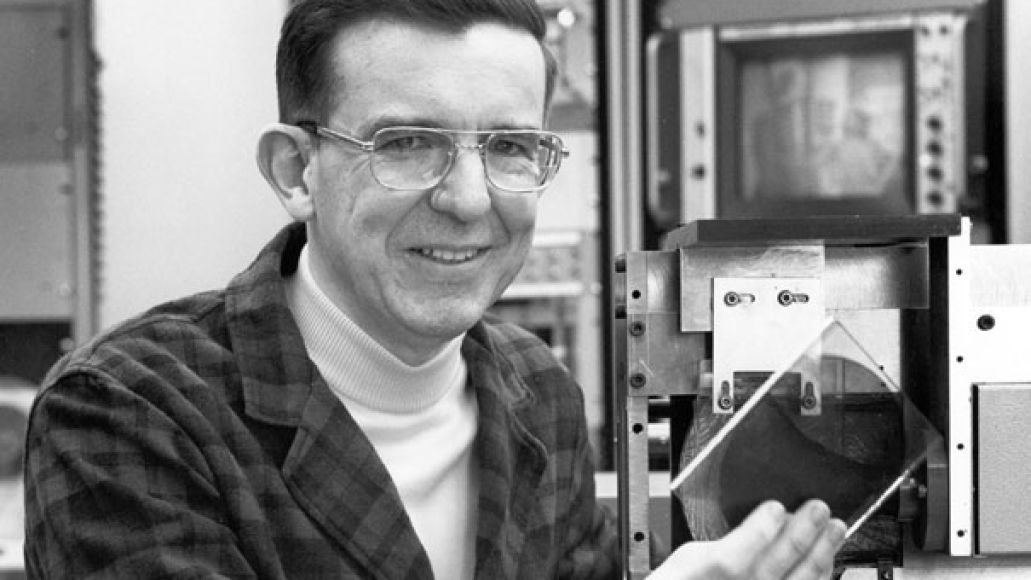 Electronics giants like Sony and Phillips, as well as record companies such as Capitol and Atlantic, all had interest in Russell’s new invention. Both factions knew the impact a product that was lightweight and easily ported could have on the buying public. Russell knew this as well, and he had an idea to make sure his product would be the only thing the market needed or ever wanted.

By the time the technology of the CD player became perfected and sold commercially, Russell and his company had sold his invention for nearly $6 billion, and his information lock was working perfectly.

Fast forward to the late ’90s. CD players were in nearly ever home in America and Europe. Russell’s invention had become commonplace, and the cassette and vinyl record had been pushed out for the new and sleek CD. Computer companies and users relied heavily on programs and information for their machines on CD-ROMs. And internet boards and websites were buzzing with computer gurus trying to crack the CD lock just as Russell predicted. A few came close, but Russell was never worried. “Even though we invented the technology in the ’70s, we had worked so closely with electronic manufacturers and the record industry, that there was no way to crack it. You would have to make all new technology.” 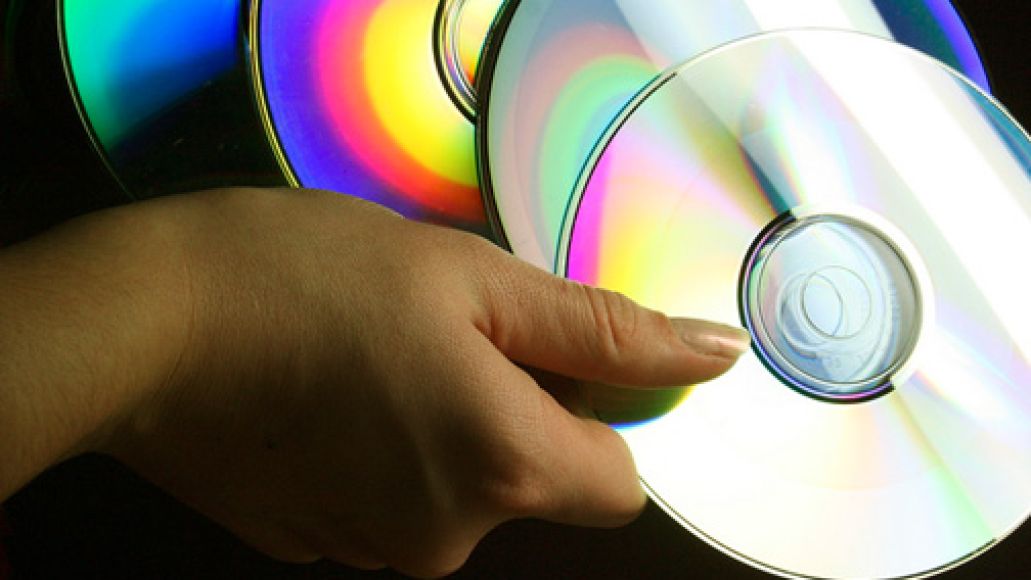 CD sales soared to new heights. By the turn of the new millennium, CD sales topped the $200 million mark in the first five months of 2000. With CDs being the clearest and most accessible form of recorded music and extremely cost effective to produce, the prices remained reasonable at a national average of $10 a disk, and the record companies were some of the richest companies in the world. Russell said in a recent interview, “While I wasn’t seeing the residuals that the record companies and artists were, I still had a strong sense of pride in what I had made for everyone. Despite the hiccups to come later, I am still proud of it.”

The hiccups that came were swift, strong, and unpredictable. In 2004, the government started an inquiry on Sony, Phillips and Russell himself. They began to question their business practices and the initial deal that brought CDs to the mainstream. Their investigation asked whether or not smaller labels were losing money because they had to go through larger labels in order to get their product out at all. Smaller labels like Sub-Pop out of Seattle were struggling to get as much product manufactured due to regulations Sony and Capitol had put on the amount other labels were allowed to request from them. They were forced to make tapes and vinyl records, which in turn created a strong demand for these more “retro” mediums in audiophile communities.

These small labels were able to stay alive through sales of vinyl, especially because of the warmer tone vinyl tends to have. The bands on these labels, such as popular Seattle-sound band Nirvana and Georgia hip-hop group Outkast, were able to create a rabid vinyl following due to clever packaging and incentives, but they were never able to reach a wider audience due to lack of CD production.

By late 2005, the government declared Russell and the record labels’ practices as unethical and a monopoly, so the labels’ manufacturing arms were split up and the regulations lifted. With the regulations gone, the smaller labels began pressing old releases of bands on their rosters and were finally able to give them a widespread release. Older groups such as Nirvana, Outkast, and Modest Mouse (another Seattle band), gained a larger and stronger following than ever before across the country, which pushed them straight to the top of the sales charts. Overnight, these smaller bands quickly surpassed the “popular” bands of the era that most listeners complained sounded “like the same rock we’ve been listening to for a decade.”

This breakup of ownership didn’t stop small labels from still producing vinyl and cassettes, and to this day they still sell nearly as much vinyl as CDs. After the government inquiries, the listening public was left with a sour taste. CD sales saw their first decline in 2006, and vinyl saw a strong surge in the market. It seems that once these smaller labels were able to mass market CDs, they were able to also market their vinyl collections, and the buying public latched on. 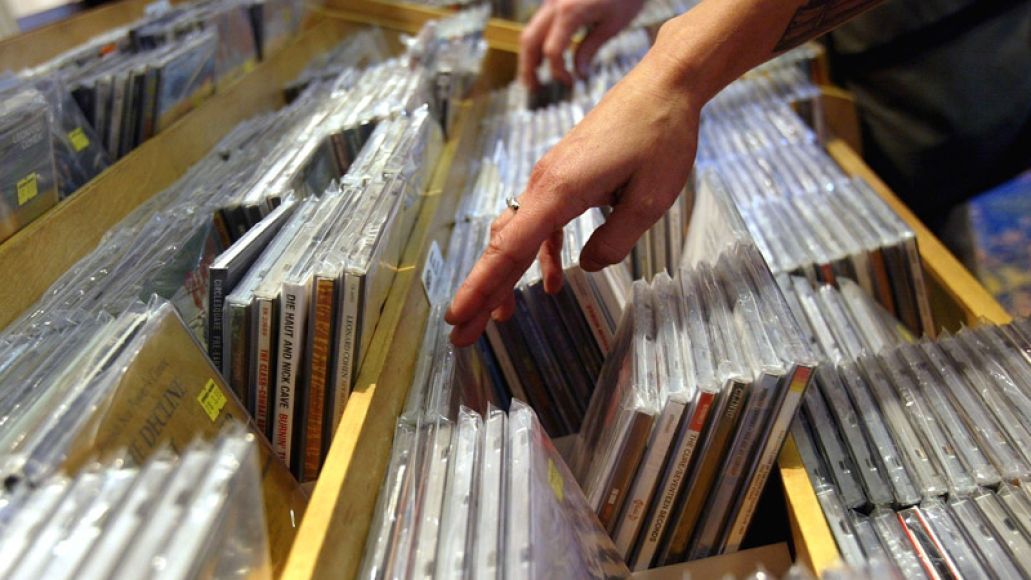 After the trials, investigations, and subsequent falling out, Russell still stands by his decision to make CDs a regulated practice, and he also stands by his CD lock. He says that if it weren’t for the regulation and the lock, “someone would have been able to put the music on their computer and then send it to whomever they wanted, thus killing sales and the economy.” When asked about the upside of free music and bands being able to be heard around the world, Russell says, “while that could be a pro in the situation, those bands then wouldn’t get paid, so what’s the point? You make music to be heard, but you also hope to pay your rent with it. I suppose it’s a catch-22 of sorts, but I feel most bands would take money over free public access.”

Well, we may soon find out the answer to that. A new report just released says a group of electronic engineers and computer scientists are developing a method of what they call “ripping” music off of vinyl for use on a computer and will make it possible to transfer the music to friends or for use on mobile devices. As of press time, they have been able to make it work with some minor bugs, but they expect the technology to be readily available by 2012 for the general public. The future of music may be changing, and it seems to be a more open and free environment. And I for one can’t wait.

James T. Russell was not available for comment before press time.