Sitting in a motel room in Kansas City taking a break from tour,  Minneapolis transplants Pictures of Then fight the good fight. They’ve been on the road for a couple years now, and they are not only finding who they are as a band but who they need to be as a business. It’s safe to say that we’re now in a world post-major label, and while it has its creative blessings, Pictures of Then now have to become businessmen. While it’s a definite challenge, the band’s not letting it stop them. But I’m getting ahead of myself because behind the demands lies a rock band you’re going to want to hear.

Pictures of Then started as buddies who were looking to jam. Originally it was just brothers Casey (vocals/guitar) and Joe Call (drums). They’d always been playing music together while growing up, and when Joe Gamble (guitar) joined in, the first incarnation of the band was formed. Becoming a “band” though, and not just a few friends jamming, was a slow realization that wasn’t official until 2007.

“We were all living in northwest Iowa,” Casey explans, “which is where we’re all originally from with the exception of our bass player. We had a small design firm with a recording studio, and basically having the design firm was an excuse to have a recording studio.” According to Casey, the music scene in Iowa was well, non-existent: “It’s all wake boarding and Jimmy Buffet kind of stuff.” Having grown up going to the twin cities, that became the logical place to make the band’s home base, to really get started on their own. In 2008, David DeLuc (bassist) and Tim Greenwood (keyboard) joined, filling out the line-up to what it is today.

While many of their friends growing up were heavily into hip-hop, the Call brothers, and later with Gamble, DeLuc, and Greenwood, bonded over a love for the classic rock they grew up with. Led Zeppelin, The Kinks, and The Beatles are just a few of the staples who’ve helped them define their sound over the past two albums. Before they had a chance to even define that sound, though, they started off as a back-up band for a friend’s studio. In their downtime, they were able to cut their own record, Crushed By Lights, which would end up being their ticket to independence.

It was a producer in London that ended up hearing Lights and was more than impressed. “He flew over, saw our show - things started to feel pretty good from there,” Casey explains. “It was at that point in time where we realized that, you know, we’re spending all this time doing this for somebody else’s music, and we needed to be doing this for our own music.” 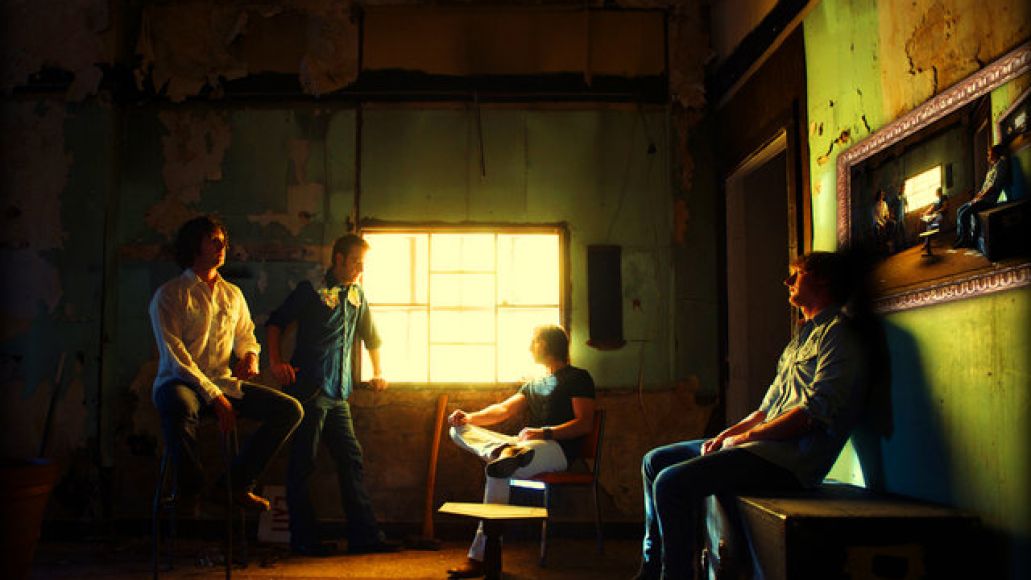 Once freed, they quickly switched gears to touring and writing for their follow-up. This was the way they would choose to further their sound as well, leaving behind Lights in many ways for the kind of rock that reflected the band as they evolved. With their second record, 2009’s And the Wicked Sea, the riffs got sweeter with more punch as they took cues from the bands they bonded over in the early days. Fantastic songs like “Big Sell” and “Questions Anyone?” meant they were starting to finally find their groove both in the studio and on the road.

“I think things really came together for us right around that time when we were starting to write the songs that were on that album,” Casey says. “That’s when we really picked it up touring. Last year we did over 150 shows, and we’re on track this year for that as well.”

The hardest part for them is not the touring, however, but learning the business of being an independent band in a time when having a record deal isn’t necessarily the best path to success. They’re wary of record labels, having watched bands they were close to get suckered in, only to be left in a seemingly worse position, revealing the paradox of independence: deciding where the little funds they have should go, often having to choose between recording and gas. It’s made it tough for Pictures of Then, who have to cover all aspects of the industry themselves. It’s a position that many bands these days finds themselves in: having to be the manager, promoter, producer, and just about everything else that’s involved. Right now, though, it’s all about finding fans and cornering markets to grow off of. While they can’t yet do the kind of tours they want, they’re doing what they can to get their feet on the ground. Things are picking up, though, and fast.

When it comes to the third record, currently in the writing stages, Pictures of Then find themselves in a bit of a tough spot. There are lots of questions they have to ask themselves now as they work. Do they go with one of the many record label offers they’ve been shown, or record on their own, as they have been? And, for a band that’s building a strong live following, how do you capture that live magic on record? That last question has become quite pressing with their live following growing much quicker than anticipated.

It’s a bit surreal for the band to see their fans singing back songs that haven’t even been recorded yet but have made it into their always-evolving set list. It’s the live show that’s really come to define them, so the next step will be to capture that on record. They’ve already begun working on material, using the stage as a litmus test for new ideas. “

It’s actually going really well,” Casey continues. “We’ve got some tunes we’re really excited about. The cool thing is because we’re playing so many shows, it really gives us the opportunity to take those new ideas on the road with us and live with them instead of doing them right away in the studio and putting them down. It lets us experiment with them, and it’s been a really cool way for us to approach things. You have to give the songs a chance to fail. It doesn’t mean it’s a bad song, it just means there’s more work to be done.” It’s paying off though, as they all agree that, “everywhere we go, we turn heads”.

So in the end, it’s the road that’s tightened the band to a fine-tuned machine, polished them, and evolved their writing style to be much more collaborative. So when can we expect that third record? “Not soon enough, man.” Until then you’ll have to wait and catch them on their endless tour, and by the sound of things, you may end up hearing indie-rock’s next big record as it’s being made.

Listen: Pictures of Then