Since we live in a world of web-invented buzz genres (read: chillwave, witch house), it’s rare that anyone would do a double take when somebody says, “Oh, I love [insert genre name].” Anymore, that pretty much means you read a specific blog that covers specific artists or that you’re trying to sound cool. So imagine my surprise when a big shot web developer I once met literally said out loud, “I love gypsy jazz.”

That’s not something you hear. Ever. In a world where somebody’s making an album that’s so lo-fi it could literally break your speakers, who cares about Django Reinhardt?

Ranger Sciacca, a violinist and sound engineer from Bainbridge Island, Washington – that’s who.

In a strange way, Ranger and the Re-Arrangers might be one of the weirdest bands out there. No, not like, “They’re so experimental, they’ll change the way you think about music,” weird. Like, “Wow, seriously? This music hasn’t been popular for at least 60 years,” weird. Weirder still – the band is comprised of a father and son duo (not many of those this side of modern Van Halen), and each member of the band is in a different decade age bracket (Ranger’s in his 20’s and the other four members are in their 30’s, 40’s, 50’s, and 60’s, respectively).

Listening to the music of Ranger and the boys is like hearing an American take on the soundtrack to the Hugh Laurie/Stephen Fry “Jeeves and Wooster” TV series. They play old gypsy jazz and swing tunes, but they also do original compositions in the old-timey style.

And while it may seem odd to some, Ranger says playing in a band with his dad, guitarist Michael Sciacca, is a good time.

“We’ve been playing music together for more than 15 years, and we still often take gigs as a duo,” he said. “Because we live in the same house, we can rehearse any time, or warm up for gigs before we leave.”

Like many virtuosos, Ranger picked up the violin when he was six-years-old. After hearing a CD of violin jazz, he started digging deeper and listening to the greats: Stuff Smith, Joe Venuti, and Stephane Grappelli. That led him down the road to Django Reinhardt and the world of gypsy jazz. 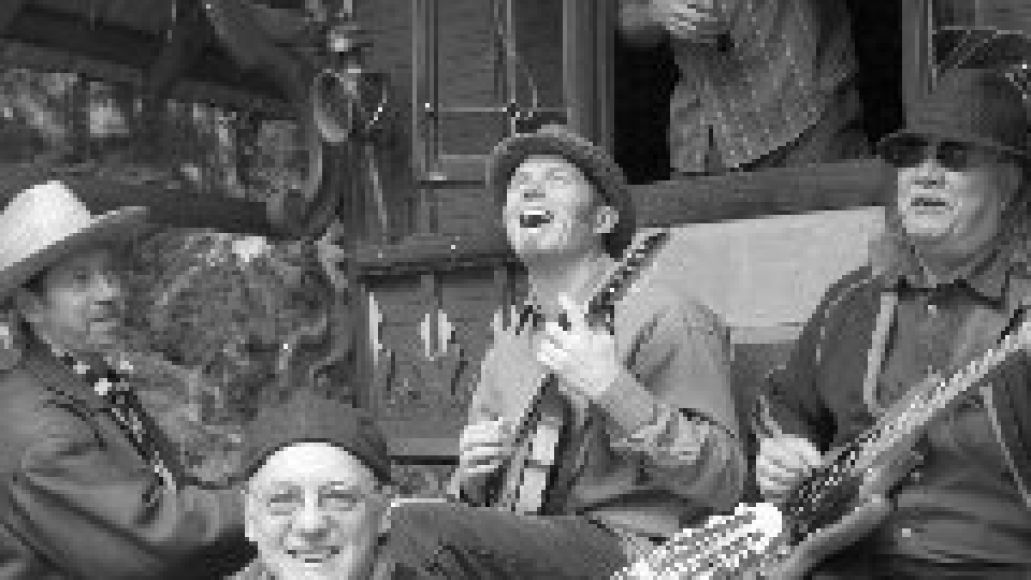 What’s incredible about Ranger and the Re-Arrangers is that the most “modern” take on the gypsy jazz genre is the addition of percussion to the band’s sound. It’s not like Ranger goes all Ornette Coleman on the genre or anything – he just plays it like the old kings of swing jazz did. Still, the addition of a drum is a point of contention for gypsy jazz purists. But Ranger doesn’t want to give the band a sub-genre.

“You can say ‘string jazz featuring violin’ or something, but then you’re just dancing around it and using more words to less clearly describe it,” he said. “If someone feels a need to differentiate, I would say start with gypsy jazz and add ‘but with some percussion,’ or something.”

While gypsy jazz is rare, it’s not like Ranger and the Re-Arrangers are an anomaly out in Washington. According to Ranger, western Washington is “maybe the best place in the country” for gypsy jazz, citing Pearl Django, Djangomatics, Hot Club Sandwich, Zazou, and Billet Deux among the bands in the state’s gypsy jazz scene.

Ranger and the boys have played all kinds of shows – festivals, museums, parks, jazz clubs, bars, restaurants, county fairs, weddings – and they have more dates in Washington coming up this year. Their last album, Django’s Tiger, came out last year and is available via CD Baby along with their debut, Gypsy Moon.

Sure, Ranger and the Re-Arrangers are weird, but it’s an impressive, comforting kind of weird. Impressive because not many people can play a fiddle so well, and comforting because it’s nice to know that there’s a community of musicians keeping an old, storied genre alive.

Listen: Ranger and the Re-Arrangers