I rehash about the music of 1999 more than that of any other year I have been alive. I was too young when grunge was in full effect, so I missed out on that. And while the mid-’90s brought forth some of the best hip-hop ever created, I also wasn’t able to understand that either. Obviously, the previous decade was full of memorable music moments, but 1999 was the year where I felt like the music around me was important (even though a majority of it wasn’t). I can recall MTV still being relatively good and Moby’s “Bodyrock” playing on rock-and-roll radio. I remember Korn, Limp Bizkit, Kid Rock, Eminem, The Offspring, Blink 182, Rage Against the Machine, and Dr. Dre all having hit singles on television and radio. And pop radio had things that were both accessible to listen to (you are full of shit if you say you didn’t like Sugar Ray’s 14:59), as well as make fun of (Backstreet Boys, *NSYNC, insert name of other pretty-boy group here). And when all these memories get stirred up, one song’s introduction always comes into play (for some reason). That song is Len’s “Steal My Sunshine”, and I can’t believe I just publically admitted this.

Some of you may not recall Len, but my mind has a knack of holding onto the most obscure of memories. The group’s album, You Can’t Stop the Bum Rush, hit number 46 on the Billboard 200, an accomplishment that actually mattered back then, in addition to achieving gold status. This was Len’s first full-length album, and it was led solely by its first single. If that’s not one-hit-wonder marketing, I’m not sure what is. In all honesty, it’s hard to find any song by Len that isn’t “Steal My Sunshine”. This is the only document that seems readily available by the Canadian crew, and in a time where anything can be uncovered on the Internet that says a lot. 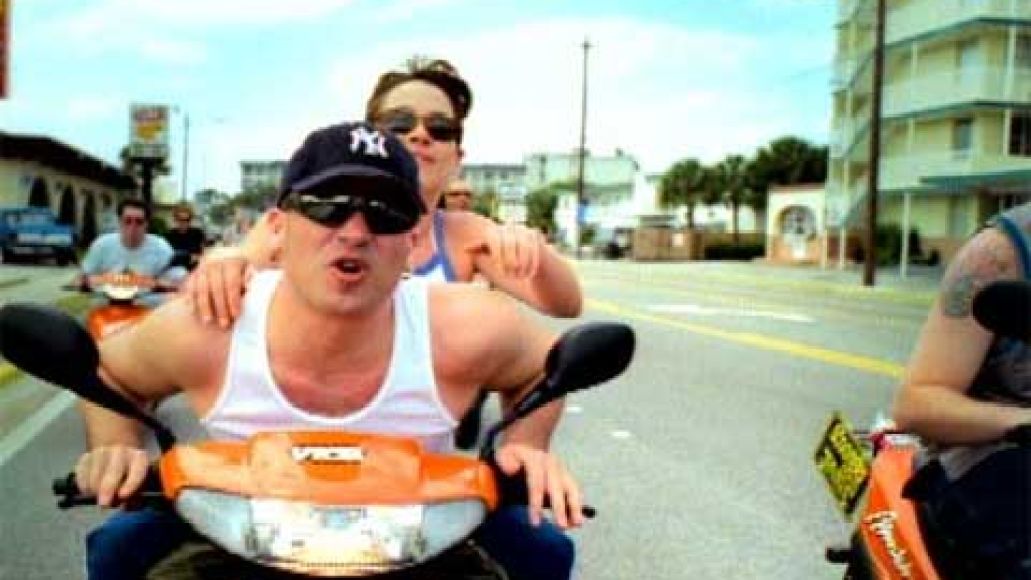 Len came together in Toronto, Ontario, where I’m sure its music was as cool as the Canadian MC, Snow. It consisted of the sibling pair Marc and Sharon Costanzo, who played guitar and bass, respectively (no drummer is specifically listed anywhere). In the mid-’90s, the group released two albums, which were 1994’s Superstar and 1996’s Get Your Legs Broke. Superstar actually has some decent-sounding songs. In fact, imagining the Len who was riding Vespas on the beach in 1999 playing these nicer-tuned indie songs is very bizarre. The Len of Superstar sounds more like Sonic Youth, with melodic vocals and shrill, grungy guitars. “Stray” is as good of an indie tune as My Bloody Valentine’s “When You Sleep”, and “Wiggle” sounds like a much better version of “Brain Stew”. The earlier Len was clearly more badass. Get Your Legs Broke starts off with an intro about the creativity of rock-and-roll music. “Funny” is a hard little number where the band comes off as more Sonic Youth than ever and stands out as the album’s only shredder of a track. The rest of the album sounds like Jimmy Pop of the Bloodhound Gang singing for the Pixies, which, as you can imagine, is nothing spectacular.

Then it was 1999. Suddenly, terrible semi-hip-hop singles were popping up everywhere (even Vitamin C’s “Graduation” had hip-hop elements within it), and rap-rock owned the charts (we did it all for the nookie, then we saw it was bullshit). Naturally, Len had the chance to be marketed, so it added DJ Moves, D Rock, and Planet Pea. I can recall this marketing very well. First off was the album, which featured a cover with mysterious, animated gangbangers (the band, I presume), standing on the street corner. This cover was all over the record catalogs we got in the mail, all over Wal-Mart, and heavily advertised everywhere in between. And then there was the song, accompanied by a music video that did not make these people look like gangbangers at all. Instead, they came across as a bunch of Southern California happy guys (and one happy girl) who rode motor scooters, played American Gladiator-style games, and hung out on the beach. I remember watching this and finding the song, for lack of a better word, fun. Eventually, “Steal My Sunshine” graced my radio-made mix tapes with the likes of Eiffel 65, Powerman 5000, and Lit (not Len, but very close). 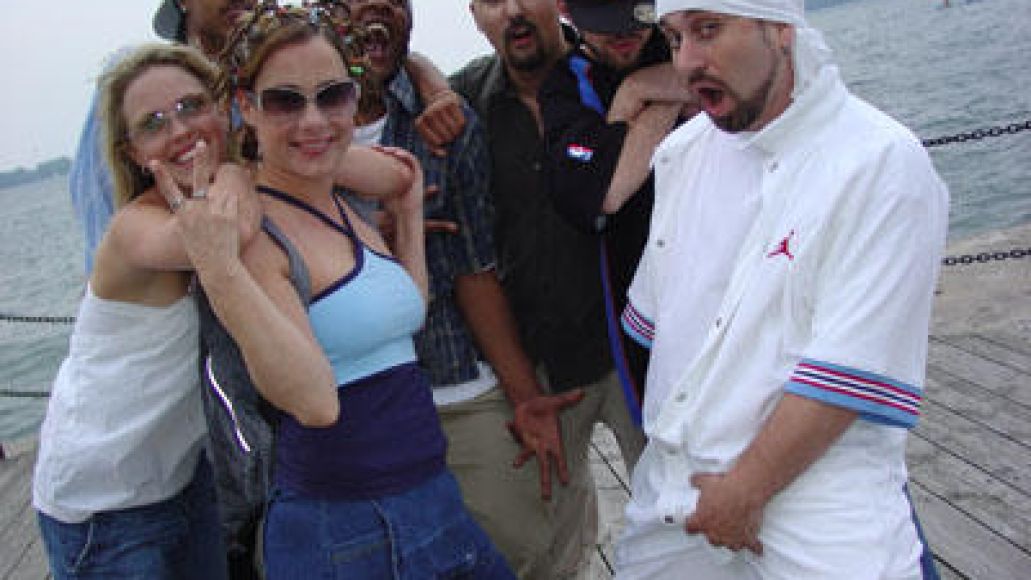 So, what happened? Where did Len go? It had indie street credit and a hit hip-hop single blazing up pop radio, and was due to release a follow-up record. Well, for starters, the follow-up sucked. The Diary of the Madmen sounded like Psychopathic Records’ shittiest new act, minus the face paint, but with a side of Canadian innocence. Even after the first song, “We Are…”, I could understand why Len’s following went from something to nothing. The beats are incredibly cliché and boring, while the lyrics take the hip-hop concept of “keeping it real” to the level of stupidity. This is when everyone who had dignity and a musical opinion that was sane turned their backs, and got the Lou Bega CD.

Eventually, Len called it quits. Marc Costanzo announced on his MySpace blog sometime in 2008 that Len was finished, but fear not, because Sharon and he were to make their own record (as though Len wasn’t their own band). Their MySpace page is the only evidence of their existence, and neither of them has a personal website. Even their Wikipedia page has little to no info on them (to the point where I clicked on Marc Costanzo’s name and it redirected me back to the Len page). It seems that these Canadian pop stars have ridden away on their motor scooters and vanished into obscurity.

In the end, I’m not so sad Len never went any further. They had two indie sensations and a hit single; what else does a Toronto group of young adults need in life? I’d be stoked if I had all three of those things in the next couple years, and then I wouldn’t have worry about the massive amount of debt I have accumulated. Len’s sunshine spark may have been brief, but they got it done, and will forever be the soundtrack to my personal flashback sequence to the year 1999.

Whatever Happened To: Len