Summers are meant to be spent outdoors. Watching a beloved band under the summer sky is an annual pastime for music lovers, with amphitheaters large and small all over the world more than willing to oblige. With a music scene that continues to spawn intriguing acts, it is only natural that Brooklyn puts countless other markets to shame thanks to Prospect Park.

Most of the entertainment at Prospect Park Bandshell is part of Celebrate Brooklyn!, a series of mostly free (a $3 donation is suggested) concerts throughout the summer months courtesy of BRIC Performing Arts. Artists that performed in the recently finished 2010 season include Sonic Youth, Metric, Sharon Jones & the Dap Kings, Ozomatli, and Norah Jones. Each season also includes a handful of fairly-priced benefit concerts, with artists such as Feist, The Dead Weather, Animal Collective, Rufus Wainwright, and Bob Dylan performing in the past. 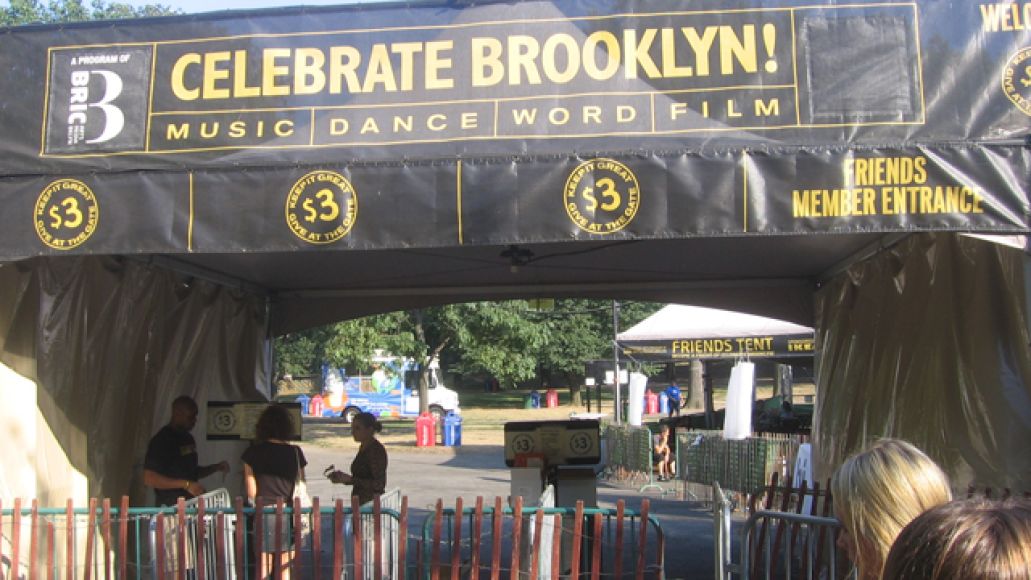 First time visitors would do well to arrive early and explore Prospect Park, because the natural beauty of the park offers a welcome refuge from the hustle and bustle of the city. Once through the gates of the Bandshell, attendees can either grab one of two thousand seats or relax among the trees on the hill. The well-maintained shell of the venue’s namesake is reminiscent of that of larger historic venues such as the Hollywood Bowl, and the sound quality is crystal clear throughout the amphitheater. Unfortunately, getting up close and personal for a favorite artist may not be in the cards.  The entire section of seats in front of the stage is reserved for friends and guests of the park, so arriving early to fry under the New York summer sun and roast in its humidity will only guarantee a seat or a prime spot on the lawn. For energetic performances where everyone is on their feet, such as the recent Metric concert, this arrangement results in an awkward feeling of being disconnected thanks to the empty rows of seats between the crowd and the stage. 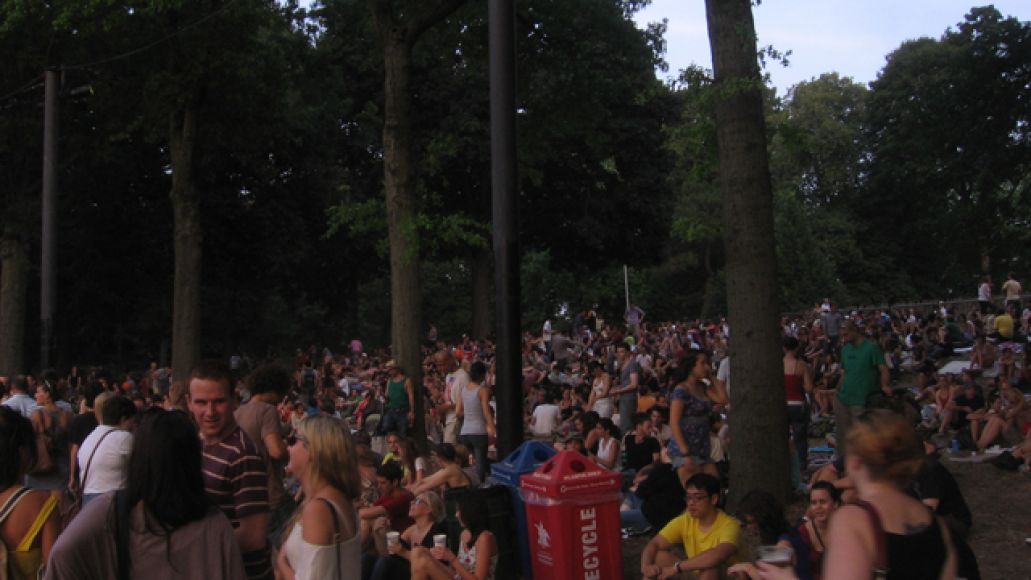 Prospect Park Bandshell might be the only place in Brooklyn without Pabst Blue Ribbon on tap, but patrons looking for beer can get a Budweiser for the typical concert venue price of six dollars. Food at Prospect Park is less traditional, thanks to Two Boots’ unique fusion of Cajun and Italian favorites. Everyone is also allowed to bring their own food, but minus the booze. For a suggested paltry sum of three dollars, music lovers can spend a magical evening in the park while watching a favorite artist and possibly discovering a new one among the support acts carefully selected by BRIC Performing Arts. With concert ticket prices escalating higher than ever thanks to a government-approved monopoly on the art of superfluous surcharges, bargains are more important than ever, and one of the best deals around is at Prospect Park Bandshell. 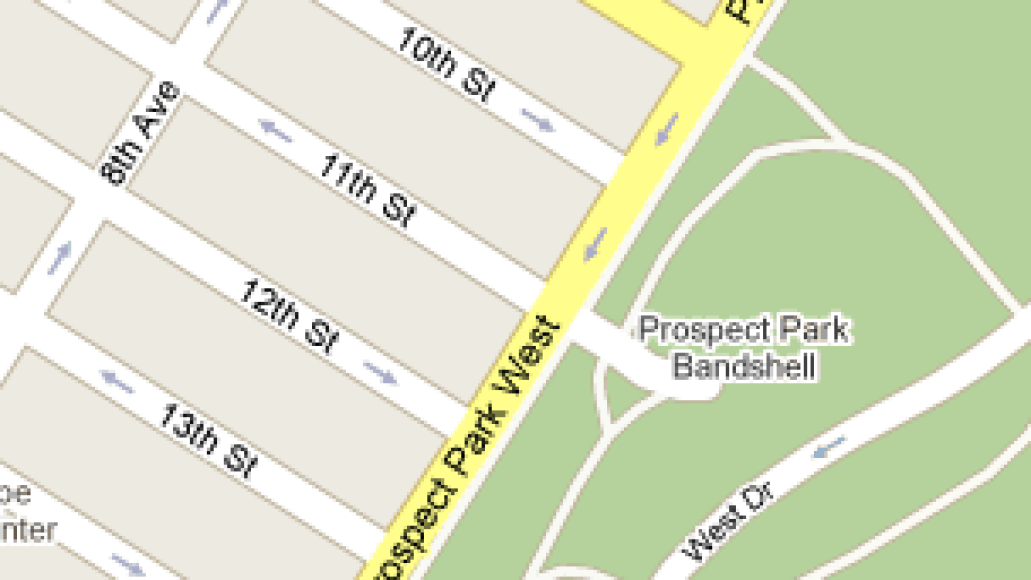