A band’s name is often one of its most important and identifying characteristics. The name might represent the roots of the group such as the Rolling Stones, a tribute to Muddy Waters; anarchy against the establishment with monikers like the Sex Pistols or Dead Kennedys; a place of origin – Boston, Kansas, Chicago; or the boringly obvious band name being that of the frontman, i.e. Dave Matthews Band (at least J. Geils was the guitar player in his band!). Despite how great, accurate, or brazenly outrageous a band’s name might be, there is one thing that it may not be – theirs. Over the history of modern music, there have been many bands/artists that have had to change names due to a copyright or trademark infringement.

Here are a few: 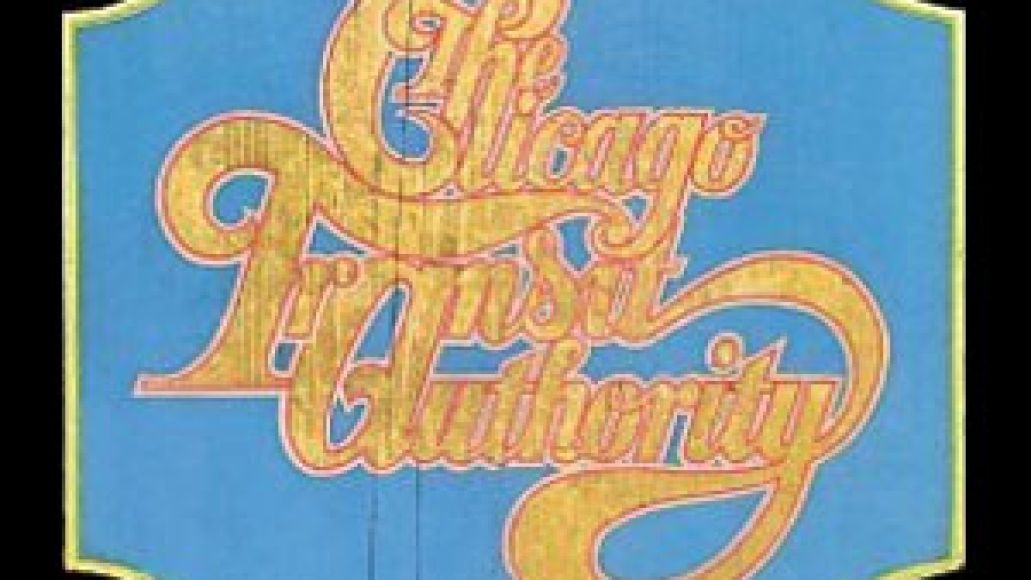 Let’s go back some distance for our first one. The band Chicago does in fact hail from the Windy City. In fact many of the band members first met while attending DePaul University. Originally named The Big Thing, after adding their seventh member, vocalist Peter Cetera, the band was signed to a deal with Columbia Records in 1968.  Shortly thereafter, the band changed its name to Chicago Transit Authority.

Less than a year after signing with Columbia, the band debuted with the self-titled The Chicago Transit Authority (informally called CTA).  The album was a unique property being a double-disc release (a rarity for a debut), filled with jazz-like instrumentation and Latin elements blended with a slight abstract experimentation with feedback-laden rhythm. Despite the description, the sound was a perfect fit for early FM radio and eventually sold over a million copies in the year following its release. With the success of the album and the single “Does Anybody Really Know What Time It Is”, it was only a matter of time until someone took notice.

Within months of the album’s release, the band had officially shortened its name to simply Chicago after being threatened with legal action. It seemed that the actual Chicago Transit Authority did not take too kindly to some hometown boys mixing it up with the rock and roll. Thankfully, the city didn’t feel the same. 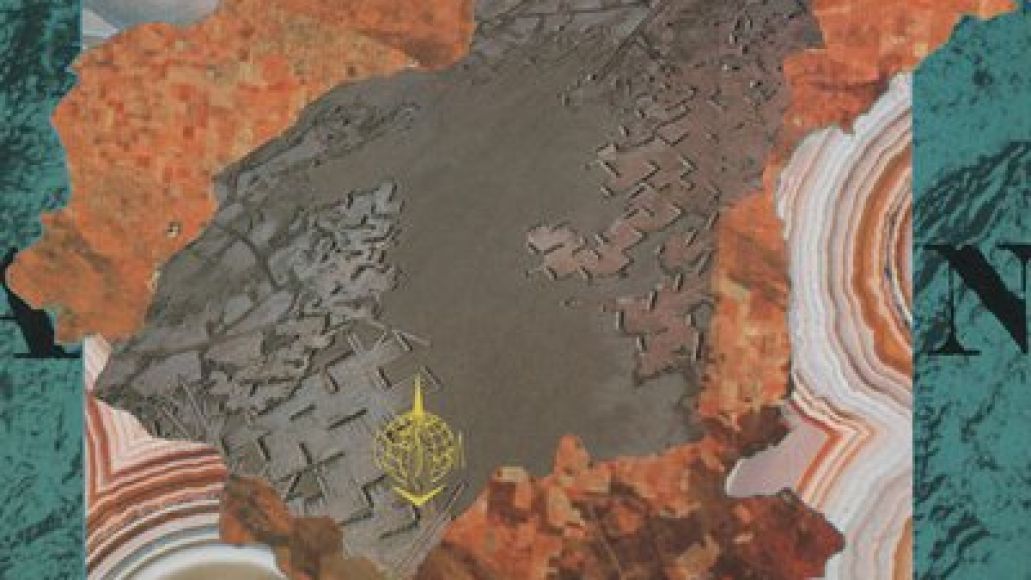 Formed in Sheffield, England, in 1978, the Comsat Angels was one of the best bands of the first post-punk/new wave onslaught. Far less dramatic than contemporaries Joy Division, the Angels wrote pop songs filled with abstract concepts and sullen motifs. The sparse instrumentation was often bleak yet never failed to capture the listener and would go on to influence such artists like Interpol and Editors.

Despite critical success, the band suffered the wrath of their label, Polydor, who fired them after three albums. As the band label-hopped in the ’80s (they appeared on at least four labels), the band’s sound became more new wave and far more poppy than earlier recordings. This change in style and direction did not sit well with fans who also balked at the band’s mid-80s output.

In 1986, just prior to landing on Island Records, the band was forced to change names for fear of litigation by the Communications Satellite Corporation. The satellite company claimed that the band’s name was a clear form of plagiarizing. In addition, the band’s label also put pressure on the band to change its name.  Eventually, the band’s name (in the US) was changed to the C.S. Angels. The worst part of it is that it has been noted on more than one occasion that the band took its name from a short story by J.G. Ballard called The Comsat Angels. (Someone’s lawyer dropped the ball!) The band even went so far as to change its name completely to Dream Command in an attempt to crossover to AOR radio in the early 1990s. The band and the label were unhappy with the results.  Its only recording was distributed in the US only and in limited release.

The Red Krayola vs Crayola

Mayo Thompson created the Red Crayola in 1966, rising up out of Texas along with fellow psychedelic rockers The 13th Floor Elevators. The band was first signed by International Artists after having been spotted performing in a shopping mall. Early recordings of the group hinted at spacey folk rock, with Thompson eventually taking the band to the limits of avant rock and deconstructive rock and roll.

The Red Crayola might be seen as a prototype for industrial rock that would follow some decades later. The abrasive and confrontational approach to its studio recording was very experimental and often resulted in music that, despite being humorous and open minded, proved to be a difficult listen.

Thompson disbanded the Red Crayola in the late ’60s only to resurrect the band as the Red Krayola in the late ’70s. To avoid copyright issues in the US, Thompson altered the original spelling from “C” to “K”.  Currently, Thompson is recording and touring with the likes of Jim O’Rourke and the Raincoats’ Gina Birch. 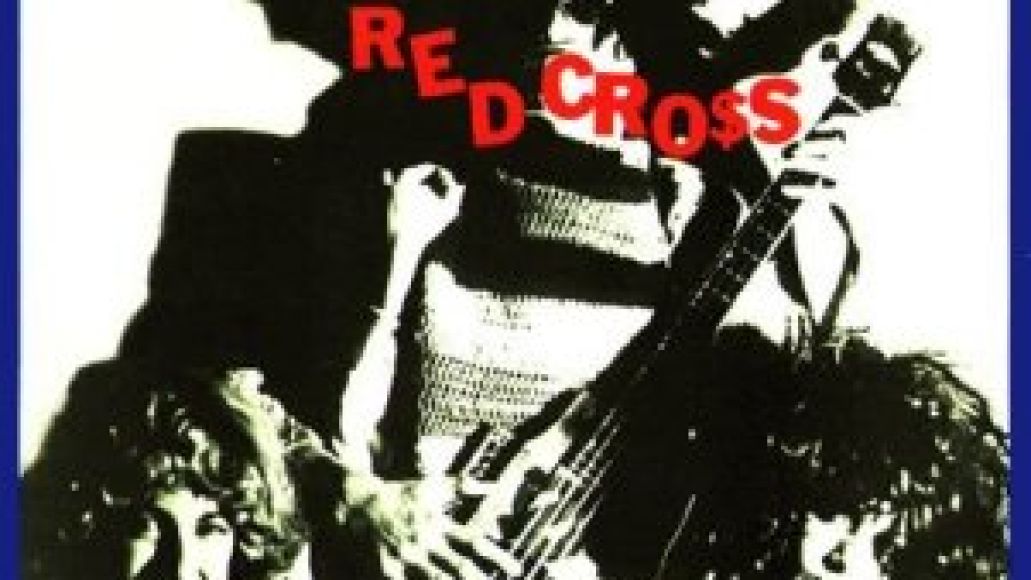 Red Cross is probably more famous for spitting out members who would eventually go 0nto bigger, more famous acts.  Specifically, guitarist Greg Hetson leaving to join the Circle Jerks and later Bad Religion and drummer Ron Reyes leaving for Black Flag. Second guitarist Dave Keller left for Trixie and the Doorknobs, but who the hell are they? Once they reshuffled the lineup, the band recorded its first full-length album, 1982’s Born Innocent, a pop culture-laden explosion with references to Linda Blair (appropriately enough), Manson, Beyond the Valley of the Dolls, actress Tatum O’Neal, and even evangelicals Jim and Tammy Baker. It was at this point that the band was contacted by the International Red Cross threatening litigation unless the name was changed. Taking inspiration from comedian Redd Foxx, the band altered the spelling of its name and continued to record up through the late 90s.

Both of these examples beg the question how changing a single letter would matter, but apparently it did. 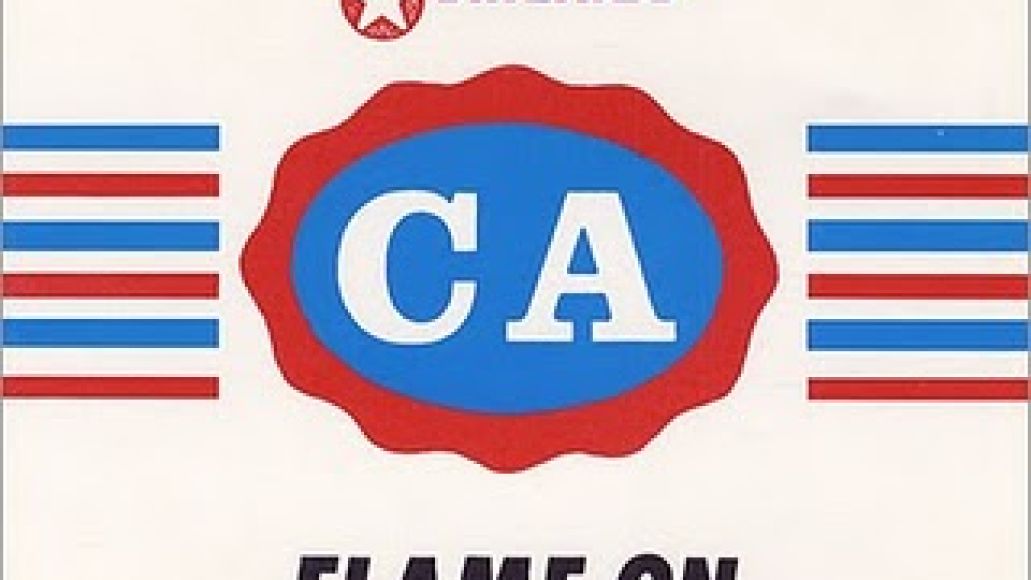 In the post Vaselines landscape of the late ’80s, Vaselines founder Eugene Kelly formed a new indie pop band with members of BMX Bandits and Teenage Fanclub. The sound rocked a bit more than the electro-fuzz-filled twee of the Vaselines; however, the band still retained a pop sound to its art. Taking the name Captain America, the band drew the attention of Nirvana’s Kurt Cobain, who himself was a huge Vaselines fan (and responsible for Sub Pop releasing The Way of the Vaselines: a Complete History) and had the band open for Nirvana on its 1991 tour of Europe.

After the promotion via Cobain and crew and the success of its opening gig, Captain America released its first EP called EP. Released on the British indie label Paperhouse Records, a second EP Flame On was released in 1992. The use of the moniker of one of the comic world’s biggest characters as a band name and the use of a trademark phrase spoken by the Fantastic Four’s Johnny Storm, a.k.a., the Human Torch as an album title must have been too much for Marvel Comics. The comic giant sued for possible infringement, forcing Kelly to change the name of the band to Eugenius. The inclusion on the album cover of a popular logo used by C&A clothing chain also brought the band under fire.

This situation brings to mind a Family Guy episode where Peter is rescued by Spider-Man. After being saved, Peter thanks the super hero upon which Spider-Man replies, “Everybody gets one.” Kind of makes you wonder if the band had only infringed upon Marvel once with either the band name or the album name that it might have been okay.  Regardless of the name and despite the praises of Nirvana, Eugenius was never able to successfully transition their pop-filled Brit Rock to an American audience feeding on grunge. The band released a couple other full lengths only to disband by 1995. 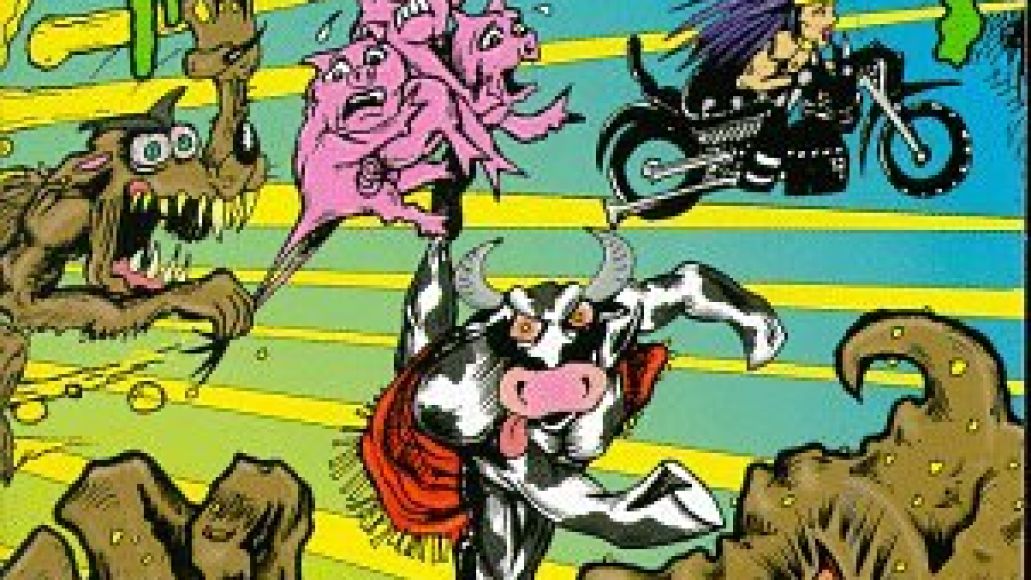 Green JellÃ¶ formed as far back as 1981 as a comedy rock group. The impetus behind the band was to become the “World’s Worst Band,” which if you have ever listened to the band’s music, it came very close to attaining. Believing it to be the worst of the Jell-o flavors, a friend of the band suggested the name Green Jello as a reflectance on the band’s talent – a talent that in the beginning was virtually non-existent. So much so that founding member Joe Cannizzaro had to color coat his bass frets and learn to play by color memorization!

Over a decade later in 1993, the band got a taste of pop stardom with the single “Three Little Pigs”. Coupled with a video directed by Fred Stuhr (director of Tool’s “Sober” video), the song received huge airplay on radio and MTV. With such tremendous exposure, Kraft Foods eventually took notice. However, using the word “Jell-o” in the name was only a part of what Kraft took issue with. Kraft’s biggest concern was the slogan shouted by fans: “Green JellÃ¶ Sucks!” This led the food manufacturer to force the band to change its name. In fact, the change was retroactive, forcing the band to change all previously released material and merchandise featuring the word Jello.

To comply with the judgment, the band changed its name from GREEN JELLÃ– to GREEN JELLŸ, simply replacing the letter O with a Y, with an umlaut over the Y much like it was over the original O. According to the band, the letter Ÿ is pronounced in such a way that it sounds like an O.  So, despite spelling its name J-E-L-L-Y, the band insists it is still pronounced, much to Kraft’s chagrin, as J-E-L-L-O.

Not a stranger to legal troubles, later that same year Kellogg Company sued the band over improper and potentially disturbing uses of its cereal characters as images on the band’s album Cereal Killer.

Other bands have been put through such ringers, including The Verve adding “The” to its name after the jazz label Verve Records chimed in. Death From Above 1979 was forced to add 1979 to its name after dance label DFA threatened legal action, prompting the band to then disparage label founder James Murphy (LCD Soundsystem) on its webpage.  Suede was sued by an American lounge act, forcing the band to become London Suede. The Minneapolis band The Olympic Hopefuls had to reduce its name to The Hopefuls because, apparently, the United States Olympic Committee actually owns the trademark to the word “Olympic.”  And let’s not even get started on bands who had to add UK to their names (The Mission, The Charlatans).

From the absurd to the potentially libelous, it is understandable for a company to defend its image and product from any potential threat. However, in some cases, an argument could be made for the free advertising the company may receive. How else can anyone explain DJ Green Lantern not getting sued by DC Comics? The comics giant obviously knows good marketing (and a good DJ).  At a time when DC just completed a huge story arch in its books featuring Green Lantern and is starting a potential film franchise, connecting with a previously untapped market via DJ Green Lantern might just prove more profitable than litigation. Too bad not everyone can see the upside.

Audio Archaeology: When A Band's Name Isn't Theirs!