Baroness’ John Baizley is nothing short of a machine. It’s 11:30 at night after Baroness finished a high-energy set at Spokane, WA’s The Knitting Room, and Baizley is sitting across from me in his dressing room, with no sign of having given his all just a few hours earlier. He’s bright-eyed, well-spoken, and comfortably affable, a contrast to his bushman beard and roaring onstage vocals.

This was the first show of the Baroness/Deftones tour, a one-two punch of metal and showmanship, which probably explains why Baizley shows no sign of fatigue. But I get the feeling that this singer/guitarist/artist (he does all of their intricate cover art) is tireless anyway – just take a look at what the band has been up to over the last few years.

Baroness first came on to the scene with the LPs First, Second and A Grey Sigh in a Flower Husk, followed by the successful Red album. The band was then composed of childhood pals Baizley, bassist Summer Welch, drummer Allen Blickle, and guitarist Brian Blickle, Allen’s brother. But Brian would soon leave the band afterward and be replaced by another long-time friend from Virginia, Peter Adams. If there was any doubt that the lineup change might hamper the band’s progress, that was quickly erased with the release of the Blue album. The album took the band’s imprint of progressive metal and soaring melodies and brought the cacophony to a whole other, forward-thinking level.

The Blue album’s success with fans and critics alike came as quite the surprise to Baizley and the band:

“It surprised me in so far that we really just wrote a record for ourselves,” Baizley admits. “It was meant to be more personal and more exploratory for us. We wanted to do something that was challenging, you know, to perform and sink ourselves into and the lyrics are tough for me to deal with. So, I assumed it would be a challenge for our audience; I did not assume that everybody would receive it so well.” 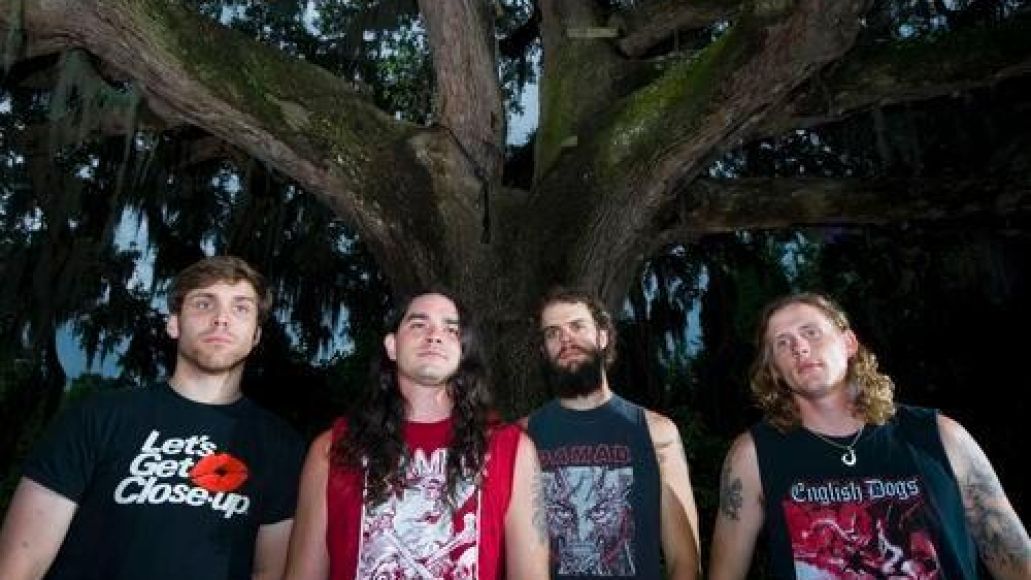 I asked him if it meant more because the album came from the heart, drawn up in a tumultuous time.

“Yeah,” he says carefully. “But more so than that, and I should add this, is that the audience response to the Blue album elevated it and became more intense, and that’s the real bread and butter of what we do. We don’t consider ourselves a studio band; we’re not trying to sell records– we’re trying to put these records out as a means to go on tour. For every journalist that wrote something glowing about us, I was more impressed by some new fan that we earned, someone that shared a story with me after a set.”

“As a child or a teenager, you have rose-tinted glasses on,” Baizley says, recalling his musical beginnings. “You’re invincible, you’ve got everlasting life, you don’t think about money – you only think about that initial lure of playing music. I never assumed or considered that this could be an option. But it just became one out of passionate necessity. I just kept playing music. I’m sure my parents thought it was a fad at one point, then it became an annoyance, and then it became a distraction from whatever was a more typical path to take. Then flash forward 15 years, and this is what I’m doing. It was never a conscious decision to take a leap or take a chance. It truly just happened. I played music with guys I grew up, all from the same town and essentially the same age and we just ended up here, in this room, talking to you. It’s crazy but in order to keep our humility, we just don’t think about things like that.” 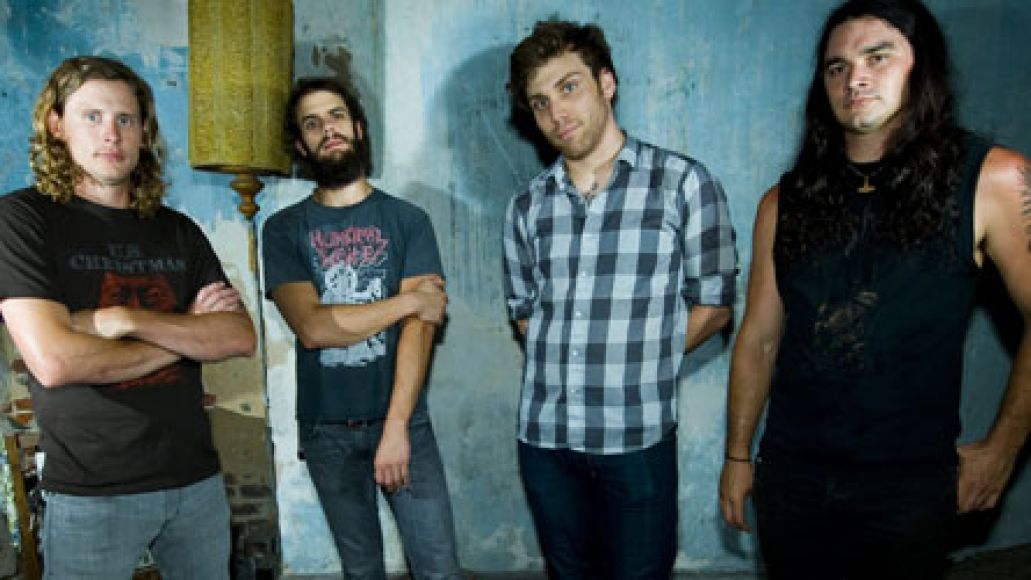 Baizley notes that, like many bands’ beginnings, it wasn’t easy at first, but youthful enthusiasm kept their spirits up and their ambitions high. They might have been playing for a few beers or enough gas money to get to the next show, but the struggle didn’t matter in the long run.

“It was fun. It was so fun that we didn’t understand how difficult it was. Looking back on it now, it would be tough to take a step back eight years in time – I wouldn’t want to live that lifestyle anymore. That was difficult. But only in retrospect. At the time it was exciting: ‘Damn, someone wants to see us play? That’s amazing’.”

That said, the band still finds touring to be as exciting as it was at the start.

“This is a childhood dream for us; it doesn’t get any more pure than what we do. It’s exciting. Nine or 10 years into this band and it’s still that exciting. I mean, even tonight in Spokane…we’ve already played three times here this year, in this club,  and it’s still exciting to come here. We truly, truly, truly love doing this.”

That’s quite the statement coming from a band who has been touring more or less nonstop since their inception, including a dozen festivals in North America and Europe this year alone, but there’s no question that they mean what they say. I ask him what his greatest moment while touring was, and he responds by saying that while you can find incredible moments every day on every tour, nothing beats the power of a captivated crowd.

“There’s something incredibly intense and powerful about the emotional atmospheric response that you get from a crowd that’s that big, like five to ten thousand people. That’s pretty incredible to communicate musically like that. It’s weird and it’s powerful, and I don’t claim to fully understand it yet.”

Another thing that Baizley has a hard time understanding is what it means to be touring Australia and New Zealand this fall with Metallica and Lamb of God, the former being an influential legend to him and the band over the years.

“That one’s a bit mind-blowing. I think I will understand how it makes me feel when it’s over because my brain can’t process that right now. When you are on tour with somebody who changed your life 15 years ago, whose music was such an important thing for you, it’s hard to grapple with that. It’s a very complex set of emotions that I feel.”

And when that tour is over, maybe then it will be time for their follow up to the Blue album to come out, a record that Baizley says will push the boundaries of what people have come to expect from Baroness.

It’s their boldness, though, not to mention their dedication, that has gotten the band to where they are today. 50 hours earlier they had left Savannah, Georgia, not on a 15-seat passenger van like they would have taken before, but on a shiny, new, custom-made tour bus which will be their home-away-from-home on all future North American tours.

“It should be that every step is forward,” Baizley says with regards to the way the band progresses, travel-wise or not. “I’ve taken great pains to make sure every step is warranted. You upgrade something when you need to, when we’ve actually done the time to earn it.”

Later, I went inside their new bus and admired the sleek, Ikea-like interior and spacious design. Glancing around at the band as they chatted about their recent road trip and showed me their utmost hospitality, I could see that Baroness was just as in awe of their new lifestyle as I was. They may have earned everything they’ve worked so hard for, but as the band teeters at the edge of stardom, they’re enjoying every moment for what it’s worth.