There is a reason Jamie Lidell’s shows are billed under his name and not as “Jamie Lidell and the Somethings.” While Lidell knows how to surround himself with phenomenal musicians — his most recent album, Compass, features the likes of Beck and Feist — he becomes a one-man powerhouse when he takes the stage. Lidell is one of the first acts to play Boston’s newest and oldest venue. The Royale, formerly the Roxy, was closed for years following a stabbing incident but has recently been reincarnated as a venue and nightclub. Reinvention would be a theme on this night, as Lidell and his amazing backing band reworked songs from Compass and older albums into a dynamic set.

Before Lidell took the stage, his band had already begun constructing a foundation for the show’s opener, “The Ring”. As soon as his photogenic, skullet-donning keyboardist began rocking a heavy vocoder, it was easy to tell that this live performance wasn’t going to be like listening to a louder version of Lidell’s records. Lidell’s drummer and auxiliary percussionist both stood by the main drum set — one playing a bluesy shuffle, while the other took the role of a human beatbox. The intro climaxed as a fuzzy bassline and guitar entered the musical fray. The beatboxer adopted the booming voice of a boxing announcer, riling up the audience and beckoning Lidell with a “HERE’S JAMIE!” Lidell, the New York-raised Englishman, grooved his way onto the stage sporting his shiny, white dancing shoes and didn’t stop dancing until he finished his performance.

Lidell’s more-than-impressive voice reinforced his reputation as a “soul-revivalist,” a label given to him by those who need to assign a genre tag to such an eclectic artist. He sang the lines of the songs, but he supplemented them with vocal runs and yelps and screams reminiscent of Little Richard. All of these were completely in tune and on pitch, something I expect from a live show — but not from someone who clearly had no in-ear monitors. Even when his performances on range-heavy songs such as “Greenlight” and “Enough’s Enough” established that he could get by on just his voice, Lidell’s non-stop dancing and calisthenics proved that he could also get by on sheer energy. 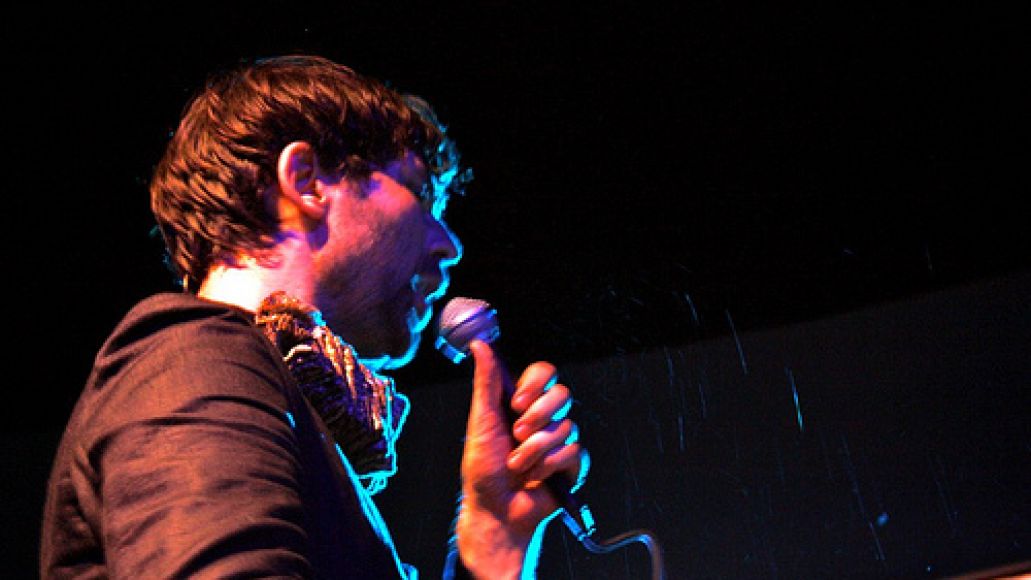 Halfway through the set, Lidell demonstrated his ability as a solo musician during what the setlist referred to as ”Solo”. Lidell hovered over his table of electronics. Microphone in his right hand, his left was armed with a keyboard, laptop, sampling pads, and looping devices. In an age of live performance in which looping is heavily used, it’s amazing to see something as extraordinary as Brian May looping his guitar in the seventies.  Lidell created a pastiche of beatboxing and noise and then looped them all on his first try, not using any vamp at all to create a wonderfully layered solo. This solo quoted songs such as “A Little Bit More” and employed techniques such as beatboxing, autotune, whammy pedal, and megaphone — a mix that would normally seem cacophonus but instead was a treat. It felt as if Lidell was performing with multiple clones of himself as bandmates. The crowd, made of many a Berklee student ready to appreciate a great musician, applauded for his solo but welcomed his teammates back onto the stage. 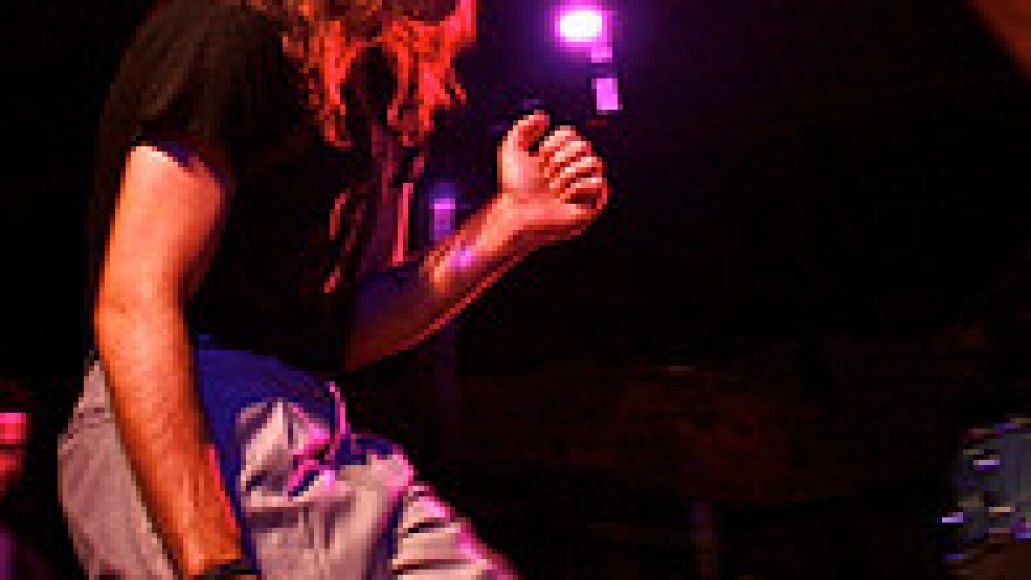 Lidell thanked his band constantly, but that wasn’t the only sign of a connection between him and his mates. Their synchronization on improvisational jams during songs was top notch. It was easy to see that Lidell jumping onto the keyboards while his keyboardist got up to dance was completely unrehearsed; they were just having fun. A clear highlight of the night was the performance of “I Wanna Be Your Telephone”, a Compass tune that the band jammed for a good 10 minutes on, stopping and starting as they pleased.

It was clear that Lidell had captured the hearts of the audience when he came to the end of “Another Day” and pushed the microphone into the crowd for a group singalong that began instantly. What made it special was the exponential growth in volume from the crowd, as those who were falling in love with Lidell that night began to catch onto the words and melody and started singing along, almost as if Lidell was giving a crash course in looping.

The three-song encore featured the slow, spiritual jam “Compass”, one of the more beautiful songs of the night. (Lidell sported a strange shoulder pad adornment to “add to the spirituality of the song.”)  “The only compass that I need/Is the one that leads me back to you,” sang Lidell, a sentiment that resonated with the audience before the show ended with crowd-pleasers “Multiply” and “Little Bit of Feel Good”. Lidell announced that he’d be hanging out after the show to sign and take pictures, and he stayed until the very last person shook his hand and snapped a photo. It makes the show that much better when the man who was just on stage pouring out his soul comes to sit at a table in sweatpants and a t-shirt to say hello to the people he had just cathartically danced and sung to. Even the grandmother of his band’s bassist asked my friend where Lidell was, and later we saw them meet and shake hands. “A little bit of feel good” goes a long way. 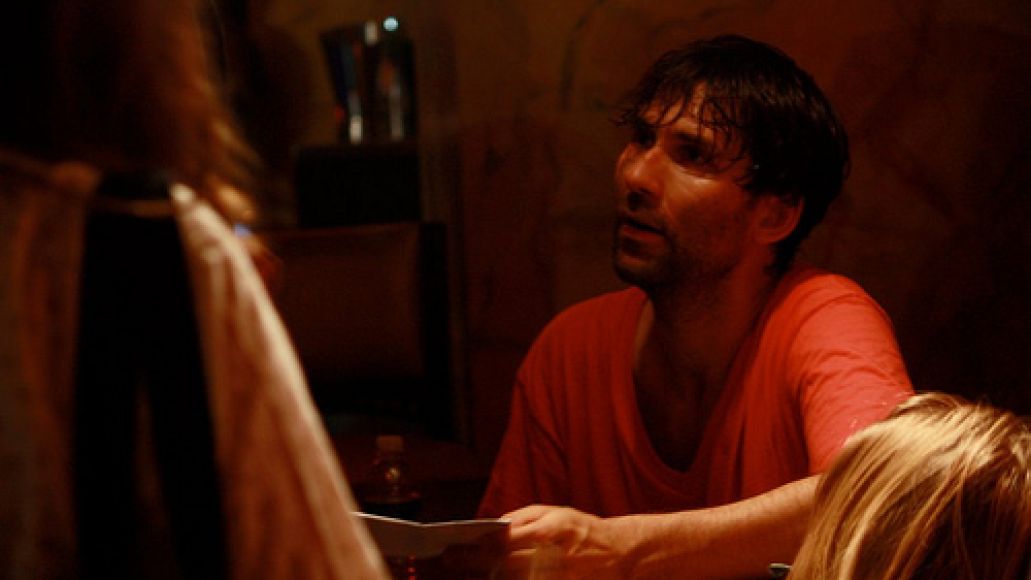 Setlist:
The Ring
Greenlight
Figured Me Out
Solo (Featuring “A Little Bit More” “The City”)
It’s a Kiss
What Is It This Time?
Enough’s Enough
I Wanna Be Your Telephone
Another Day
Your Sweet Boom
Rope of Sand
What’s the Use
Encore:
Compass
Multiply
Little Bit Of Feel Good