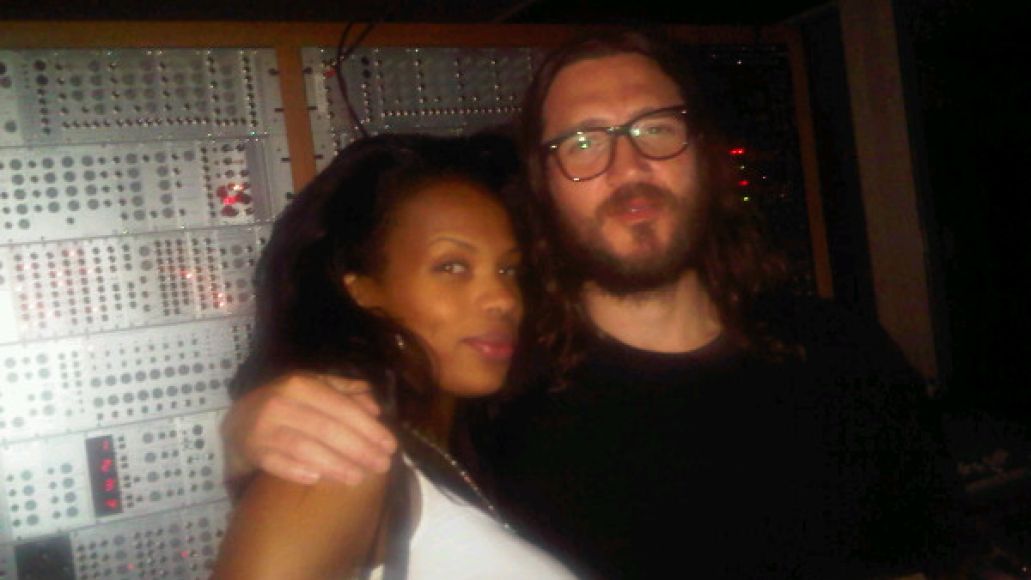 Wondering what ex-Red Hot Chili Pepper guitarist John Frusciante is up to these days? Well, in addition to a collaborative album with Omar Roriguez-Lopez of The Mars Volta and a David Bowie cover, the 40-year-old New York native appears to have teamed up with Wu-Tang leader RZA and songstress Shari Watson (aka Truth Hurts).

The news come from Watson’s Twitter account (via Invisible Movement), where she recounts how she stumbled on to Frusciante and RZA in the studio and then joined them after Frusciante’s complimented her on her voice. Watson didn’t elaborated on what they recorded, but did say to “stay tuned for the crazy collabo’s we doin together.”

Now, as a Google search illustrates, this is not the first time Frusciante and RZA have hit the studio together. In a 2009 interview with MTV, the rapper noted, “I go to [Frusciante’s] house a lot and make music with him… We just make music. I’ve made 100 songs this year, and probably nobody won’t hear them but us who made it. It feels good, yo. It feels good to do it with no strings attached.”

John Frusciante teams up with RZA and Truth Hurts