Concerts at Vancouver’s beloved outdoor venue Malkin Bowl are one of the best things about summer in the city, even if the rain does threaten most shows. By force of nature, though, or by the sheer power of The Flaming Lips, Sunday night’s season closer was miraculously precipitation free.

“Most bands who play here play far back in the stage to avoid the rain,” frontman Wayne Coyne told his legions of fans, many of whom were sporting prerequisite face paint and costumes. “Today, we wanted to be close to you. We wanted to take a chance. Sometimes you just have to take a chance.”

Taking chances is nothing new for this iconic band, whose critically applauded, psychedelic albums and infamously insane shows have pushed the genre of rock music. I’m glad I took a chance too; after hearing so much about their shows, I finally had to witness one for myself.

The Lips opened with another genre-bending artist, Ariel Pink’s Haunted Graffiti. I only caught the end of this band, but from what I heard, the sound was surprisingly loud for these chill wavers and fit in perfectly as the Lips’ “primer.”

Coyne primed the audience, too, before The Flaming Lips came out. Looking like a dapper gentleman in his fitted gray suit, he gave us “Lips Newbies” some warning about the show. The basics, you know, like that he’d be rolling in his giant “space bubble” across the audience and that the strobe lights might be too much for some people. I think that last warning was mainly for the people on drugs (which, considering it was Vancouver, was probably 80% of the audience). 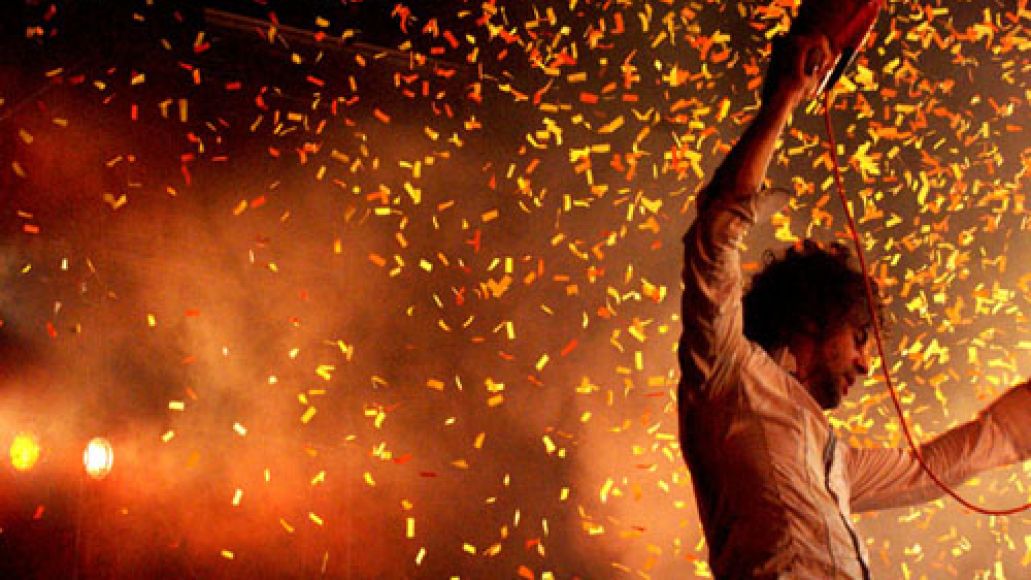 What he didn’t warn us about, though, was how ridiculously over-the-top the rest of the show was. Yes, he did get in his space bubble, graphically illustrated by the screen projection of a woman with her legs spread open, and he did take that bubble on a space walk across people’s joyous faces. And at one point, he was wearing a massive strobe light around his neck like a seizure-inducing necklace.

But no one prepared me for the giant hands that shot out green 3-D lasers, the orange-clad go-go dancers that flanked both sides of the stage, the cannons that pumped out obscene amounts of multi-colored confetti, the pump gun that Coyne used to shoot out strategic bursts of streamers, the dramatic use of the fog machine, the oodles of gigantic balloons that would bounce off your head every few seconds, the smoking megaphone, or the bear-riding. That’s right. He sang while mounted on top of a dancing man in a bear suit.

I almost forgot to mention the music, but that’s not because it plays second fiddle to the onstage circus. The music is its own performer, one that languishes in the background and sneaks up into your ears. I couldn’t even tell you what the setlist was, because the individual songs that we know and love take on a different form at a Lips show. 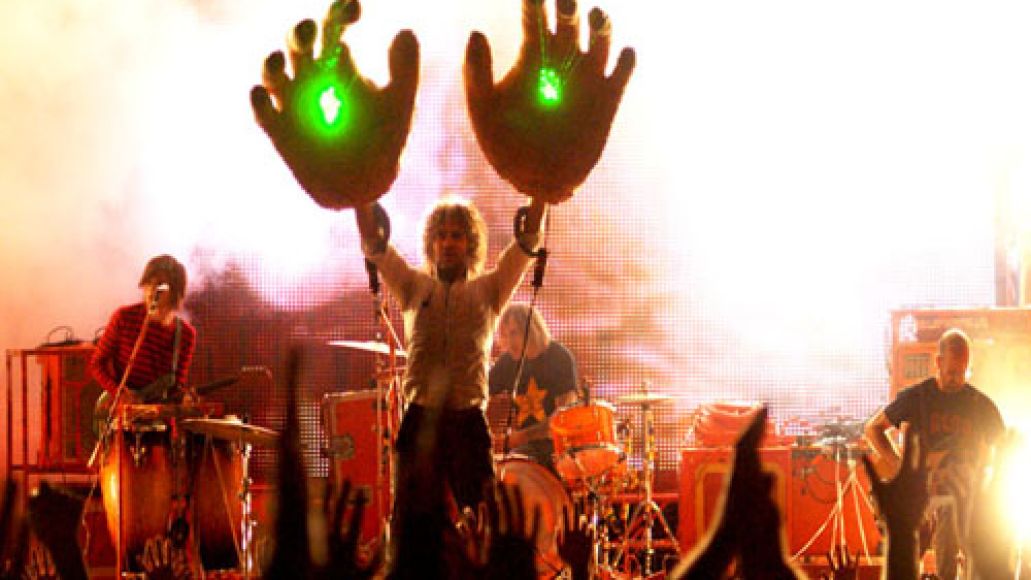 For the Lips, it’s not about the precision of songs, it’s about the music. It’s not about the flawlessness of the performance, it’s about the mood. It’s about taking their vast, varied encyclopedia of work and tweaking it to stimulate the senses and amplify the ambiance. Some critics may find fault with that, but I thought the live evolution of their music was beautiful. “She Don’t Use Jelly” became a long, jammy escapade that still had the audience singing along. “Yoshimi Battles the Pink Robots” was gorgeous in its sparse, acoustic form. And during the encore of “Do You Realize??”, we all really felt like we had the most beautiful face in the world. 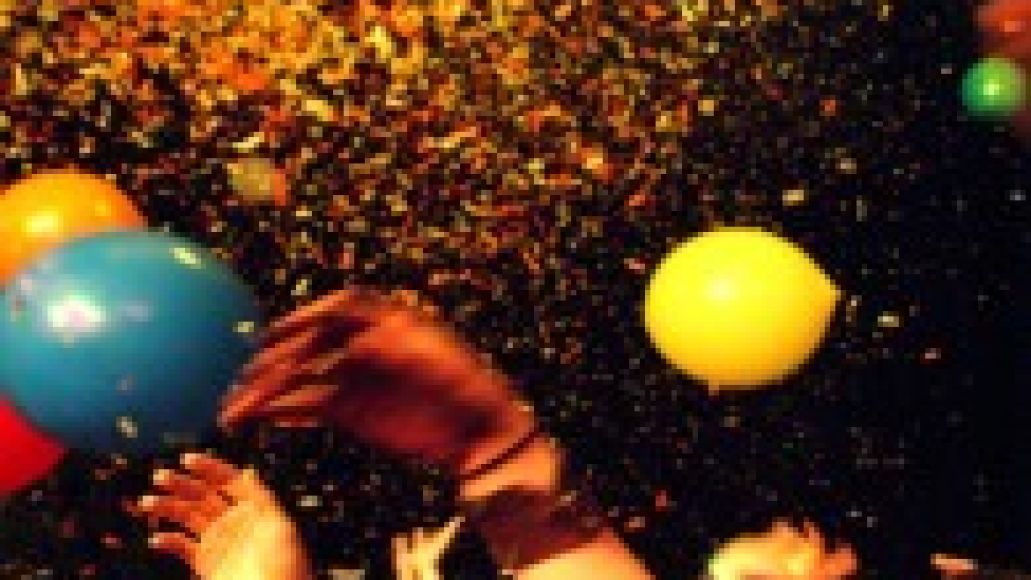 Coyne was a personable, humble presence who seemed to really care about the crowd. Like, really care. He wanted us all to sing along, to feel one with each other, and “give love” as demonstrated in the song “Break of Dawn”. He wanted us to embrace the “now,” and when the audience would shout out “I love you!” you really felt his “I love you all, too” reply. If that all sounds too hippie dippie for you, it all made sense in the moment. During the moody “Sagitarious Silver Announcement”, the lights went out, and Coyne encouraged us to imagine we were walking through a dark forest and to “forget being civilized.” (Given the fact that the venue is in a dark forest, none of us had to imagine very hard.) It was surreal.

Coyne extended his hospitality after the encore ended. A small crowd had stuck around the stage, mucking around in the mud and picking confetti out of their hair, hoping for one more encore. They didn’t get it, but they did get a concerned Coyne coming out to apologize for the lack of a second encore due to the 10 o’clock curfew in the park (“We don’t want to disturb the whales out there in the bay”) and telling us that he hoped he would see us all again next time.

Vancouver will be anxiously waiting.
——