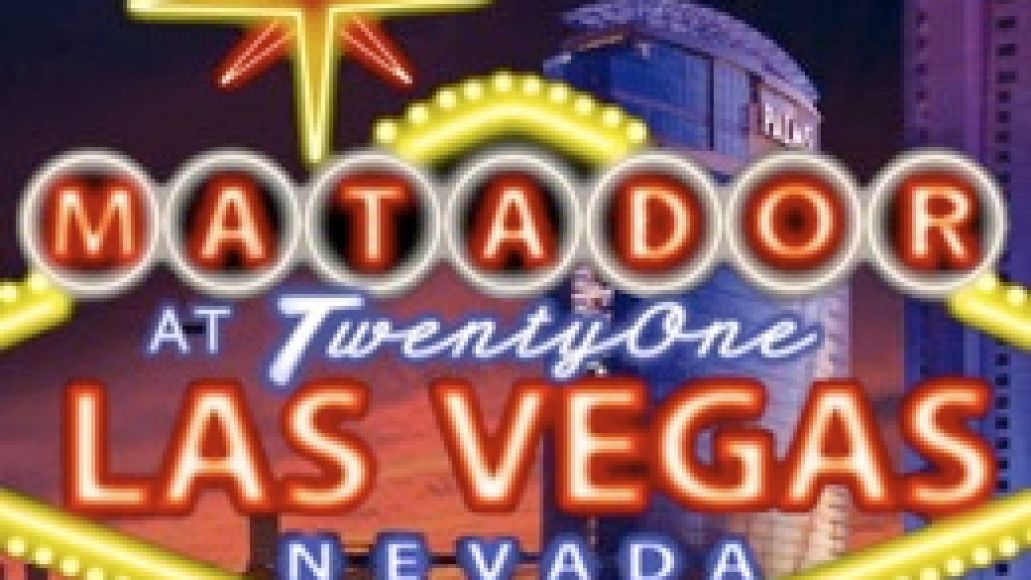 They say there are no windows in casinos so that gamblers lose track of the time spent at the countless card tables and slot machines in Las Vegas. The Palms Casino and Resort is no different, but attendees of Matador Records 21st anniversary party, simply dubbed Matador at 21, didn’t need change in light to see that time can be both cruel and redemptive. From the physical appearance of Robert Pollard, the successful national tour that Pavement was concluding, the ecstatic anticipation of the Guided By Voices reunion, and empty seats that younger bands like Girls and Shearwater played to, the reminders were all around us that both bands and fans get older, but the rock and roll heart is timeless.

Yeah, that’s cheesy, but true nonetheless. See, though the landmark independent label had reached it’s 21 year anniversary, the majority of fans in attendance were probably 21 when Matador Records started. Some, like me, drove from nearby cities of Los Angeles or Phoenix or Salt Lake City. But most seemed to have travelled much further, whether that be from the East Coast or from overseas. The price and difficulty of acquiring tickets weeded out much of the younger crowd, and though there were some people in their 20s <cough>, we were the minority.

What did that mean for the event? It meant that the crowd was excited but tame, knowledgeable but not competitive and drunk but not belligerent. There were no ambulances pulling passed out girls from the pit, no hydrating stations, and no smell of marijuana in the air. This last note was surely due to the fact that everyone could easily go to a hotel room to take care of their mind altering. Yes, only in Las Vegas could the marrying of venue with accommodations and a sprinkle of luxury and seediness have happened.

The most notably absent festival trademark was hippies. I didn’t see a single one! No, this was a festival made by and for Matadorks (not my term, a nice redhead said I could borrow it, though), and as every MC was made painfully aware, they only wanted to hear music and as much of it as possible.

A Lost Weekend in Vegas: CoS vs. Matador at 21