Punk music always sounds better on chilly nights; it’s just a fact. This was proven to great effect at Metro on 10/27, as now-classic punk rockers Bayside and some friends gave Chicago a little warmth on the eve of their 10th anniversary.

Balance and Composure opened, and they probably thought they weren’t going to have to deal with drunken hecklers during their six o’clock slot. Ha! But the band forged onward and formed a solid opening set for the night. Title Fight came next, and calling them an opener is misleading. I heard several kids on their way in say that they had in fact primarily come to see Title Fight. (“I’ve seen Bayside, like, one hundred times.”) A four-piece that barely looked old enough to drive themselves to the show, Title Fight nonetheless slayed the eardrums of many and provoked a massive response from the all-ages crowd. It’s nice to see kids pound their chests with a sense of purpose. The music was hard, fast, grungy, and somehow also heartfelt, but more angry than sad—definitely worth a listen. 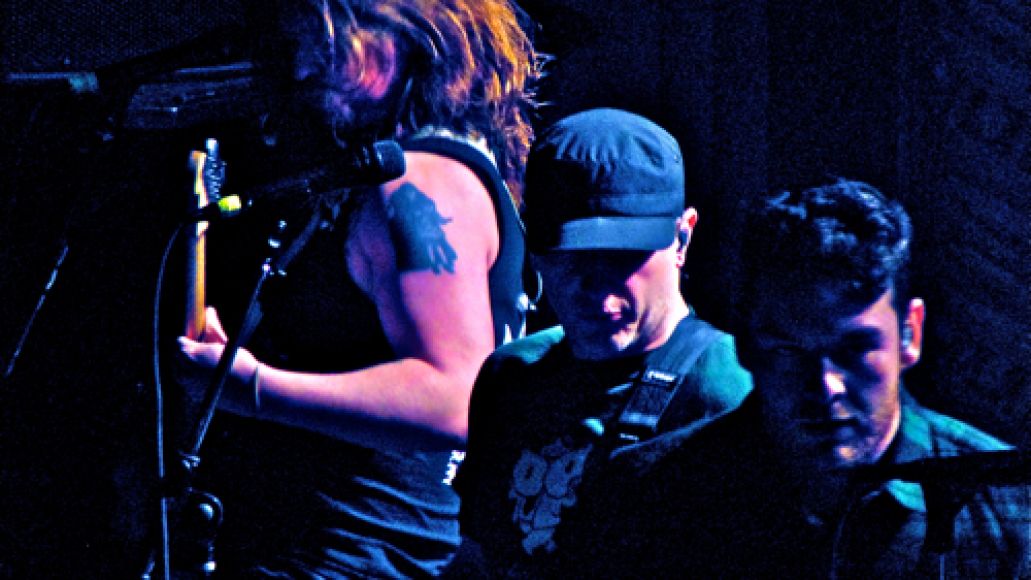 Senses Fail hit the deck next, after a garage sale’s worth of equipment was carted offstage, and if Title Fight warmed ‘em up, Senses Fail lit ‘em on fire. They burned through a set full of thrash-happy hardcore punk, music it feels good to get punched to. And yet the audience knew all the words, although the lyrics barely seemed to matter. Everything came out as a lot of hoarse, throaty shouting, but this was a big-hearted punk crowd, and they sang along with wild conviction even as they nearly dropped the crowd-surfers.

Every song was a crowd favorite. The band members ate it up, with Buddy Nielsen in particular bouncing off of amps and jackknifing through the air, eager to give the people what they wanted. Fast, thick guitar riffs and pounding drums were the order of the night. A particular highlight was the title track from the band’s new album, The Fire. The guitar turned more technical on this piece, but response stayed positive, with the audience figuring out the beats and improvising body flails to accompany them. In short, Senses Fail sounds like a mosh pit looks, and the audience was only too happy to provide the visuals.

Finally, Bayside took the stage after a long set change, punctuated by a crowd-surfer trying to fight four bouncers at once. (Security earned a well-deserved round of applause when they removed the kid in a headlock). The band entered to the theme music from Rocky and launched right into “Duality”. 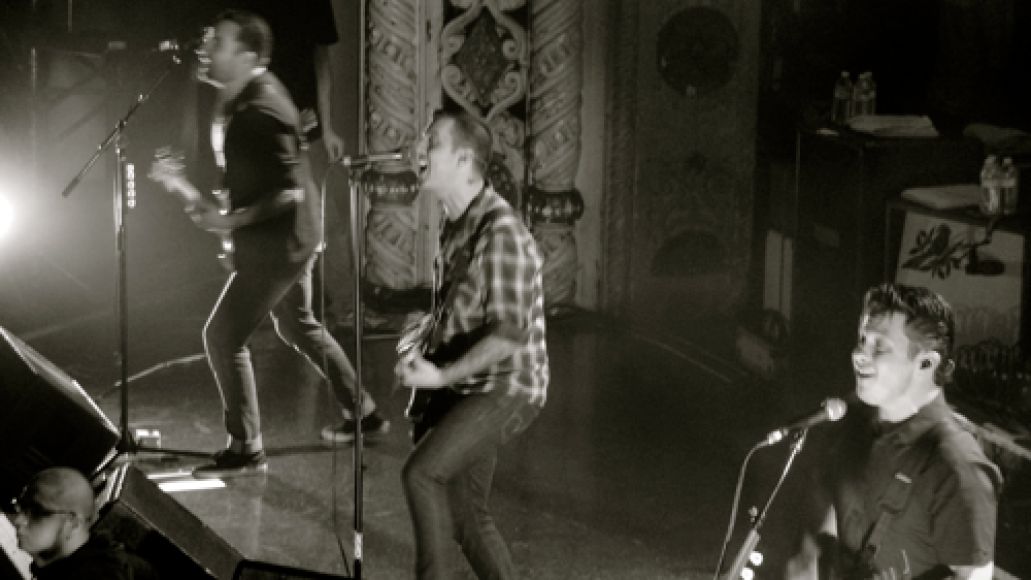 Here, we got a taste of what makes a band worth keeping around for 10 years. Bayside’s musicality runs deep. They’ve got the standard two guitars, bassist, and drummer, but they’ve also got Anthony Raneri’s amazing voice over top of it all—high and distinctive and yet deeply emotional. Raneri creates that uniquely raw edge that is so characteristic of Bayside’s sound, and he was in fine form. This was never more evident than when the band swung into quieter territory with “Landing Feet First”. The previously wild crowd swayed and sang along at the tops of their lungs, eyes glued on Raneri’s every move. The phrase “in the palm of his hand” comes to mind.

The crowd’s hero worship of Bayside was also clear when Raneri announced the release of their next album in February; the resultant scream was so loud that he was taken aback. “Well—thank you!” he enthused just before starting a major commotion by debuting a new song. The song, “Sick Sick Sick”, had never been played before in concert. It’s a lively piece that displays Raneri’s vocal range to its full extent. The crowd seemed to enjoy it and started to pick up the chorus lyrics as well.

Bayside capped things off with a run of classic songs: “Montauk”, “Blame it on Bad Luck”, and then an amazing, ripping cover of Weezer’s “My Name is Jonas” that lit up the room. They closed with “Devotion and Desire”, accompanied by an insane mosh pit. No encore was to be had, despite begging and later booing (directed at Metro employees who began to break down the stage), due to a late show coming on after, but frankly, it was a perfect set. It went fast and smooth, included new music and classics, kept the pace while varying the tempo, and ended on a high note. If they keep picking opening bands this well and retain their raw, powerful sound, we’ll still be happily seeing Bayside live 10 years from now.