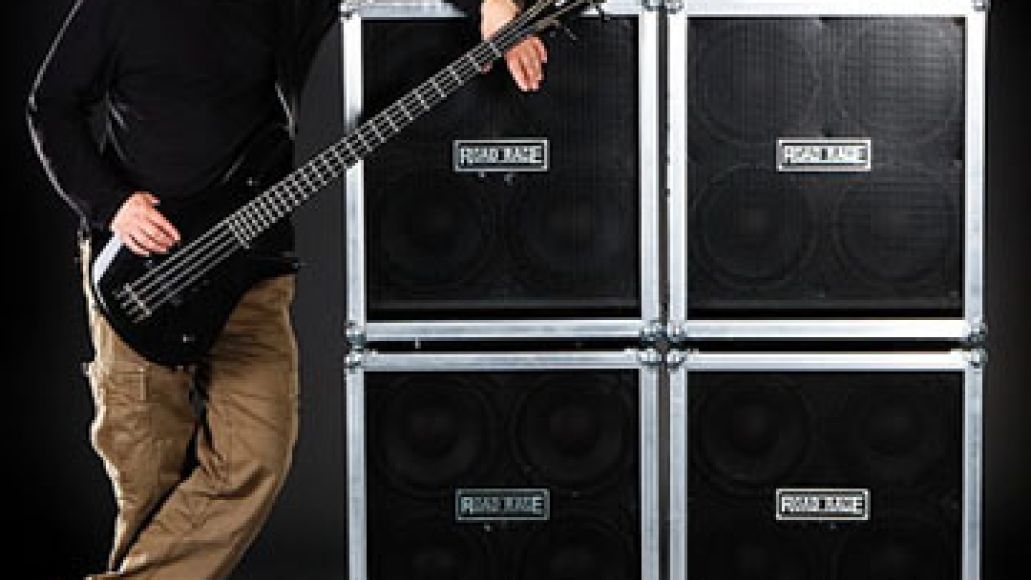 Amongst the fog-topped Victorian homes, numerous pipe shops with tie-dyed posters, and dog-toting street vagrants lies San Francisco’s infamous Haight Street, a counterculture breeding ground for new ideals, politics, and music. It seems fitting then that I am waiting in the neighborhood’s eclectic Magnolia Brewpub for my interview with Bill Gould, the bassist for one of America’s most colorful and intriguing bands Faith No More. The band is usually referred to as a “Nu Metal” band that predated the load of crap that came out in the later 90’s, but defining the genre of Faith No More isn’t that easy. It’s a metal band for sure, but add in some funk, jazz, alternative rock, easy listening, and everything else under the sun, and you get a band (and sound) that refuses to be pinned down.

The same can be said for Gould. Since starting the band in the 1980’s (then called Faith No Man), he’s seen it through various lineup changes with singers (Mike Morris was replaced briefly with Courtney Love, who was replaced with Chuck Mosley, who was replaced with Mike Patton) and guitarists (Jim Martin started a revolving door that ended with Jon Hudson picking up the reins), and he’s taken the band’s constantly evolving sound from its choppy, funk-based beginnings with We Care a Lot all the way through to the underrated variety show of Album of the Year. Though the band broke up in 1998 after AOTY, it didn’t stop Gould from flexing his musical muscles. He went on to form Koolarrow Records, taking on bands that otherwise would have had no chance of being released in the States, and occasionally played live shows with the likes of Jello Biafra and the Guantanamo School of Medicine and the German band Harmful.

Then, in 2009, the news that all Faith No More fans had been waiting all those years to hear hit the airwaves. Faith No More decided to reunite and do a low-key reunion tour, with little publicity to help them out. It was a gamble that managed to pay off, and the tour (which caps off in Chile this December) was a complete success. 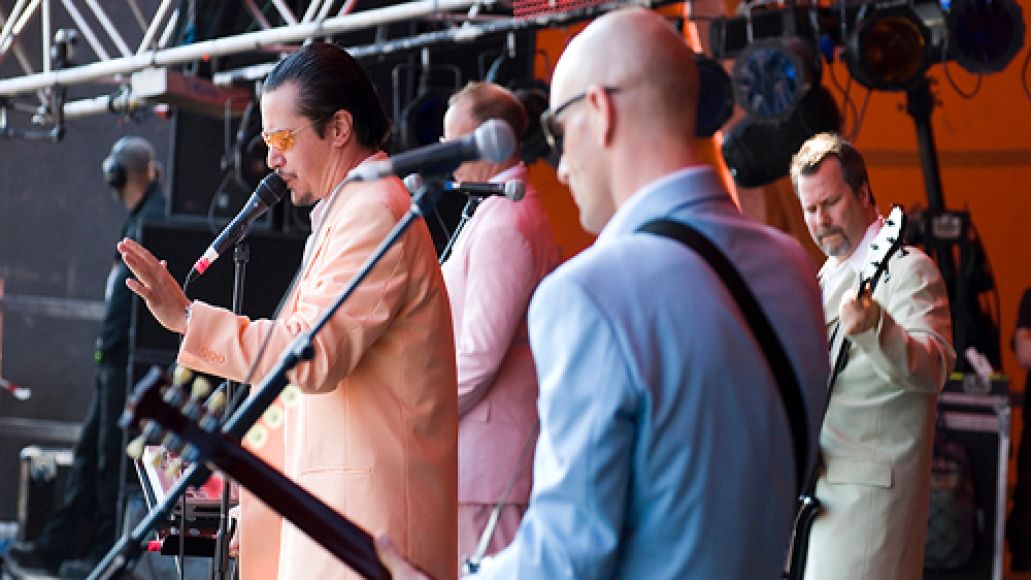 Sitting here drinking a few beers with Gould, I see a friendly-to-a-fault, accessible, and passionate artist – nothing at all like a rock diva or even the mastermind behind one of the world’s most perplexing bands. But perhaps that has a lot to do with the fact that it wasn’t always this easy for Faith No More. Back in their heyday after the extremely successful The Real Thing (which spawned that hit, “Epic”), the band slowly lost respect in the media, almost to the point where they were blacklisted.

“I tried to figure out why [we were blacklisted],” Gould says. “And it’s almost like we are willfully ignored. Those people have been around, and they know who we are.”

It didn’t help that their next album after The Real Thing was unlike anything the band had done before.

“I think Angel Dust is why they hated us here and we never recovered,” he says about their experimental album. “Somebody, somehow, decided we were this kind of band with The Real Thing. We told them that we weren’t what they were saying we were, and I think that they thought we weren’t reliable or they were personally offended, like we bit the hand that fed us. They never forgave us for that. But that’s the record that has lasted the longest. That was our Dark Side of the Moon. It still sells, it was a good record, and it stood up over time, but what we had to deal with, the abuse that we got, was pretty fucked up.”

If the media backlash sounds complex, there’s a good reason for that. The album is widely considered to be their best by their fans, and the band’s sales went platinum and gold in various places around the world…everywhere except in the States. It’s not that the USA doesn’t have a lot of rabid Faith No More fans, but their aesthetic appeal is far more apparent in countries like Chile where they become bodyguard-escorted rock gods. 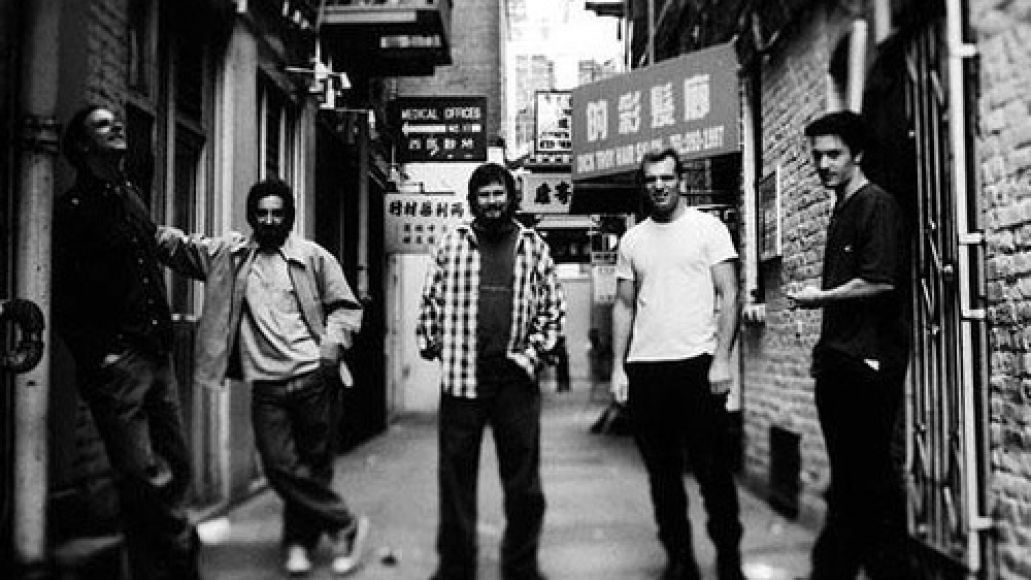 “I don’t know,” he laughs. “I don’t get it. I’m just really happy that people still care. I don’t care about this other stuff. If the American media likes us or not, who gives a shit?”

Not that the band ever made it particularly easy for the media to fully embrace them. Temperamental singer Mike Patton was known to push journalists’ buttons, whether it was extending live TV appearances by screaming his head off or generally fucking with interviewers’ heads. That’s what you get when you have a group that refused to conform.

But even the art of compromise wasn’t totally lost on the band. Their ex-guitarist Jim Martin was fired from the band after Angel Dust, when the complexity of growth and compromise started to hold the band back. Some purist fans pinpoint Martin’s departure for the reason why the band sold less records in the years to follow, but Gould considers everything after Angel Dust to be their best work and the most enjoyable to play.

The relationship between Martin and Faith No More seems a bit volatile to this day, but Gould holds no grudges against the eccentric guitarist, known for his reverse Mohawk and geeky glasses. 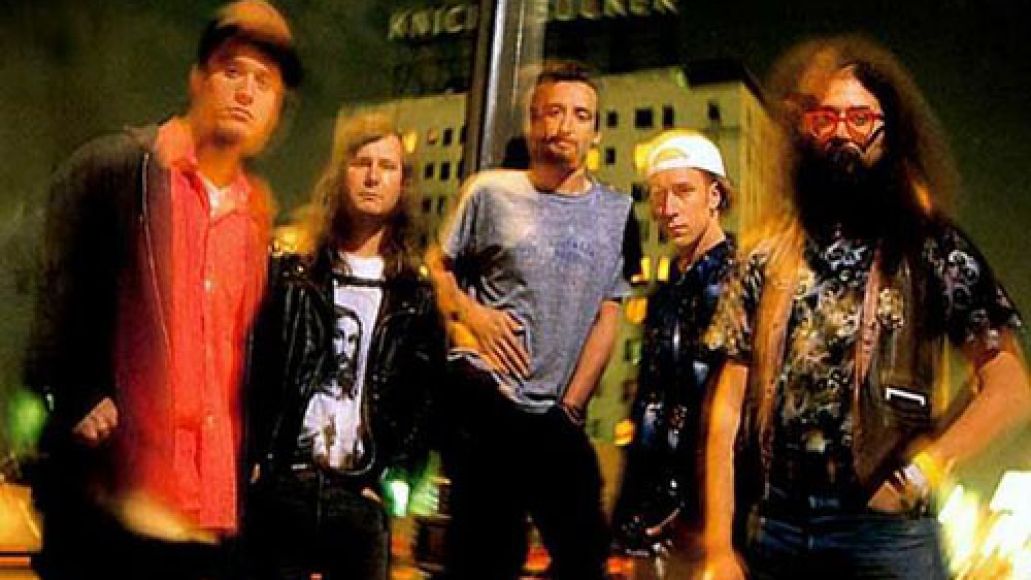 “Jim was a really interesting guy. Smart guy, but different. I don’t think he accepted our kind of lifestyle, if that’s the right word. His was more traditional…like a back to nature, rock and roll, truck driving, Ted Nugent-listening kind of guy. We were kind of a weird band anyway, but putting him in my band was kind of an experiment to see ‘what if we had this and we mixed that?’ and it worked. But the maintenance gets hard. After a couple of years, everyone wants to do something for themselves, and what he wanted to do for himself was more guitar, more guitar solos and things like that. There was nothing wrong with what he wanted to do, but it wasn’t what we wanted to do, and we couldn’t explain that to him. It also has to do a lot with us growing up. I mean, we were in our 20s…you get to a certain point where you have to communicate with other people. You either do or you don’t. Bands go through that. Everyone does, for whatever reason.”

Tensions in the band didn’t end with Martin, though. There were always rumors swirling about problems between Gould, Patton, drummer Mike “Puffy” Bordin, and keyboardist Roddy Bottum until the band announced its breakup in 1998. Because the band was breaking up while on tour for Album of The Year, I ask if the end of this tour (Faith No More recently announced their Chilean show would be their last) is any different from that.

“It’s a lot different,” he says. “I can only speak for myself, but what pisses me off about the last time was that I kind of had my reality thrust upon me. I didn’t get to take part in the decision making. Now, we are cool. I think it makes all the difference in the world. It might be the same conclusion but it’s different.”

He goes on to say that the reunion tour has only gotten better and better. With each festival or venue they hit, whether it’s in South America or Europe, their live act gets tighter, and the response from fans only intensifies. It helps that their shows remain one of the most unpredictable out there, with a manic Patton doing everything from rampant stage diving, to eating a shoelace on stage and regurgitating it back up, to doing a flip onto the drum kit and taking Puffy out.

“Even we don’t know what’s going to happen,” Gould says with a smile. “And that’s how we like it. I mean, Patton, he’s not young you know. He hurts himself…that kind of adrenaline, it’s really important to have that. You don’t feel it. That’s part of the fun. It’s a tribal thing, an animal thing. People need that. It can’t be all business, like oh go check out a band because they are ‘up and coming’, as if it’s like buying a stock.”

Not surprisingly, Gould thinks the whole conservativeness and control over live shows, such as lip-synching (ahem, Muse), is part of the problem with the music industry today.

“I feel sorry for this generation of kids because they don’t go out to shows and make them events where things can happen. The unpredictability and liability is really the thing, the spark… you know people wanted to see Jerry Lee Lewis, it was a bit of a wild thing, and it’s become very, very controlled now.”

He notes that one of the main issues with the state of music today is the absence of appreciation for where most music comes from and the lack of authenticity with these factory-produced bands and Auto-Tune instant pop stars that seem to sprout up every season.

“When I was a kid, we knew a lot about the older bands. And now there’s not so much of a historical continuum. It’s very focused on the present. There isn’t much of a tie-in with the past. I mean, I have a personal problem with that because culture is not politics, it’s the thing that make things better in life, and if you lose the thread of that, it’s kind of schizophrenic, and it reflects in a lot of other things in life. There is a certain thing now, this formula, that’s a turn-off.” 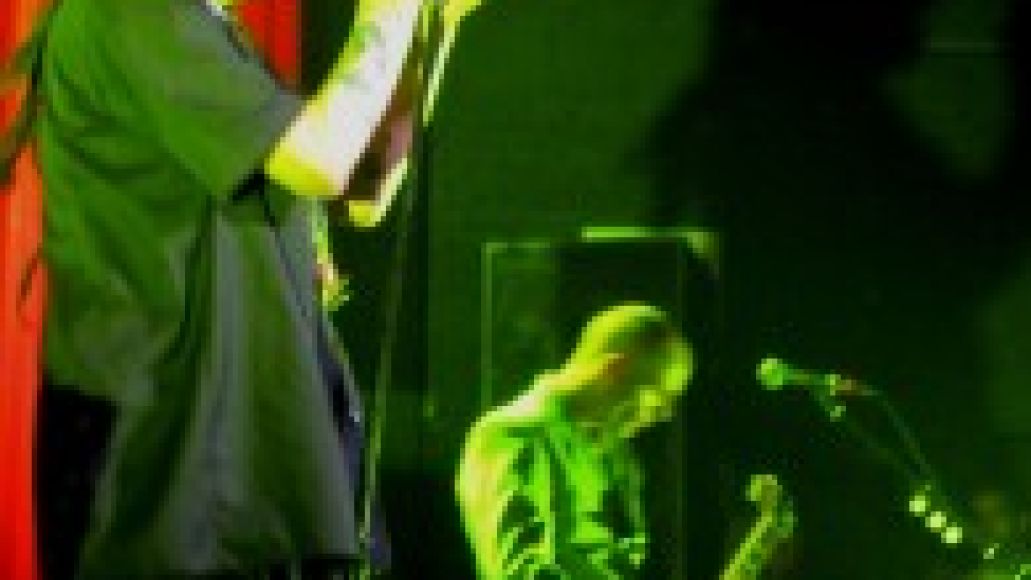 A formula is the last thing that Gould would follow. When Faith No More decided to commit to a reunion tour, they shunned the usual publicity machine and marketing mouthpiece and handled the reunion on their own terms. According to Gould, it was the smartest thing they could have done. Without the media latching onto interviews and finding ways to exploit their weaknesses, they were able to remain in control and be responsible for everything themselves. There was a total underground vibe, which was illustrated by having Chuck Mosley appear on stage with them during the last of their shows at San Francisco’s Warfield Theatre back in April. Instead of milking the historic appearance for publicity, Mosley became a novel surprise among the fans there that night.

“(Having Chuck there) was weird,” he laughs. “Funny. Great. Soundcheck was great, we were laughing, he was just so out there. I grew up with him, way before FNM. He was like an older brother to me, and he saved me from listening to a lot of bad music. And when we got rid of Chuck, we were probably at the most opposite ends of the spectrum. So it was really great to come back as friends. And the music is a lot different with him in it, I really like it. It’s more simple, a little darker, a bit goth in a way. We were trying to get Jim to do it too but he didn’t want to do it. He thought about it for a couple of days and came back with a real big ‘No!’ Jim was all business, and sometimes the business isn’t the point.”