Though there seems to be a plethora of bands coming out of Quebec, most of them derive from the cultural hub of Montreal. But the overlooked town of Sherbrooke has a pretty, little secret with a strange little name: Jake and the Leprechauns. This six-piece indie folk band (with a name stemming from an inside joke) has been playing the Canadian music scene for the last few years now and is getting some due respect for their most recent studio album, At Midnight, The Birdsong.

Singer (and jack of all trades) C-Antoine Gosselin and guitarist Philippe Custeau became friends 15 years ago, bonding over their similar tastes in music. Custeau’s education would soon take him to Iowa to complete a doctorate degree, but their bond continued via letters filled with song ideas. By the time Custeau moved back to Canada, they formed a band and dove headfirst into the music scene.

Of course, the music scene is a fickle beast no matter what country you’re in, and Jake and the Leprechauns did whatever they could to find recognition for their eclectic sound. Luckily, they found support via the media.

“It’s always a challenge to get your music heard outside of your immediate surroundings,” admits Custeau.  “But we’ve been quite lucky to have found a great distributor like FAB and to have been blessed with such amazing reviews from all over the world for all of our albums.”

Their first two albums, 2006’s self-titled debut and 2008’s A Long Dash, garnered admiration for their raw songwriting and prolific guests, including artists from Wilco and The Barenaked Ladies. 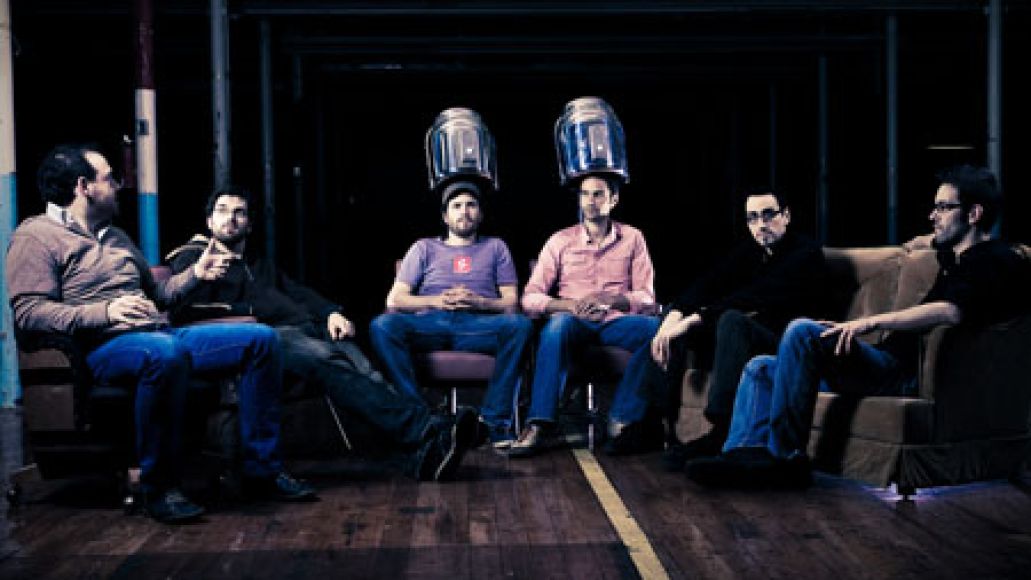 Their latest album, At Midnight, The Birdsong, features some of the same high-profile guests (Jim Guthrie) and sharper recording done by Mark Lawson, who worked with Arcade Fire. The album is both a swooning saga and a melodic hodgepodge of various music styles. Sure, indie folk would be a generic way to describe them, but there are layers of bluegrass, country, soul, and rock found in each song. The lyrics are a realistic slice of poetry, beautiful but painfully aware of the life around us.

“The Year in Review” is full of poetic longing, with a guitar that ebbs and flows with the emotional voices of Gosselin and Canadian singer Angela Desveaux. “Busy Bee” is decidedly more folksy with its cutesy lyrics and horn section, but Gosselin’s vocal work and the grounding bass prevent it from being too saccharine. And I hate to draw comparisons, but “Tangiers” sounds like a worthy download for any Arcade Fire fan. It’s not the same, but there is enough intricate songwriting and larger-than-life crescendos to please any indie lover’s ears. It’s a love song between the parted but with the cynical hindsight of the times.

Understandably, the band is influenced by a wide range of subjects and sounds.

“C-Antoine and I are both avid music listeners,” says Custeau. “We never set off to record an album that is going to sound like something in particular (other than ourselves), but I am always listening to albums, old and new, and I often get production ideas that way. I may not especially like a record but will fall in love with the drum sound or a specific way to use or record an instrument or something.”

Interestingly, while the band features a lot of different instruments and strange recordings (they have someone credited as playing pots and pans and the saw), there is a certain relaxing simplicity that comes across in the album.

“Musically, I still think that some of the best-sounding albums that were ever made are those that feel very natural and not overproduced. Old Neil Young and Flying Burrito Brothers’ albums, for instance. Lullaby for the Working Class, a defunct band from Nebraska, has always been a great influence for us as well.”

Whatever their influences, these boys certainly have a sound all their own. If you wanted to be Canadian about it, you could say Jake and the Leprechauns are a blend of The Tragically Hip with a heaping of Dan Mangan and a dash of Blue Rodeo (whose drummer, Bob Egan, plays the pedal steel on At Midnight). If you wanted to be international about it, you could say it’s just well-written, cohesive folk rock with a heap of honesty. Either way, it’s good stuff, and it seems there’s nothing but bright days ahead for these Leprechauns.

Says Custeau,“We just signed a distribution deal with Darla Records for the US and Asia and are thrilled about that. We’re hoping to be able to tour some more and get the chance to play shows in front of people who’ve never seen us live. And we have a really big project in the works for our next album that is going to feature very big names, but that’s all we can say about it for now!”

Talk about a pot of gold at the end of the rainbow. (Sorry, I had to throw a leprechaun joke in there.)

Listen: Jake and the Leprechauns