For fans who have been waiting six long years for the return of rock’s most gracious circle of musicians, the time has finally come; the wait is finally over, but was it all worth it? A Perfect Circle took the stage Monday night to perform the first show in a three night residency at the Avalon in Hollywood. These series of shows spanned the band’s catalog in five different cities around the United States, with one album on each night. Mer de Noms kicked off the small Los Angeles stint.

Upon entrance into the general admissions pit, the backdrop was immediately visible, giving the eagerly waiting fans a taste of what was to be experienced that night. The background was very simple; it consisted of one large fractal image in the center of a canvas surrounded by the many runes that signified Mer de Noms. The stage had three large platforms in the background while in the foreground a bass and guitar rig stood.

As soon as the lights dimmed, the crowd grew ecstatic. A series of comfortable colors swept the entire stage, illuminating the group in just the perfect manner. To ABBA’s “Dancing Queen”, Maynard took the left platform, James Iha took the center platform, and drummer Josh Freese took the platform furthest right. Newly recruited bassist, Matt McJunkins, took the left side of the stage while Billy Howerdel was given a large amount of room to fully conduct his beautiful songs. Once positioned, the group began to power through their first album. 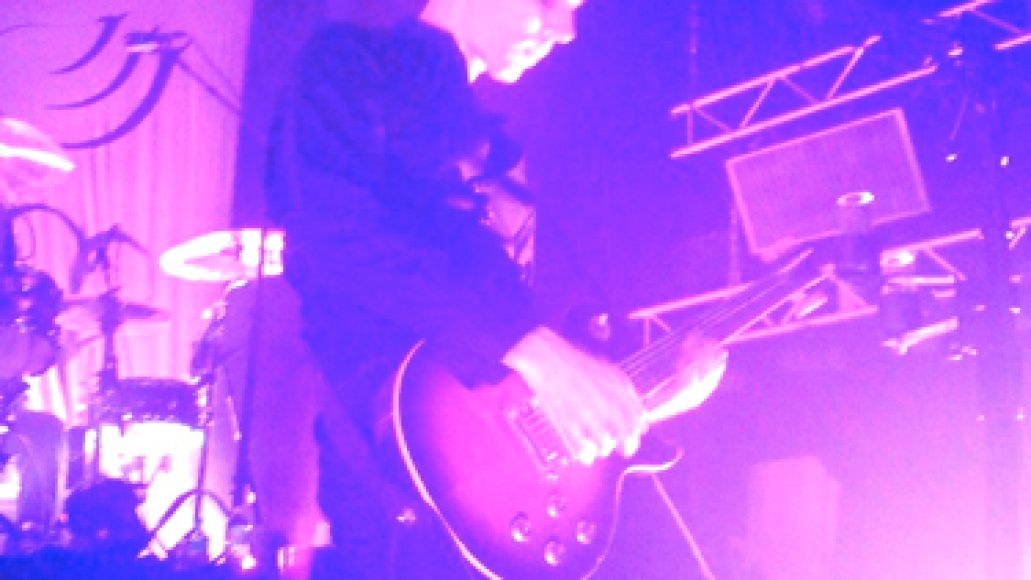 Soon after Maynard vocalized himself, a massive sing along ensued. Everyone in the crowd, whether they knew the lyrics or not, began to sing along. But oddly enough, a strange sense of uncertainty befell everybody, and the fans and band members appeared floored by the scen. Howerdel and crew became very stiff, as if they were uncomfortable in the renewed awareness of the fans and the music that is and was A Perfect Circle.

At times, Maynard, being Maynard, would sing an octave lower or skip parts entirely, leaving the listeners wanting the surreal and haunting vocals we all first encountered 12 years back. When watching a group that hasn’t been active for almost a decade, nostalgia can be a powerful thing. It allows desire to become a major part of the viewing experience. People wanted a unique show, something of substance to prove that they had all been waiting a long time for Monday night to finally happen. Whether they got it or not, I guess, is left up to each individual.

Dont misunderstand me when I criticize, I’ve been a huge fan of everything these guys have done for quite some time. The show was good. It gave me a chance to relive some old memories and I’m sure the same went for other people. But you have to ask yourself: Was it as good as it was in the past when they opened for Nine Inch Nails? When they toured Thirteenth Step? No. It wasn’t. And I understand that it was the beginning of the tour, but the fans came out to witness something special. If that makes me an asshole, then go ahead and consider me one. The instruments were mixed poorly, allowing the bass to spike up randomly, and the guitar to fall by the wayside. Maynard could barely be heard amongst all the ups and downs, leaving the wants and needs of fans unsatisfied. I’m sure many others, after all was said and done, were quite disappointed as well. 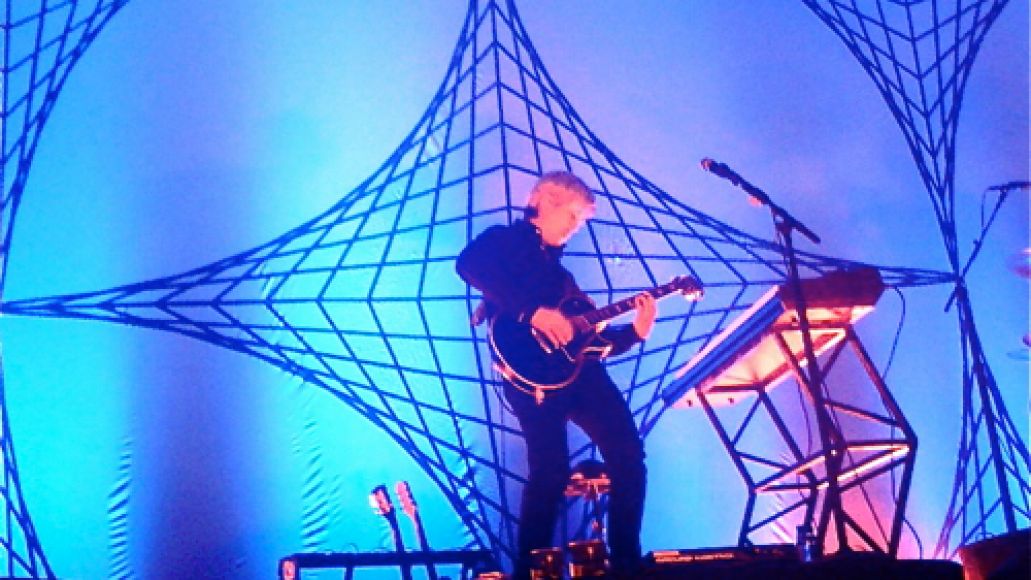 So, in the end, the concert was good for what it was, a retelling of a modern classic. And Mer de Noms sure is a modern classic. The show lasted for little more than an hour with very few changes made to the basic material. A superb version of Bowie’s “Ashes to Ashes” was covered with Troy Van Leeuwen, the original rhythm guitarist for the group and current guitarist for Queens of the Stone Age, and “Imagine” was played for all the people not attending the third night’s rendition of Emotive. A jam was jammed during “Renholder”, jokes were told by Iha, and Maynard counted how many times the band mates screwed up throughout the night. A Perfect Circle were hardly the band I remembered from the good old days, leaving me to think that the good ole’ days have passed us by.

So, how do fans, as true fans, interpret what was experienced on Monday night? Should they stop taking A Perfect Circle seriously? Are the band members themselves not taking it seriously? What happened to the seriousness of it all, the true creative emotion behind the eyes? For Monday night’s show, it all seemed to be almost nonexistent.