“I tried to explain to my friends who I was going to see, but nobody knew who he was,” said the woman in front of me as we lined up to get into the Vogue Theatre on Monday for Ryuichi Sakamoto‘s sold-out concert. The sentiment was mutual, it seemed. As people passed by us on the street, they all craned their necks at the marquee to see what artist was prompting hundreds of people to line-up outside in the pouring rain. You could see see it in their faces, “Ryuichi Sakamoto? Who the hell is that?”

I can’t say I blame them. I myself didn’t know who he was until a few weeks ago, which then prompted me to bury myself in mounds of research about the Japanese musician. It turns out that Sakamoto is many, many things including an Academy Award-winning composer for his score on Bernardo Bertolucci’s The Last Emperor, the force behind the synthpop band Yellow Magic Orchestra, an accomplished piano soloist, a collaborator with such diverse artists as Brian Wilson, Iggy Pop and Aman Tobin, and a record producer for his Commons label, to name just a few aspects about this eclectic man.

This current tour has Sakamoto working off his latest release, Playing the Piano, coupled with his 2008 Japanese-only album, Out of Noise. The straightforward, classical tracks of …Piano are a striking contrast to the avant garde, John Zorn-ish experiment of Noise, yet both albums make a compelling match. Adding to the mix is Sakamoto’s commitment to the environment. He takes part in eco-conscious touring to offset all emissions caused by his tour and in the past has used “green” electricity to power his shows.

The live introduction to Sakamoto was nothing if not dramatic. As the Vogue Theatre turned pitch black with only a faded gray screen for light, Sakamoto came out as a ghostly silhouette and stood above the strings of his piano, pulling and plucking with unnatural cadence. Occasionally he would hit a chilly key, or would loop back the sounds on top of each other, all while the screen in the background showed blurry, dulled images of whitish, sensual shapes that would fade in and out of focus. The effect was mesmerizing, almost hypnotic to the point where I had no idea how much time had actually passed. Slowly, the noise petered out into the sound of glacial drippings while the voice of a Greenlandic woman soared above our heads, speaking about the effects of climate change in her country. Combined with the haunting ambient and electronic sounds, this eco push came off as earnest and not at all preachy. 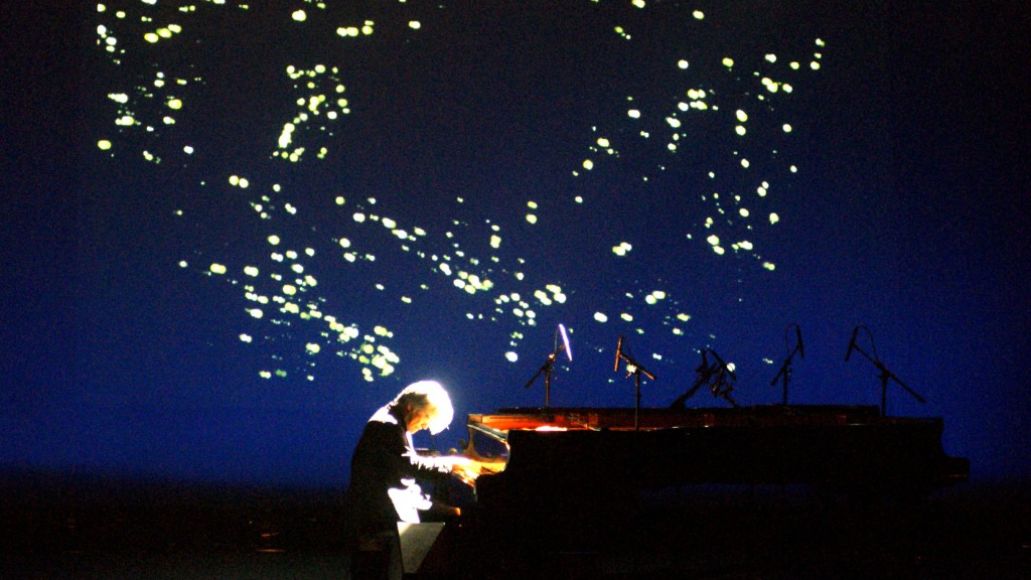 The next couple of songs were more your standard, classical piano tunes. He didn’t have an orchestra, so he had to rely on the sheer talent of his fingers and the occasional loops of backing tracks to hold the audience’s attention. Maybe it’s the “noise” lover in me, but I personally found the more experimental songs to be the most enthralling. There is something very poetic in finding beauty in sounds and Sakamoto achieved this easily without any pretension at all. As a whole, the performance improved as the night went on and he saved his more boisterous and complicated songs for last.

One of the most interesting aspects of the show was how quiet it was during his songs. You could literally hear every chair squeak, every beep from someone’s watch, every stifled cough. When he was done playing, he would lift his hands up to signify that he was finished and then the audience would erupt into applause, along with a few coughing fits that people were finally letting loose. As I was photographing the show, it made sense that we were only allowed to take photos from the very back and during the last three songs of the encore, as to cut down on the distraction as much as possible. 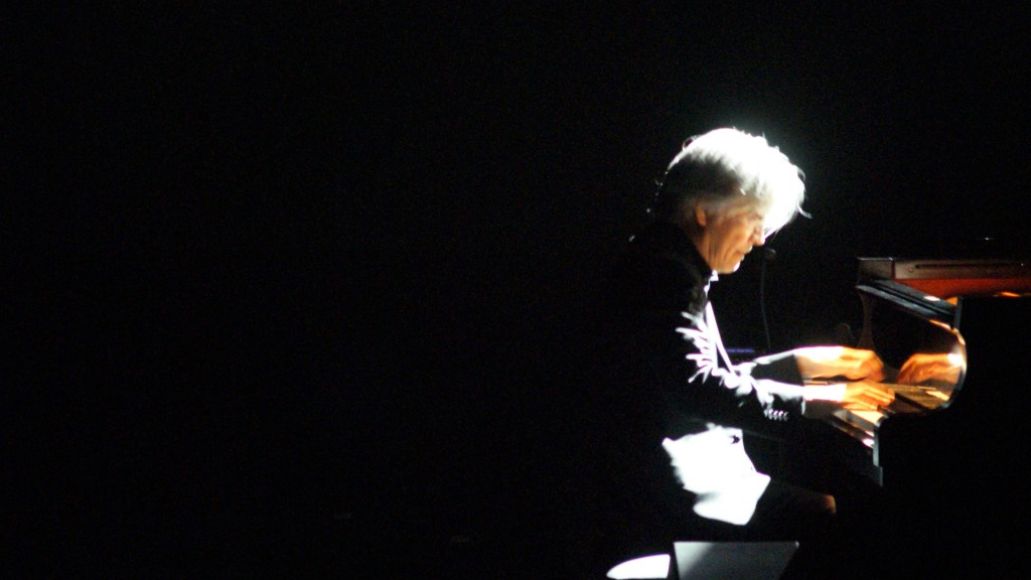 However, that did not stop some angry slob from turning around in his seat near the end and grabbing my lens with his hands, threatening me to stop taking pictures with my “noisy” camera. This guy was a stark contrast to the well-dressed, polite, and mostly Japanese crowd. Sakamoto’s beautiful performance had everyone else spellbound, but I guess the emotional power of music affects everyone in different ways.

A Spellbinding Night for Ryuichi Sakamoto in Vancouver (11/1)