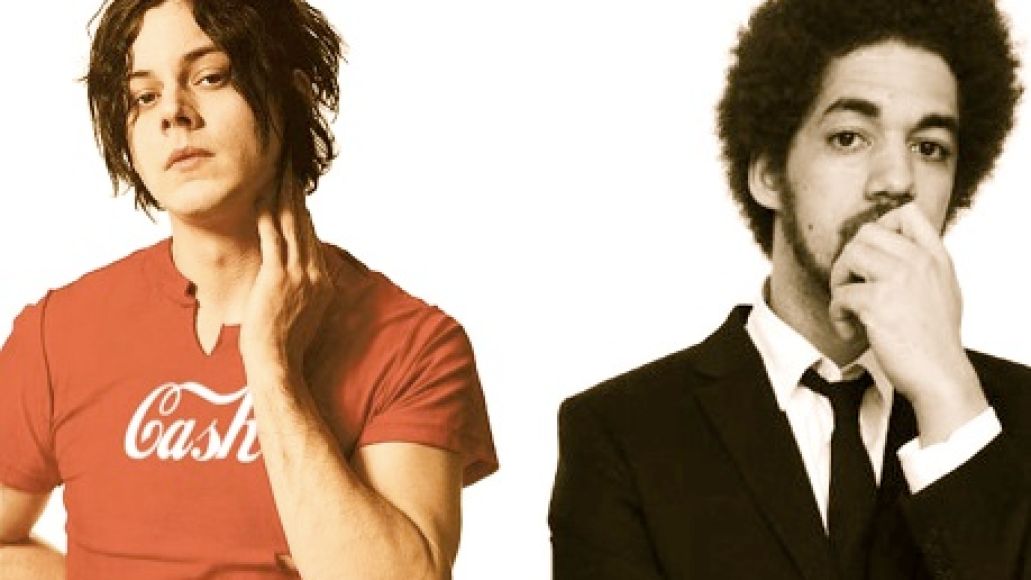 As he’s proven time and time again, Brian Burton — aka super producer Danger Mouse — has the capacity to handle multiple mega projects at once. So even though he’s currently producing U2’s next studio album, that hasn’t stopped the New York native from collaborating with Italian composer Daniele Luppi on a new project called Rome. Spoiler: Jack White is a featured contributor.

Speaking of their collaboration in an interview with The Guardian, Burton and Luppi revealed that the project — which was inspired by 1960’s Italian spaghetti western soundtracks — has been in the works for nearly five years. It was recorded during three separate sessions in Rome, with the two men incorporating not just vintage instruments (upright bass) but also some of the musicians behind those aforementioned soundtracks.

Oh yeah, and then there’s that part about Jack White.

Explained Danger Mouse: “For the lead vocalists, I definitely wanted a man and a woman. The female vocal needed to be soft, not polarizing. But the male needed to have a bit more angst to it. I played some of the music for Jack White when I was on tour shortly after doing the first session, just to show him what I was doing, because at the time everyone thought I was just a hip-hop guy, or whatever. He liked it, but at the time I wasn’t even thinking of using him – you know, it’s Jack White. But in the end, I thought, he’s really into it – why not? We all understood that if it didn’t work, it didn’t work. But he tried it in different voices – a high voice, a low voice, and I thought, why don’t we leave them all in? And it sounded great. There’s a bunch of his vocals on “Rose With the Broken Neck”, and it doesn’t always sound like him – sometimes you’re like, is that Jack or not?” The Guardian reports that Norah Jones will also be featured.

Danger Mouse then added that the end result reflects “love, death, happiness – the visceral connection of man and women.” He went on to say, “It’s a dark vibe, melancholic, a little foggy… I get a lot of offers to do film soundtracks and I’ve never said yes, because no one has heard this yet, and I think some people still think of me as a hip-hop producer. But this is what I would actually do, if I were to make a soundtrack. I’m really happy it’s out.”

An exact release date for the project is still forthcoming, but we’ll let you know. In the meantime, be sure to catch one of the album’s collaborators — Mr. Jack White — on Conan later tonight.