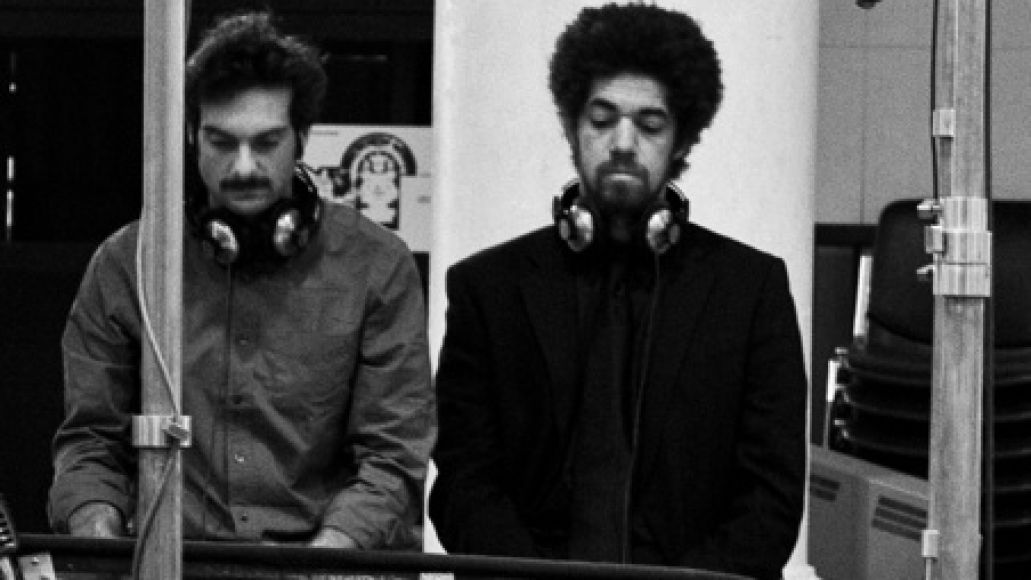 Earlier this week we mentioned Rome, the latest project from super producer Danger Mouse and Italian composer Daniele Luppi. If you don’t know what I’m talking about and/or don’t feel like clicking that link, here’s the Cliff Notes version: the two aforementioned gentlemen teamed up to create an album inspired by Italian spaghetti western soundtracks, with Jack White and Norah Jones being the featured vocalists. Anyhow, a few hours ago, Danger Mouse and Luppi hit NPR’s All Songs Considered to preview their project and courtesy of Some Kind of Awesome, you can stream snippets of the album tracks played during the appearance below. The clip is only four minutes in length, but you’ll be able to hear both White and Jones and, yes, it’s pretty great.