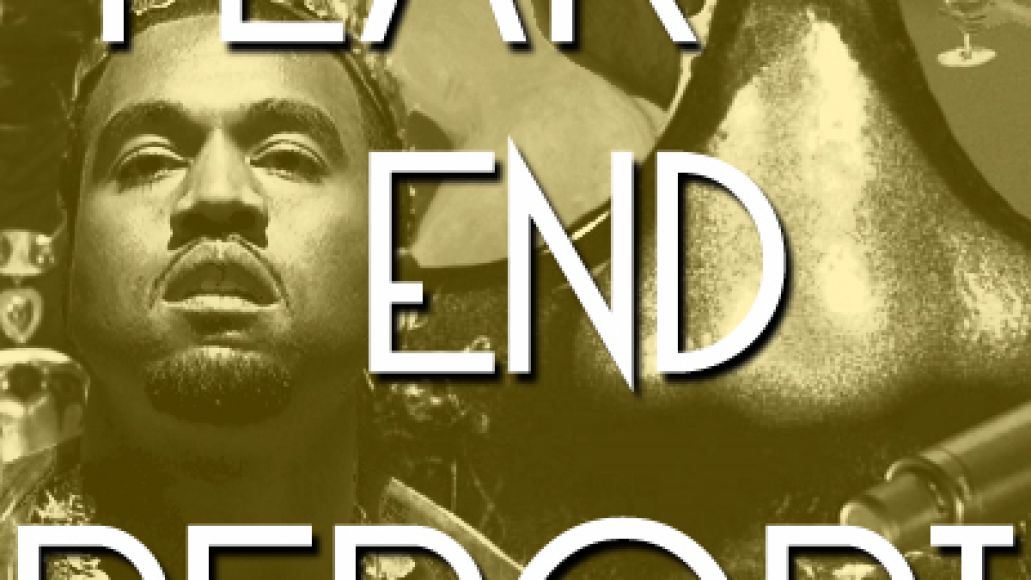 On July 28, 2010 — a date which will live in infamy — Kanye West joined Twitter. At approximately 1 p.m. ET on that day, the rapper who was formerly quoted as saying “Everything that Twitter offers, I need less of,” delivered his first tweet. “Up early in the morning taking in the Silicone Valley,” West wrote, and while the immediate reaction had more to do with West’s spelling fail, five months later, those 58 characters can better be classified as the first 58 characters used in the most genius promotional campaign behind a new album ever. From that day forward, the 33-year-old rapper had us by a string.

Few men have the capacity of going from the most despised to the most celebrated, but that’s just what Kanye West has done in the matter of one calendar year. To be fair, the Taylor Swift incident was probably the best thing that ever happened to him, and conspiracy theorists could probably even come up with a sound argument about how West knew what he was doing the entire time. Yes, he was a public outcast, even an asshole, according to people like President Barack Obama. The Chicago MC even later admitted that he contemplated suicide in the weeks that followed. Ultimately, though, West chose the route of seclusion, moving to Japan and then Milan, where he rediscovered and then re-imagined himself. By spring 2010, Kanye West had moved to Honolulu, where he took shelter in a mansion/studio to begin work on his fifth full length effort. Fellow MCs like Kid Cudi, Nicki Minaj, Rick Ross, and Pusha T contributed rhymes; Bon Iver frontman Justin Vernon added auto-tuned choruses, and Elton John sang about lights, all while the likes of Q-Tip, RZA, and Pete Rock put it together from behind the boards.

Perhaps that’s what makes My Beautiful Dark Twisted Fantasy‘s first single, “Power”, fitting. No man except Kanye West could have that much power — he had the best rappers, the greatest producers hanging by his every word and his every rule. Before West managed to take over the real world, he had the rap world working together in earnest and secrecy to create one of the best albums of 2010. There was to be “total focus on the project in all studios,” which meant “No Blogging,” No Tweeting,” “No Hipster Hats,” and of course, to “Just Shut The Fuck Up Sometimes.” Then, on May 28th, West shared the result of all that power, a blitzing first single that summed up his last six months in just four minutes and 54 seconds. It was our first taste of West’s latest and perhaps greatest: 13-tracks of self reflection. It was also the first four minutes and 54 seconds in what would be a heavily orchestrated six-month publicity campaign.

Artist of the Year: Kanye West